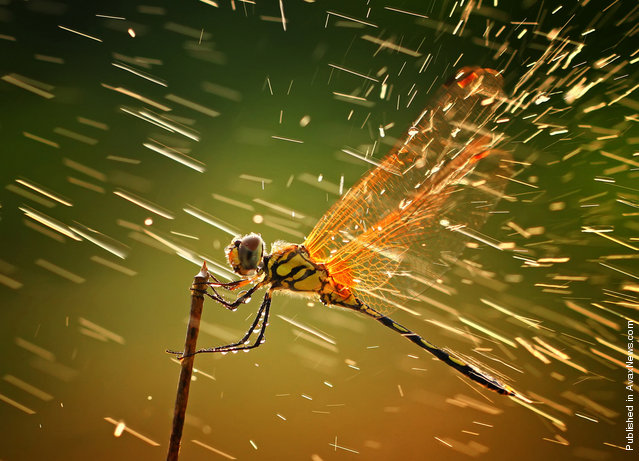 “Splashing”, Grand Prize Winner and winner of the Nature category. This photo was taken when I was taking photos of other insects, as I normally did during macro photo hunting. I wasn't actually aware of this dragonfly since I was occupied with other objects. When I was about to take a picture of it, it suddenly rained, but the lighting was just superb. I decided to take the shot regardless of the rain. The result caused me to be overjoyed, and I hope it pleases viewers. Location: Batam, Riau Islands, Indonesia. (© Shikhei Goh) 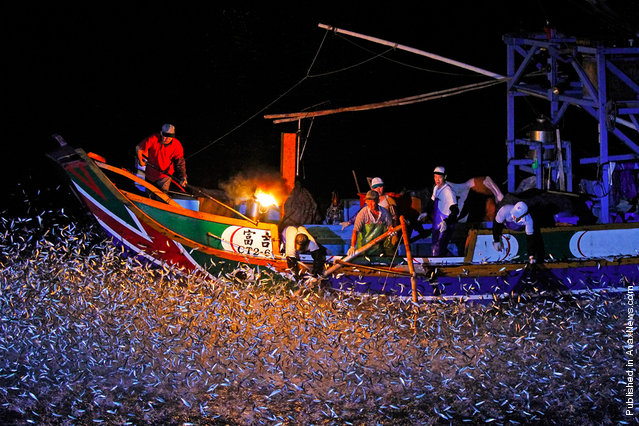 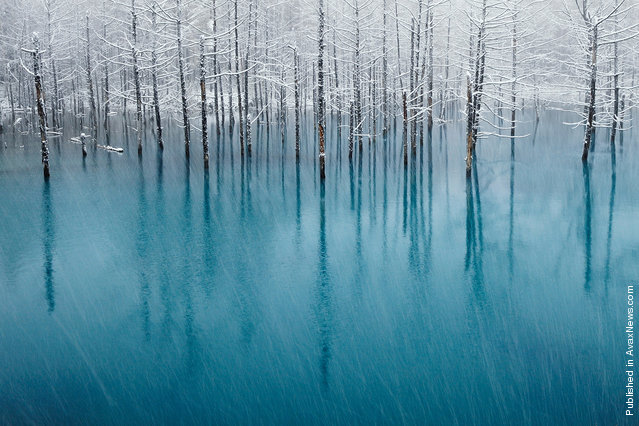 “Blue Pond & First Snow”, honorable mention in Nature category. The blue pond of the famous tourist resort. This is a place where many tourists gather in spring, summer, and autumn. However, since this pond freezes in winter, nobody is there during that period. This photograph is the moment of the first snow of the season falling on that blue pond. We can see the first snow of the season beginning at the end of October. Why is the pond blue? Because the underground hot spring ingredient is gushing. This blue pond changes color every day. I think that mystical blue and pure white snow are beautiful. All are nature's tints. Location: Biei, Hokkaido, Japan. (© Kent Shiraishi) 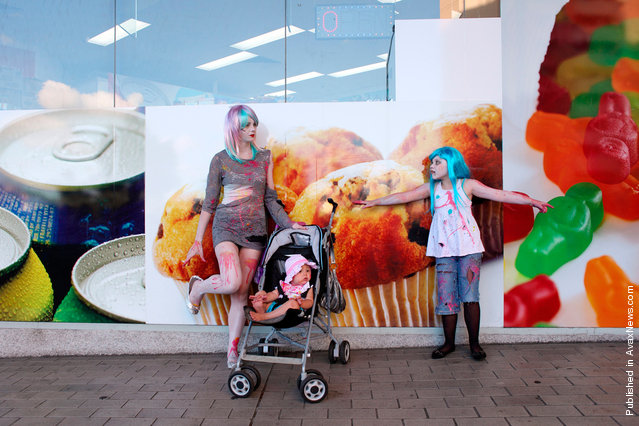 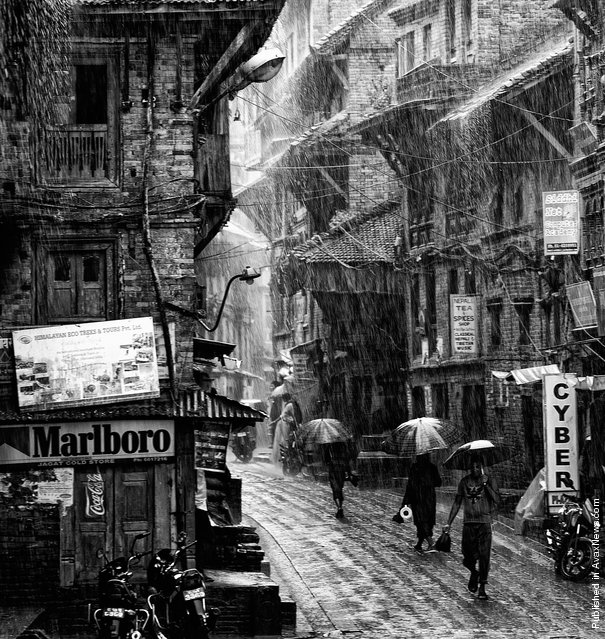 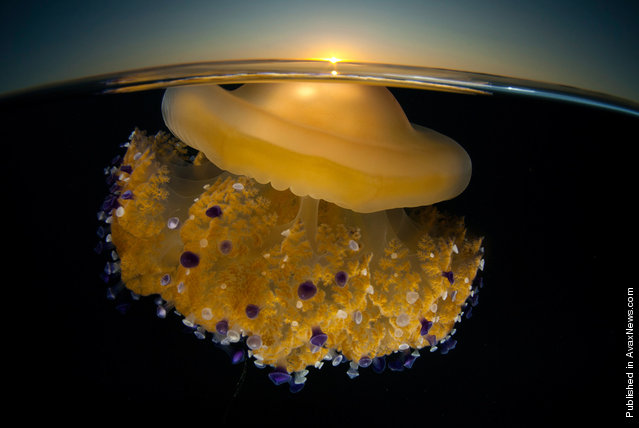 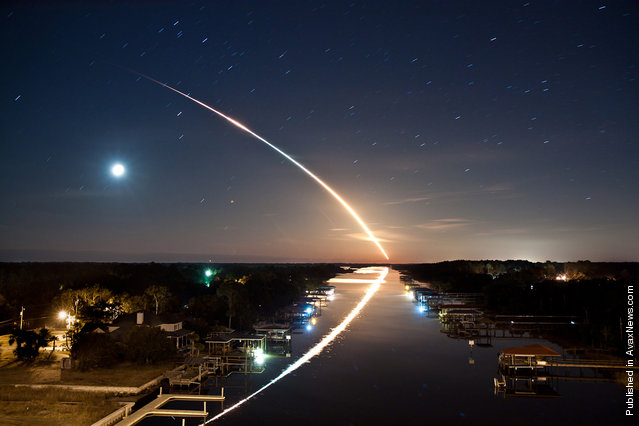 “Waterway to Orbit”, honorable mention in Places category. Space shuttle Endeavour STS-130 launches into orbit toward the east, as the stars and waning crescent moon trail toward the west, leaving a beautiful reflection on the Intracoastal Waterway in Ponte Vedra, Florida. This 132-second time exposure of the final night launch of a space shuttle, from launch through SRB separation, was taken 115 miles north of Launch Pad 39A at Kennedy Space Center. Location: Ponte Vedra, Florida. (© James Vernacotola) 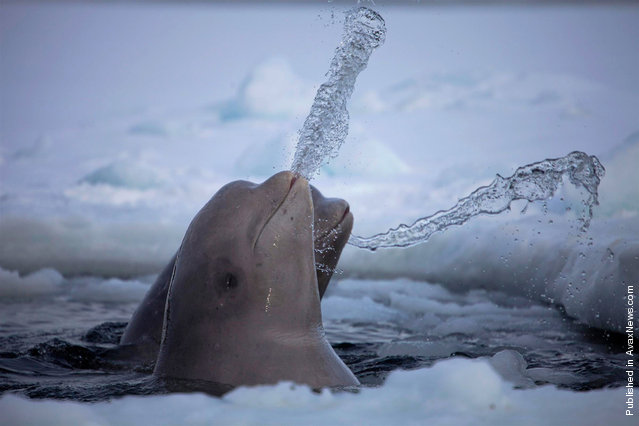