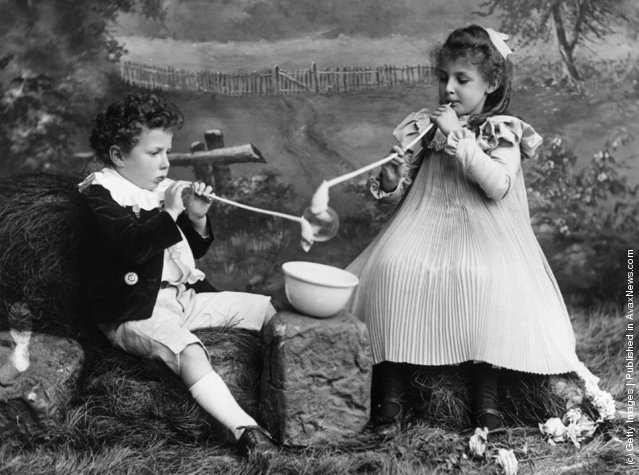 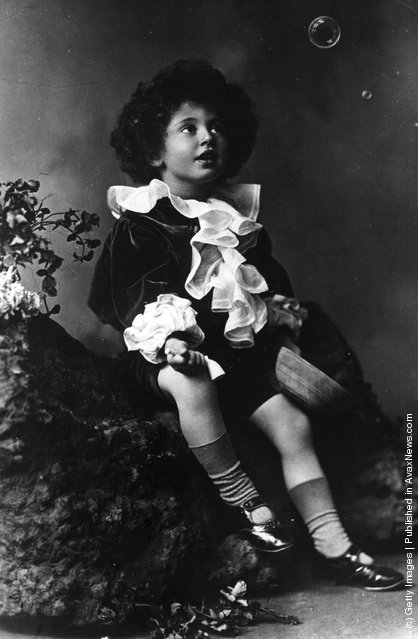 A little boy watching some bubbles float away in a pose similar to the famous painting by Sir John Millais. (Photo by W. & D. Downey/Getty Images). Circa 1880 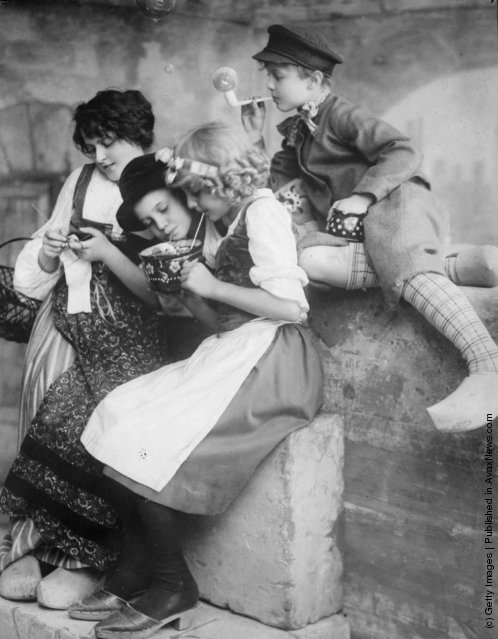 A group of children in national dress blowing bubbles with a pipe. (Photo by General Photographic Agency/Getty Images). Circa 1925 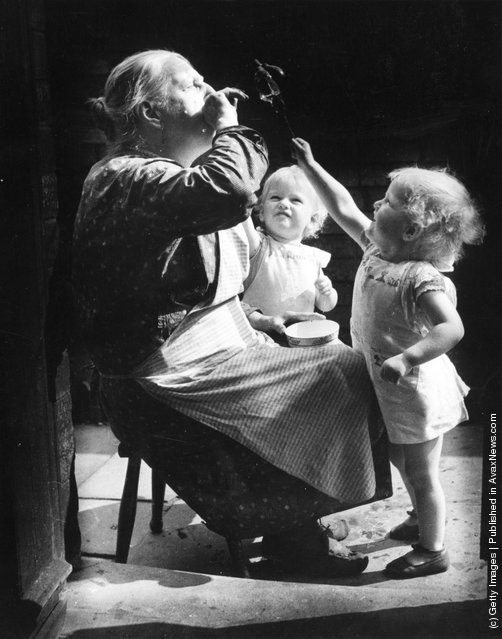 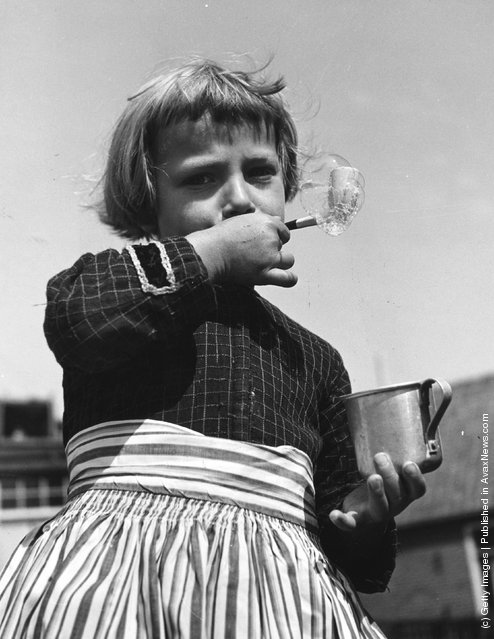 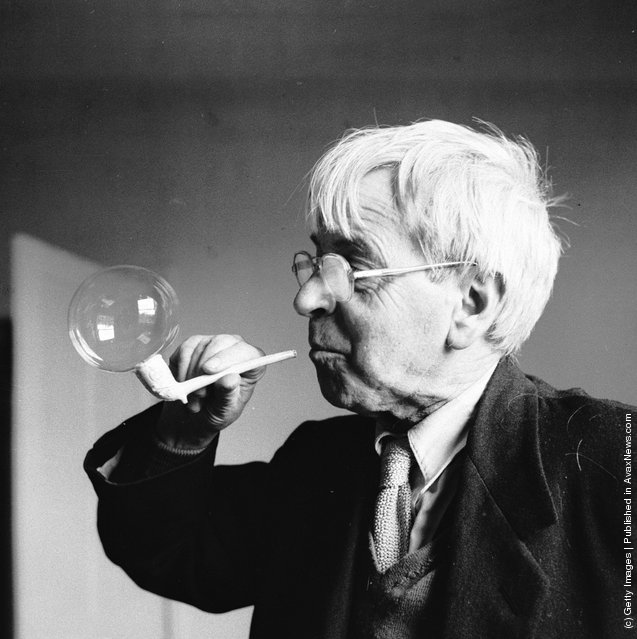 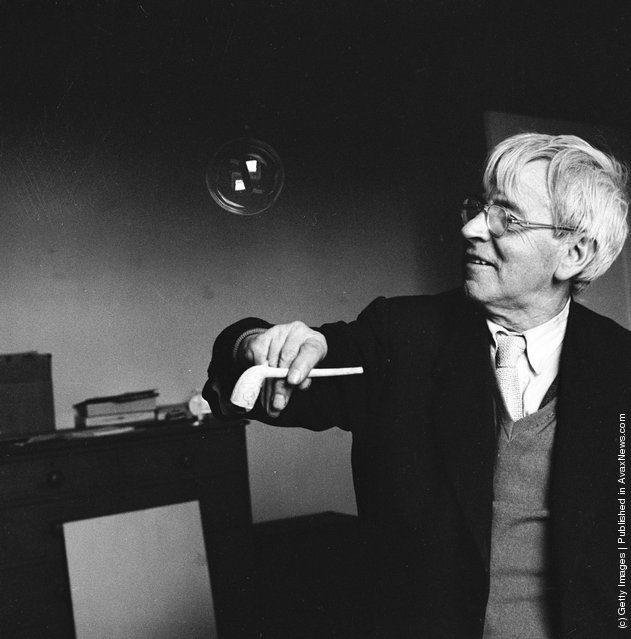 English figurative painter Stanley Spencer (1891–1959) blowing bubbles with a clay pipe, recovered from the house of his birth in Cookham, Berkshire. (Photo by John Pratt/Keystone Features/Getty Images). 7th May 1959 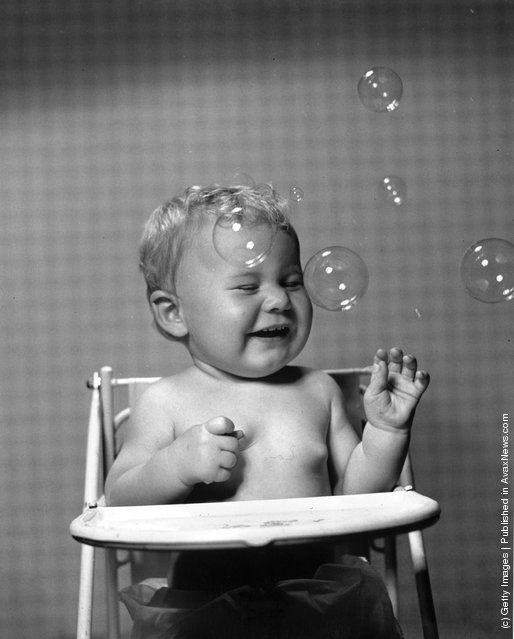 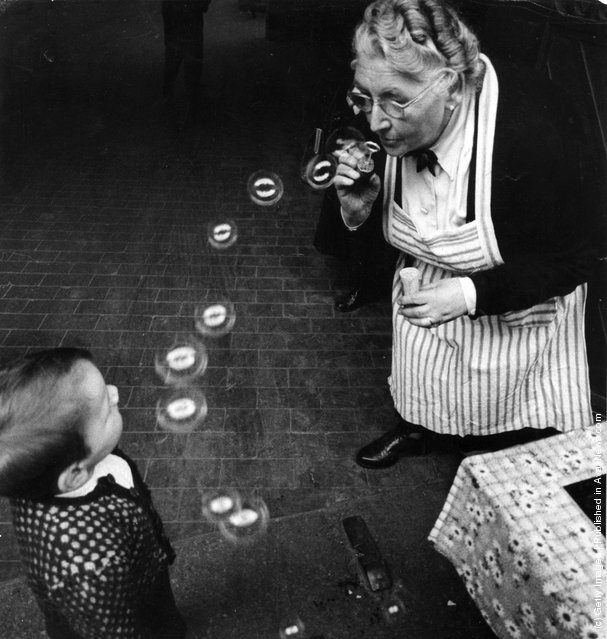 An elderly lady amuses a small boy by blowing a stream of bubbles in a street in Basel, Switzerland. (Photo by Erich Auerbach/Getty Images). Circa 1940 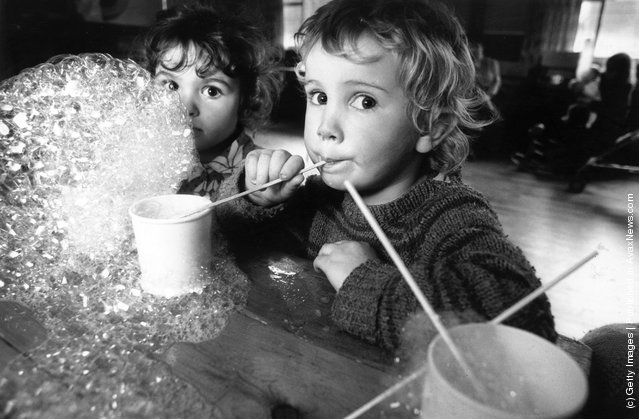 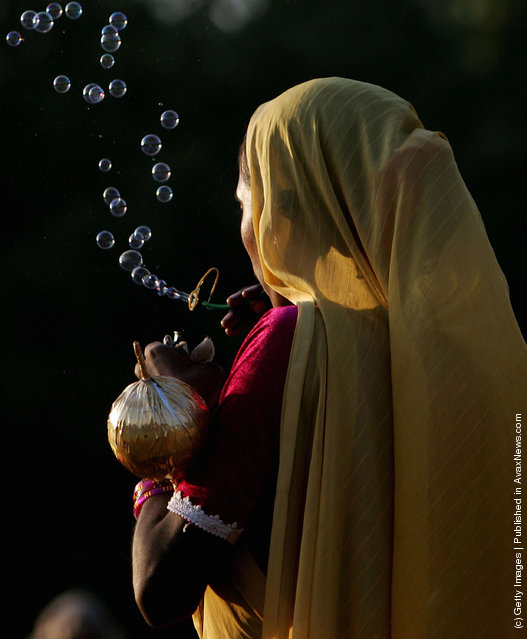 A woman blows bubbles during the Dasara Festival at Shivagee Park on October 22, 2004 in Mumbai, India. The festival honours the victory of the Devas, the forces of righteousness, over the Asuras, the forces of evil. (Photo by Hamish Blair/Getty Images) 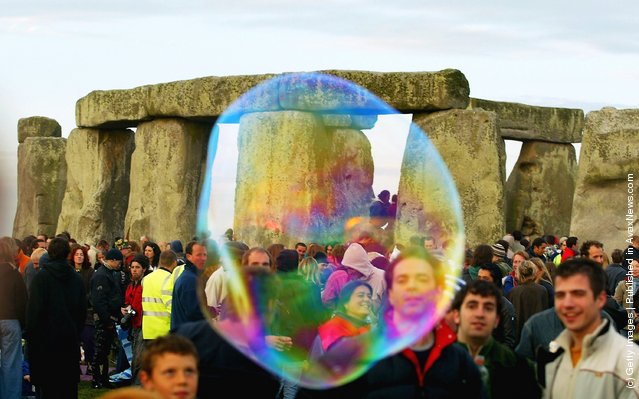 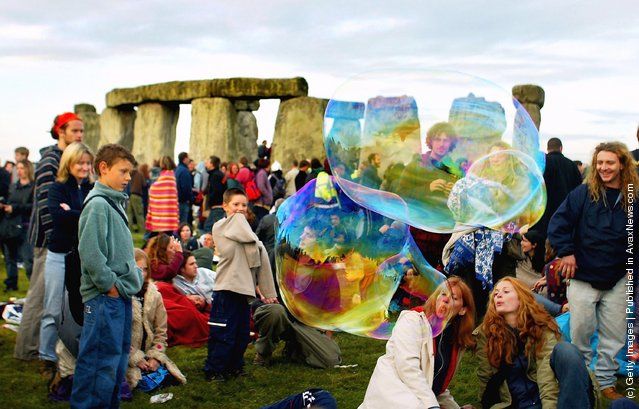 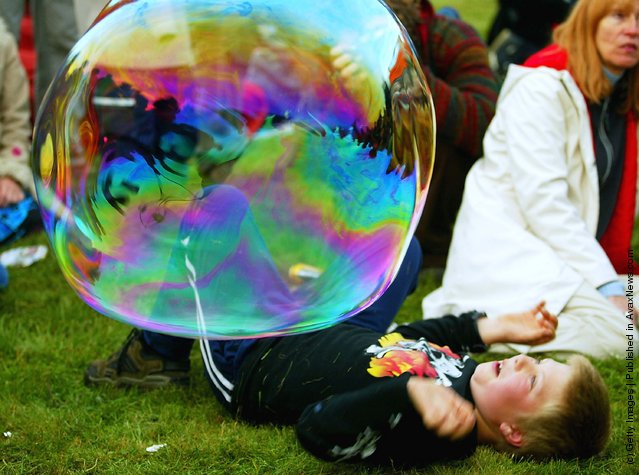 A boy balances a bubble at Stonehenge on the day of the Summer Solstice June 21, 2003 in Wiltshire, England. (Photo by Scott Barbour/Getty Images) 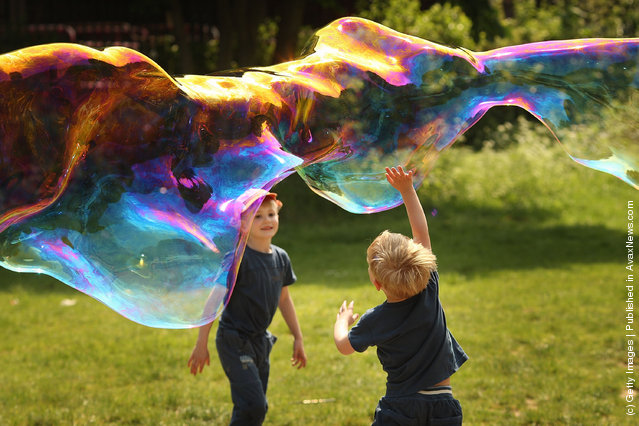 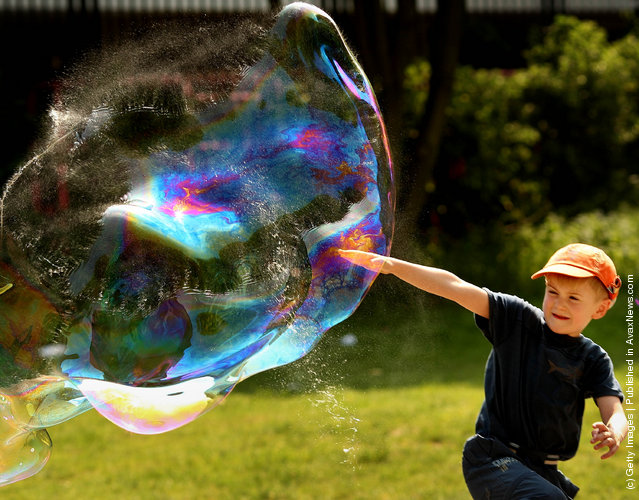 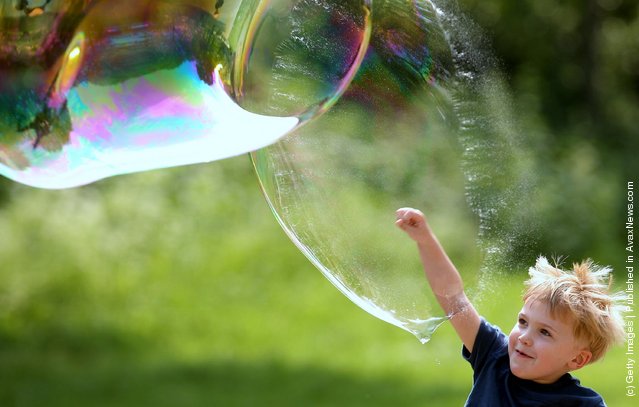 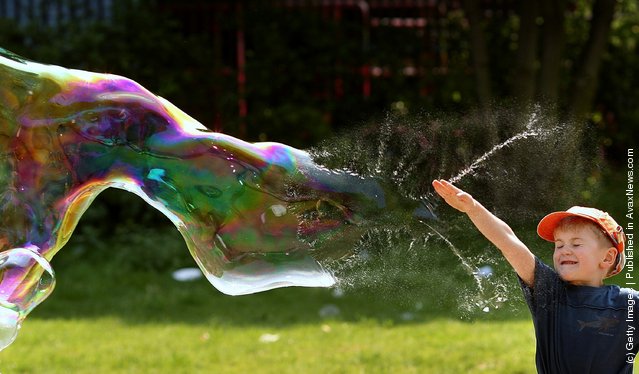 Seven year old Jacob Stanley, from Dublin, reaches up to puncture a giant bubble on London's South Bank on May 9, 2008 in England. (Photo by Peter Macdiarmid/Getty Images) 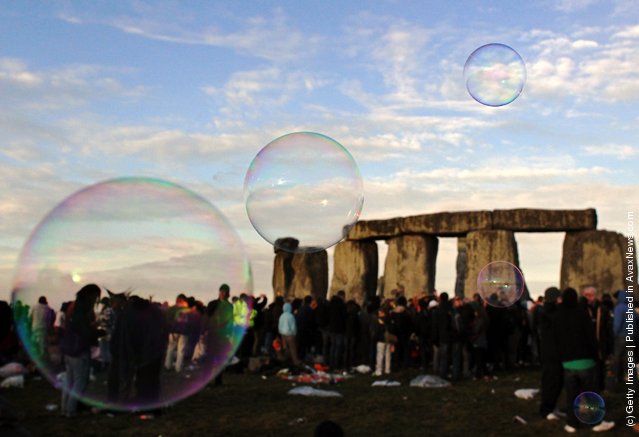 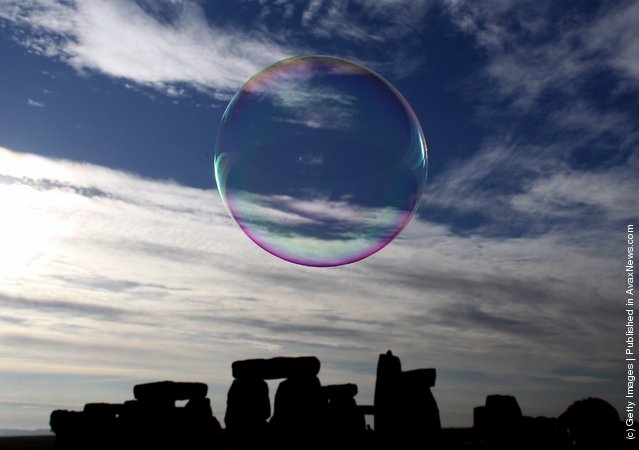 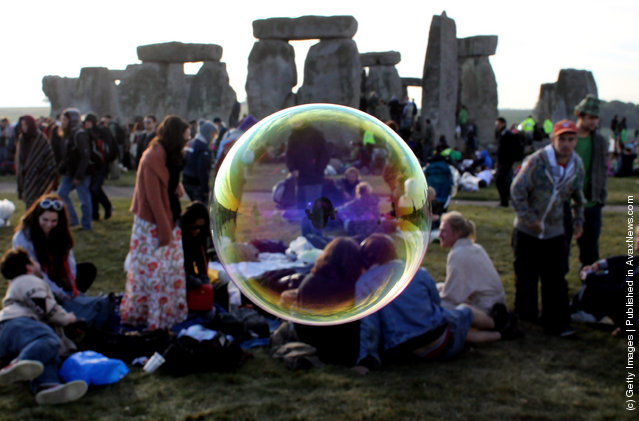 Bubbles float past as revellers watch as the midsummer sun rises just after dawn over the megalithic monument of Stonehenge on June 21, 2010 on Salisbury Plain, England. (Photo by Matt Cardy/Getty Images) 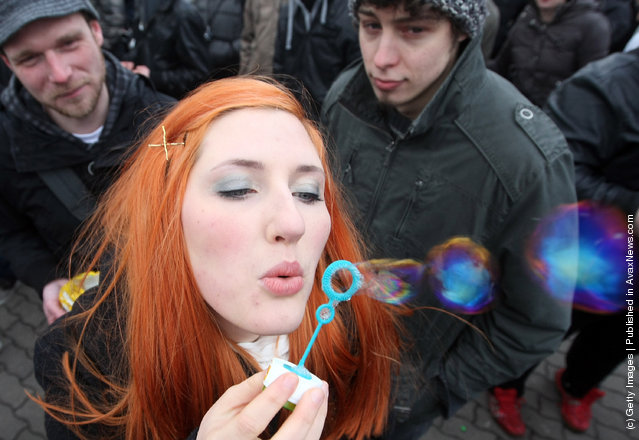 An activist blows bubbles during a demonstration against the Anti-Counterfeiting Trade Agreement (ACTA) on February 25, 2012 in Berlin, Germany. (Photo by Adam Berry/Getty Images) 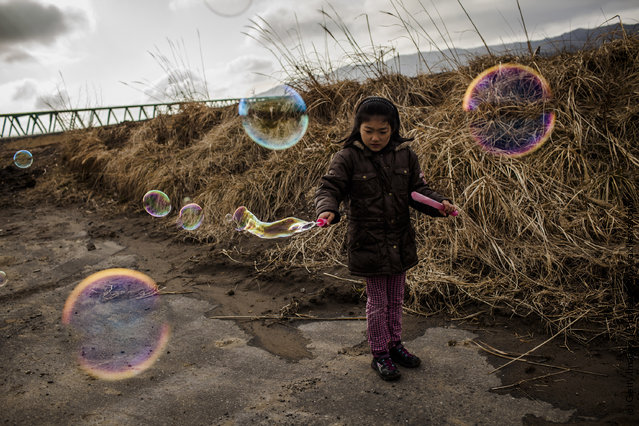 Hikari Oyama, 8, plays with bubbles, after she and her grandmother payed their respects at the memorial to victims of the last year's tsunami at the Okawa Elementary School, where 74 children were killed and 4 are still missing, on March 11, 2012 near Ishinomaki, Japan. “I thought bubble suits better for children rather than incense sticks, so that is why I play with bubble here. and it always makes people laugh and relax” Oyama's grandmother said. On the one year anniversary, the areas most affected by last year's March 11, 2011 earthquake and subsequent tsunami that left 15,848 dead and 3,305 missing according to Japan's National Police Agency, continue to struggle. (Photo by Daniel Berehulak /Getty Images) 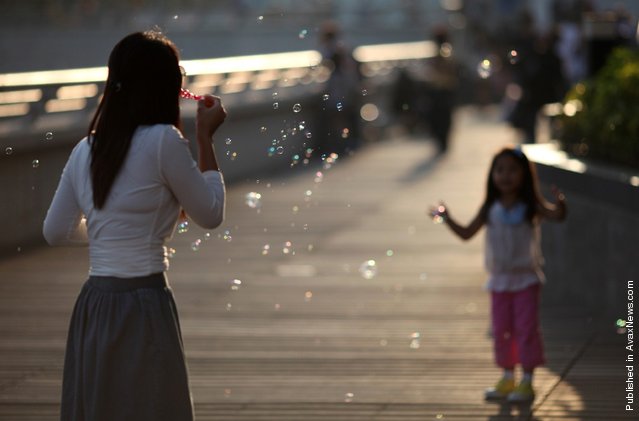