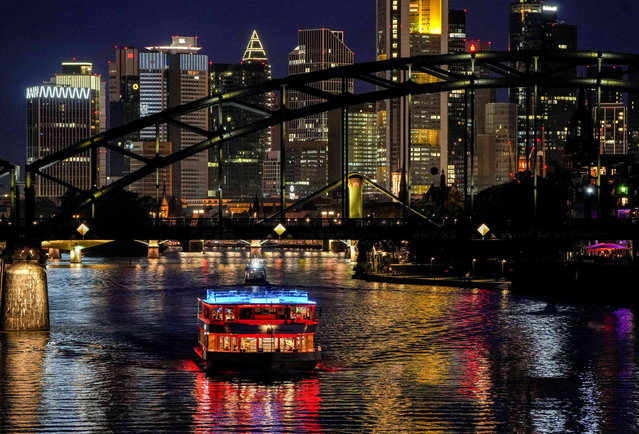 An illuminated party boat cruises over the river Main with the European Central Bank at right in Frankfurt, Germany, Saturday, October 2, 2021. (Photo by Michael Probst/AP Photo) 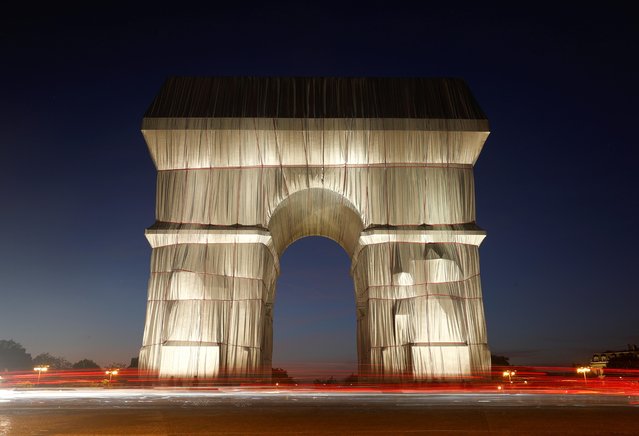 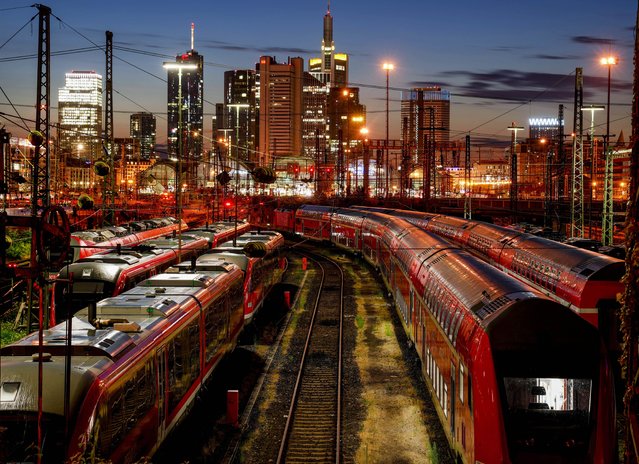 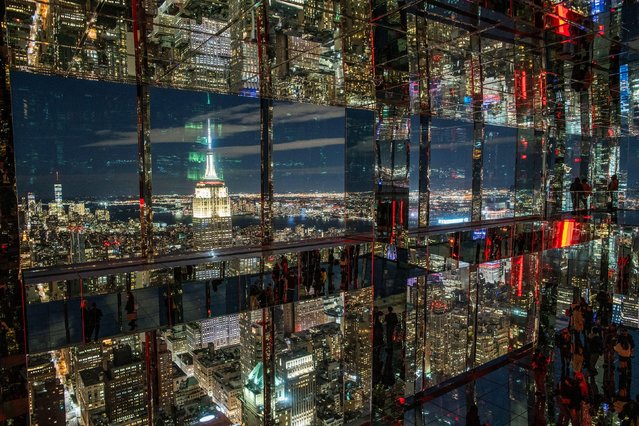 People attend the preview of SUMMIT One Vanderbilt observation deck, which is spread across the top four floors of the new One Vanderbilt tower in Midtown Manhattan, in New York City, New York, U.S., October 18, 2021. (Photo by Eduardo Munoz/Reuters) Long exposure photo shows an aircraft flying over the buildings of the banking district in Frankfurt, Germany, before sunrise on Sunday, October 3, 2021. (Photo by Michael Probst/AP Photo) 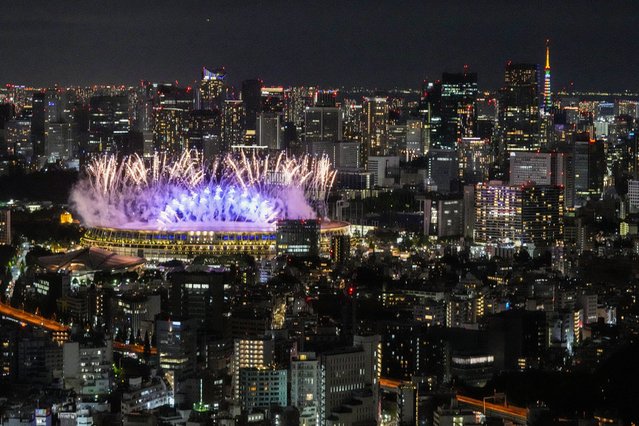 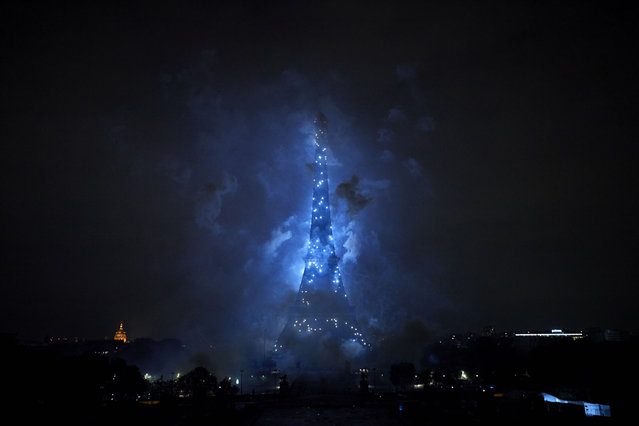 Fireworks light up the Eiffel Tower as part the annual Bastille Day Celebrations on July 14, 2021 in Paris, France. The firework display was designed around the theme of “Freedom” after more than a year of France living with the Covid-19 Pandemic. On Monday French President Emmanuel Macron announced new restrictions to combat the rise of the Delta variant in France which has led to the reduction of some Bastille Day celebrations. (Photo by Kiran Ridley/Getty Images) 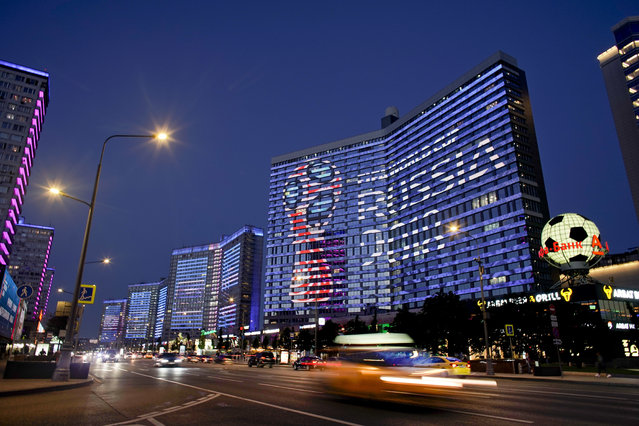 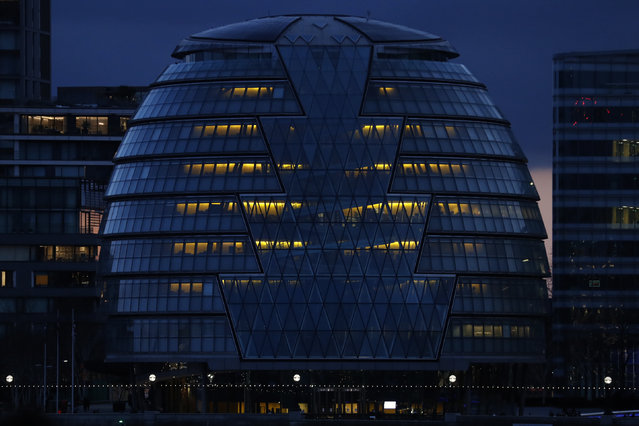 City Hall on the south bank of the Thames in London is illuminated in the evening of Saturday, March 6, 2021. (Photo by Alastair Grant/AP Photo) 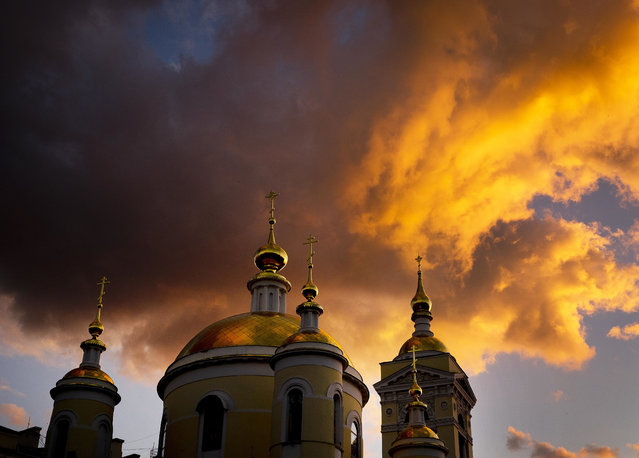 In this Tuesday, June 19, 2018 filer, clouds are illuminated by the sun setting sun over a church during the 2018 soccer World Cup in Podolsk near Moscow, Russia. (Photo by Michael Probst/AP Photo) 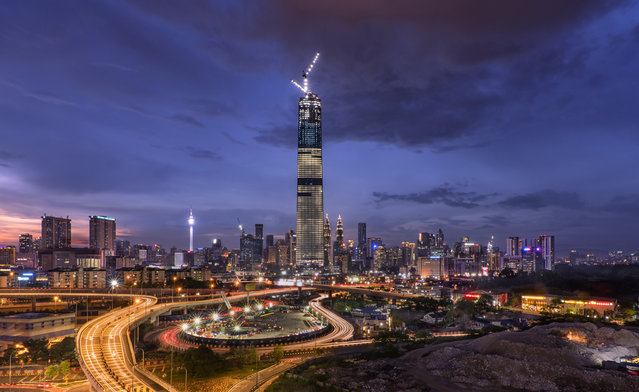 This March 30, 2018 photo, shows the The Exchange 106 under construction within the Tun Razak Exchange (TRX) area, a new financial district currently being developed in Kuala Lumpur, Malaysia. Malaysian scandal-plagued Prime Minister Najib Razak is seeking a third term in office during the May 9 general election, but faces an unprecedented challenge from a rejuvenated opposition led by his former mentor and strongman Mahathir Mohamad. (Photo by Yeen Ling Chong/AP Photo) 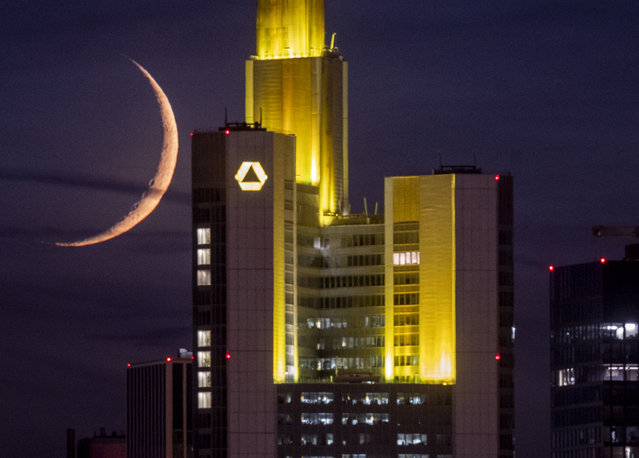 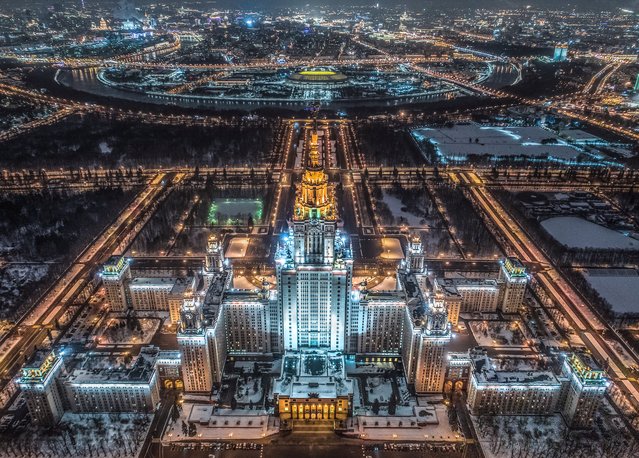 An aerial view taken with a drone in Moscow on January 27, 2018 shows the main building of the Moscow State University, Luzhniki Stadium and the Moskva River. (Photo by Dmitry Serebryakov/AFP Photo) 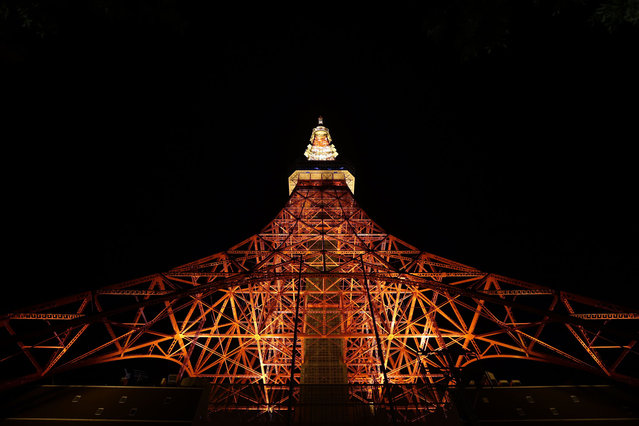 A night view of Tokyo Tower after the 2020 Tokyo Olympic Games in Tokyo, Japan on August 09, 2021. (Photo by Ali Atmaca/Anadolu Agency via Getty Images) 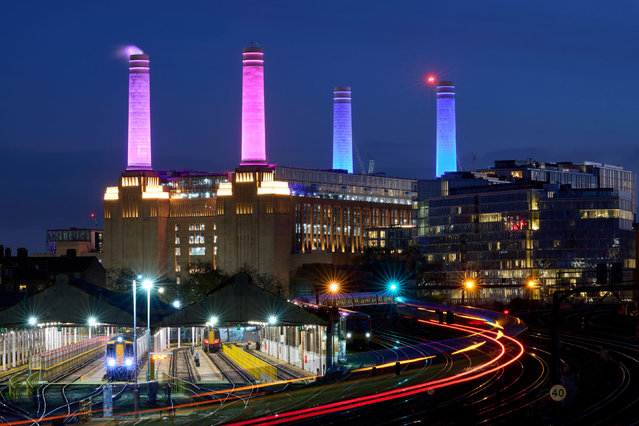