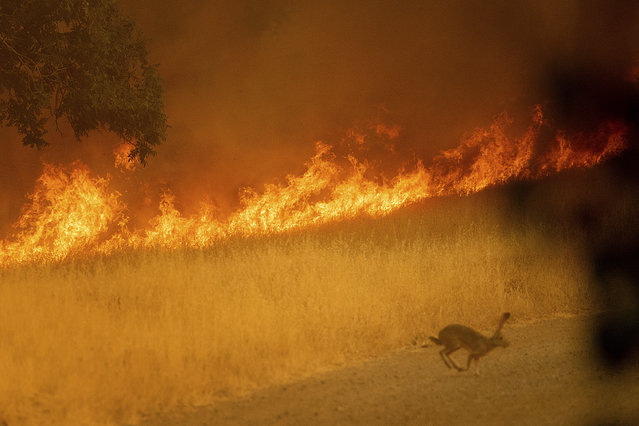 A rabbit flees as a wildfire burns in Guinda, Calif., Sunday July 1, 2018. Evacuations were ordered as dry, hot winds fueled a wildfire burning out of control Sunday in rural Northern California, sending a stream of smoke some 75 miles (120 kilometers) south into the San Francisco Bay Area. (Photo by Noah Berger/AP Photo) 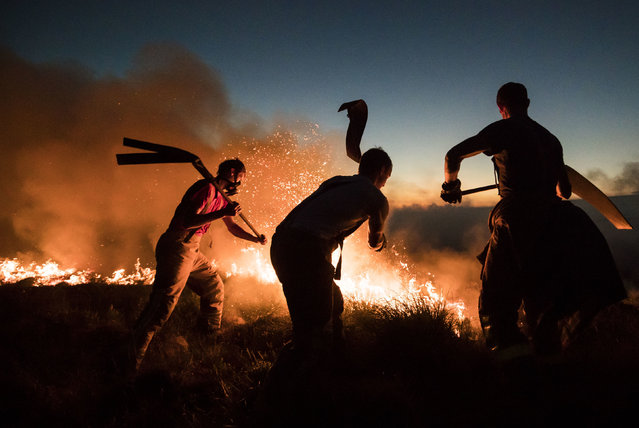 In this photo taken on Thursday, June 28, 2018, firefighters tackle a wildfire on Winter Hill near Bolton, England. Dozens of people have been evacuated from homes in northwest England as firefighters continue to tackle a blaze spreading across tinder-dry moorland. (Photo by Danny Lawson/PA Wire via AP Photo) 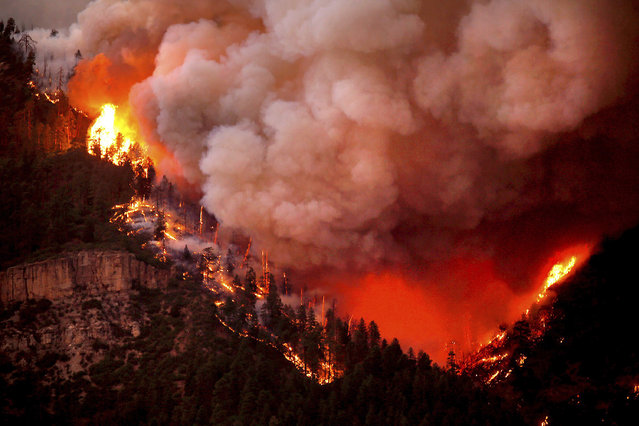 In this photo taken Wednesday, June 6, 2018, the 416 Fire burns down Hermosa Cliffs above U.S. Highway 550 on the southeast side of the fire near Hermosa, Colo. (Photo by Jerry McBride/Durango Herald via AP) 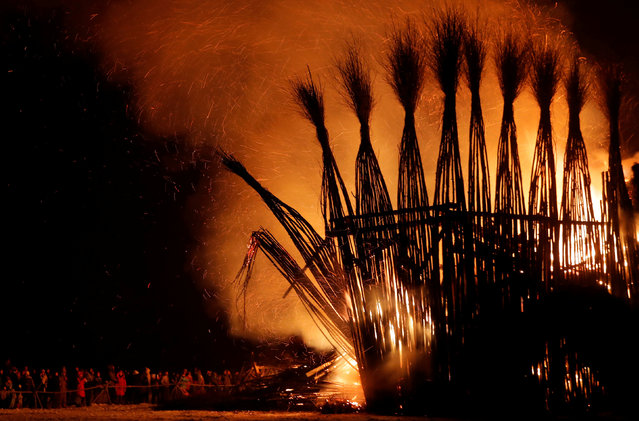 Spectators look at the burning installation during a performance devoted to Maslenitsa, or Pancake Week, a pagan holiday marking the end of winter, in the village of Nikola-Lenivets, Kaluga region, Russia, February 17, 2018. (Photo by Maxim Shemetov/Reuters) 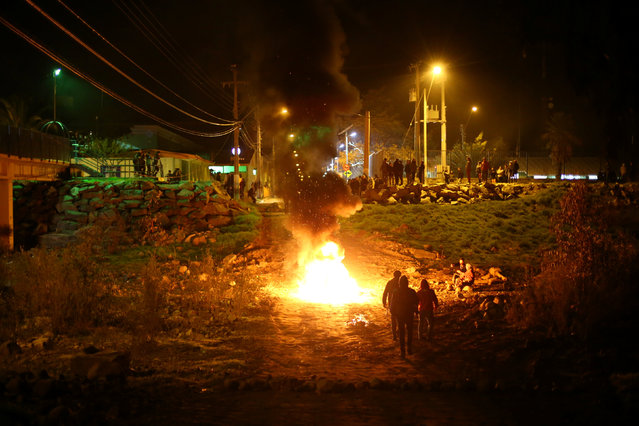 Locals make barricades as they gather to protest against a new industrial waste processing facility that is being constructed in Til Til, Chile, August 15, 2017. (Photo by Ivan Alvarado/Reuters) 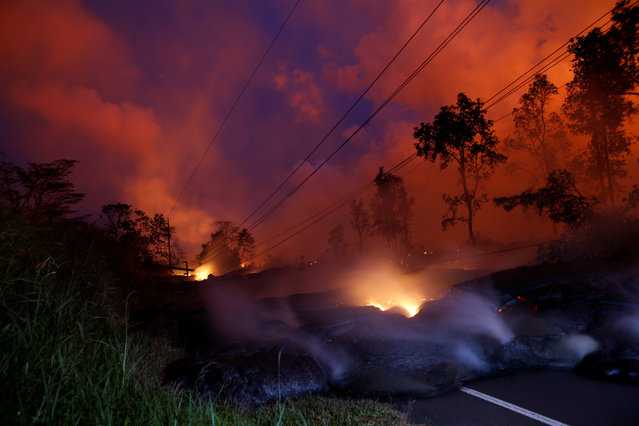 Volcanic gases rise from the Kilauea lava flow that crossed Pohoiki Road near Highway 132, near Pahoa, Hawaii, May 28, 2018. (Photo by Marco Garcia/Reuters) 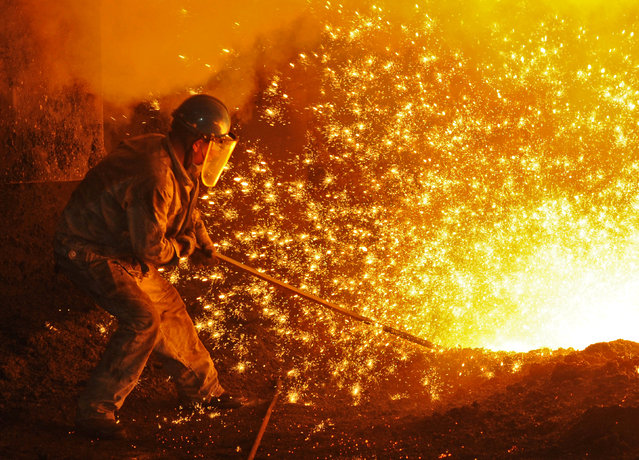 An employee works next to molten iron at a steel mill of Dongbei Special Steel in Dalian, Liaoning province, China July 17, 2018. (Photo by Reuters/China Stringer Network) 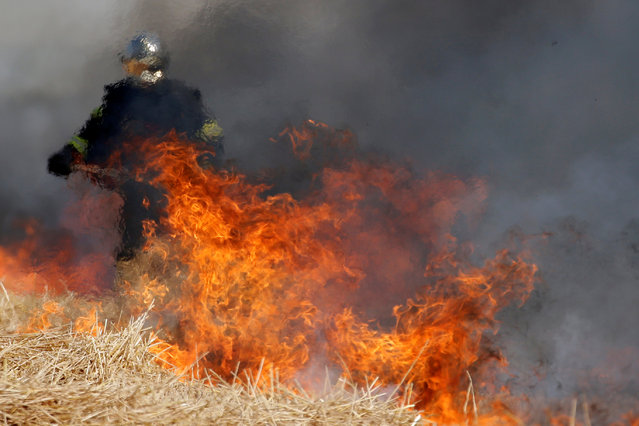 A French fireman uses a shovel behind flames in a burning field of barley during harvest season in Niergnies, France, July 17, 2018. (Photo by Pascal Rossignol/Reuters) 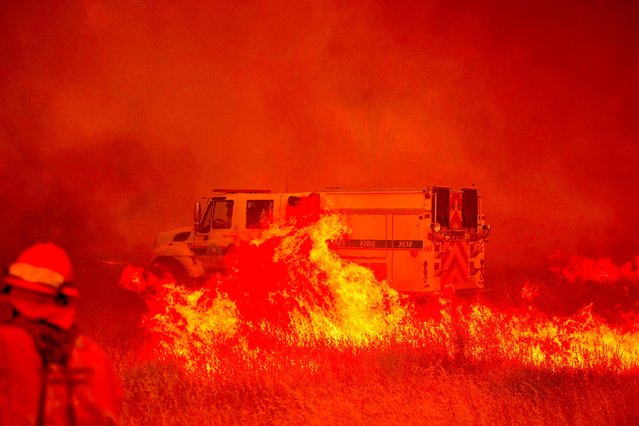 A fire vehicle is surrounded by flames as the Pawnee fire jumps across highway 20 near Clearlake Oaks, California on July 1, 2018. More than 30,000 acres have burned in multiple fires throughout the region. (Photo by Josh Edelson/AFP Photo) An aerial view taken with a drone on February 17, 2018 shows spectators as they watch the burning of a thirty- meter structure built of twigs and debris made in the form of a Gothic style building by Russian artist Nikolay Polissky during the celebration of Shrovetide (Maslenitsa) in the village of Nikola- Lenivets, Kaluga region, some 220 km (140 miles) outside Moscow. Shrovetide or Maslenitsa is an ancient farewell ceremony to winter, traditionally celebrated in Belarus, Russia and Ukraine and involves the burning of a large effigy. German Vinogradov, performance artist at Nikola- Lenivets, turned the huge art object into an openwork burning building, according to organizers. (Photo by Dmitry Serebryakov/AFP Photo) Buddhists carry candles as they pray during the Vesak Day, an annual celebration of Buddha's birth, enlightenment and death, at a temple in Chonburi province, Thailand, May 29, 2018. (Photo by Athit Perawongmetha/Reuters) 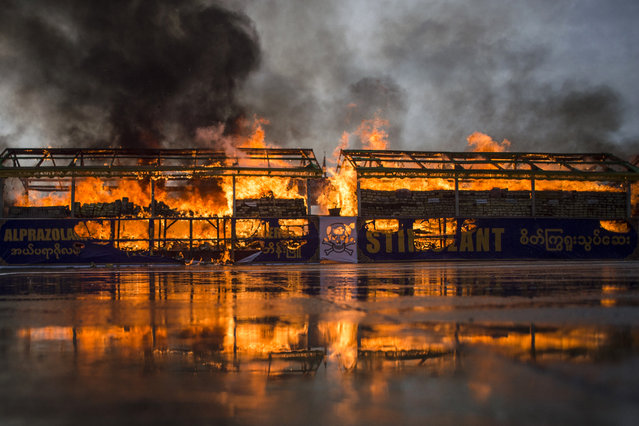 Myanmar law enforcement authorities burn seized illegal drugs worth 187 million USD marking the International Day against Drug Abuse and Illicit Trafficking during a ceremony in Yangon on June 26, 2018. The ceremony was among several destruction events that took place on June 26 across Southeast Asia, home to the infamous “Golden Triangle”, a zone bisecting Thailand, Myanmar, China and Laos that is the world's second largest drug producing area. (Photo by Ye Aung Thu/AFP Photo) 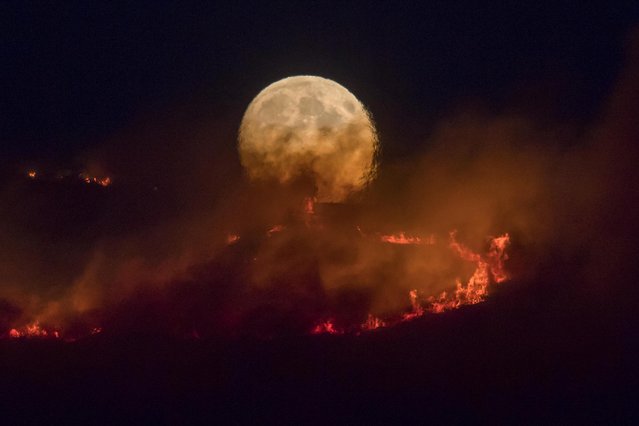 The full moon rises behind burning moorland as a large wildfire sweeps across the moors between Dovestones and Buckton Vale in Stalybridge, Greater Manchester on June 26, 2018 in Stalybridge, England. (Photo by Anthony Devlin/Getty Images) 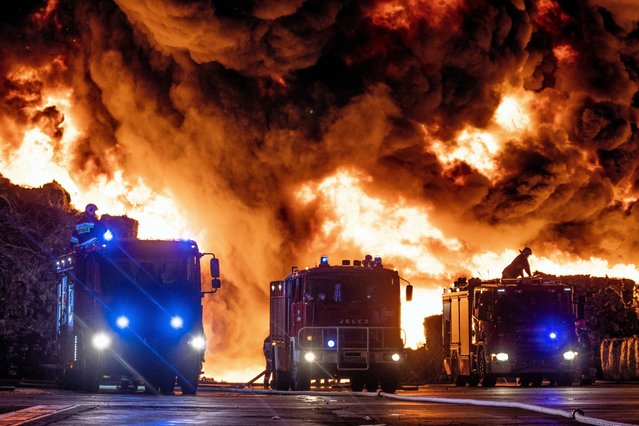 Emergency services respond to a fire at an illegal landfill site in Zgierz, near Lodz, central Poland, early 26 May 2018. According to media reports, almost 250 firefighters were trying to extinguish the hazardous fire of illegal waste in the landfill, which reportedly started on 25 May night. (Photo by Grzegorz Michalowski/EPA/EFE/Rex Features/Shutterstock) 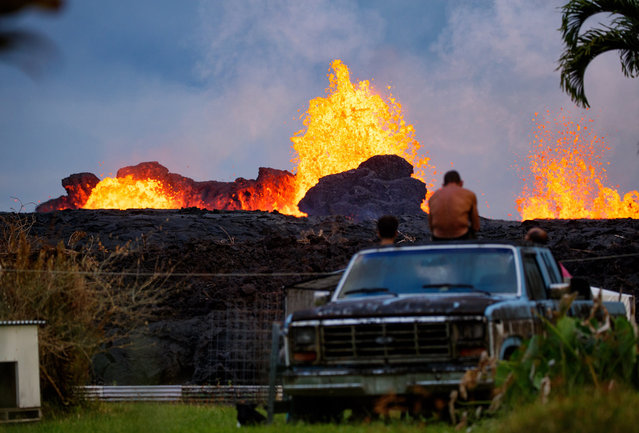 Several residents of Leilani Estates watch fountaining at fissure 7 from the bed of an abandoned vehicle in their friend's backyard,Pahoa, Hawaii, USA, 26 May 2018 (issued 27 May 2018). More homes have been consumed as the eruptions progress. (Photo by Bruce Omori/EPA/Paradise Helicopters)
Edit Del
19 Jul 2018 00:01:00, post received 0 comments
Publication archive:
←   →
Popular tags:
All tags
Last searches: