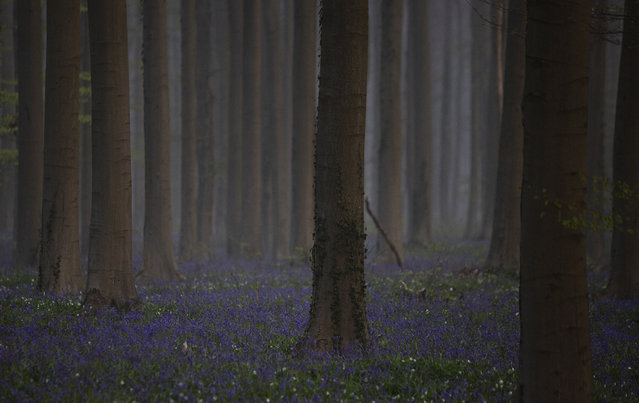 Morning fog begins to lift as bluebells, also known as wild Hyacinth, bloom on the forest floor of the Hallerbos in Halle, Belgium, Tuesday, April 20, 2021. There is no stopping flowers when they bloom or blossoms when they burst in nature, but there are efforts by some local authorities to limit the viewing. Due to COVID-19 restrictions visits to the forest to see the flowers has been discouraged for a second year in a row. (Photo by Virginia Mayo/AP Photo) 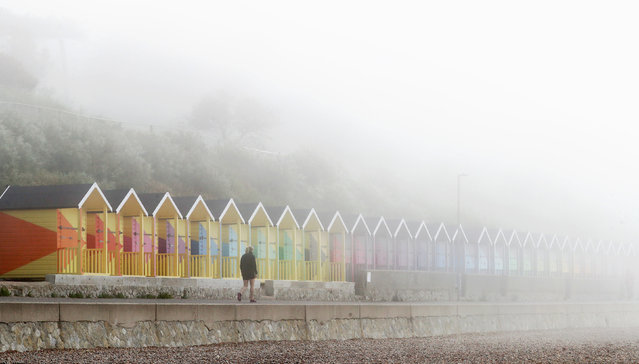 A lady walks along the promenade during a foggy morning in Folkestone, Kent, United Kingdom on Monday, June 7, 2021. (Photo by Gareth Fuller/PA Images via Getty Images) 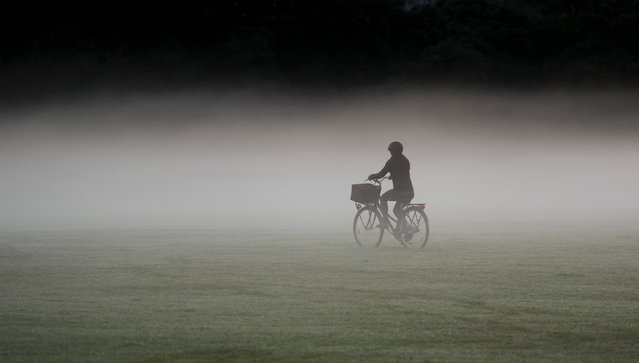 A woman rides her bicycle through a heavy mist in a park as the sun rises in Sydney, Australia, Tuesday, May 25, 2021. (Photo by Mark Baker/AP Photo) 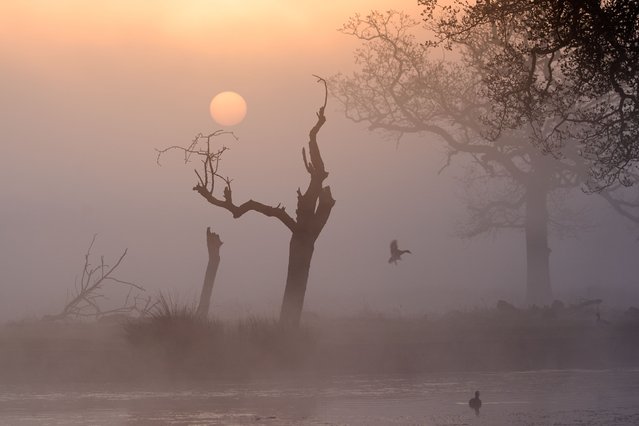 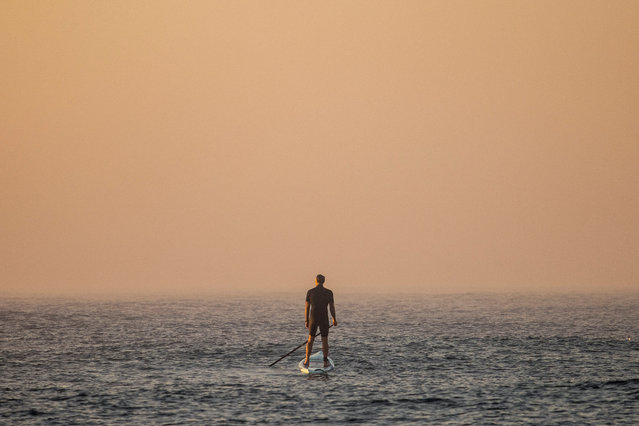 Heavy smoke haze and fog blankets Maroubra Beach on May 03, 2021 in Sydney, Australia. Fog combined with smoke haze has blanketed Sydney on Monday morning, with visibility reduced across the city. The smoke haze continues to linger across NSW following hazard reduction burns over the weekend. (Photo by Brook Mitchell/Getty Images) 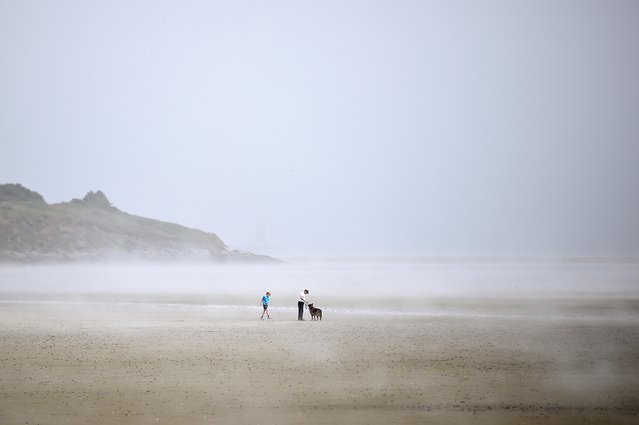 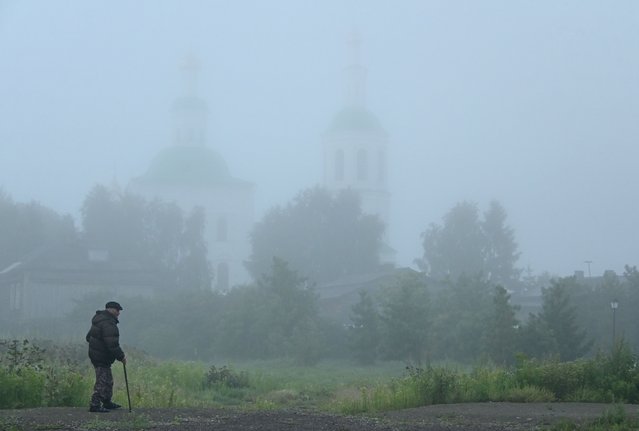 A man walks near a church on a foggy morning in the town of Tara in Omsk Region, Russia on July 18, 2021. (Photo by Alexey Malgavko/Reuters) 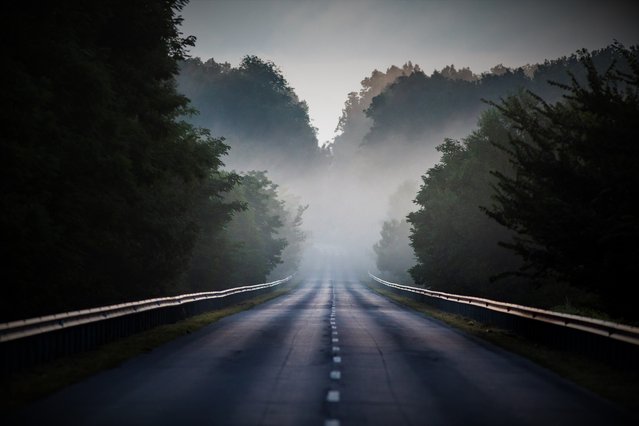 Icelandic horses play in their paddock at a stud farm in Wehrheim near Frankfurt, Germany, as a mist rolls in on Thursday, August 5, 2021. (Photo by Michael Probst/AP Photo) 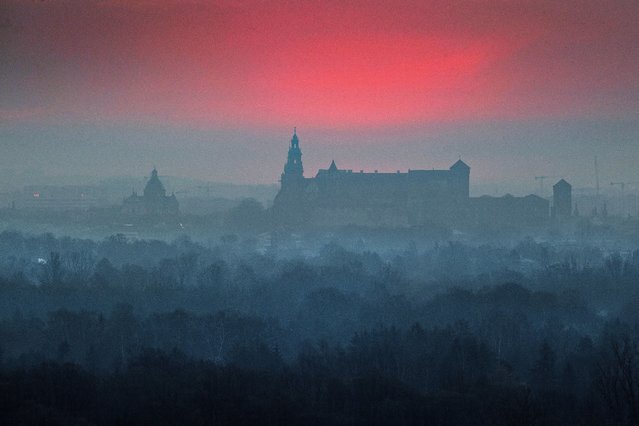 An image taken with a drone shows an aerial view of the Wawel Castle at sunrise in Krakow, southern Poland, 26 April 2021. The Wawel Royal Castle is a castle residency located in central Krakow and the first UNESCO World Heritage Site in the world. (Photo by Lukasz Gagulski/EPA/EFE) 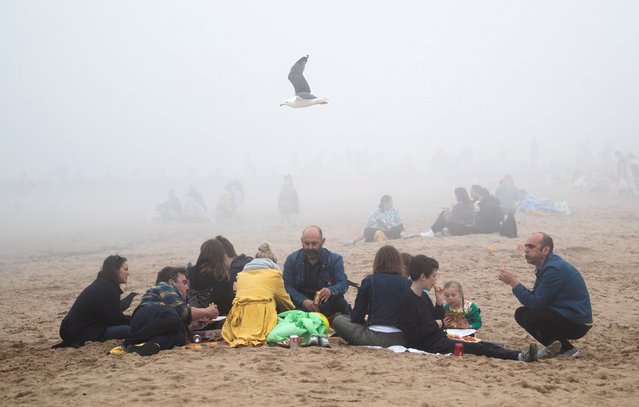 People on Edinburgh's Portobello Beach on May 30, 2021surrounded by mist, with the bank holiday weekend expected to bring blue skies and widespread sunshine most of the east coast of Scotland has experienced haar and sea mist. (Photo by Jane Barlow/PA Images via Getty Images) 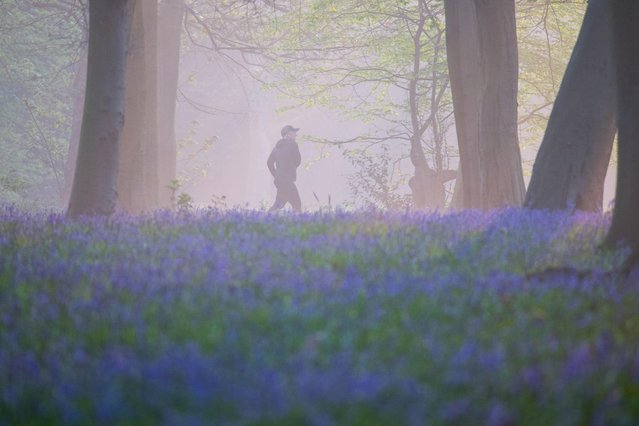 A patch of bluebells in Wanstead Park, east London, make for a pleasant view for this runner on April 21, 2021. (Photo by Stefan Rousseau/PA Images via Getty Images) 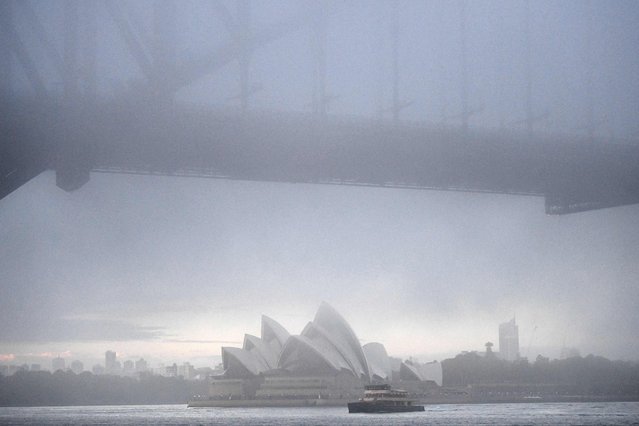 A ferry makes its way in front of the Sydney's iconic Opera House on July 2, 2021 as heavy fog blanketed the city. (Photo by Saeed Khan/AFP Photo) 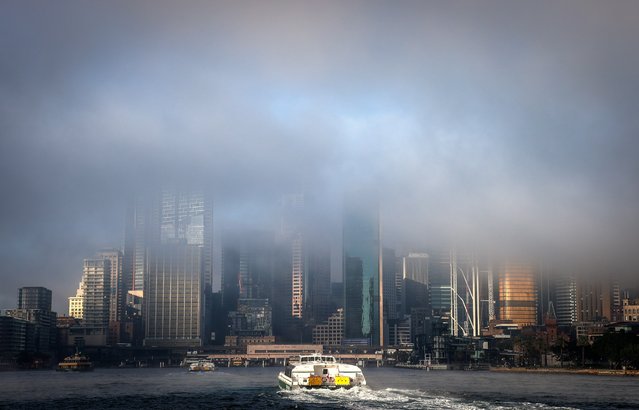 Fog covers buildings in the city as a ferry heads towards Circular Quay on June 11, 2021 in Sydney, Australia. Fog caused delays to ferry services and for drivers into the city due to reduced visibility. (Photo by David Gray/Getty Images) 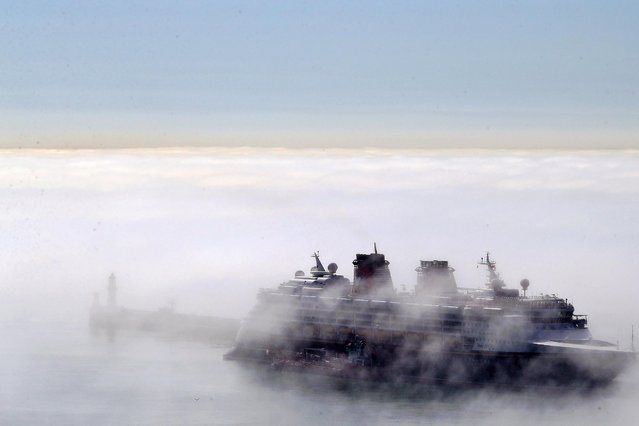 The Disney Magic cruise ship is shrouded in fog during a foggy morning at the Port of Dover in Kent, United Kingdom on Monday, June 7, 2021. (Photo by Gareth Fuller/PA Images via Getty Images) 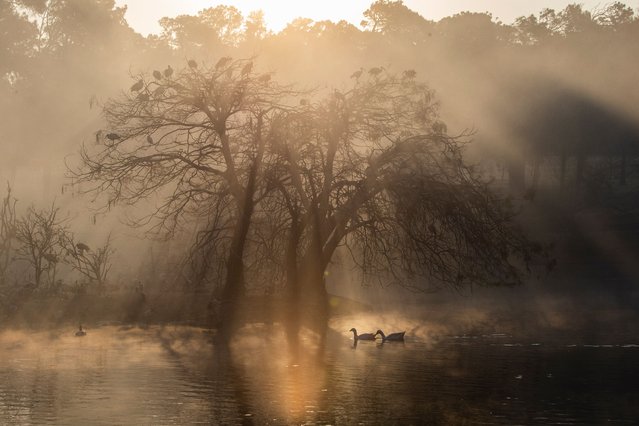 The morning sun rises behind the Zoo lake bird colony which is on an island in the popular lake in Johannesburg, South Africa, 17 August 2021. The bird colony sees hundreds of ibis birds roosting overnight in the trees on the island before they fly to various other areas in the city during the day. (Photo by Kim Ludbrook/EPA/EFE)
Edit Del
07 Oct 2021 08:10:00, post received 0 comments
Publication archive:
←   →
Popular tags:
All tags
Last searches: