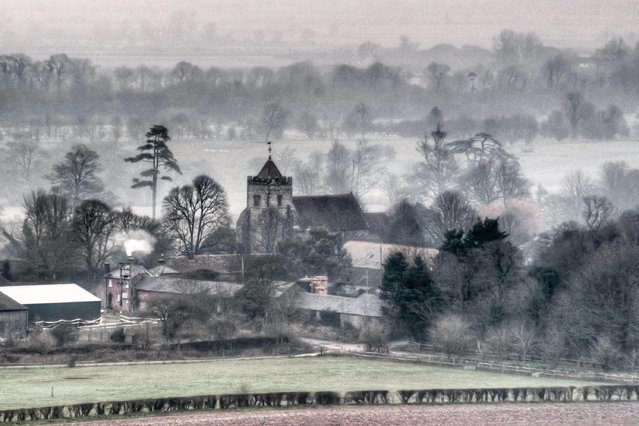 Fog, not firework smoke, shrouded Firle in East Sussex on the first morning of the new year on January 1, 2020. (Photo by David Burr/Alamy Live News) 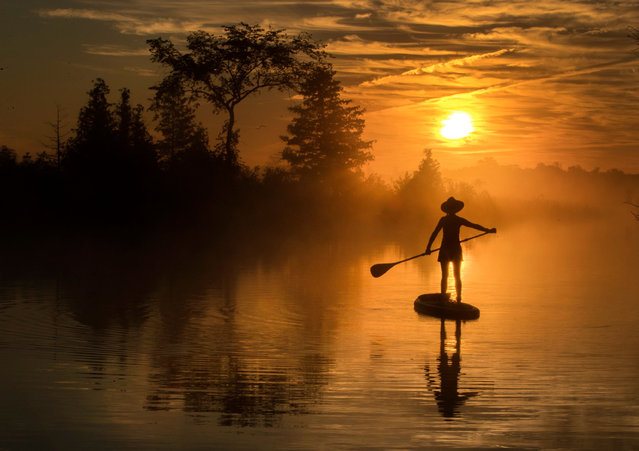 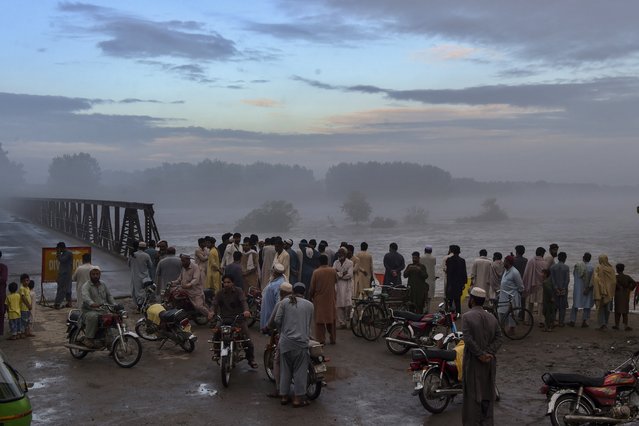 Local residents gather to watch the swallen Charsadda river flow under a bridge following heavy monsoon rainfalls, on the outskirts of Peshawar on September 2, 2020. (Photo by Abdul Majeed/AFP Photo) 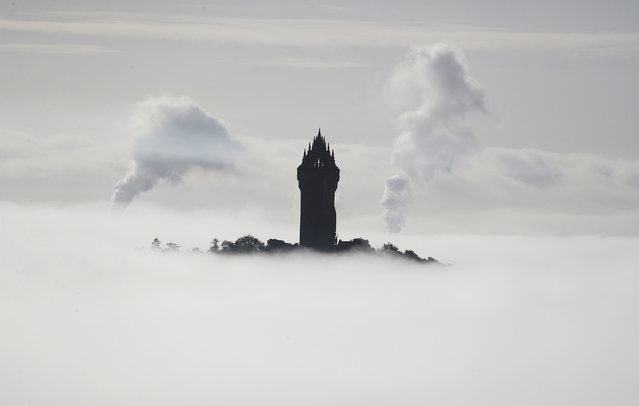 The Wallace Monument is shrouded in fog as it floats through the Carse of Stirling, Scotland on September 29, 2020. (Photo by Andrew Milligan/PA Images via Getty Images) 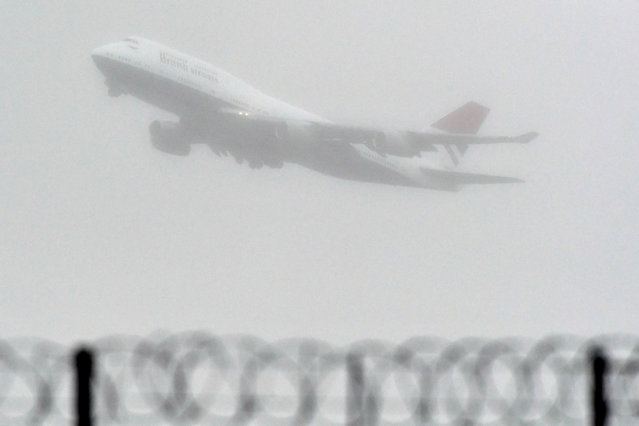 A British Airways Boeing 747 leaves London Heathrow airport on it's final flight, the last of 31 jumbo jets to be retired early by the airline due to the coronavirus disease (COVID-19) pandemic, in London, Britain on October 8, 2020. (Photo by Toby Melville/Reuters) 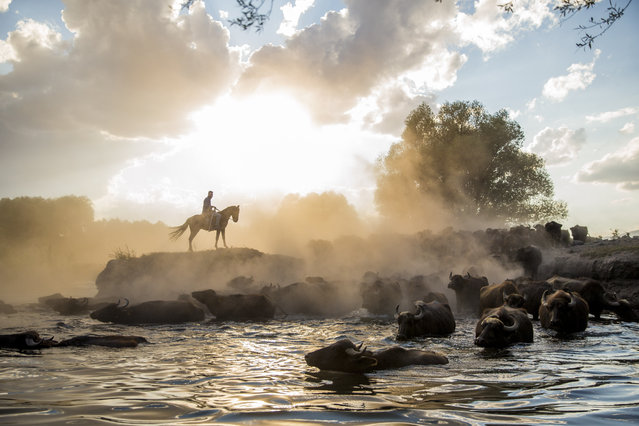 A man on a horse watches water buffalos cooling off in water at the end of the day in Hurmetci wetland reeds in Kayseri, Turkey on August 22, 2020. Approximately 800 water buffalos are found in the area. (Photo by Sercan Kucuksahin/Anadolu Agency via Getty Images) 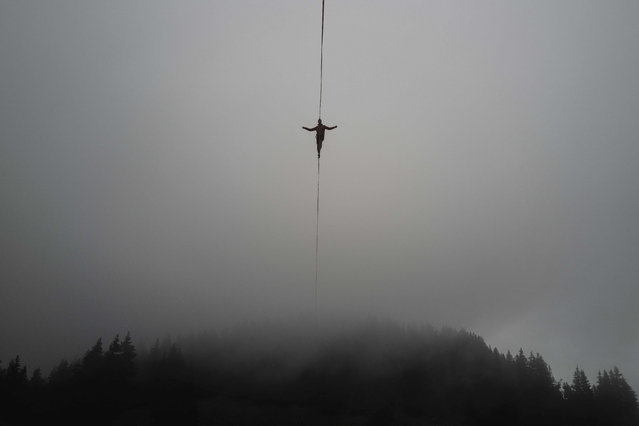 French artist Nathan Paulin performs on a highline above the Semnoz resort, on July 17, 2020 on the eve of the “La Grande Balade” performance, part of the Festival Annecy Paysage 2020. (Photo by Jeff Pachoud/AFP Photo) 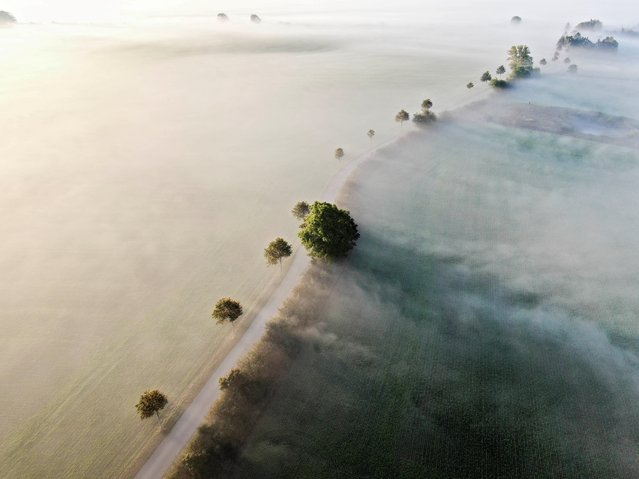 An areal view taken on September 22, 2020 shows a road in Kvaerndrup in the morning fog, on the island of Funen, Denmark. (Photo by Michael Bager/Ritzau Scanpix/AFP Photo) 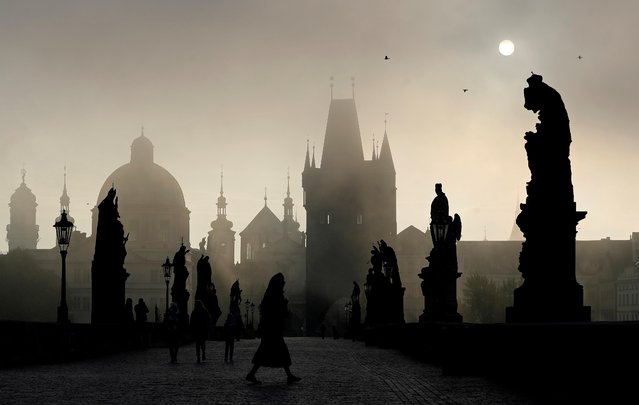 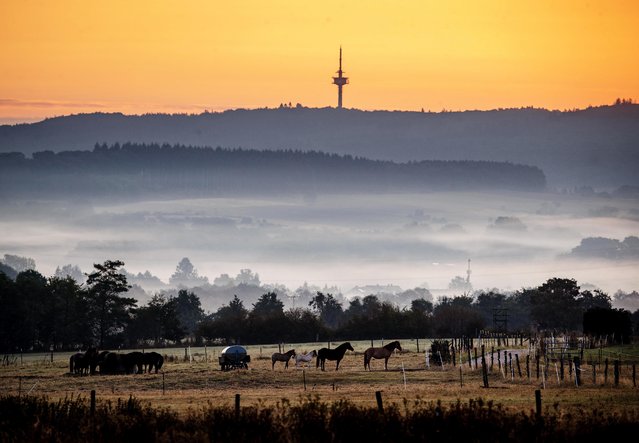 Horses stand in a paddock just before the sun rises in Wehrheim near Frankfurt, Germany, on a foggy Wednesday, August 19, 2020. (Photo by Michael Probst/AP Photo) 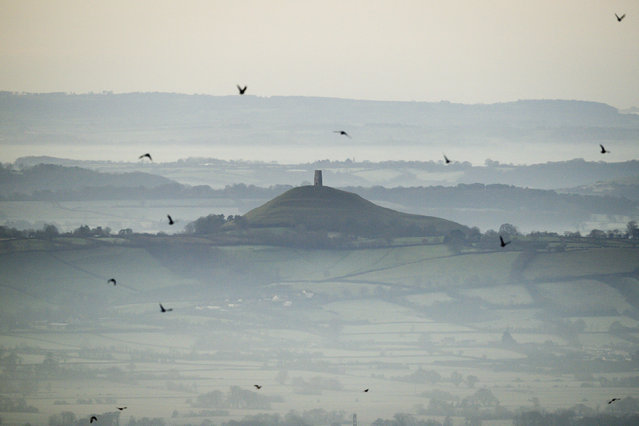 This December 19, 2017 file photo shows Glastonbury Tor in Glastonbury, England, which is cared for by the National Trust. Britain’s National Trust which looks after hundreds of the country’s well-loved historic sites, published a report Tuesday Sept. 22, 2020, said 93 of its sites have connections with aspects of the global slave trade or Britain’s colonial history. Glastonbury Tor is shown to have links to successful compensation claims as a result of the abolition of slavery,. (Photo by Ben Birchall/PA Wire via AP Photo/File) 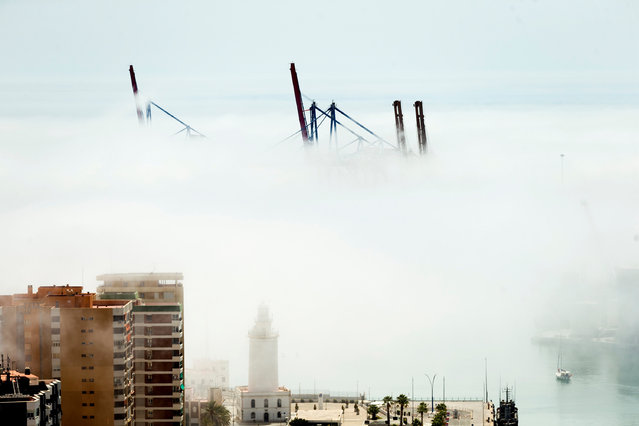 “Taro” fog covers the cranes at the port in Malaga, Spain, 20 August 2020. The so-called “taro” fog is a thick and persistent fog that appears, during summer, between Malaga, southern Spain, and Ceuta, Spanish enclave on the North of Africa. (Photo by Jorge Zapata/EPA/EFE/Rex Features/Shutterstock) 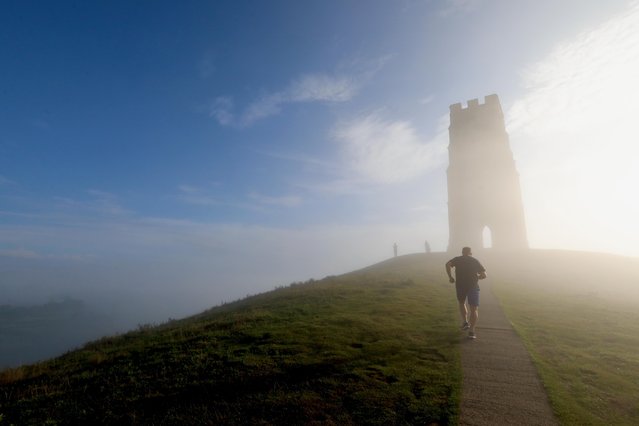 Glastonbury Tor in the English county of Somerset was shrouded in heavy fog on August 17, 2020, giving an early glimpse of autumn. (Photo by David Sims/Splash News and Pictures) 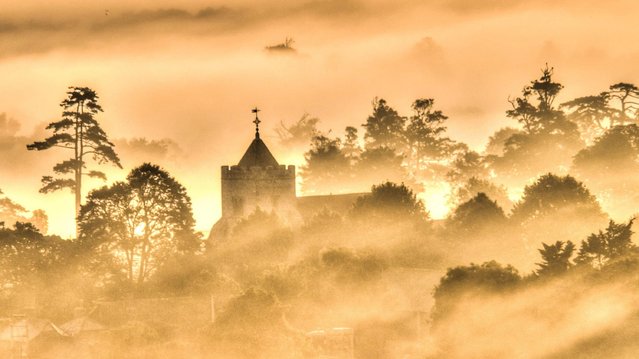 It was an ethereal start to the day on July 22, 2020 in Firle near Lewes, East Sussex, as morning mist was illuminated orange by the rising sun. (Photo by David Burr/Alamy Live News) 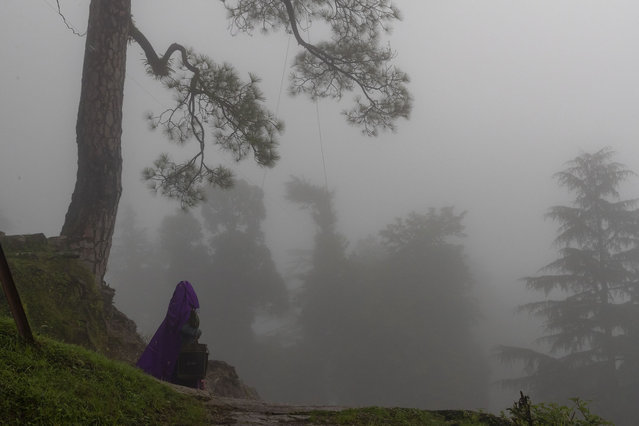