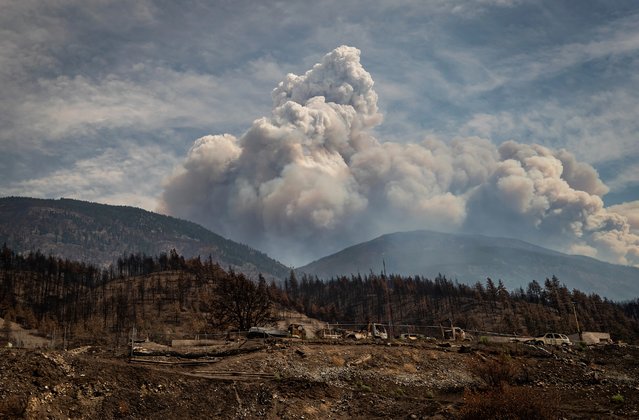 Properties destroyed by the Lytton Creek wildfire on June 30 are seen as a pyrocumulus cloud, also known as a fire cloud, produced by the same fire rises in the mountains above Lytton, British Columbia, on Sunday, August 15, 2021. (Photo by Darryl Dyck/The Canadian Press via AP Phpto) 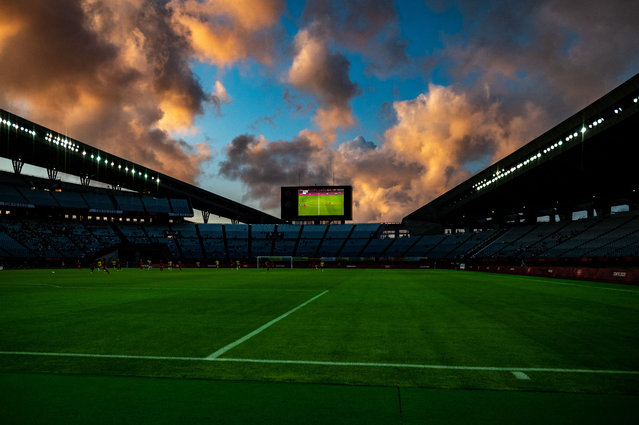 The dramatic sky above the stadium during the Tokyo 2020 Olympic Games women's quarter-final football match between Canada and Brazil at Miyagi Stadium in Miyagi on July 30, 2021. (Photo by Philip Fong/AFP Photo) 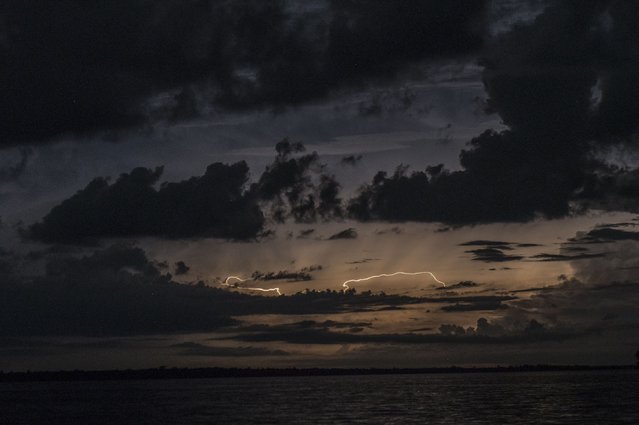 A lightning strikes over Lake Maracaibo in the village of Ologa, in Zulia state, Venezuela, on September 6, 2021. The “Catatumbo Lightning”, a series of unique storms in the world, is considered a “lighthouse” that, for centuries, has helped people when they sail in the dark. (Photo by Federico Parra/AFP Photo) 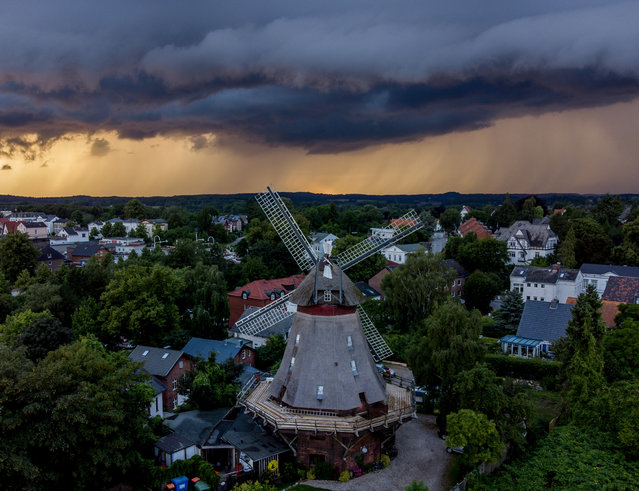 Clouds drift over a windmill in Eutin, northern Germany, during a nearby thunder storm on Wednesday evening, July 28, 2021. (Photo by Michael Probst/AP Photo) 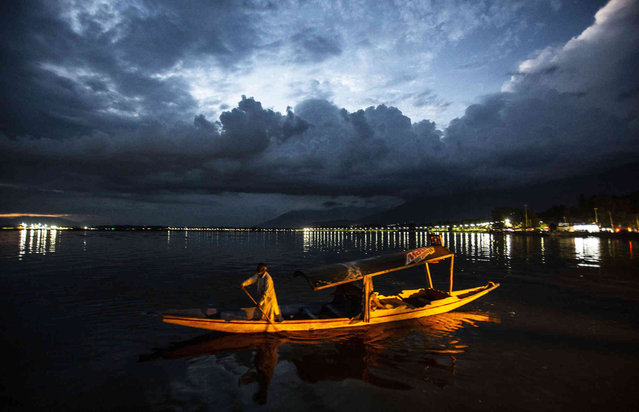 A Kashmiri boatman returns at the shore of the Dal lake after day's work, in Srinagar, Indian controlled Kashmir, Sunday, August 1, 2021. (Photo by Mukhtar Khan/AP Photo) 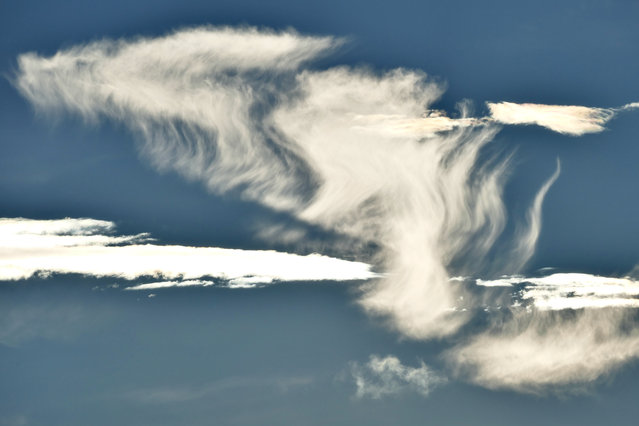 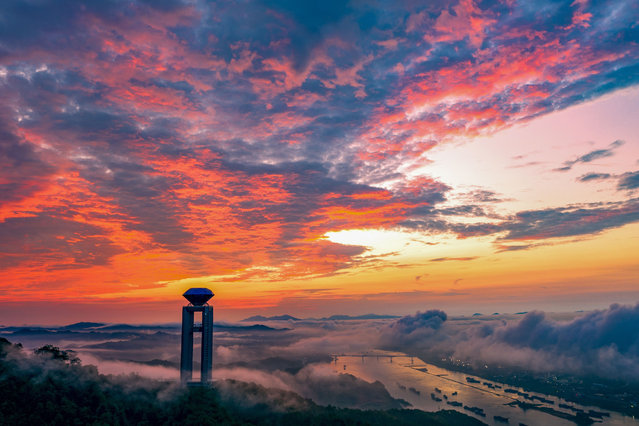 In the early morning of September 22, 2021, in the Baiyun Mountain Forest Park, Wuzhou City, Guangxi, the surrounding mountains are unobstructed, clouds and mists are lingering, and the gorgeous colorful glow is reflected by the sunrise. (Photo by Sipa Asia/Rex Features/Shutterstock) 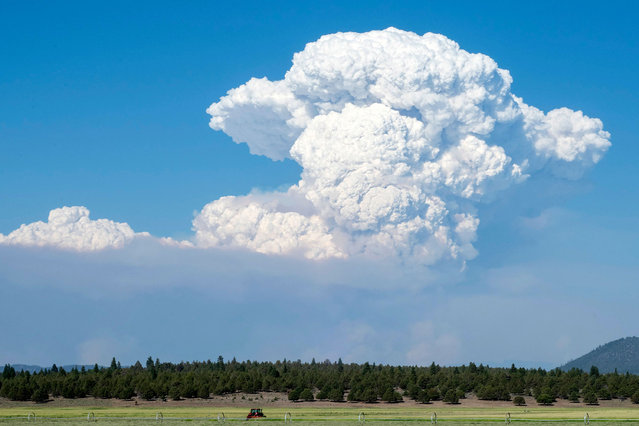 A pyrocumulus cloud from the Bootleg Fire drifts into the air near Bly, Oregon on July 16, 2021. The extreme drought-hit western United States braced for more wildfire destruction July 16, 2021 as efforts to contain a vast blaze scorching southern Oregon failed to progress, and dangerous dry lightning storms were forecast in California. The Bootleg Fire near Oregon's border with California grew overnight to 240,000 acres – larger than New York City, and by far the biggest active blaze in the US – while remaining just seven percent contained. (Photo by Payton Bruni/AFP Photo) 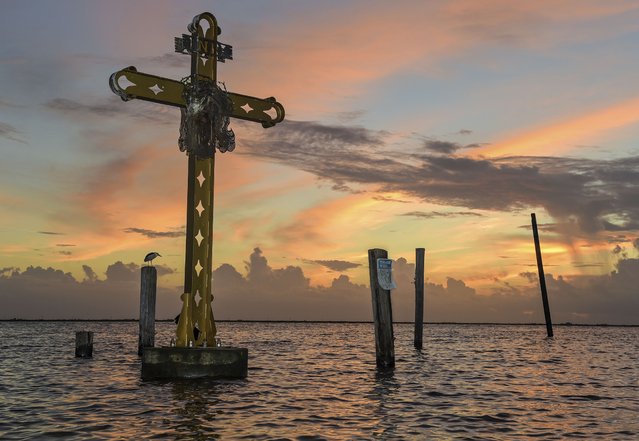 Dawn breaks over the Katrina memorial at Shell Beach on the 16th anniversary of Hurricane Katrina as Hurricane Ida approaches the Louisiana coast in St. Bernard, La. Saturday, August 28, 2021. Residents across Louisiana’s coast are taking one last day to prepare for what is being described as a “life-altering” Hurricane Ida. The storm is expected to bring winds as high as 140 mph (225 kph) when it slams ashore. (Photo by Max Becherer, NOLA.com, The Times-Picayune/The New Orleans Advocate vía AP Photo) Sunrirse over St Mary's Lighthouse at Whitley Bay on the North East coast of England on Friday, September 24, 2021. (Photo by Owen Humphreys/PA Images via Getty Images) 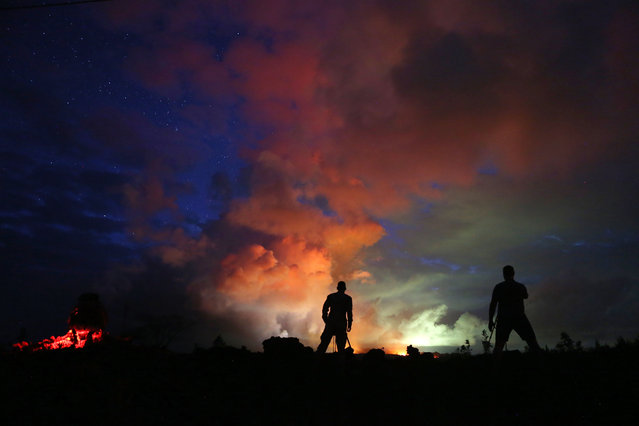 Photographers work as lava from active fissures illuminates volcanic gases from the Kilauea volcano on Hawaii's Big Island on May 15, 2018 in Hawaii Volcanoes National Park, Hawaii. The U.S. Geological Survey said a recent lowering of the lava lake at the volcano's Halemaumau crater 'has raised the potential for explosive eruptions' at the volcano. (Photo by Mario Tama/Getty Images) Clouds roll in over Derwentwater near Keswick, United Kingdom in the Lake district onThursday, August 12, 2021. (Photo by Owen Humphreys/PA Images via Getty Images) 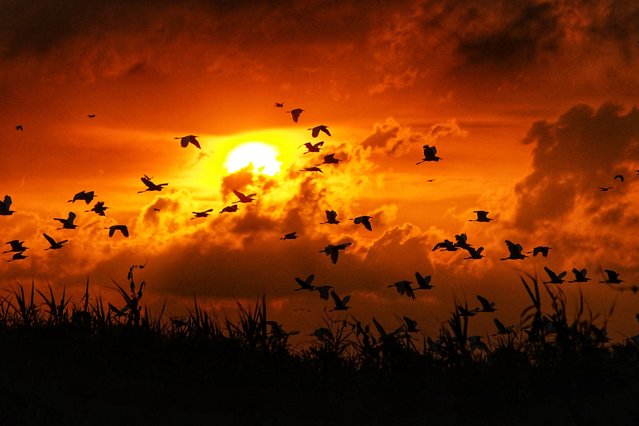 Birds take flight as the sun sets after a day of feeding on the coast in Lhokseumawe, Aceh on July 18, 2021. (Photo by Azwar Ipank/AFP Photo) 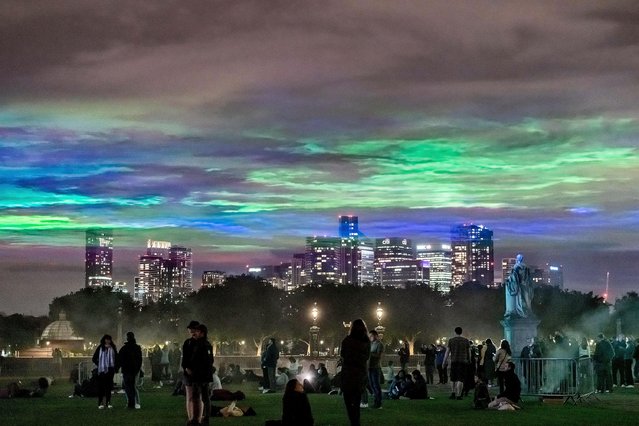