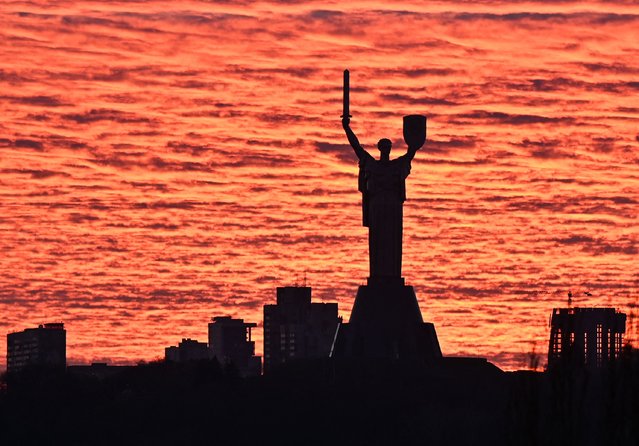 A view of the city skyline and the Motherland monument at sunset in Kiev on November 10, 2021. (Photo by Genya Savilov/AFP Photo) 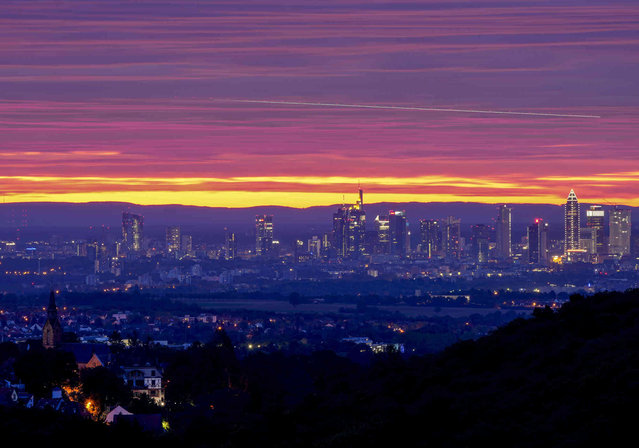 Clouds illuminated by the rising sun drift over the buildings of the banking district in Frankfurt, Germany, before sunrise on Sunday, October 3, 2021. (Photo by Michael Probst/AP Photo) 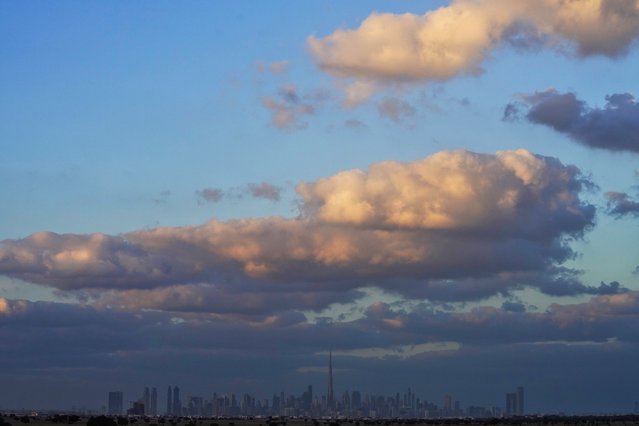 The skyline of downtown Dubai on a rare cloudy day is seen at sunset in Dubai, United Arab Emirates, Saturday, December 4, 2021. (Photo by Jon Gambrell/AP Photo) 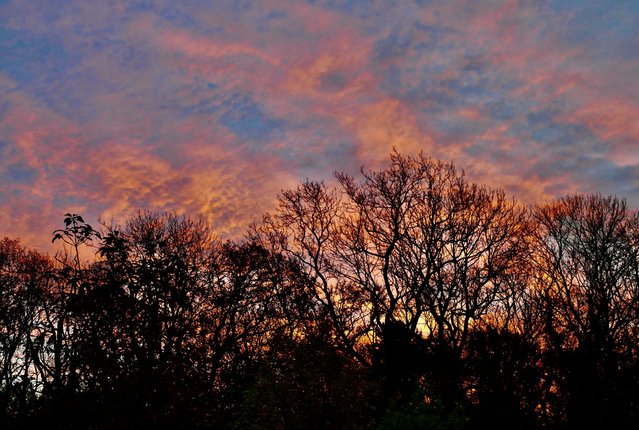 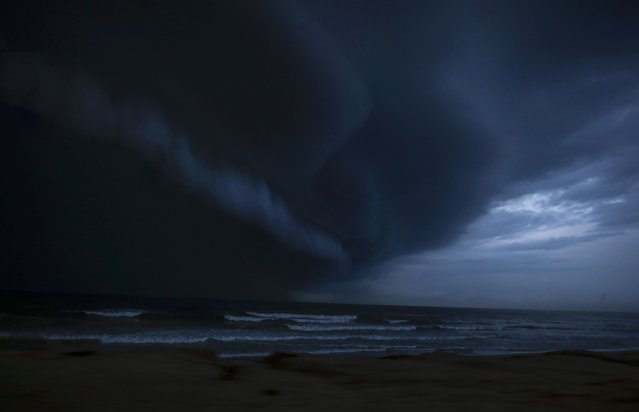 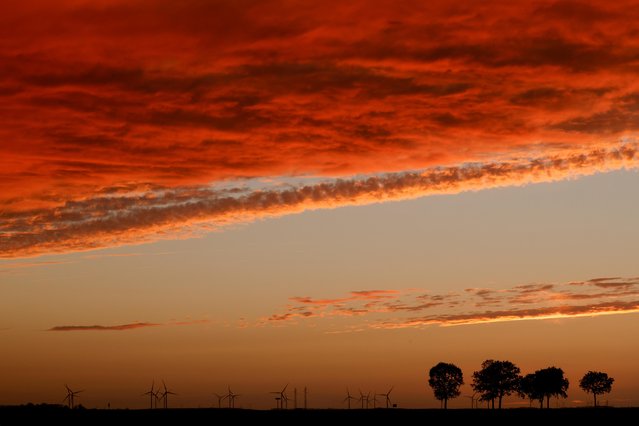 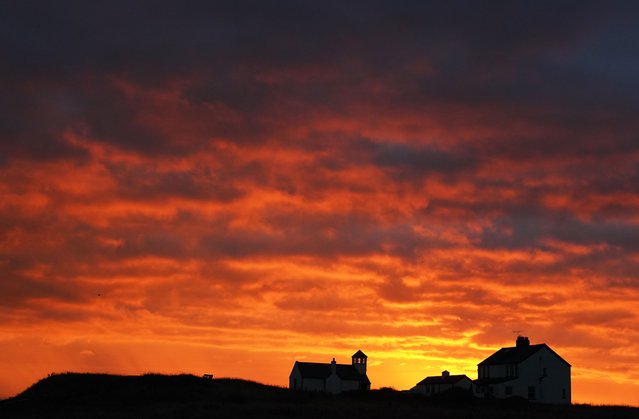 The sky lit up before sunrise over the Watch House Museum in Seaton Sluice, Northumberland, United Kingdom on Monday, September 27, 2021. (Photo by Owen Humphreys/PA Images via Getty Images) 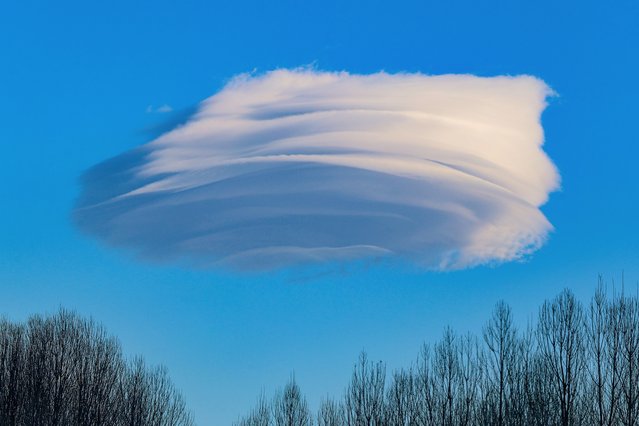 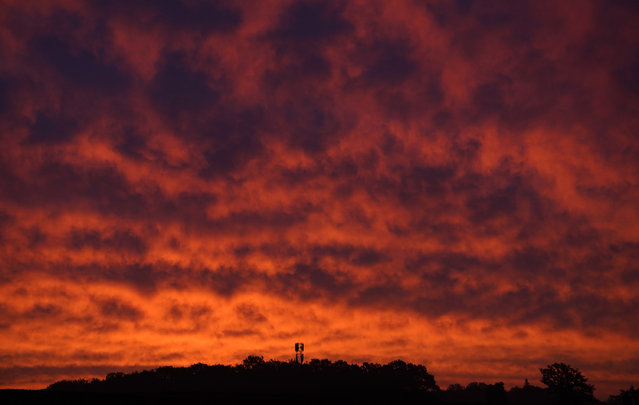 The sun begins to rise over Basingstoke in Hampshire on Monday, October 18, 2021. (Photo by Andrew Matthews/PA Images via Getty Images) 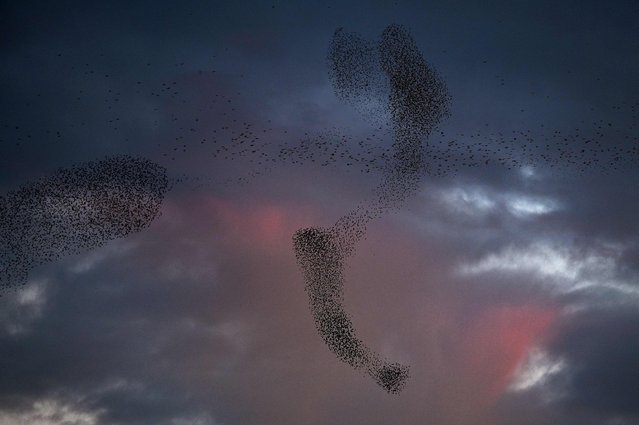 A murmuration of starlings fly in the sky on December 13, 2021 as the night falls over the Ancient Forum in Rome. (Photo by Vincenzo Pinto/AFP Photo) 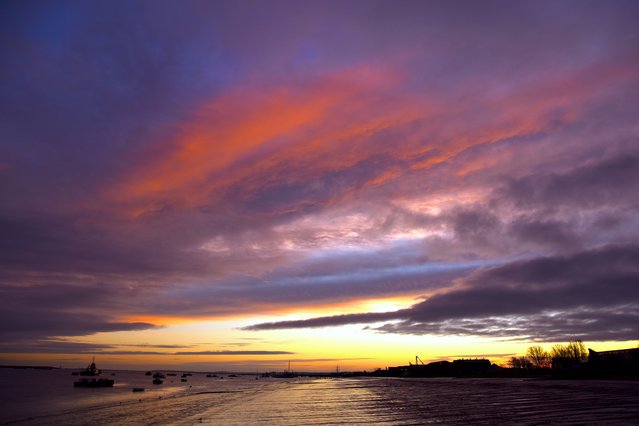 Dawn cloudscapes above the River Thames in Gravesend, England on January 19, 2022. (Photo by Fraser Gray/Rex Features/Shutterstock) 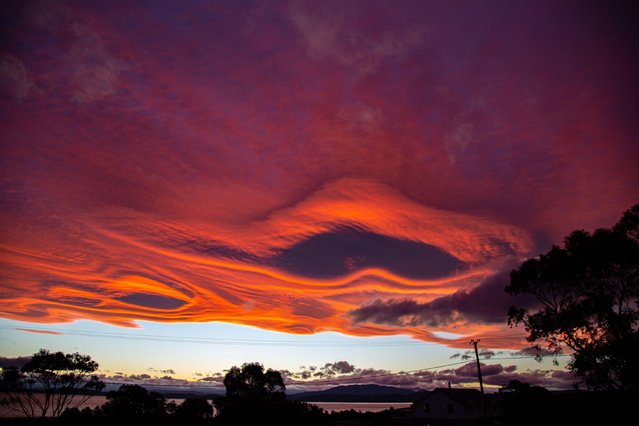 Wayne Painter, 70, saw the sun set beneath lenticular clouds 20km wide in Tasmania, Australia in November 2021. Some likened the image to a near-miss with Mars. (Photo by Wayne Painter/Kennedy News) 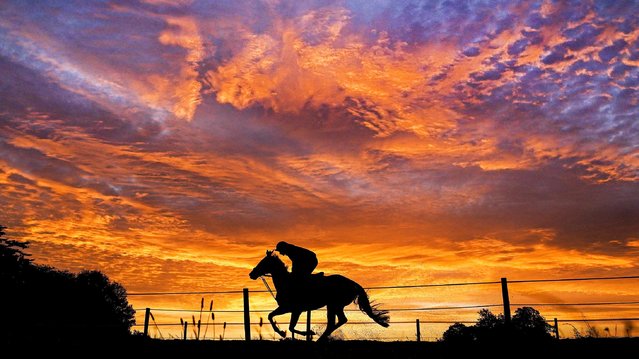 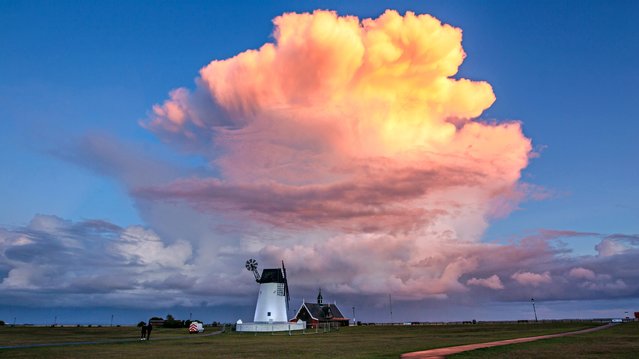