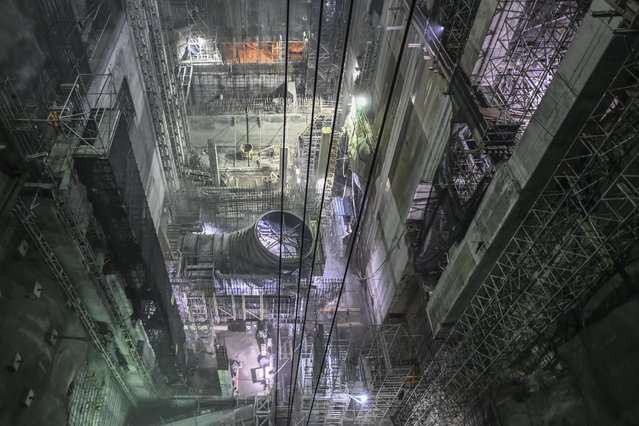 General view of the recovered powerhouse of Hidroituango Hydroelectric Project seen as construction of the dam continues, near the municipality of Ituango, Antioquia Department, Colombia, on March 9, 2021. The project suffered an emergency forced-flooding on May 2018 to prevent a major disaster in the nearby communities along the Cauca river, and the area was drained and cleared by April 2019. (Photo by Joaquin Sarmiento/AFP Photo) 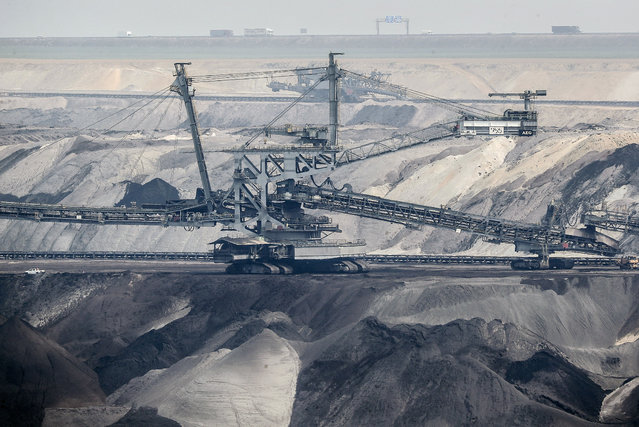 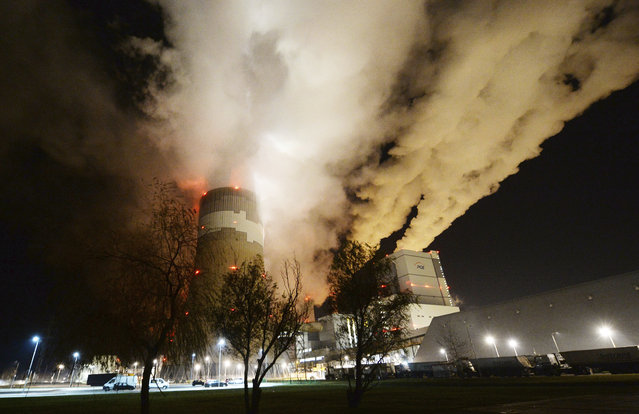 In this Wednesday November 28, 2018 file photo, clouds of smoke over Europe's largest lignite power plant in Betchatow, central Poland. Energy experts were working to restore full operations at Poland’s biggest power plant, the lignite-fueled Belchatow, after an energy network failure switched off 10 of the plant’s 11 units. Poland needed energy imports from Germany, Sweden, the Czech Republic and Slovakia to fill in for the suddenly missing power. (Photo by Czarek Sokolowski/AP Photo/File) 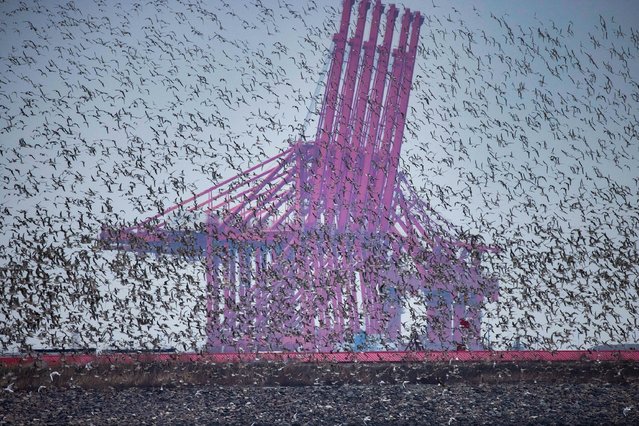 This photo taken on April 4, 2021 shows migratory birds flying over a wetland near the Yalu River in Dandong, in China's northeastern Liaoning province. (Photo by AFP Photo/China Stringer Network) 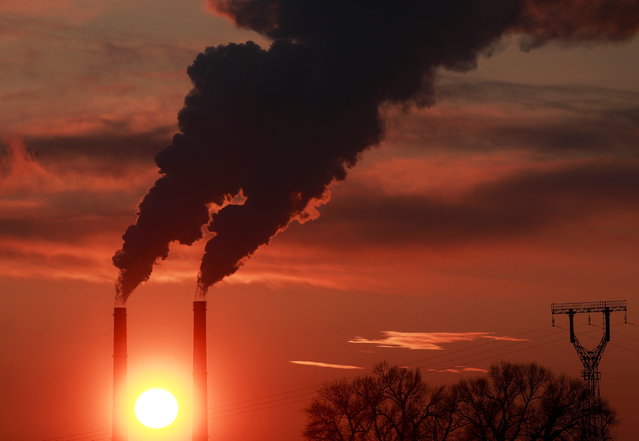 The sun sets behind chimneys of a thermal power plant in Kyiv, Ukraine on February 2, 2021. (Photo by Valentyn Ogirenko/Reuters) 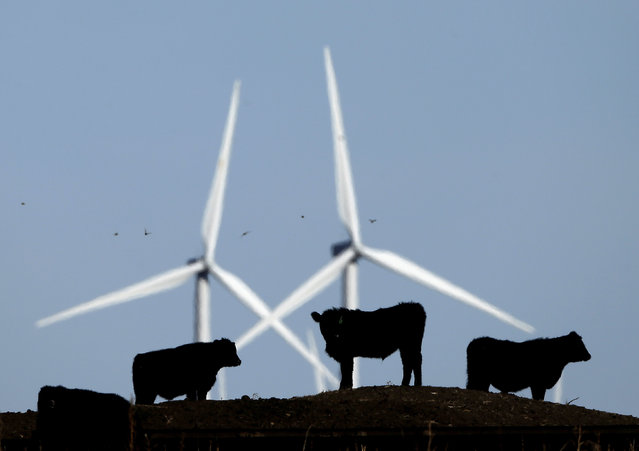 In this December 9, 2015, file photo, cattle graze in a pasture against a backdrop of wind turbines which are part of the 155-turbine Smoky Hill Wind Farm near Vesper, Kan. Dozens of European lawmakers, business executives and union leader called Tuesday for the United States to cut its greenhouse gas emissions by 50% in the coming decade compared with 2005 levels. (Photo by Charlie Riedel/AP Photo/File) 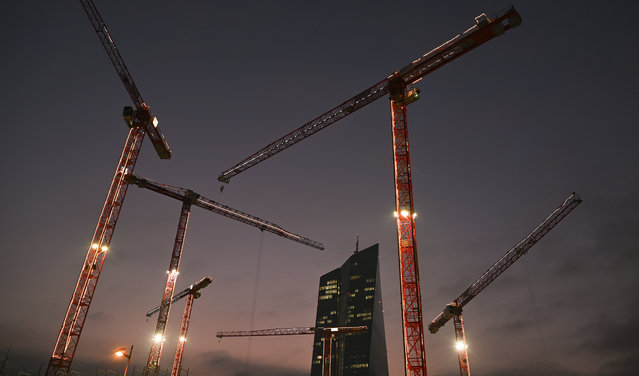 Construction cranes are illuminated by Christmas fairy lights, in the evening light on a construction site near the European Central Bank (ECB) building in Frankfurt, Germany Thursday November 26, 2020. (Photo by Arne Dedert/dpa via AP Photo) 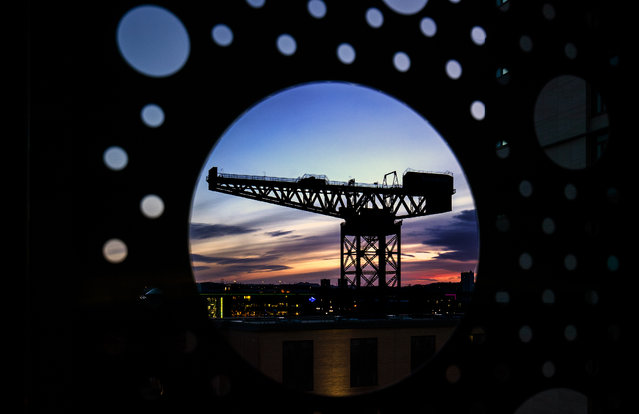 Sunset behind the Finnieston Crane, one of four remaining cantilever cranes along the River Clyde in Glasgow on Sunday February 21, 2021. (Photo by Jane Barlow/PA Images via Getty Images) 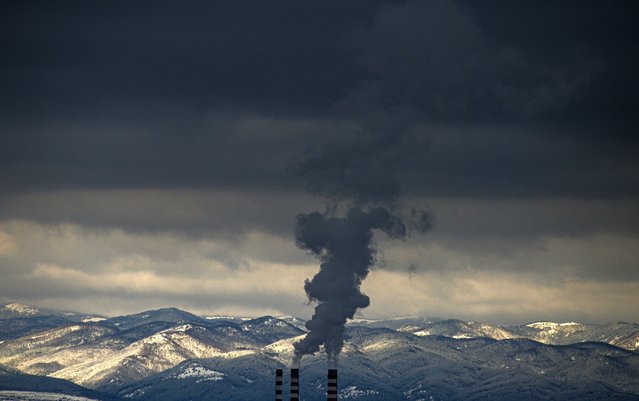 Steam exits the chimneys of a thermal power plant in Sofia, Bulgaria, 11 March 2021. A yellow code weather warning has been announced for Bulgaria due negative temperatures down to minus 10 degrees Celsius. (Photo by Vassil Donev/EPA/EFE) 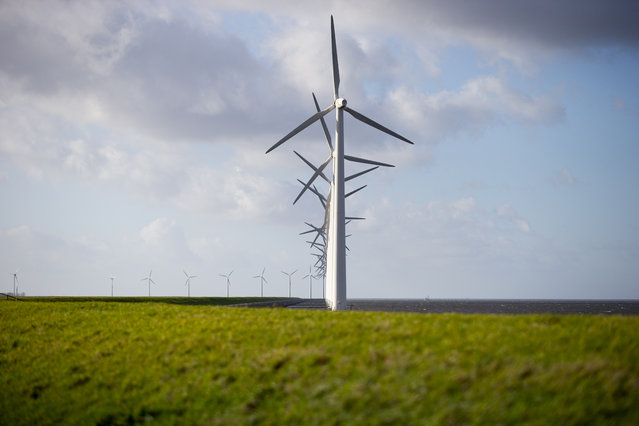 Wind turbines are seen on a dike near Urk, Netherlands, Friday, January 22, 2021. A group of scientists, including five Nobel laureates, called Friday for more action to adapt the world to the effects of climate change, drawing comparisons with the faltering response to the coronavirus crisis, ahead of a major online conference on climate adaptation starting Monday and hosted by the Netherlands. (Photo by Peter Dejong/AP Photo) 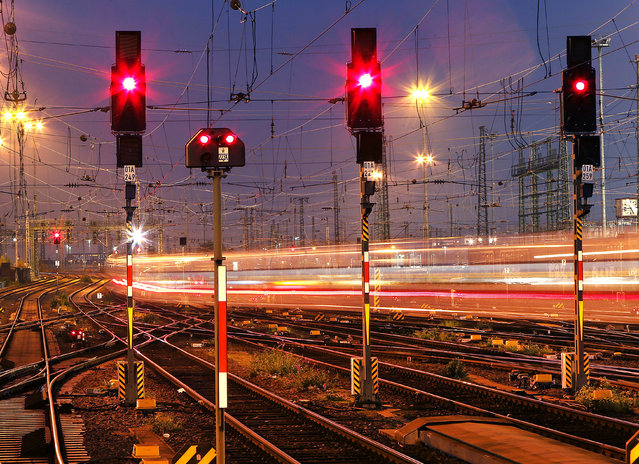 In this Wednesday, October 17, 2018 file photo a train leaves at night the main train station in Frankfurt, Germany. Four European rail companies announced Tuesday they plan to boost the continent’s network of night train connections by reviving routes that were dropped several years ago for cost reasons. (Photo by Michael Probst/AP Photo/File) 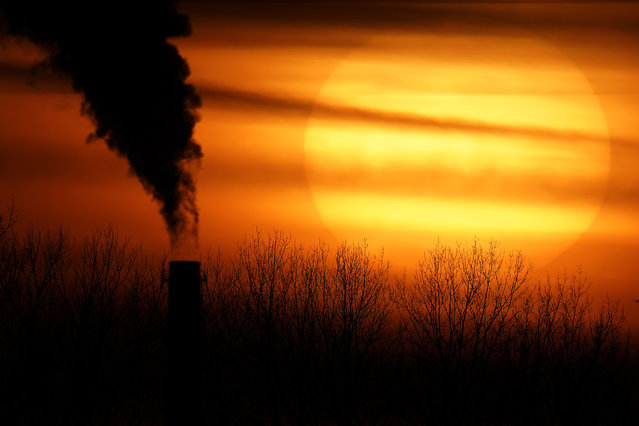 In this Monday, February 1, 2021 file photo, emissions from a coal-fired power plant are silhouetted against the setting sun in Independence, Mo. (Photo by Charlie Riedel/AP Photo/File) 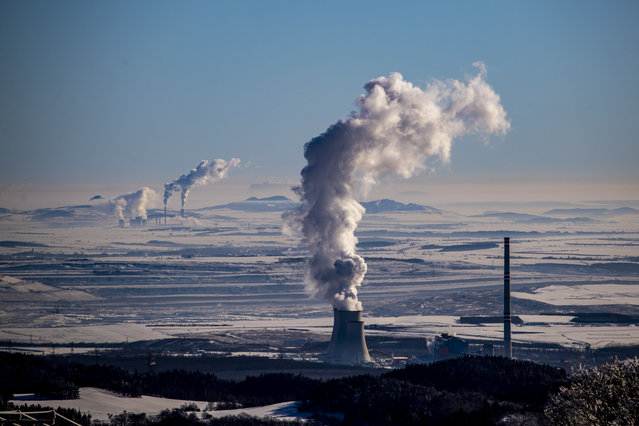 Steam escape from the chimneys of the coal-fired power plant in Prunerov, pictured from village of Vysluni, Czech Republic, 14 February 2021. (Photo by Martin Divisek/EPA/EFE) 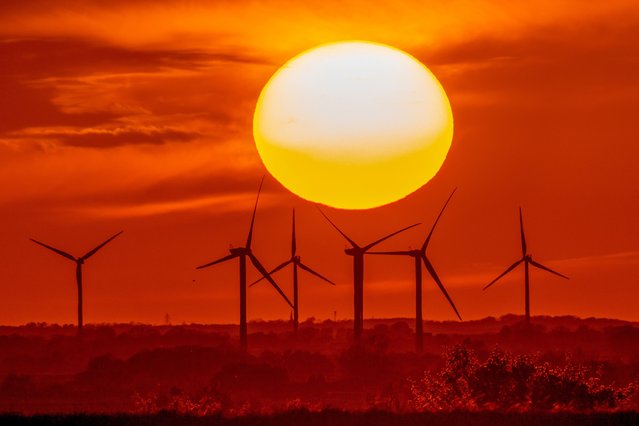 The sun setting over Tick Fen wind farm in Cambridgeshire, a county in the East of England on Wednesday evening, May 5, 2021. (Photo by Bav Media) 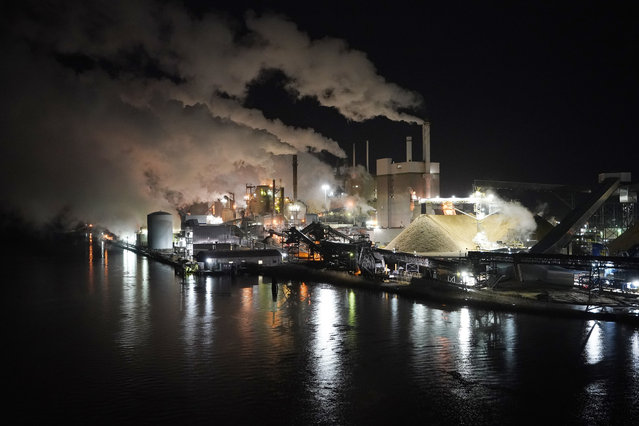 Smoke and steam rise up from the Westrock paper plant along the Pamunkey river in West Point, Va., Friday, February 26, 2021. The mill was opened by the Chesapeake Corporation in 1914. (Photo by Steve Helber/AP Photo)
Edit Del
27 May 2021 08:50:00, post received 0 comments
Publication archive:
←   →
Popular tags:
All tags
Last searches: