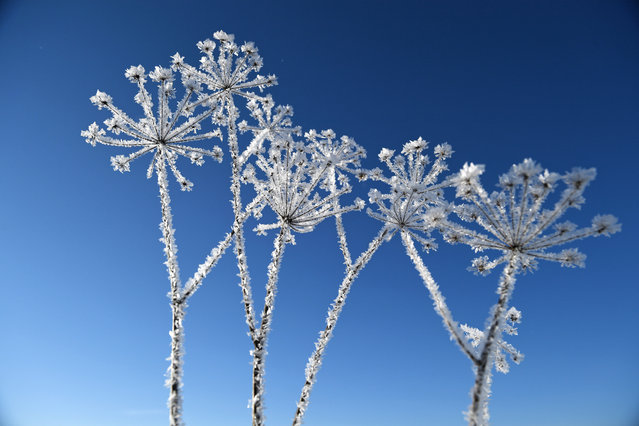 A frost covered plants at the Lutowiska village, Bieszczady mountains, south-east Poland, 01 December 2018. Last night, in some places in the region, temperatures dropped to minus 18 degrees Celsius. (Photo by Darek Delmanowicz/EPA/EFE) 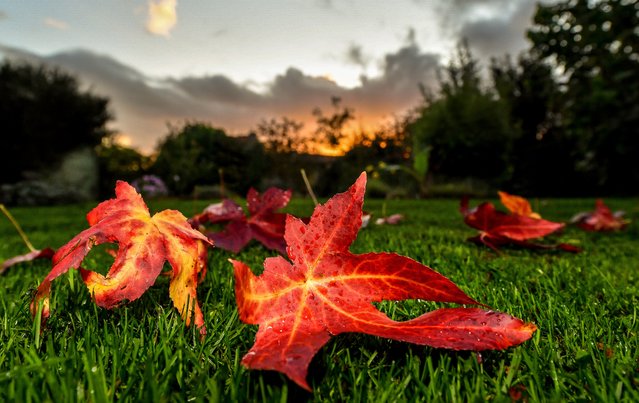 A leaf from a sweetgum tree (Liquidambar styraciflua) lies on the grass at Godewaersvelde early October 27, 2017. (Photo by Philippe Huguen/AFP Photo) 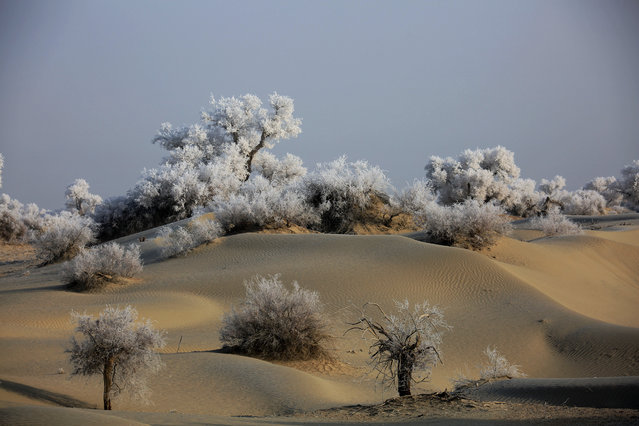 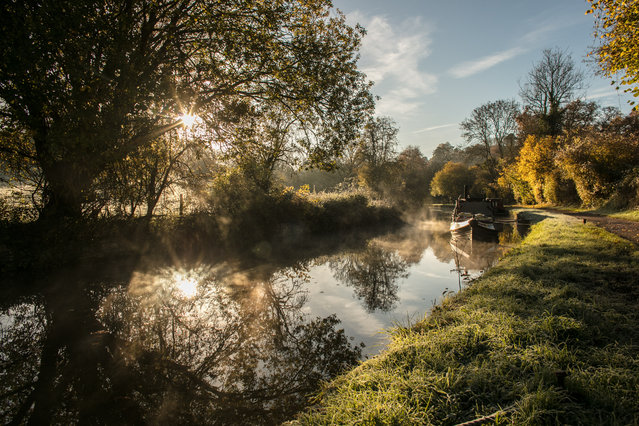 The autumn colours are reflected in the water of the Kennet and Avon canal near Limpley Stoke as the sun rises on November 13, 2017 near Bath, England. After a warm autumn, with temperatures above average, much colder weather has arrived in many parts of the UK, signalling the start of more wintery weather for the coming few weeks. (Photo by Matt Cardy/Getty Images) 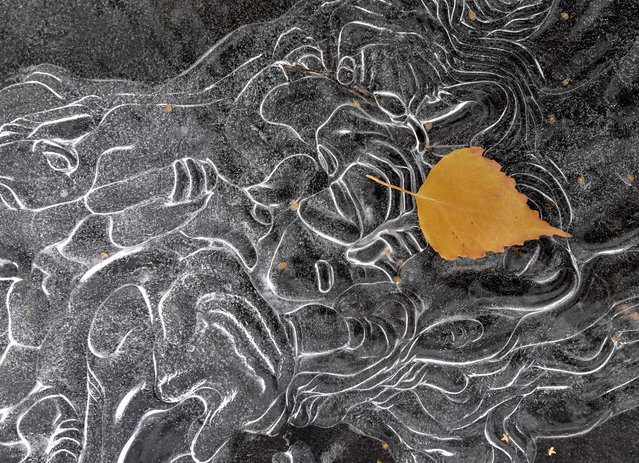 A leaf lies on a frozen water ditch in Peitz, Germany on November 30, 2018. (Photo by Patrick Pleul/AFP Photo) 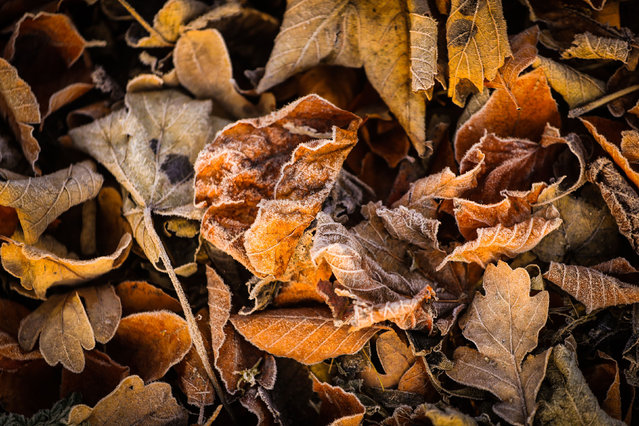 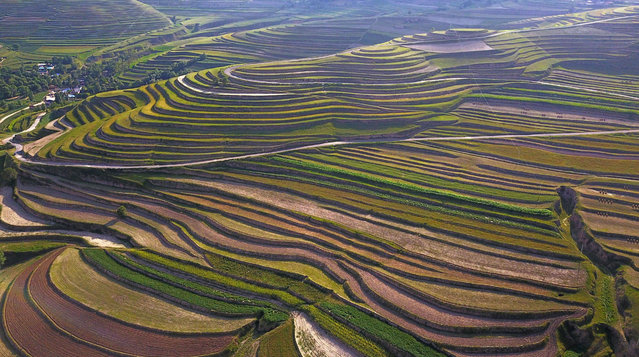 Terrace fields stretch to the horizon, creating a dramatic landscape in Xiji county, in the autonomous region of Ningxia Hui, Baiya township, China on August 16, 2017. (Photo by Xinhua/Rex Features/Shutterstock) 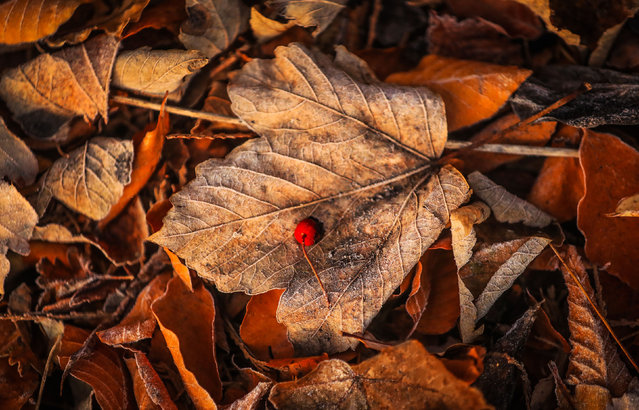 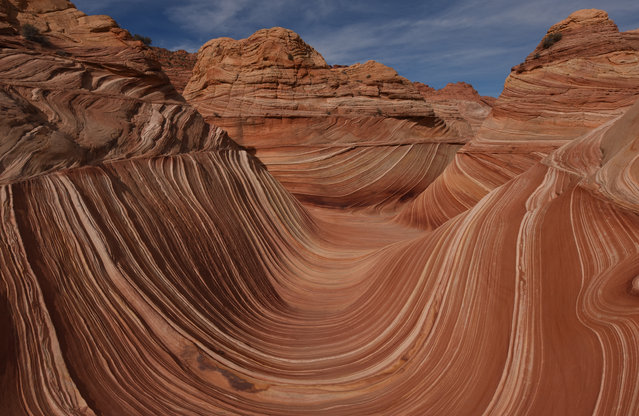 The unique U-shaped troughs of “The Wave” rock formation are seen at the Coyotes Buttes North wilderness area near Page, Arizona on October 30, 2017. The Wave is a sandstone rock formation in northern Arizona and was formed by a combination of water and wind erosion and due to its fragile nature, access is limited to only 20 hikers per day. (Photo by Mark Ralston/AFP Photo) 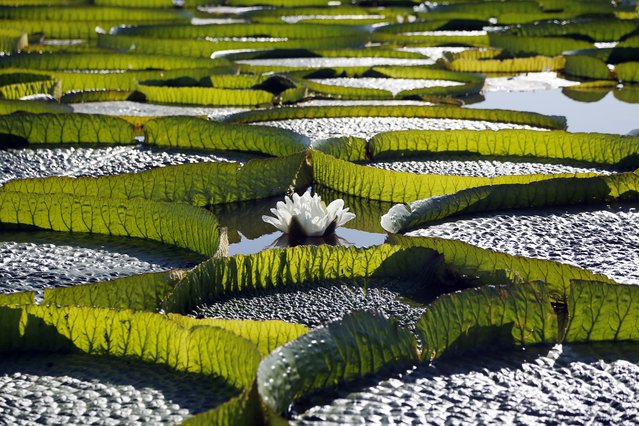 Hundreds of Victoria Cruziana plants float over the Salado river water in Piquete Cue, near Limpio, on Asuncion's outskirts, Paraguay, Sunday, January 7, 2018. This water lily that grows up to 2 meters wide, was according to locals believed to be extinct in the area. (Photo by Jorge Saenz/AP Photo) 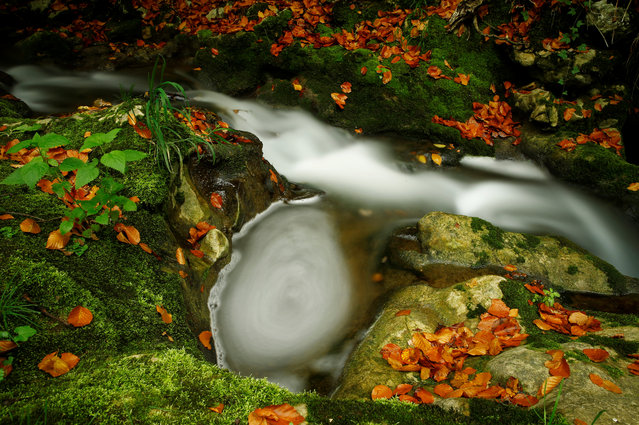 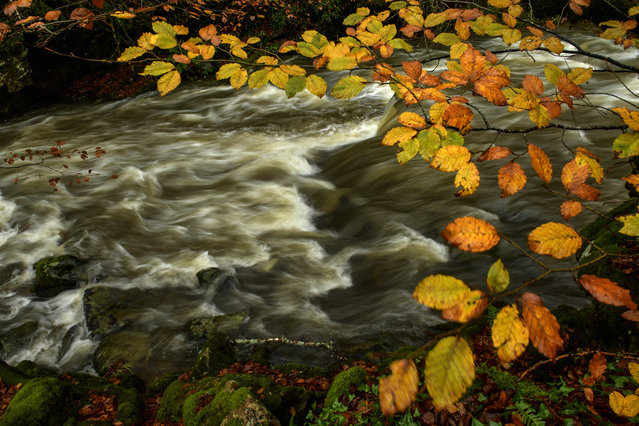 The Irati River flows past autumn leaves as the rain fall during an autumn day near to the small Pyrenees town of Arce, northern Spain, Thursday, November 9, 2017. (Photo by Alvaro Barrientos/AP Photo) 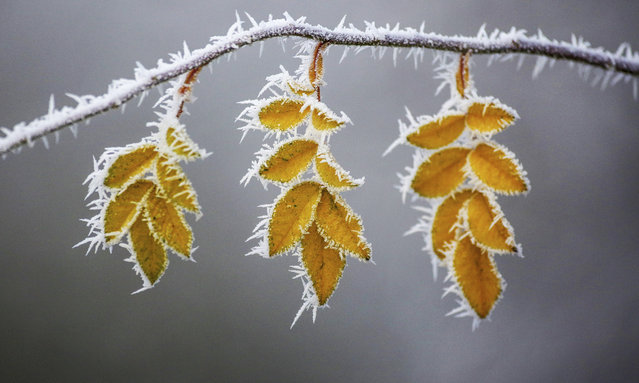 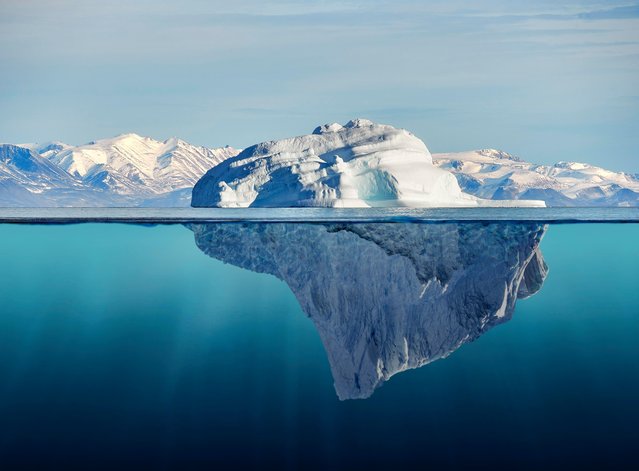 Iceberg with above and underwater view. (Photo by the-lightwriter/Getty Images) 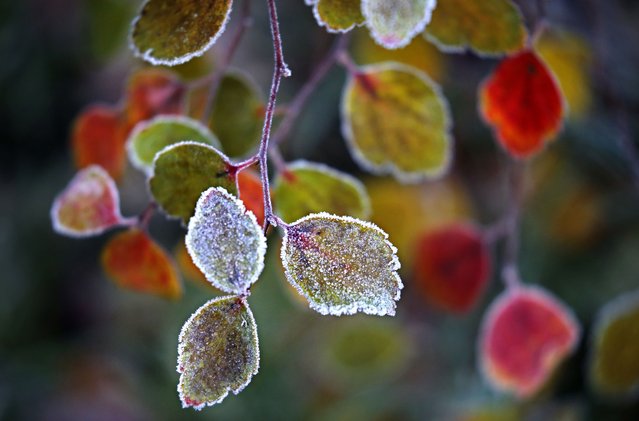