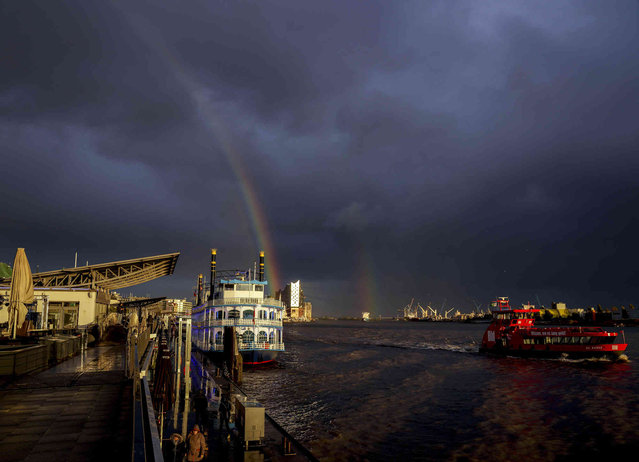 A rainbow appears over the harbor of Hamburg, Germany, after a storm Thursday, October 21, 2021. (Photo by Michael Probst/AP Photo) 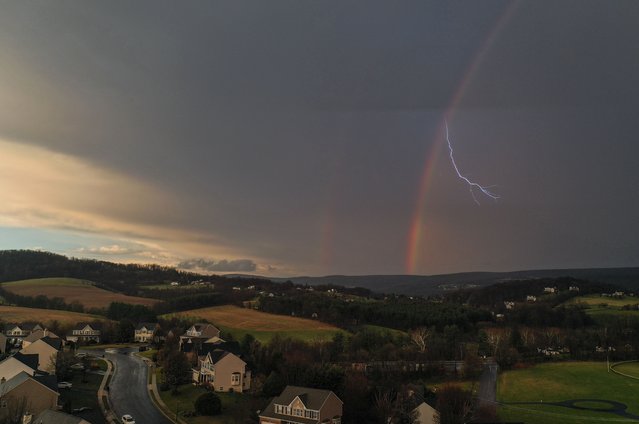 A lightning strike appears through a rainbow after heavy thunderstorms on March 31, 2022 in Myersville, Md. (Photo by Ricky Carioti/The Washington Post) 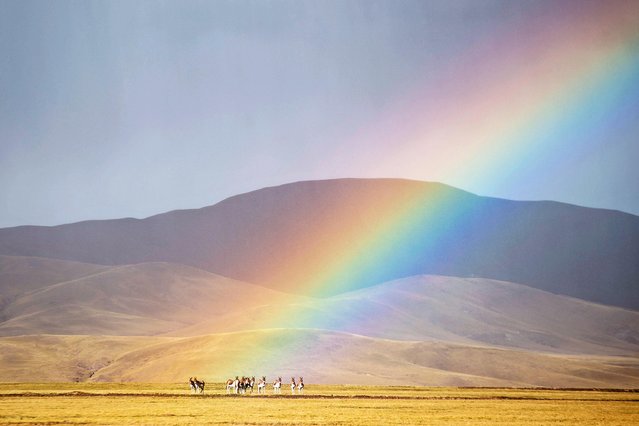 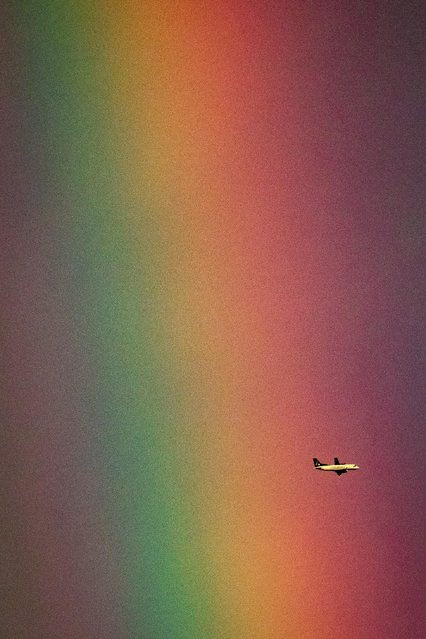 A Pacific Coastal Airlines flight arriving from Port Hardy passes in front of a rainbow in Burnaby before landing at Vancouver International Airport in Richmond, British Columbia, on Thursday, November 4, 2021. (Photo by Darryl Dyck/The Canadian Press via AP Photo) 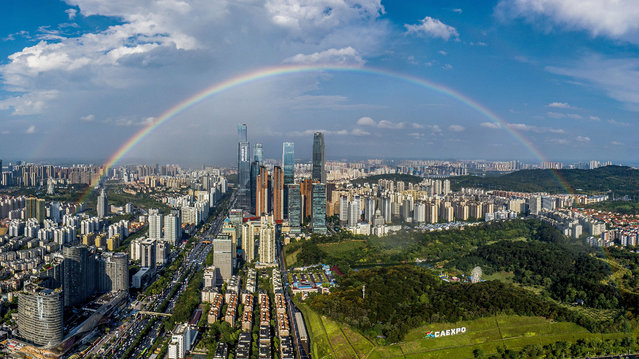 At about 16:00 pm on May 16, 2021, a beautiful rainbow hung over the ASEAN business district after heavy rain in Nanning, Guangxi. (Photo by Sipa Asia/Rex Features/Shutterstock) 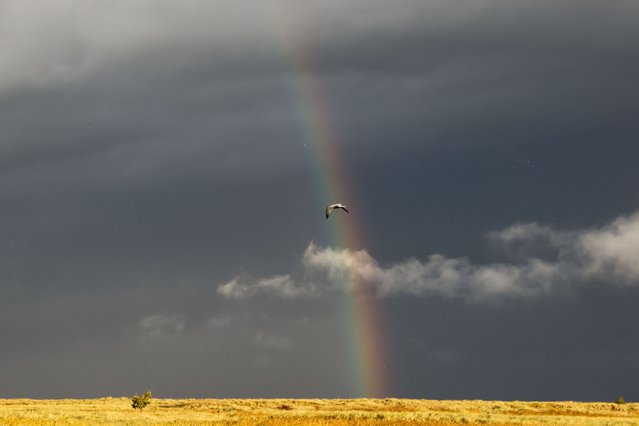 A rainbow is seen over a field after heavy rainfall in Wendtorf, Germany, Thursday, October 21, 2021. Germany is hit by heavy rain and storms. (Photo by Frank Molter/dpa via AP Photo) 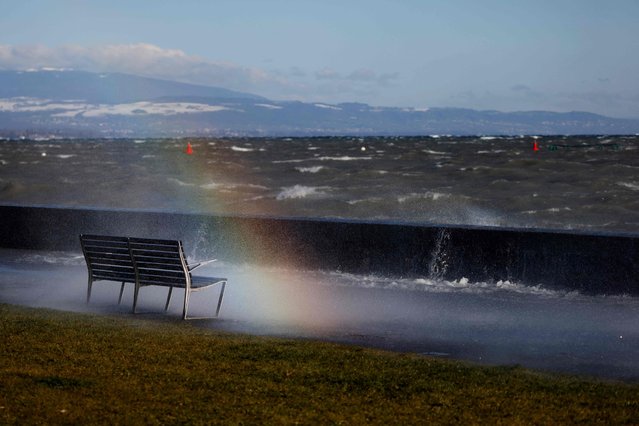 A picture taken on January 21, 2021 in Geneva shows a rainbow and waves on the lake Leman hit by strong wind. (Photo by Stefan Wermuth/AFP Photo) 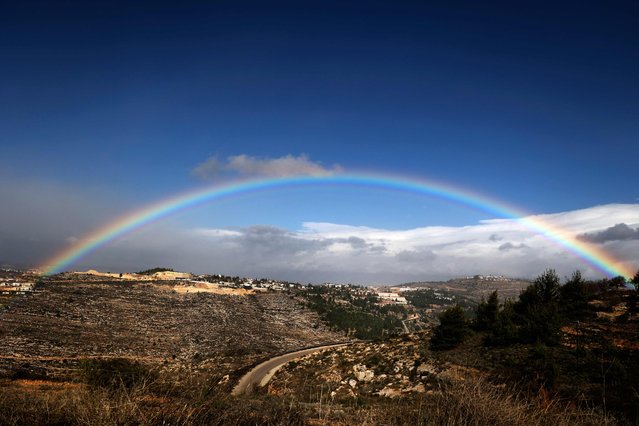 This picture taken on December 20, 2021 shows a view of a rainbow in the sky above the Israeli settlement of Eli, south of Nablus in the occupied West Bank. (Photo by Jaafar Ashtiyeh/AFP Photo) 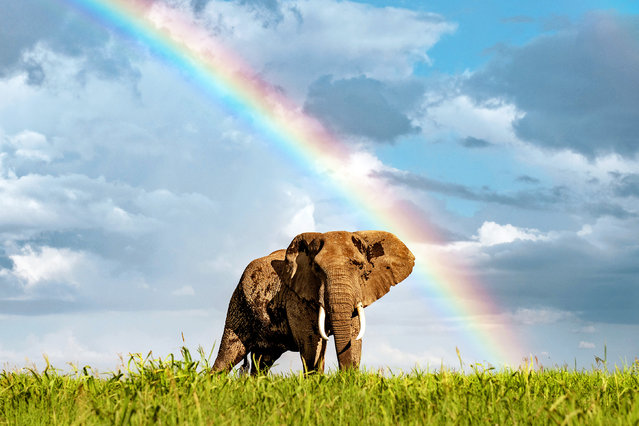 A man has captured the beautiful moment an elephant walks under a vivid rainbow on camera in March 2022. Gurcharan Roopra, 43, from Kenya, snapped the unique images at Amboseli national park, where the elephant must have been extremely close to the pot of gold as it passed the beautifully coloured rainbow. (Photo by Gurcharan Roopra/Caters News Agency) 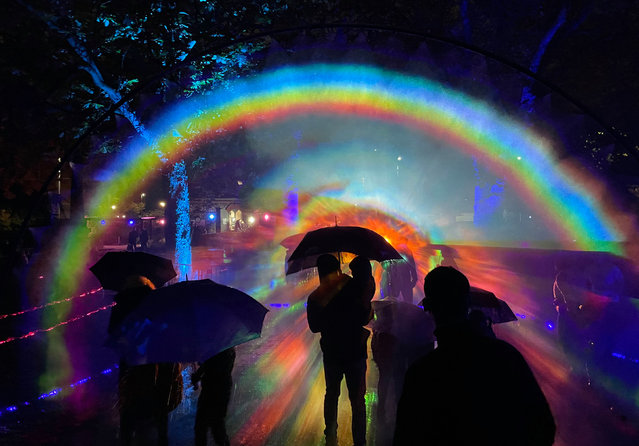 The Rainbow in the Dark, part of the We Shine Portsmouth light festival in Portsmouth, United Kingdom on November 20, 2021. (Photo by Ben Mitchell/PA Wire Press Association) 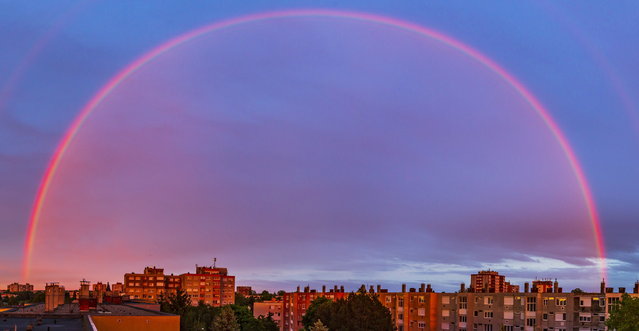 A rainbow is seen above Nagykanizsa, Hungary, Sunday, May 23, 2021, during sunset. (Photo by Gyorgy Varga/MTI via AP Photo) 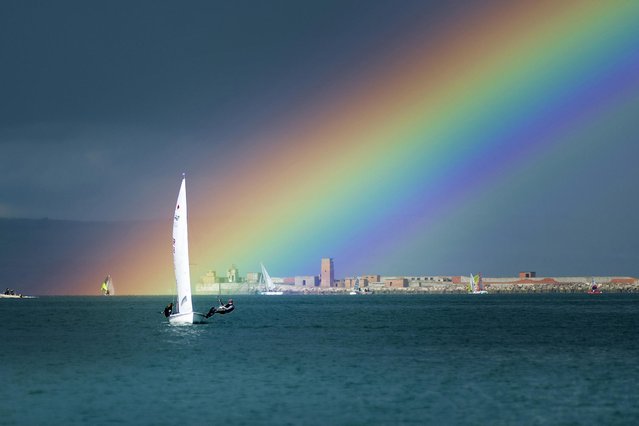 A rainbow over Portland Harbour, Dorset on January 3, 2022, provides a stunning backdrop as sailors glide along the waters off the jurassic coast. (Photo by Steve Belasco/BNPS) 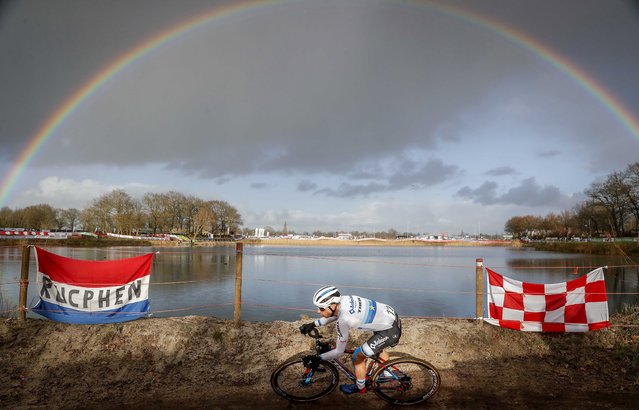 Lars van der Haar of the Netherlands in action during the Dutch National Championships cyclo-cross in Rucphen, the Netherlands, 09 January 2022. (Photo by Bas Czerwinski/EPA/EFE) 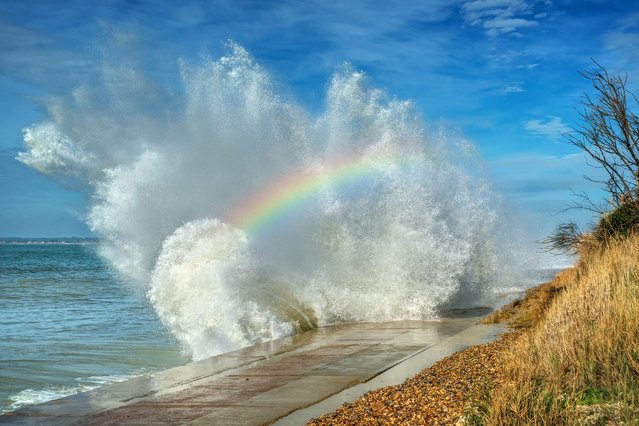 Some wave over the rainbow – a splash of colour is captured in spray over the sea wall at Totland Bay on the Isle of Wight off the south coast of England on February 16, 2022. (Photo by Jamie Russell/Bournemouth News) 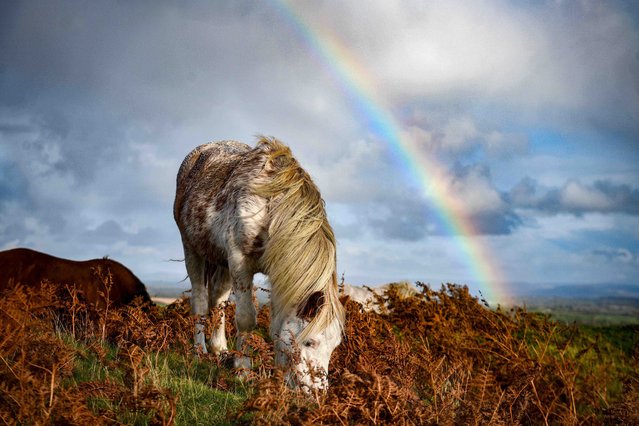 A wild pony feeds on grass in the Gower Peninsular as a rainbow appears in the sky on a wet day in South Wales on October 30, 2021. The hardy animals have evolved since Roman times to live wild on the rugged landscape of the Gower, and are a common sight on the hills. (Photo by Robert Melen/Rex Features/Shutterstock)
Edit Del
12 Apr 2022 05:57:00, post received 0 comments
Publication archive:
←   →
Popular tags:
All tags
Last searches: