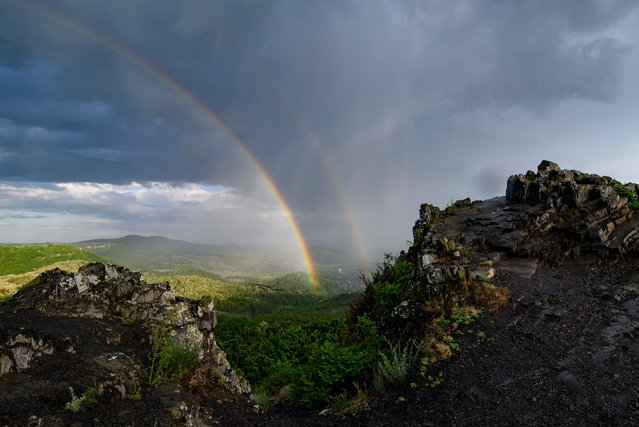 A rainbow is seen from the Witch Stone after a heavy downpour near Salgotarjan, Hungary, 01 June 2020 (issued 02 June 2020). (Photo by Peter Komka/EPA/EFE) 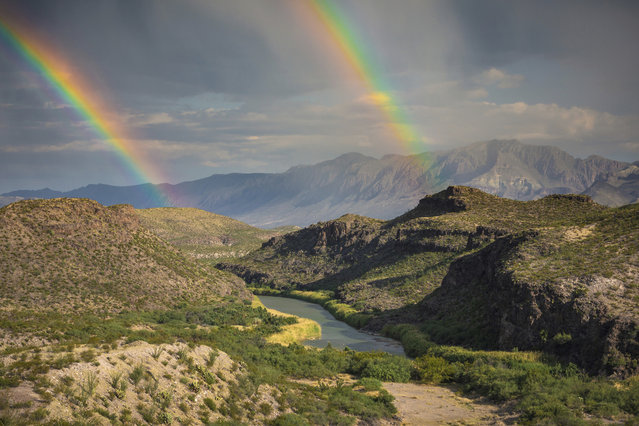 A double rainbow over Big Bend National Park, Texas, with the Rio Grande marking the US-Mexico border, with Mexico on the right. A new documentary, The River and The Wall, examines the diverse wildlife and landscape along the border. (Photo by Fin And Fur Films/AP Photo) 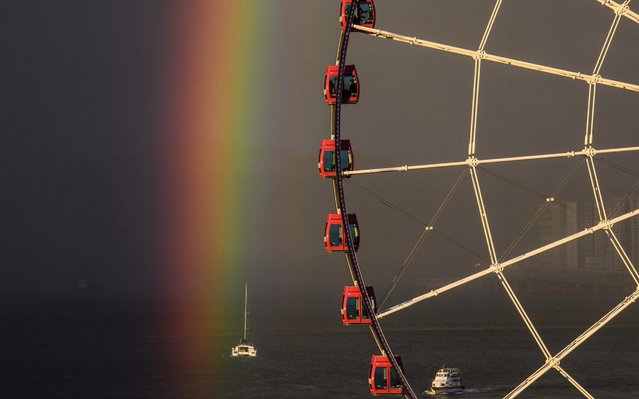 Passengers (top C) sit in a ferris wheel as a rainbow appears during sunset after a rain shower in Hong Kong on June 16, 2020. (Photo by Anthony Wallace/AFP Photo) 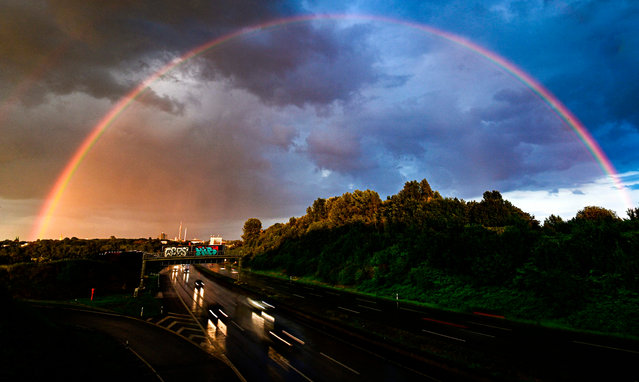 A rainbow and dark clouds are seen over the city of Dortmund, western Germany on July 26, 2020. (Photo by Ina Fassbender/AFP Photo) 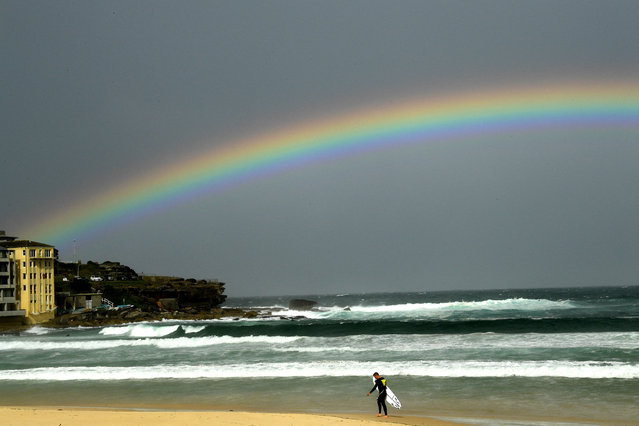 A rainbow is seen as it rains over the Bondi Beach in Sydney on May 6, 2021. (Photo by Saeed Khan/AFP Photo) 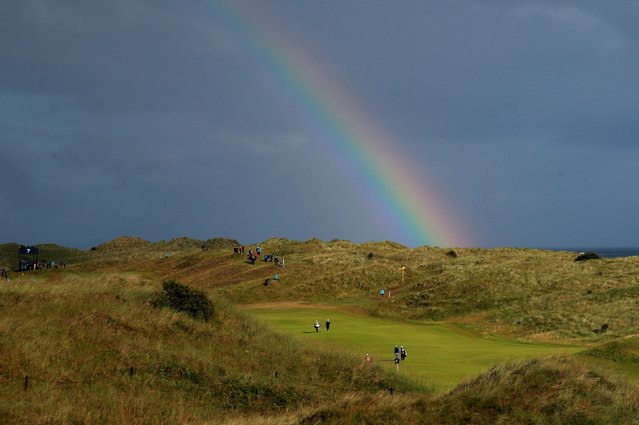 A rainbow during the first round of the British Open at Royal Portrush Golf Club, Northern Ireland on July 18, 2019. (Photo by Ian Walton/Reuters) 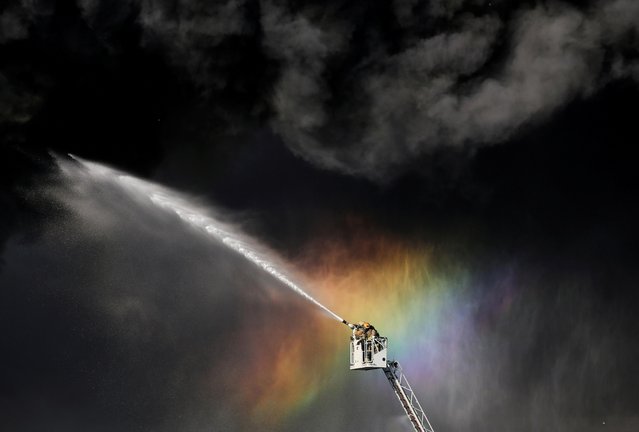 Firefighters use a ladder while extinguishing the fire at an industrial building in Saint Petersburg, Russia on August 22, 2019. (Photo by Anton Vaganov/Reuters) 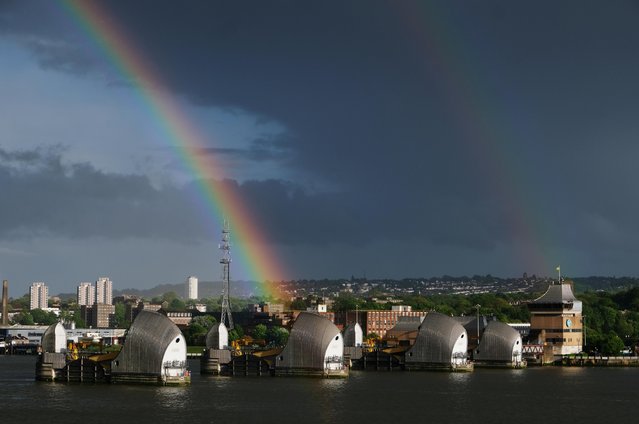 A rainbow is seen over the Thames Barrier on the River Thames while the spread of the coronavirus disease (COVID-19) continues, London, Britain, April 30, 2020. (Photo by Steven Watt/Reuters) 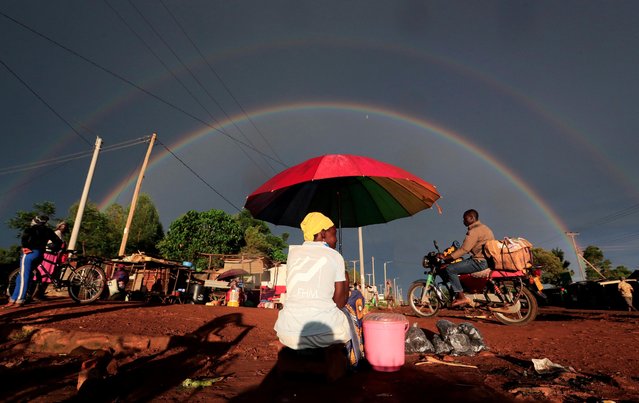 A double rainbow is seen above a woman holding an umbrella and selling snacks along the road in Siaya county, Kenya on May 3, 2020. (Photo by Thomas Mukoya/Reuters) 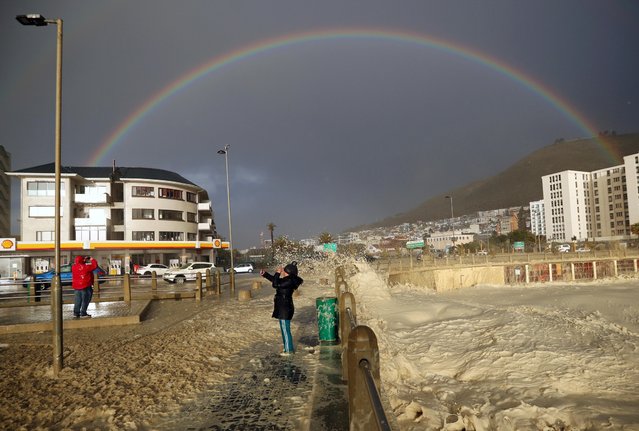 A woman takes pictures as spray is thrown up by huge swells as a cold front moves in over Cape Town, South Africa on July 13, 2020. (Photo by Mike Hutchings/Reuters) 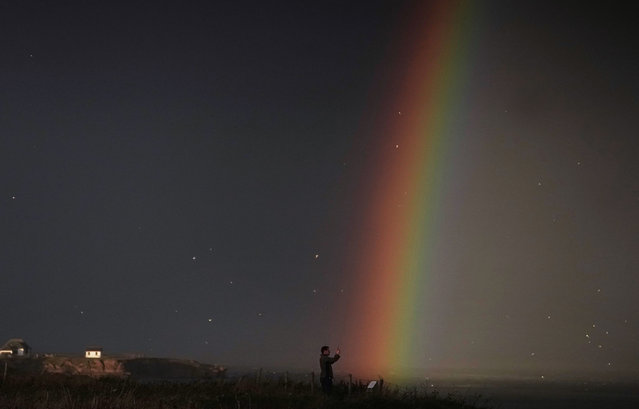 A ship passes by a rainbow off the coast at Tynemouth, United Kingdom on November 30, 2020. (Photo by Owen Humphreys/PA Images via Getty Images) 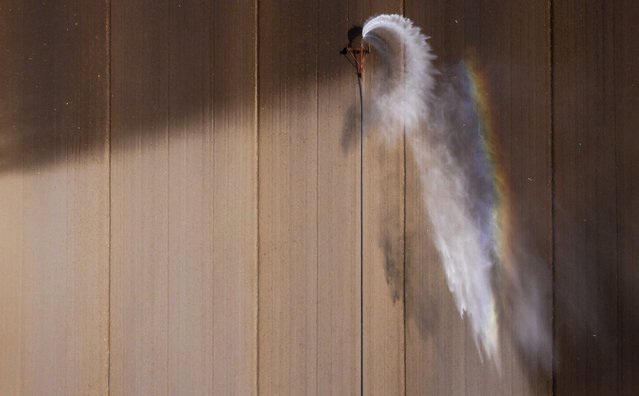 An aerial picture taken by a drone of a sprinkler irrigating a field in Culemborg, Netherlands, 20 May 2020. Due to persistent drought, there is a ban on spraying water in some Dutch regions. No more spray water can be taken from ditches, streams and channels. (Photo by Robin Van Lonkhuijsen/EPA/EFE) A rainbow appears over an oast house, near Hawkhurst in Kent, England, Tuesday, November 3, 2020. Oast houses are a distinctive feature of the Kent and Sussex landscape and were constructed originally to dry the harvested mature hops used as an ingredient in brewing beer. (Photo by Gareth Fuller/PA Wire via AP Photo) 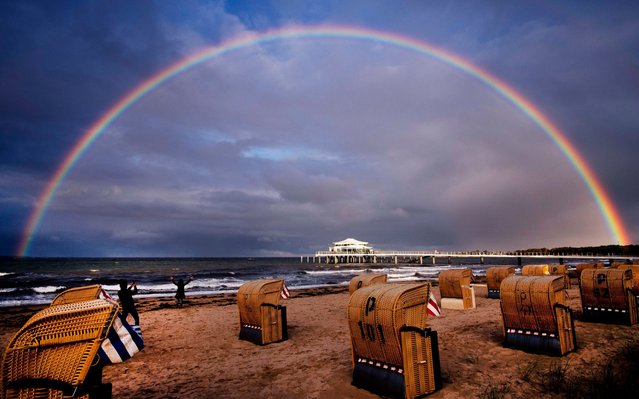 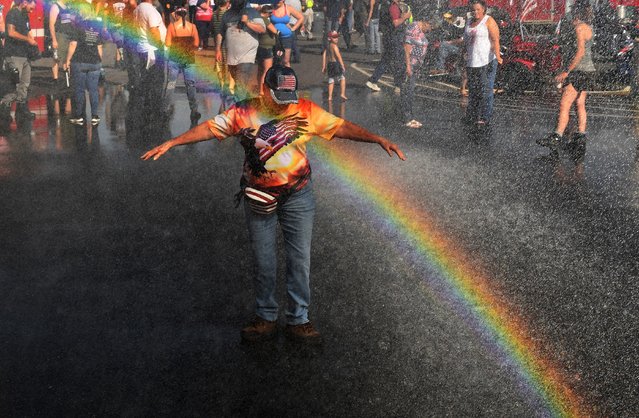 A rainbow appears as a Rolling Thunder participant cools off under a water shower from a firetruck near the Pentagon in Arlington, Va. on May 26, 2019. (Photo by Matt McClain/The Washington Post) 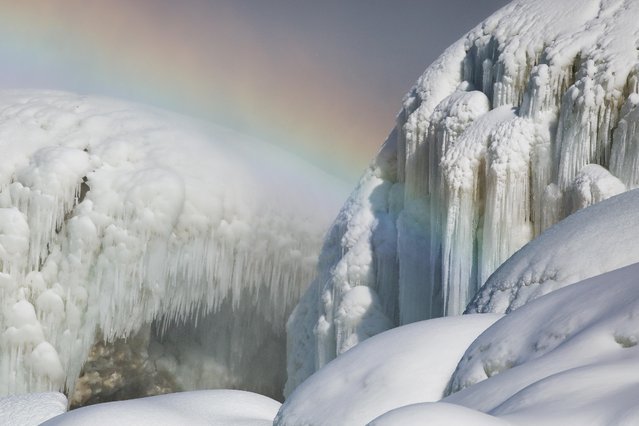