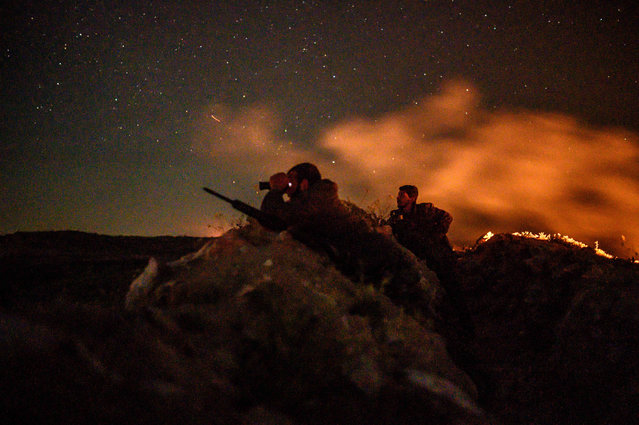 A fighter with the Syrian Democratic Forces (SDF) uses a binocular in a position in the eastern Syrian province of Deir Ezzor outside the Islamic State group's embattled holdout of Baghouz , on March 11, 2019. Kurdish-led forces pounded the last scrap of land held by the Islamic State group in eastern Syria after hundreds more people surrendered. The jihadists once ruled over millions in a swathe of Syria and Iraq, but they have since lost all that territory except for a riverside slither of land near the Iraqi border. (Photo by Bulent Kilic/AFP Photo) 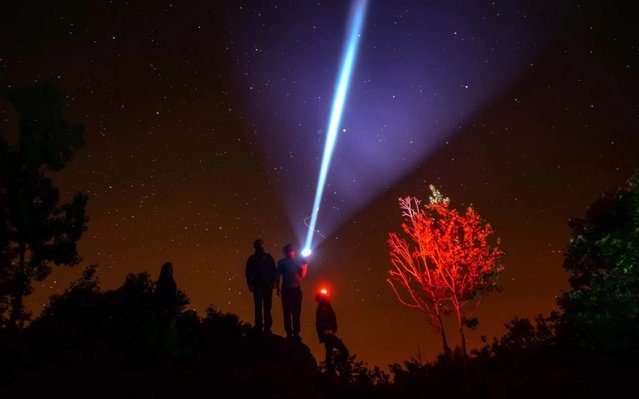 A camper sets light to sky at Mount Nemrut in Tatvan district of Bitlis, Turkey on June 29, 2019. Mount Nemrut is a popular camping destination for nature lovers. (Photo by Ahmet Okur/Anadolu Agency/Getty Images) 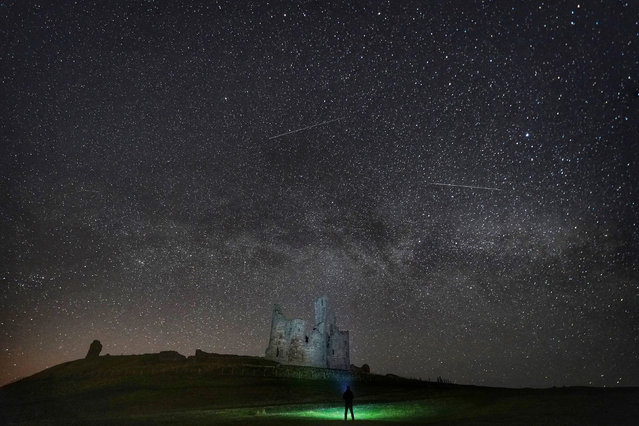 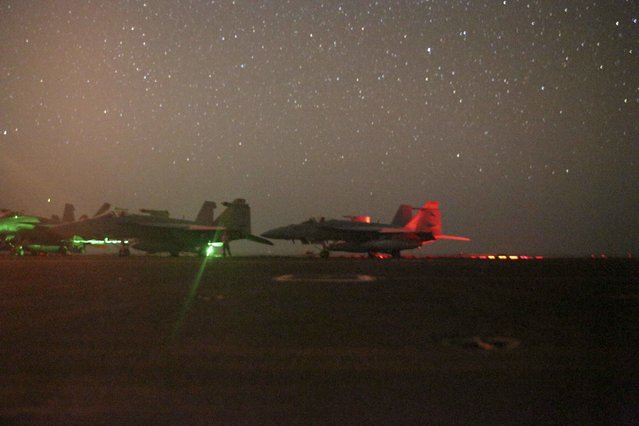 In this photo taken on Sunday, May 26, 2019 and released by the U.S. Navy, F/A-18 Super Hornets sit secured on the flight deck of the Nimitz-class aircraft carrier USS Abraham Lincoln in the Arabian Sea. (Photo by Mass Communication Specialist 3rd Class Jeremiah Bartelt/U.S. Navy via AP Photo) 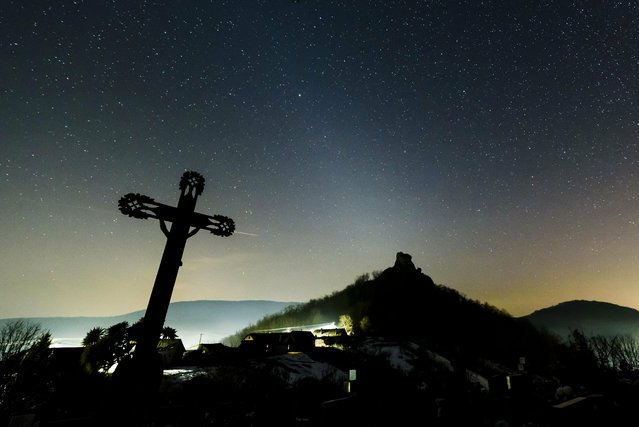 In a picture issued on February 8, 2019 the white glow of zodiacal light is visible in the night sky as photographed near Hajnacka, southern Slovakia on Thursday, Feb. 7, 2019. The faint light is caused by interplanetary dust reflecting sunlight. The astronomical phenomenon in the temperate zones is most clearly visible in February and March after sunset and in September and October before sunrise, when the zodiac is positioned at a steep angle to the horizon. (Photo by Peter Komka/MTI via AP Photo) 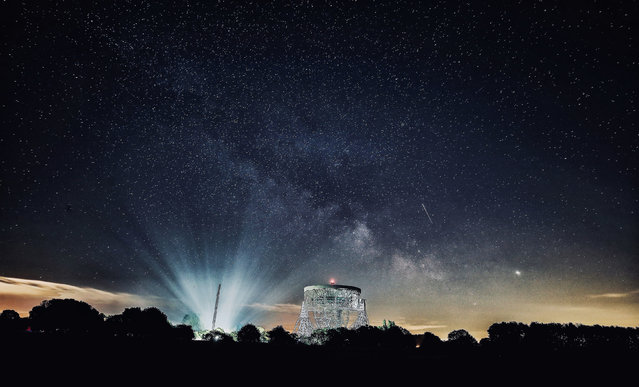 Shooting stars and the Milky Way are seen over the Lovell telescope at Jodrell Bank Observatory in Cheshire, Macclesfield, England on May 2, 2019. The Lovell telescope was the world’s largest steerable dish radio telescope, 76.2 metres (250 feet) in diameter when it was constructed in 1957. It is now the third largest in the world. (Photo by Peter Byrne/PA Wire Press Association) 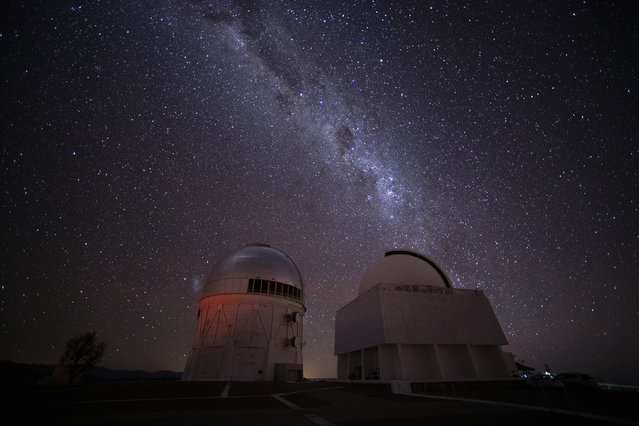 The Milky Way rises over Cerro Tololo Observatory in Chile on July 2, 2019. (Photo by UPI/Barcroft Media) 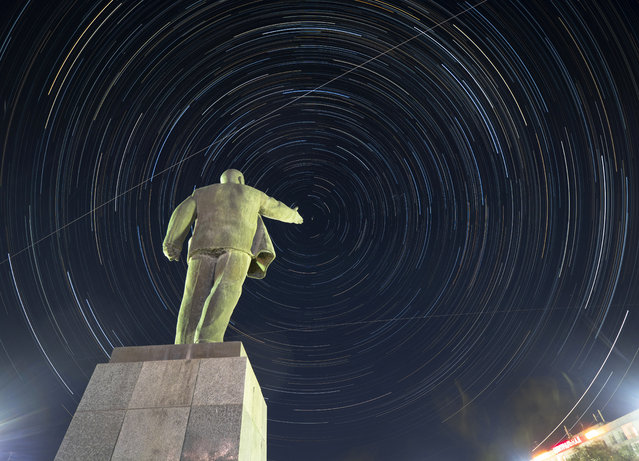 The International Space Station (ISS) moves along its orbit above at the Russian leased Baikonur cosmodrome, Kazakhstan, Thursday, July 18, 2019, with a statue of Soviet Union founder Vladimir Lenin in the foreground. Circular star tracks around the Polar Star and tracks of the ISS is the result of the camera multiple exposure with a total duration of two hours. The new Soyuz mission to the International Space Station (ISS) is scheduled on Saturday, July 20 with U.S. astronaut Andrew Morgan, Russian cosmonaut Alexander Skvortsov and Italian astronaut Luca Parmitano. (Photo by Dmitri Lovetsky/AP Photo) 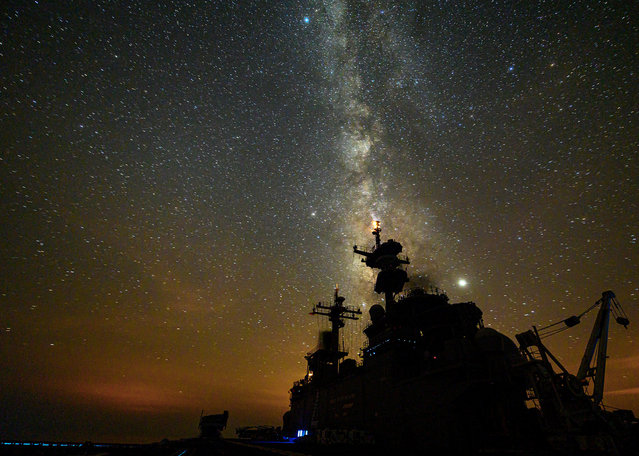 The USS Boxer (LHD-4), a Wasp-class amphibious assault ship in the Gulf on August 2, 2019. (Photo by Reuters/Stringer) 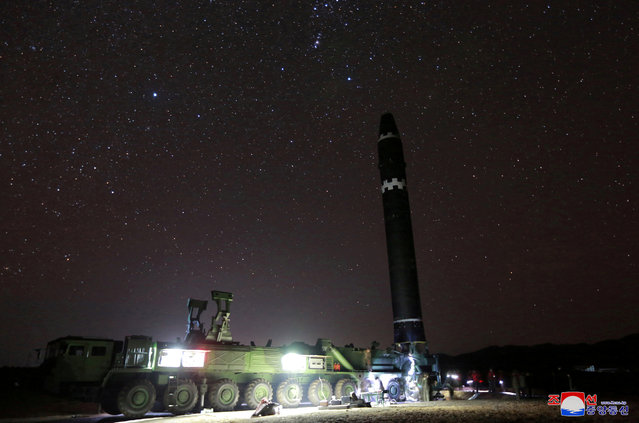 A view of the newly developed intercontinental ballistic rocket Hwasong-15's test that was successfully launched, in this undated photo released by North Korea's Korean Central News Agency (KCNA) in Pyongyang on November 30, 2017. (Photo by Reuters/KCNA) 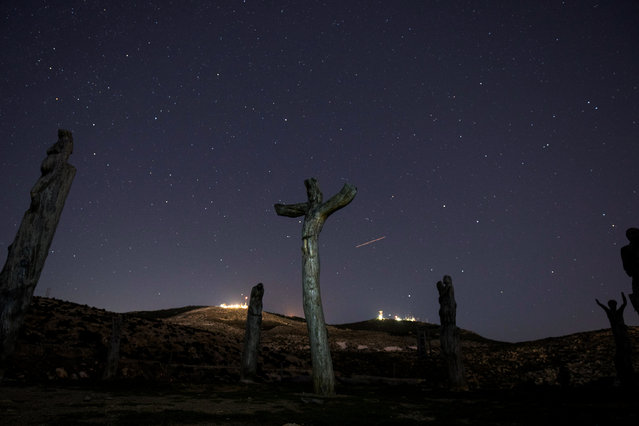 Wooden statues, part of the outdoor exhibition “The Park of Souls” by Greek artist Spyridon Dasiotis, are seen on Mount Parnitha, near Athens, Greece, January 31, 2019. (Photo by Alkis Konstantinidis/Reuters) 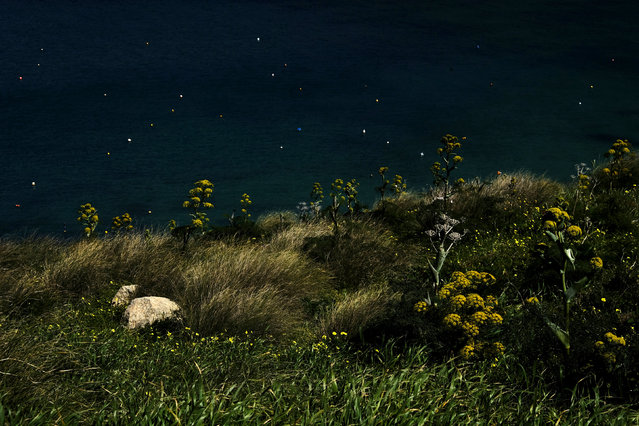 Giant fennel plants are seen on a hillside overlooking Gnejna Bay, outside the village of Mgarr, Malta on March 5, 2019. (Photo by Darrin Zammit Lupi/Reuters) 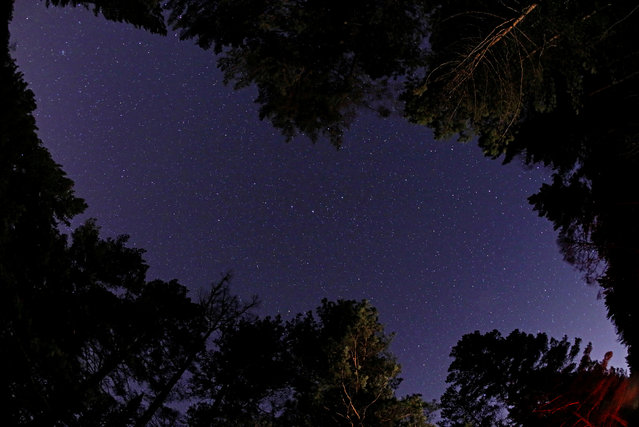 A view from a Siberian Taiga forest shows stars in the night sky outside Krasnoyarsk, Russia on April 5, 2019. (Photo by Ilya Naymushin/Reuters) 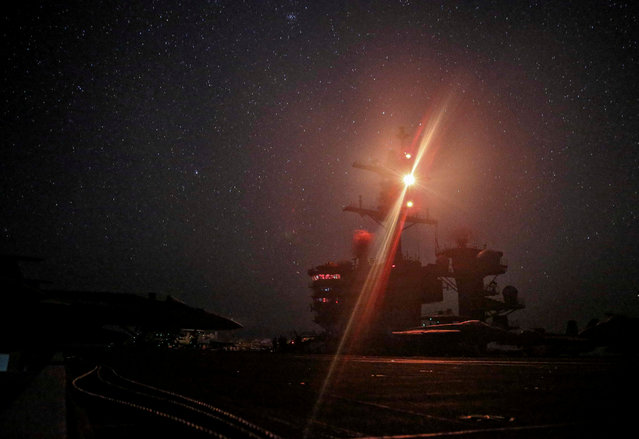 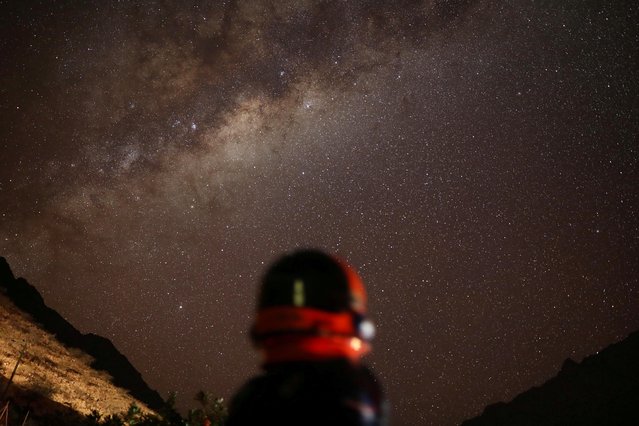