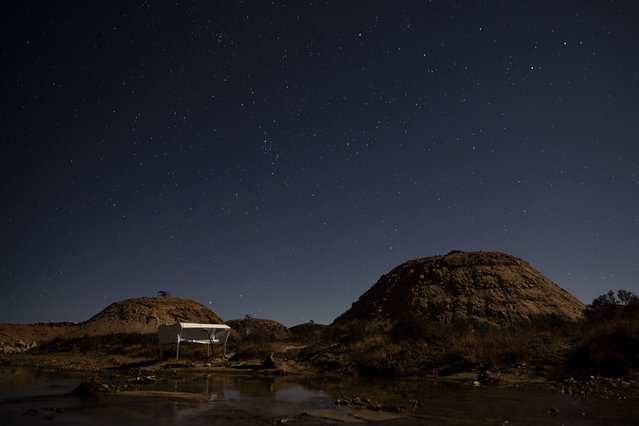 Moonlight shines on mounds of dirt covering instruments to detect muon particles originating from outer space at the Large High-Altitude Air Shower Observatory (LHAASO) at Haizi Mountain near Daocheng in southwestern China's Sichuan Province, Friday, November 8, 2019. The LHAASO, the biggest device of its kind, has detected a dozen sources of ultra high-energy gamma rays from within our Milky Way galaxy, according to a new study in the journal Nature. (Photo by Mark Schiefelbein/AP Photo) 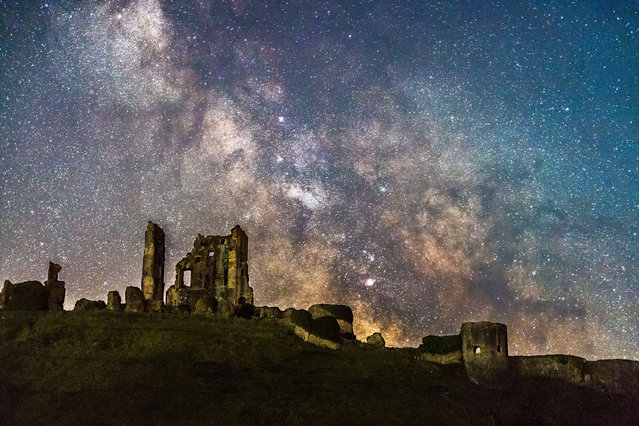 The galactic centre of the Milky Way glows brightly in the clear night sky as it rises from behind the ruins of Corfe Castle in Dorset, United Kingdom on April 18, 2021. (Photo by Graham Hunt/Alamy Live News) 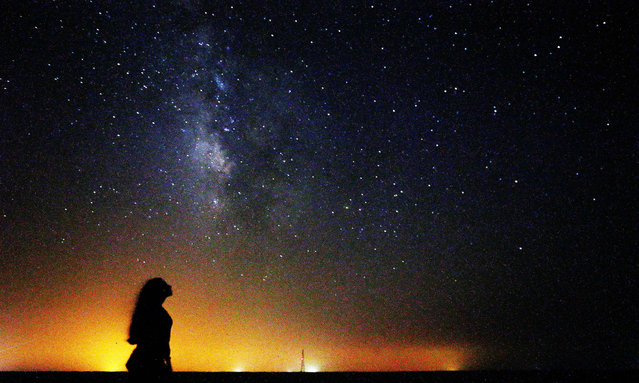 A woman looks at the Milky Way galaxy rising in the night sky in Kuwait's al-Salmi desert, 120Km north of the capital, on August 9, 2021. (Photo by Yasser Al-Zayyat/AFP Photo) 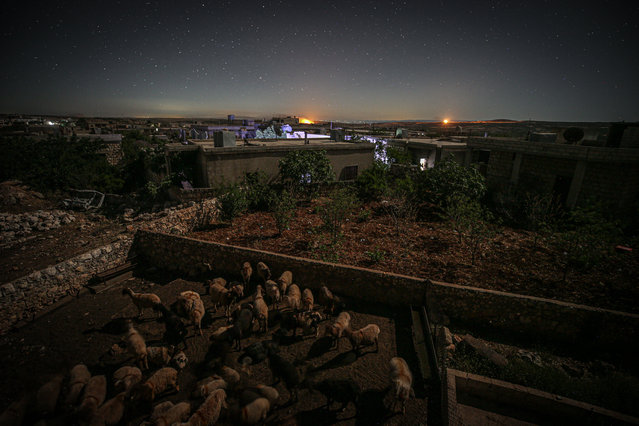 Assad regime forces set fire the cultivated fields planted by civilians in the countryside of Serakib district in the east of Idlib with artillery and mortar attacks using a method called “hunger bomb” in Idlib, Syria on May 20, 2021. (Photo by Muhammed Said/Anadolu Agency via Getty Images) 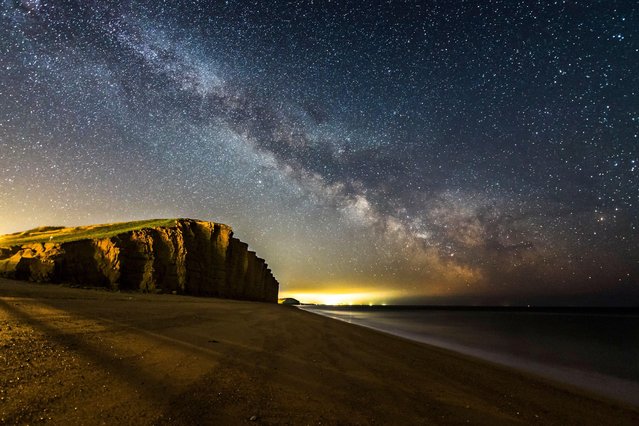 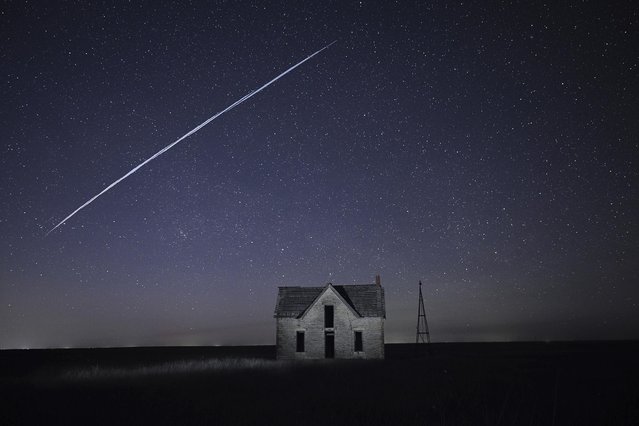 File-In this photo taken May 6, 2021, with a long exposure, a string of SpaceX StarLink satellites passes over an old stone house near Florence, Kan. The train of lights was actually a series of relatively low-flying satellites launched by Elon Musk's SpaceX as part of its Starlink internet service earlier this week. (Photo by Reed Hoffmann/AP Photo/File) 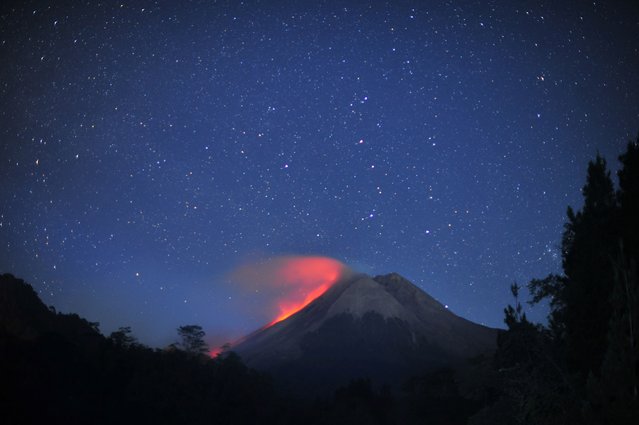 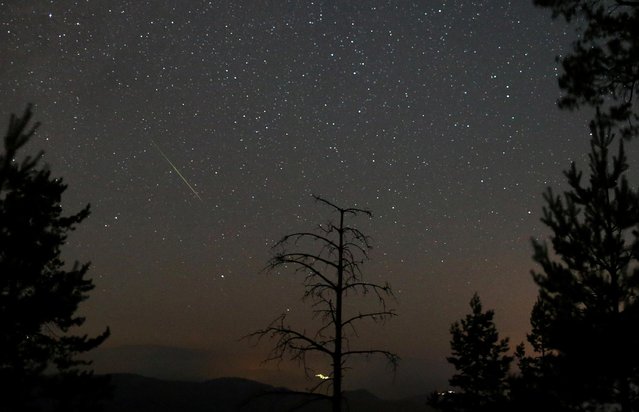 A meteor dashes above Tvrtkovac mountain during the Perseid meteor shower seen from Zenica, Bosnia and Herzegovina, August 8, 2021. (Photo by Dado Ruvic/Reuters) 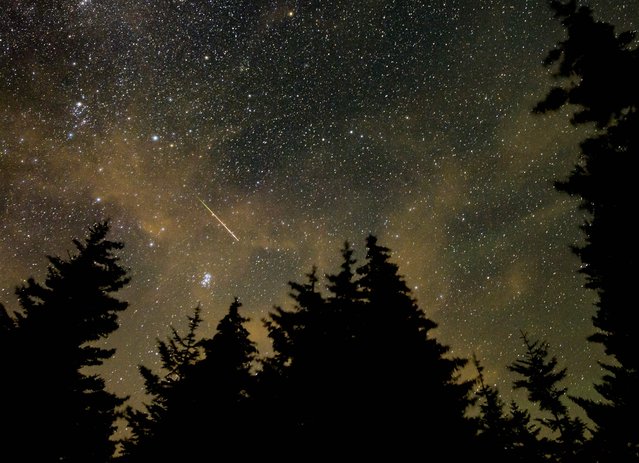 This NASA handout photo shows a 30 second exposure,as a meteor streaks across the sky during the annual Perseid meteor shower on August 11, 2021, in Spruce Knob, West Virginia. (Photo by Bill Ingalls/NASA via AFP Photo) 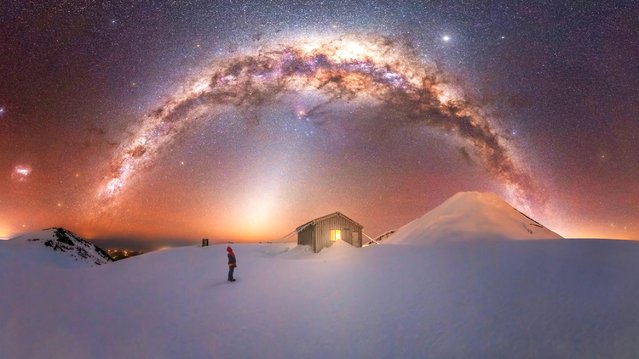 The Milky Way forms an arc over the volcanic Mount Taranaki in New Zealand where the photographer climbed for four hours in minus 15°C temperatures to capture a magical shot in 2021. (Photo by Larryn Rae/Capture the Atlas/Triangle News) 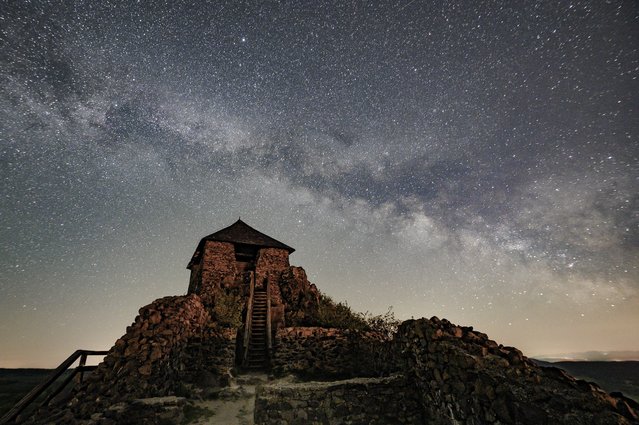 A view of the Milky Way that stretches across the clear night sky above Salgotarjan, Hungary, 09 May 2021. (Photo by Peter Komka/EPA/EFE) 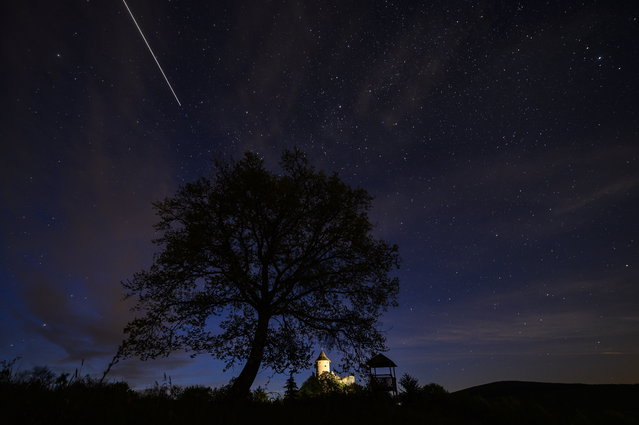 Due to a long camera shutter speed the International Space Station (ISS) creates a light strip as it moves across the sky above Somosko Castle near Salgotarjan, Hungary, Wednesday, May 05, 2021. (Photo by Peter Komka/MTI via AP Photo) 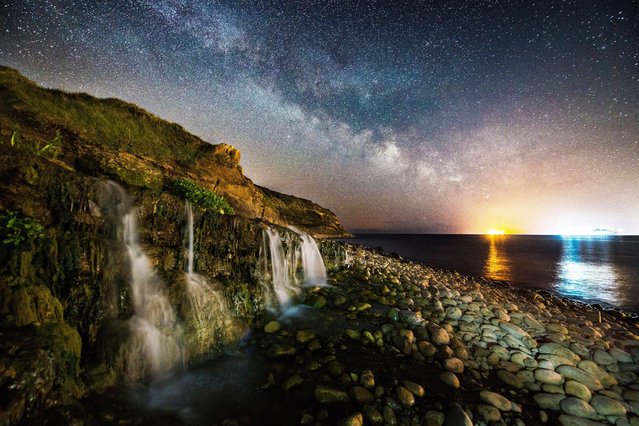 The Milky Way glows in clear skies over Osmington Mills, Dorset in United Kingdom on May 5, 2021, where a 2.4 metre skull fossil from a pliosaur was found in 2019. (Photo by Graham Hunt/Alamy Live News) 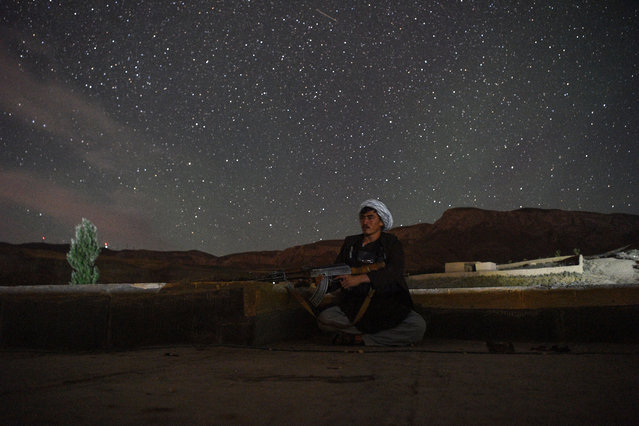 In this picture taken on July 15, 2021, an Afghan militia fighter keeps a watch at an outpost against Taliban insurgents at Charkint district in Balkh Province. (Photo by Farshad Usyan/AFP Photo) 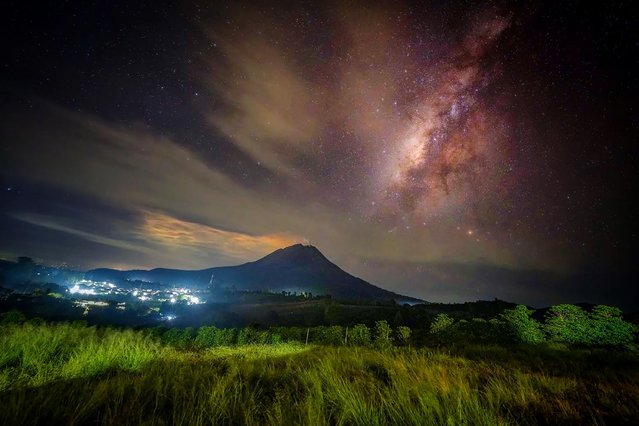