The Milky Way over Bamburgh lighthouse at stag Rock in Northumberland, England on March 23, 2020. (Photo by Owen Humphreys/PA Images via Getty Images) 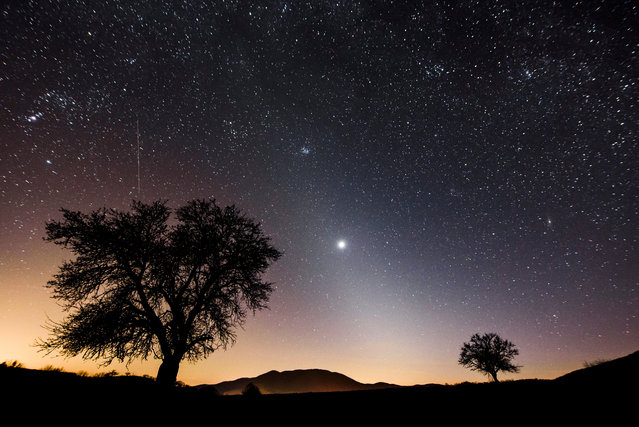 The Zodiacal light and planet Venus (C-L) are visible in the night sky above Salgotarjan, northern Hungary, 15 March 2020. The light phenomenon, which is characterized by a diffuse white glow, is caused by interplanetary dust reflecting sunlight. In the temperate zone Zodiacal light may be observed after sunset in February and March, and before sunrise in September and October, which is also called false dawn. (Photo by Peter Komka/EPA/EFE) 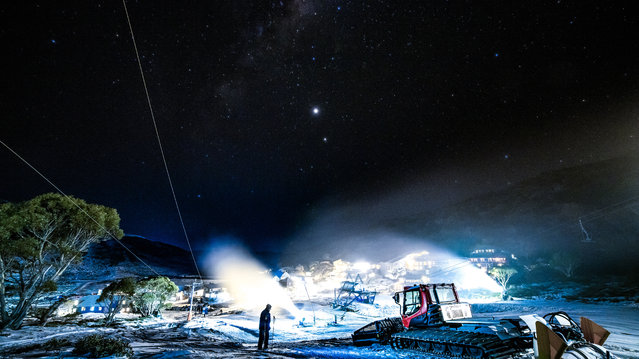 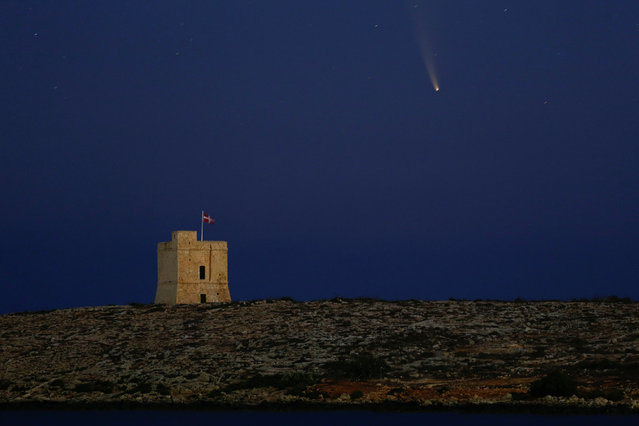 The Comet C/2020 or “Neowise” is seen in the sky behind St Mark's Tower, a 17th century coastal fortification near the village of Bahar ic-Caghaq, Malta on July 12, 2020. (Photo by Darrin Zammit Lupi/Reuters) 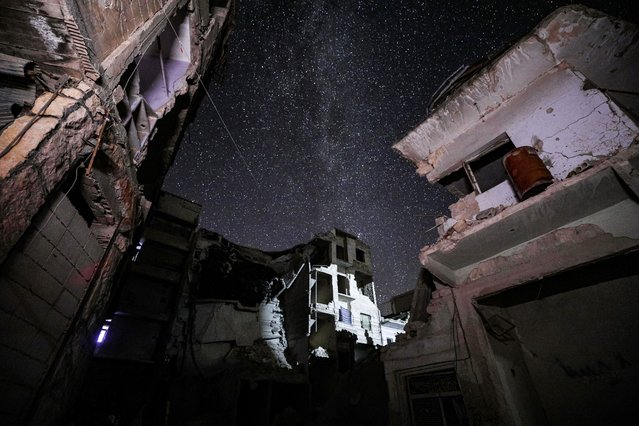 This long-exposure picture taken early on June 27, 2020 shows a view of buildings destroyed by prior bombardment in the town of Ariha in Syria's rebel-held northwestern Idlib province, as the Milky Way galaxy is seen in the night sky above. (Photo by Omar Haj Kadour/AFP Photo) 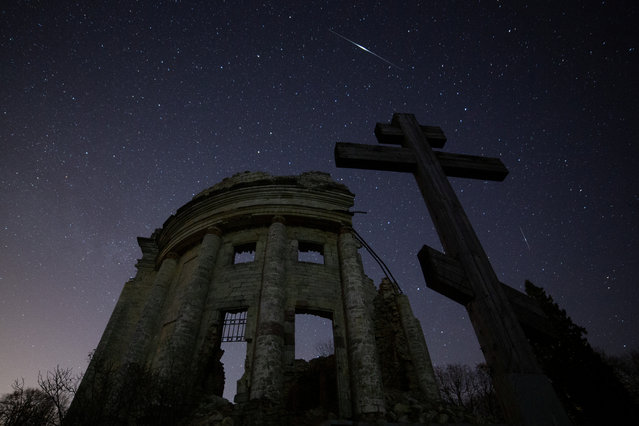 Stars are seen in the night sky during the Lyrid Meteor Shower over the ruins of Saint Trinity church in Leningrad Region, Russia on April 22, 2020. (Photo by Anton Vaganov/Reuters) 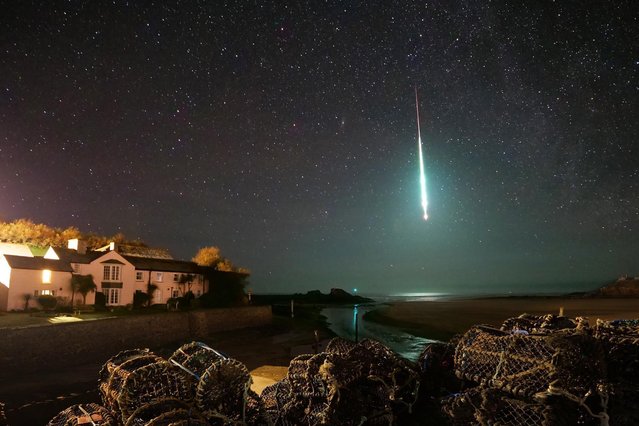 A brightly burning magnesium-rich meteor known as a bolide was captured near Bude, Cornwall on January 24, 2020. (Photo by Chris Small/Apex News) 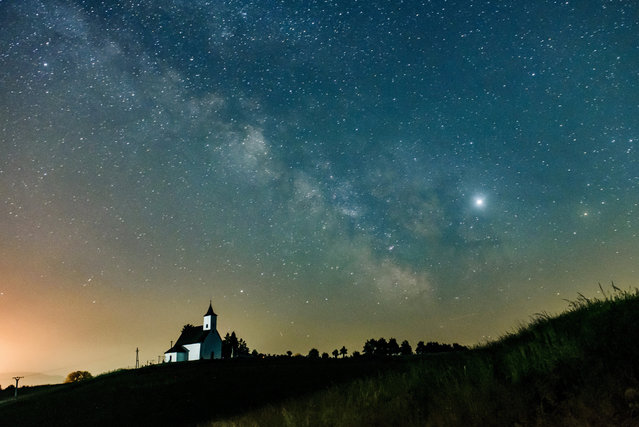 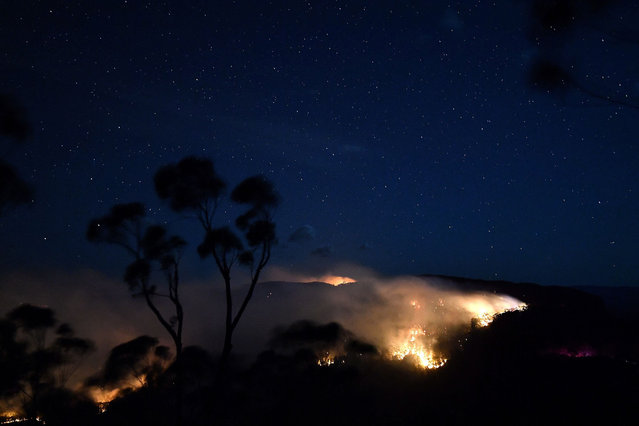 A bushfire burns out of control in the Blue Mountains of the New South Wales on December 2, 2019. Bushfire-prone Australia has experienced a horrific start to its fire season, which scientists say is beginning earlier and becoming more extreme as a result of climate change, which is raising temperatures and sapping moisture from the environment. (Photo by Saeed Khan/AFP Photo) 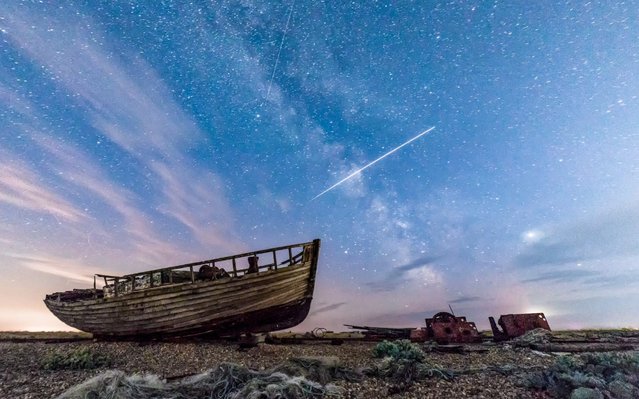 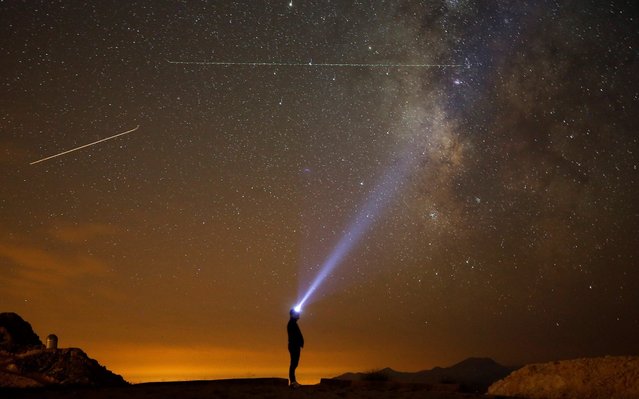 A man wearing a headlamp under the sky with lot of bright stars during the 22nd National Sky Observation Festival at TUBITAKs National Observatory campus located at the Saklikent ski resort at an altitude of 2,000 meters (6,560 feet) in Antalya, Turkey on August 02, 2019. Scientific and Technological Research Council of Turkey (TUBITAK) hosts its annual astronomy festival from Aug. 1-4 in the Mediterranean city of Antalya. (Photo by Mustafa Ciftci/Anadolu Agency/Getty Images) 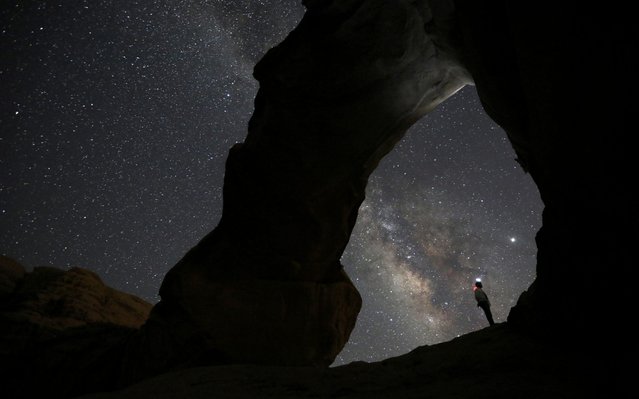 A man watches the stars seen on the sky of Al-Kharza area of Wadi Rum in the south of Amman, Jordan, July 27, 2019. (Photo by Muhammad Hamed/Reuters) 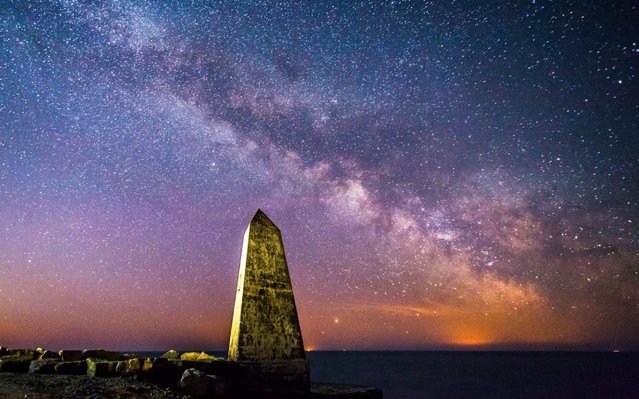 The Milky Way glows brightly in the clear night sky above the obelisk at Portland Bill in Dorset, England on March 25, 2020. (Photo by Graham Hunt/Alamy Live News) 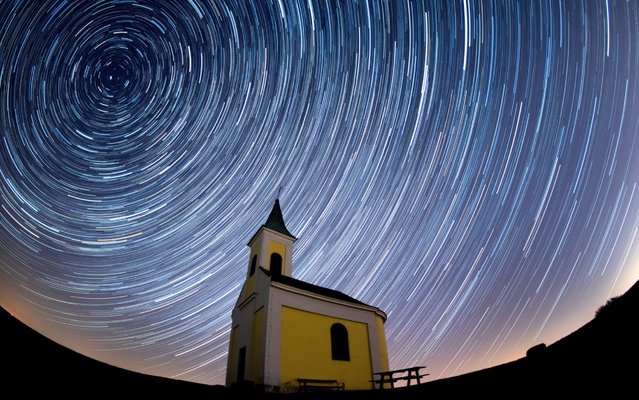 Startrails are seen during the Lyrids meteor shower over Michaelskapelle on April 21, 2020 in Niederhollabrunn, Austria. The clear skies created by the New Moon coincide with the Lyrid meteor shower, an annual display caused by the Earth passing through a cloud of debris from a comet called C/186 Thatcher. (Photo by Thomas Kronsteiner/Getty Images) 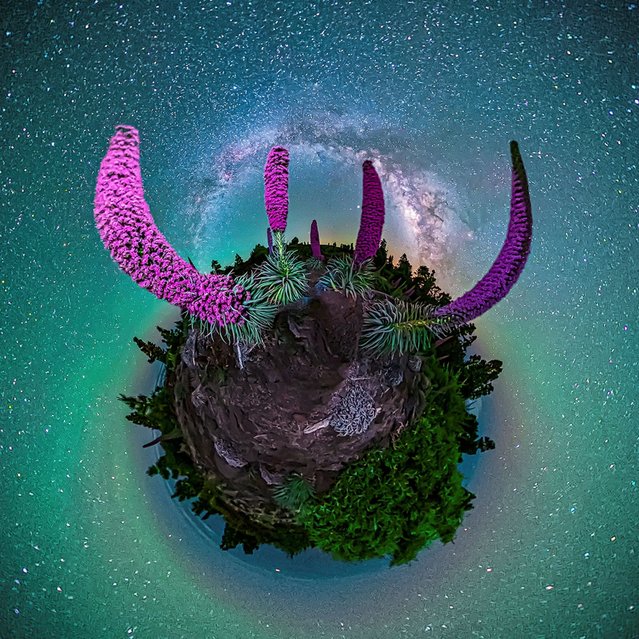 A handout photo made available by the website Cielos La Palma shows a view of the Milky Way in the early morning sky above the pink tajinaste (Echium wildpretii) plants endemic to the Canary Islands in Garafia, La Palma, Canary Islands, Spain, 27 May 2020. (Photo by Antonio Gonzalez/EPA/EFE/Rex Features/Shutterstock) 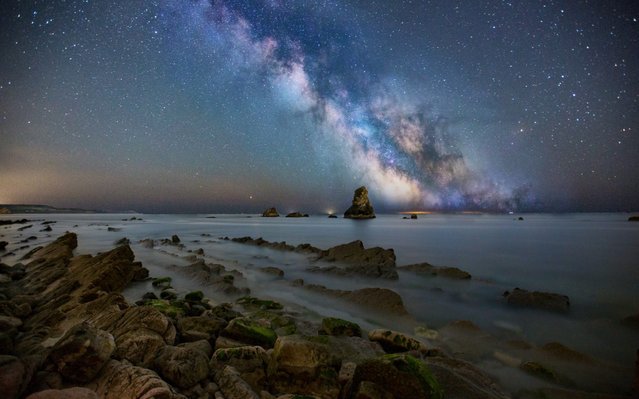