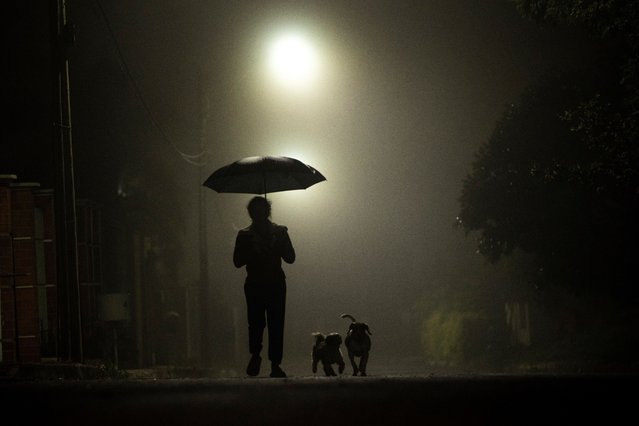 A woman walks with her pets during a foggy night in Brasilia, Brazil, 21 February 2022. (Photo by Joedson Alves/EPA/EFE/Rex Features/Shutterstock) 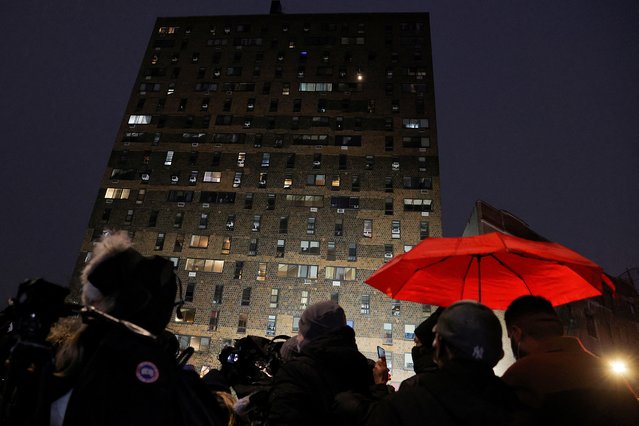 People stand outside an apartment building where a fire occurred in the Bronx borough of New York City, U.S., January 9, 2022. (Photo by Andrew Kelly/Reuters) 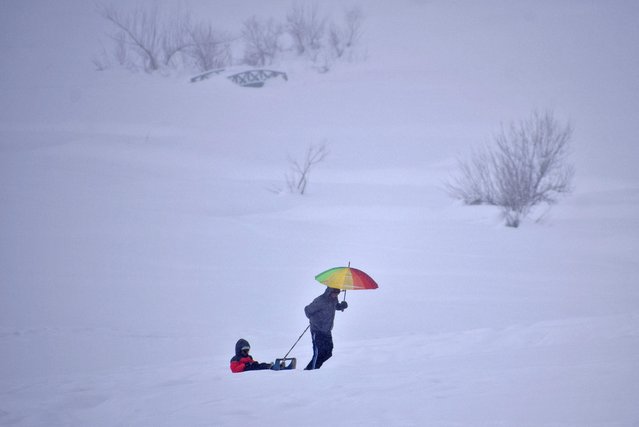 A man pulls sledge with a tourist in a snow-covered field in Gulmarg, a ski resort and one of the main tourist attractions in the Kashmir region, January 22, 2022. (Photo by Sanna Irshad Mattoo/Reuters) 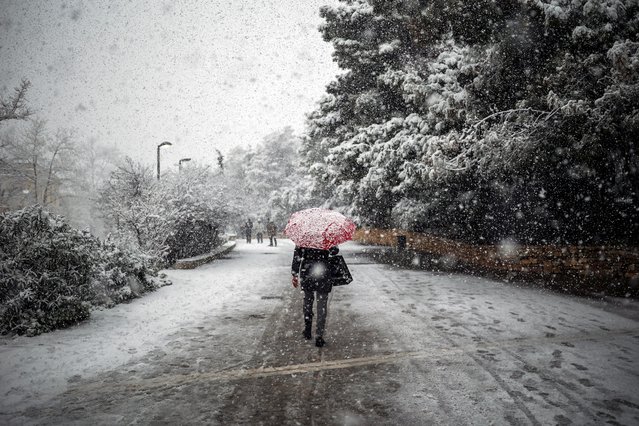 A woman makes her way on the snow-covered Areopagitou pedestrian street under the Acropolis hill archaeological site during heavy snowfall in Athens, Greece, January 24, 2022. (Photo by Alkis Konstantinidis/Reuters) 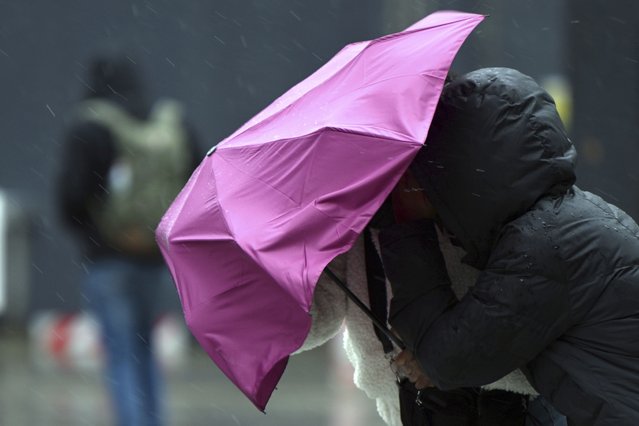 People take cover behind an umbrella one a stormy day in Cologne, Germany, Monday, February 21, 2022. A series of storms have hit northern Europe in recent days. (Photo by Federico Gambarini/dpa via AP Photo) 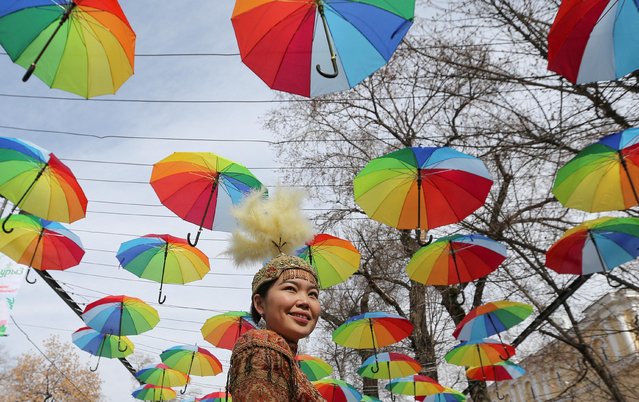 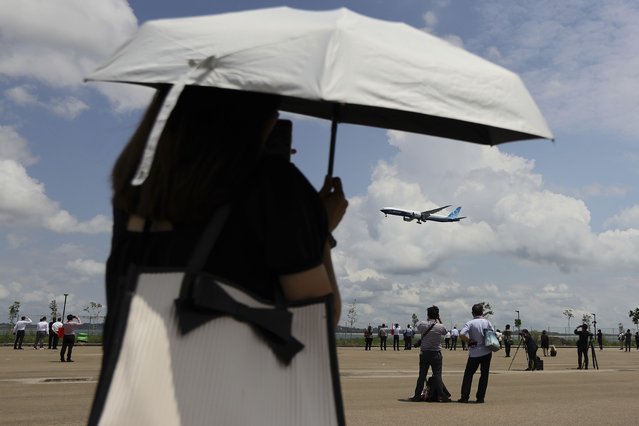 Boeing's B777-9 participates in a fly-by during the Singapore Airshow 2022 at Changi Exhibition Centre in Singapore, Tuesday, February 15, 2022. (Photo by Suhaimi Abdullah/AP Photo) 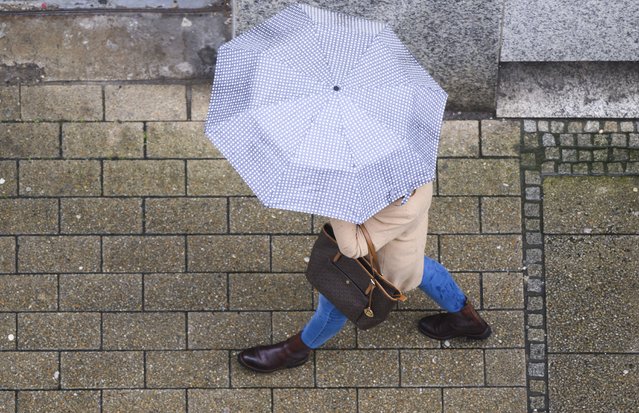 A woman with an umbrella walks through the city center of Hildesheim, Germany, Wednesday, February 16, 2022. Germany’s national weather service DWD has warned that a storm sweeping in from the northwest could bring gusts up to 120 kilometers per hour (75 miles per hour) Thursday. (Photo by Julian Stratenschulte/dpa via AP Photo) 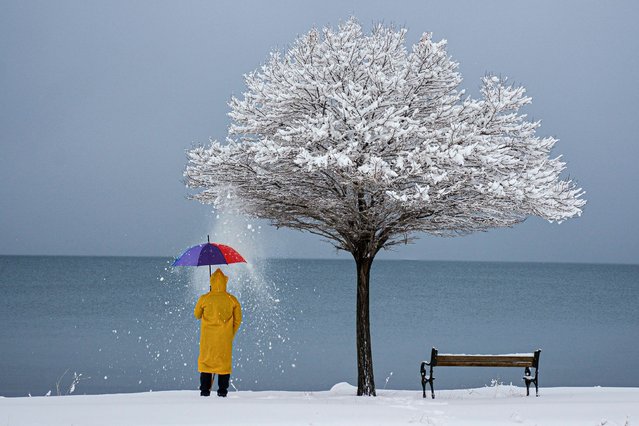 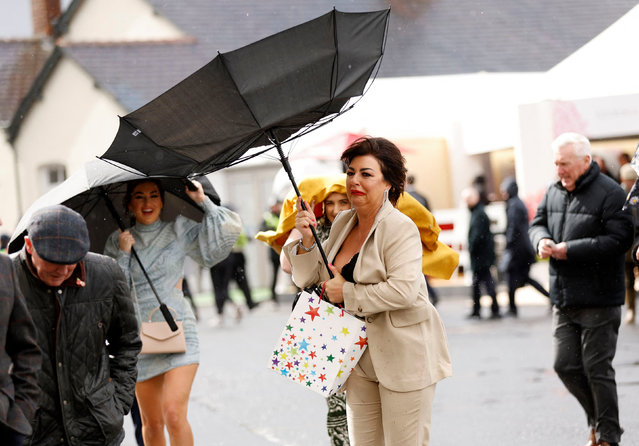 A woman’s umbrella blows inside-out before the start of horse racing at Aintree in Liverpool, United Kingdom on April 7, 2022. (Photo by Jason Cairnduff/Reuters) 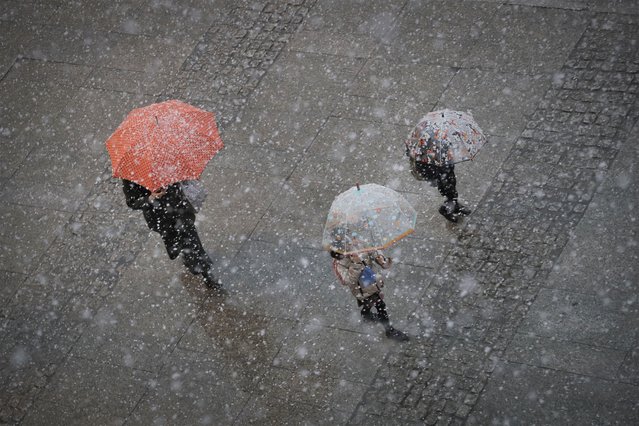 Two children go to school amid a heavy snowfall in the city of Pamplona, northern Spain, 01 April 2022. Nine regions from northern Spain are alerted of snowfalls during the day when the spring has already started. (Photo by Villar Lopez/EPA/EFE) 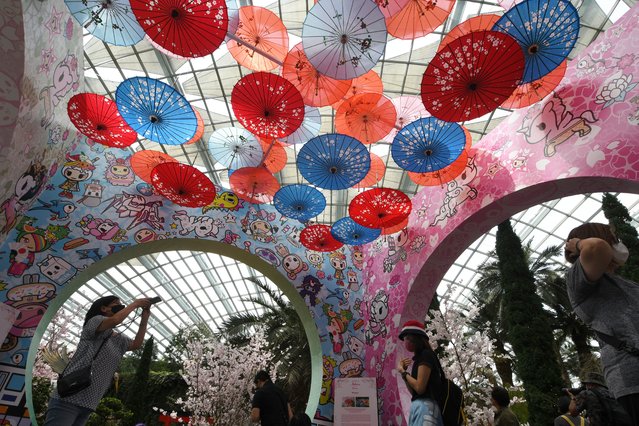 Visitors enjoy cherry blossoms and flower-themed installations displayed inside the Flower Dome of Singapore's Gardens by the Bay on March 9, 2022. (Photo by Xinhua News Agency/Rex Features/Shutterstock) 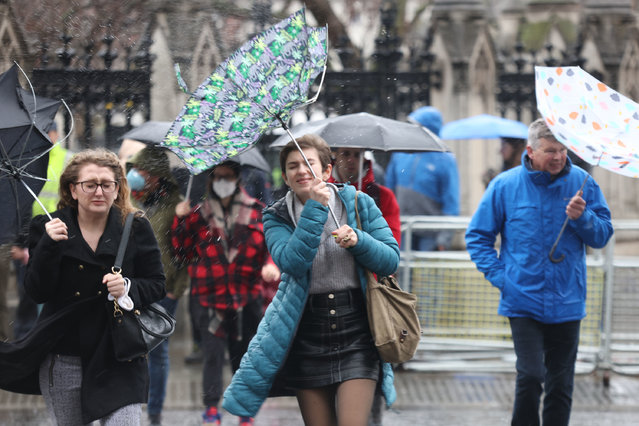 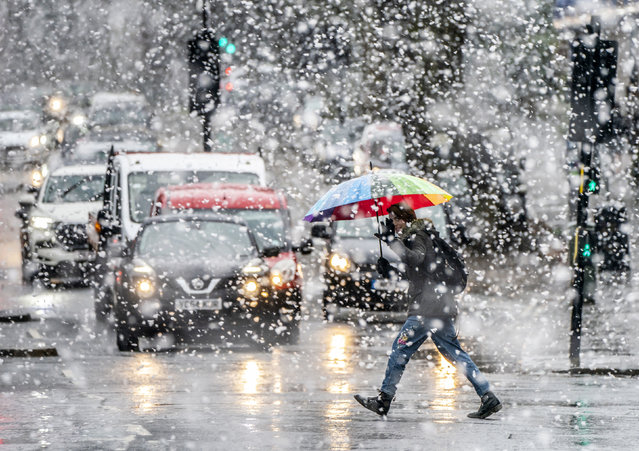 Heavy snow in York in Yorkshire on Saturday, February 19, 2022, after Storm Eunice brought damage, disruption and record-breaking gusts of wind to the UK and Ireland, leading to the deaths of at least four people. (Photo by Danny Lawson/PA Images via Getty Images) 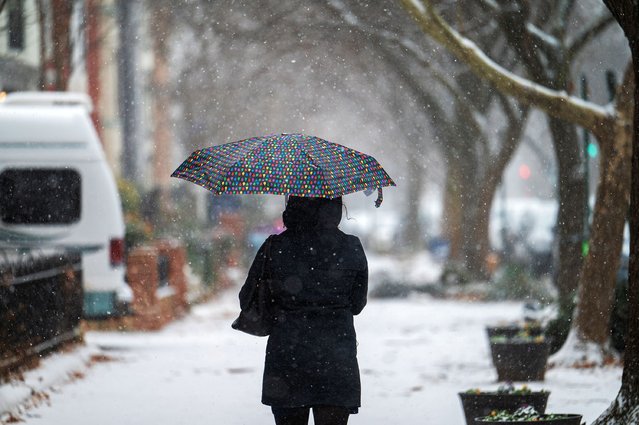