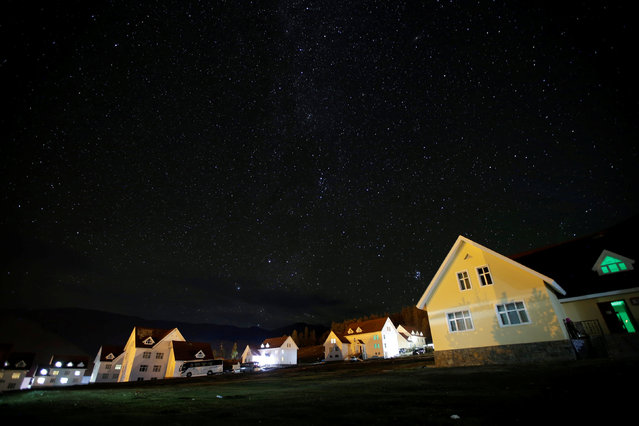 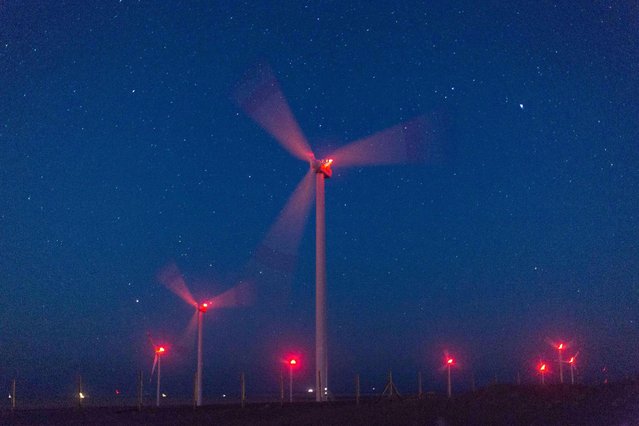 Wind mills producing renewable energy are seen in the eolic park of the Valle de los vientos (Valley of the winds) in the II Antofagasta region, northern Chile January 9, 2016. (Photo by Pablo Sanhueza/Reuters) 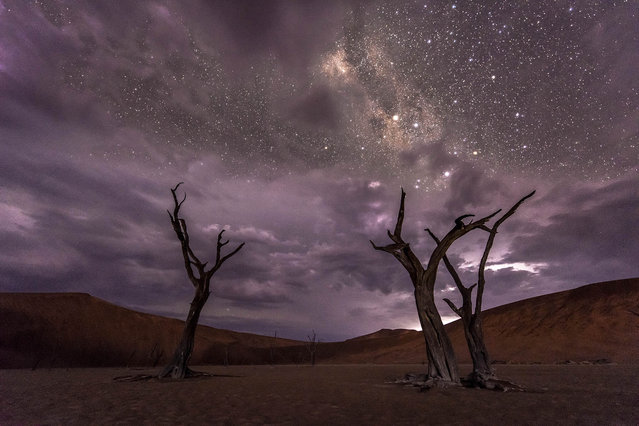 A time-lapse image of a storm in the Namib Desert on June 7, 2016. (Photo by Brendon Cremer/Caters News) 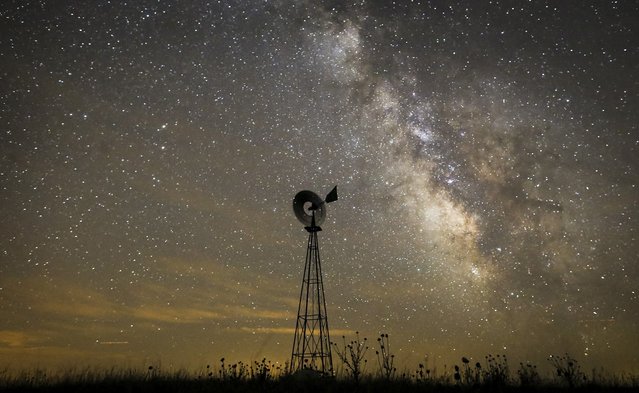 This July 23, 2014 file photo shows the Milky Way galaxy on a moonless night from a cattle pasture in the Sand Hills of Nebraska. Our solar system lies at the edge of a structure called the Local Arm or the Orion Spur, and according to a paper released Wednesday, Sept. 28, 2016, researchers calculated that it stretches more than 20,000 light-years long, maybe about four times what scientists had thought before. (Photo by Travis Heying/The Wichita Eagle via AP Photo) 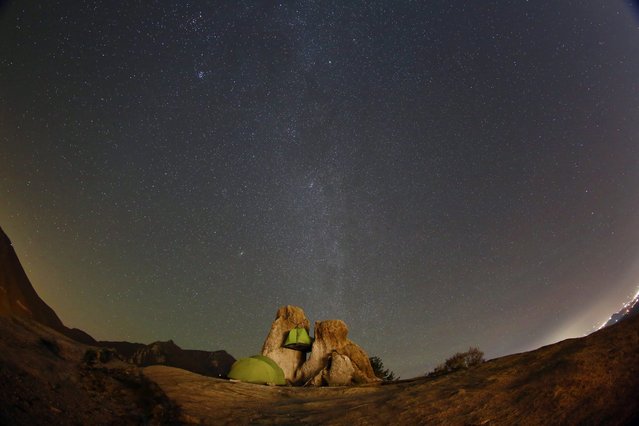 Stars light up the sky above campers, over the rock of Seoraksan Mountain, 250 kilometers northeast of Seoul, South Korea, 30 October 2016. (Photo by Jeon Heon-Kyun/EPA) 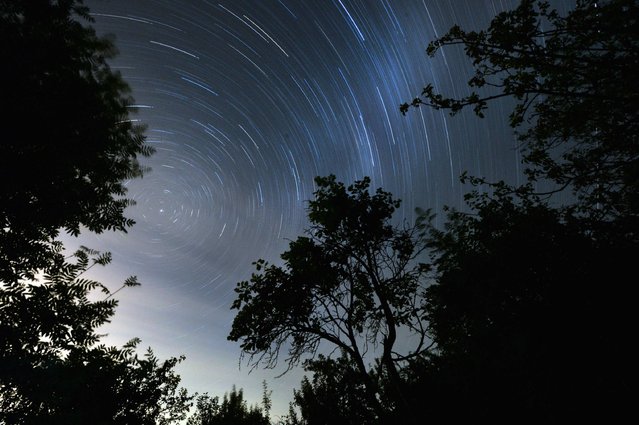 A picture taken with a long exposure in the village of Gornaya Mayevka in the Tian Shan mountains, above 1500 meters above sea level, some 30 kms from Kyrgyzstan's capital Bishkek, early on July 4, 2016, shows stars trails around the Polaris, commonly know as North Star or Pole Star. (Photo by Vyacheslav Oseledko/AFP Photo) 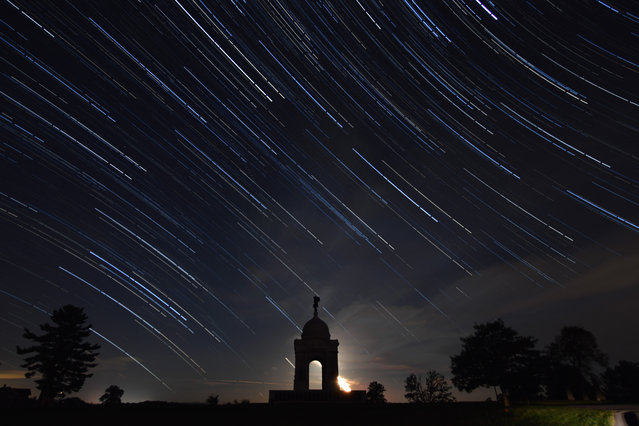 The Pennsylvania State Memorial is shown with a star trails sky above which is a composite of many photographs layered together at the Gettysburg National Military Park on August 11, 2016 in Gettysburg, Pa. (Photo by Ricky Carioti/The Washington Post) 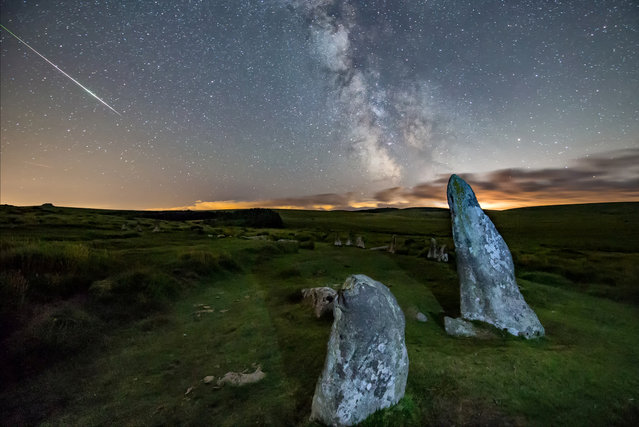 The Perseid Meteor Shower seen over The Scorhill Stone Circle in Dartmoor, Devon on August 2, 2016. (Photo by John Baker/SWNS.com) 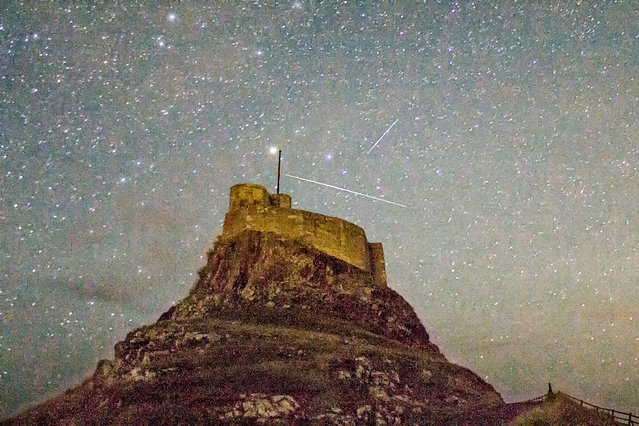 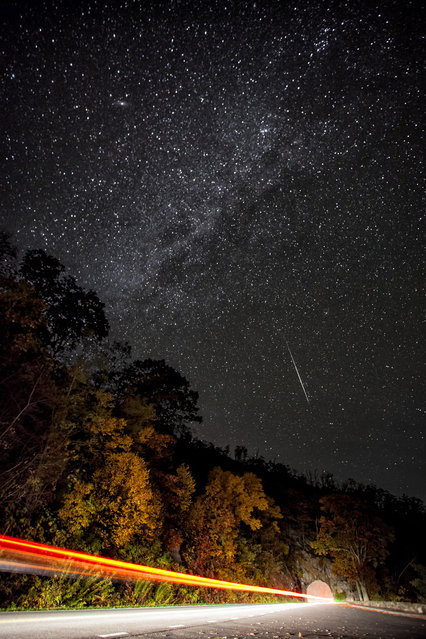 This watering hole is the social hub of the veldt; the scrubby grasslands that stretch across Namibia. The scorched earth supports sometimes fragile populations of magnificent wildlife – from endangered predators to plentiful herds of game. But these gentle giraffes and elephants need to be careful: lions don’t sleep at night, they hunt! The spectacular starscape above southern Africa is unchanged since explorers first mapped the continent. The photographer, Pietro Olivetta from Italy, said he had to be patient to capture these shots – but it was worth the wait. (Photo by Pietro Olivetta/Caters News) 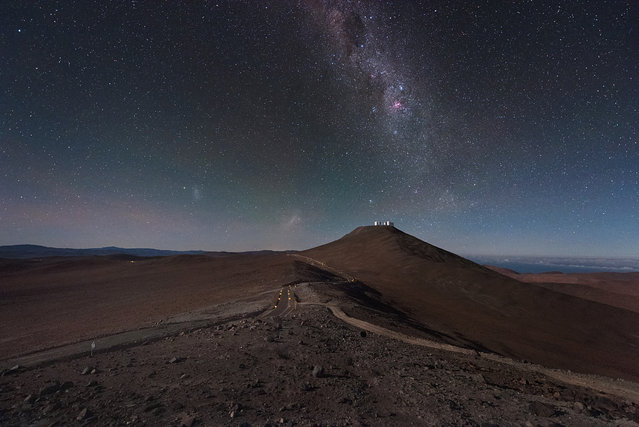 The landscape surrounding ESO's Very Large Telescope (VLT) in Chile is almost reminiscent of an alien world. The tiny silver shapes on the distant Cerro Paranal mountain are the VLT's Unit Telescopes (UTs) and smaller Auxiliary Telescopes (ATs). This image is taken from the nearby mountain that is home to another of ESO's facilities, the Visible and Infrared Survey Telescope for Astronomy (VISTA). (Photo by Y. Beletsky/ESO)
Edit Del
08 Dec 2016 13:00:00, post received 0 comments
Publication archive:
←   →
Popular tags:
All tags
Last searches: