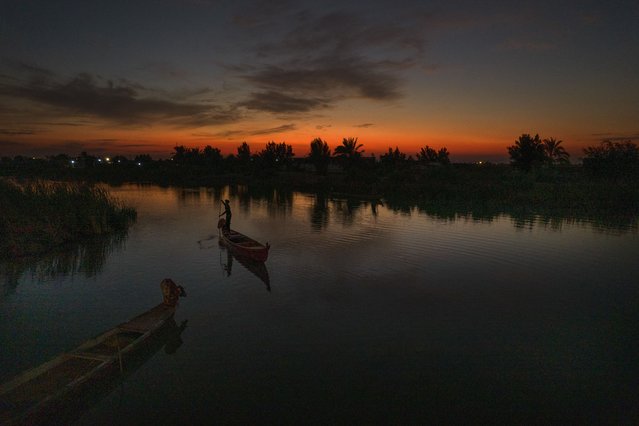 The sun sets as an Iraqi fishermen heads out on his boat in the Chibayish marshes of southern Iraq, in Dhi Qar, Iraq, Saturday, November 19, 2022.. (Photo by Anmar Khalil/AP Photo) 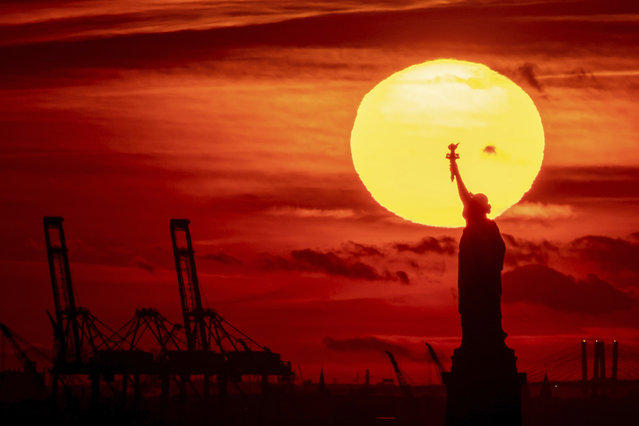 The sun sets behind the Statue of Liberty, Thursday, November 17, 2022, in New York. (Photo by Julia Nikhinson/AP Photo) 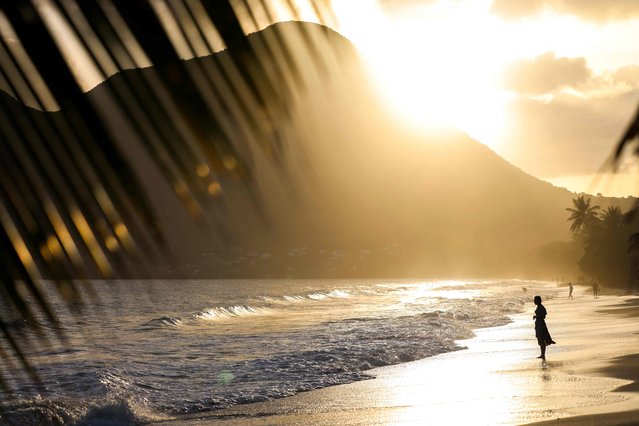 A woman stands on the “Plage du Diamant” (“Diamond beach”) at sunset in Le Diamant, on the French Caribbean island of Martinique on November 26, 2022. (Photo by Charly Triballeau/AFP Photo) 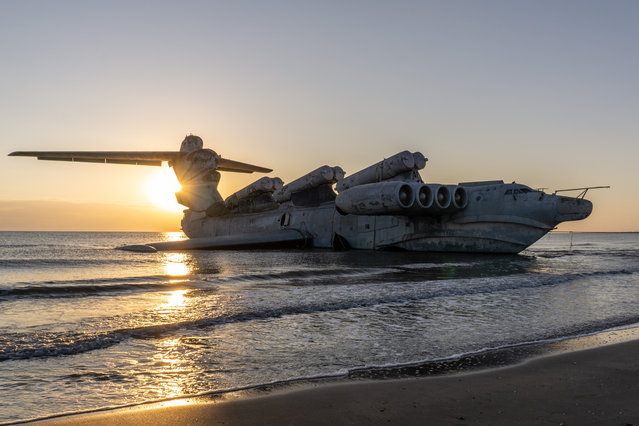 A top-secret Russian seaplane, which never really got off the ground, has been beached as an unofficial oceanside tourist attraction in Derbent, Russian Federation and photographed by photo-reporter Lana Sator in 2022. The futuristic-looking MD-160 Lun class ekranoplan – also known as an Utka – is bigger than a 747 jet and was built as part of the Soviet WIG programme, which dates back to the Cold War 1960s. (Photo by Lana Sator/WENN) 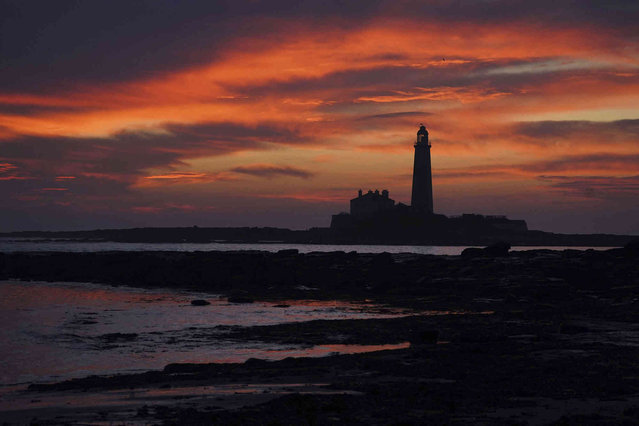 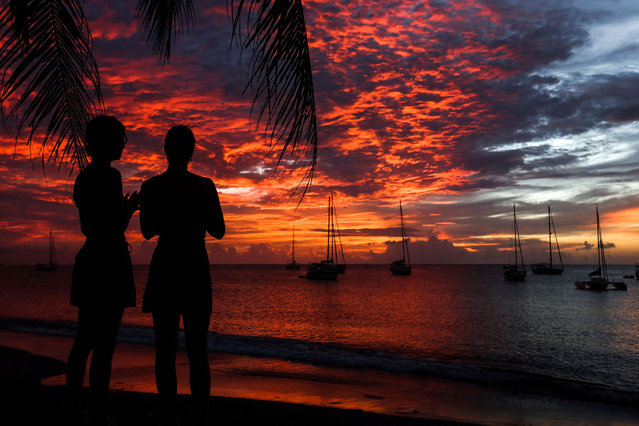 People watch the sunset on the beach in Le Carbet, on the French Caribbean island of Martinique on November 24, 2022. (Photo by Charly Triballeau/AFP Photo) 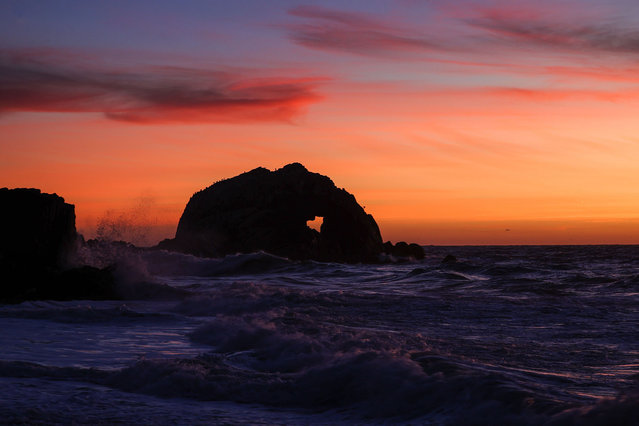 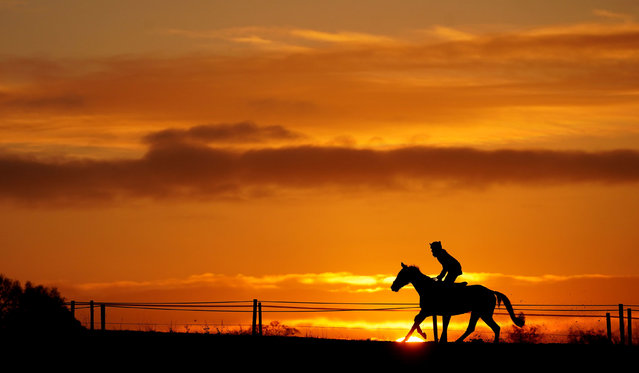 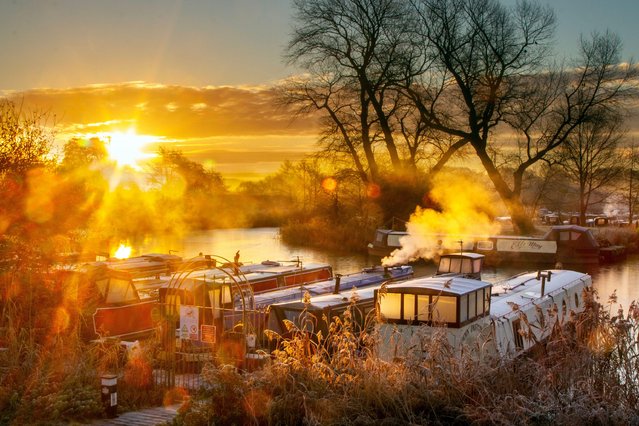 Very cold, hazy, misty start to the day as the sun rises over the marina on the Leeds Liverpool canal in Lancashire on December 7, 2022. (Photo by ZarkePix/Media World Images/AlamyLiveNews) 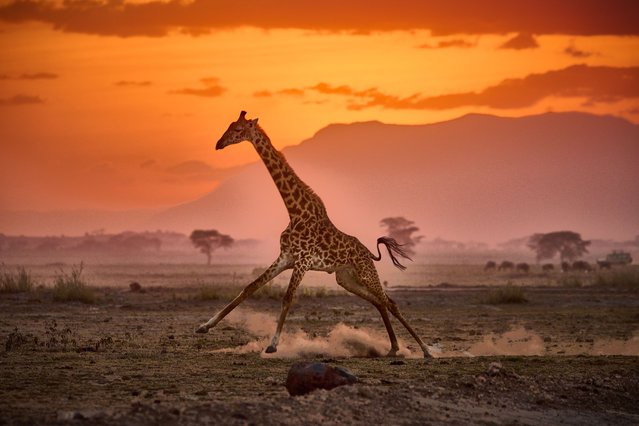 A giraffe was captured creating a dust cloud while running in front of a perfect African sunset in Amboseli National Park, Kenya in the first decade of November 2022. (Photo by Edgard Berben/Media Drum Images) 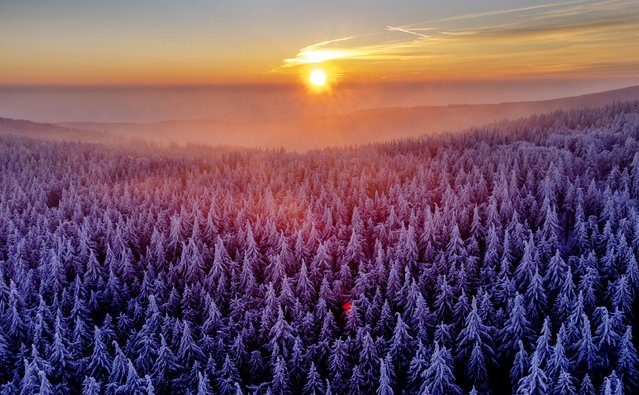 The sun rises over the frozen trees of the Taunus region near Frankfurt, Germany, on a cold Tuesday, December 13, 2022. (Photo by Michael Probst/AP Photo) 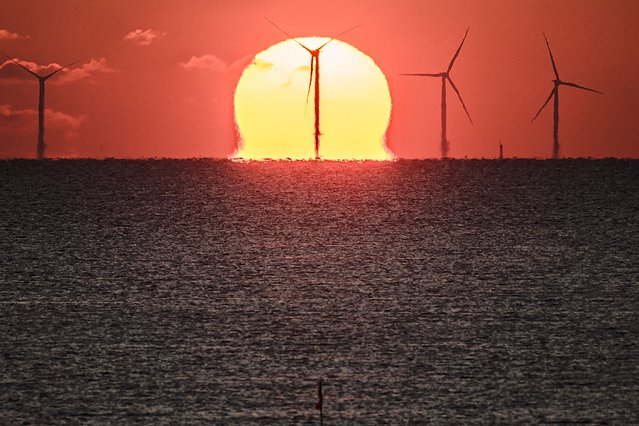 A photograph taken on December 9, 2022 shows the sun setting over an offshore wind farm, off the coast of the French Western city of Saint-Nazaire. French MPs looked into a bill to accelerate the deployment of renewable energies at the French national Assembly on December 5, 2022. (Photo by Loic Venance/AFP Photo) 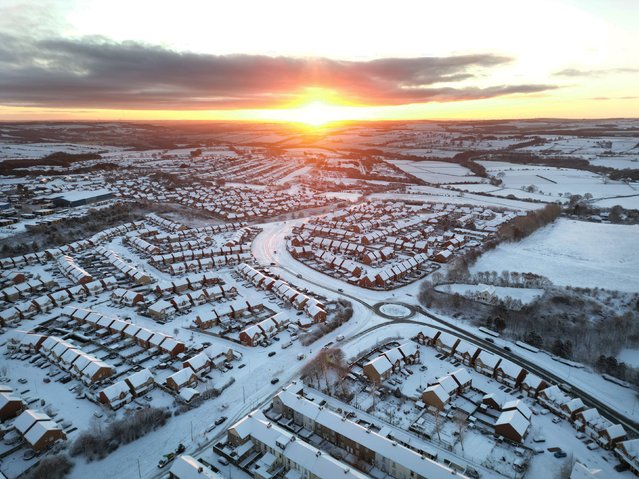 Overnight snow in Consett, County Durham on Friday, December 9, 2022. Parts of the UK are being hit by freezing conditions with the UK Health Security Agency (UKHSA) issuing a Level 3 cold weather alert covering England until Monday and the Met Office issuing several yellow weather warnings for snow and ice in parts of the UK over the coming days. (Photo by Owen Humphreys/PA Images via Getty Images) 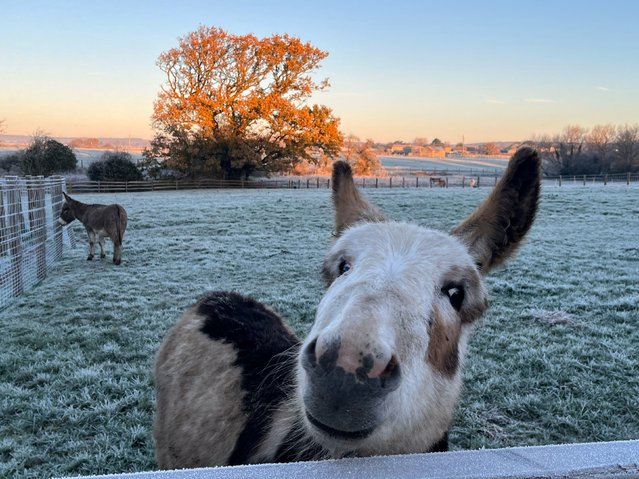 A frosty sunrise in Barnham, West Sussex on Saturday, December 10, 2022. Large areas of the country have been warned to expect severe conditions during the weekend, with snow forecast for Scotland and the south-east of England. (Photo by Joe Sene/PA Images via Getty Images) 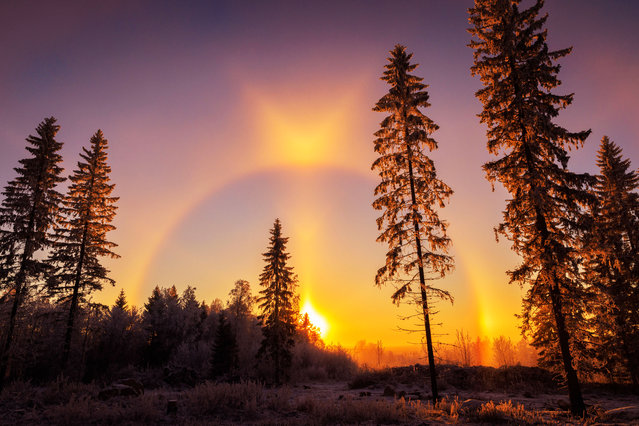