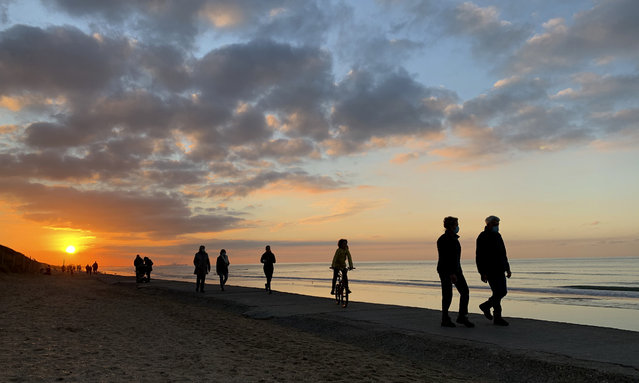 The sun begins to set as people walk along the seaside in Adinkerke, Belgium, Thursday, November 5, 2020. Seaside towns in Belgium were busier than usual due to coronavirus, COVID-19 restrictions and school holiday. (Photo by Virginia Mayo/AP Photo) 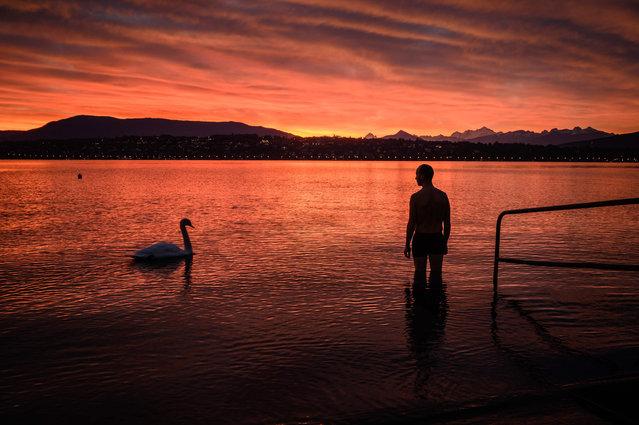 A man watches a curious swan swim past as he wades into Lake Geneva for a sunrise swim on October 20, 2020 in Geneva. (Photo by Fabrice Coffrini/AFP Photo) 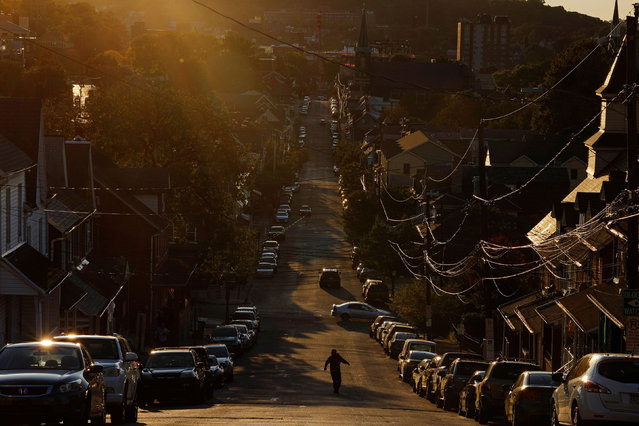 A pedestrian crosses a street in the Northampton County city of Bethlehem, Pennsylvania, U.S., October 1, 2020. (Photo by Brian Snyder/Reuters) 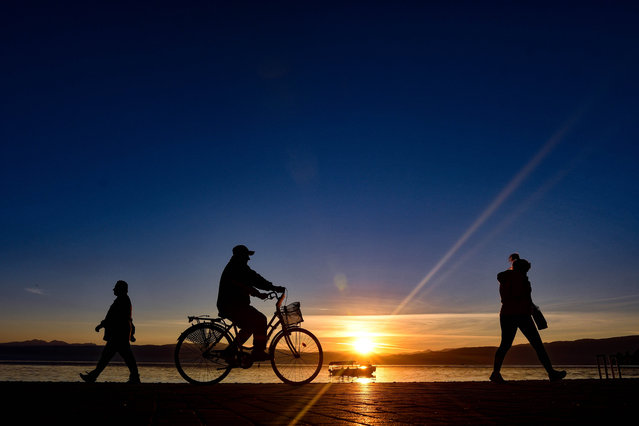 People pass by a riverside at sunset in Ohrid, North Macedonia on October 22, 2020. (Photo by Chine Nouvelle/SIPA Press/Rex Features/Shutterstock) 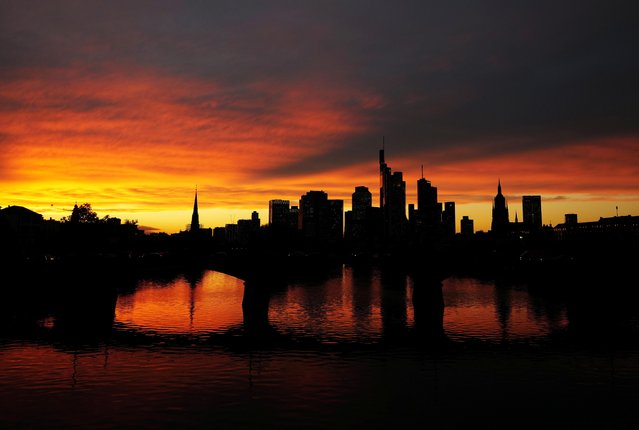 The skyline with its financial district is photographed during sunset as the spread of the coronavirus disease (COVID-19) continues in Frankfurt, Germany, October 26, 2020. (Photo by Kai Pfaffenbach/Reuters) 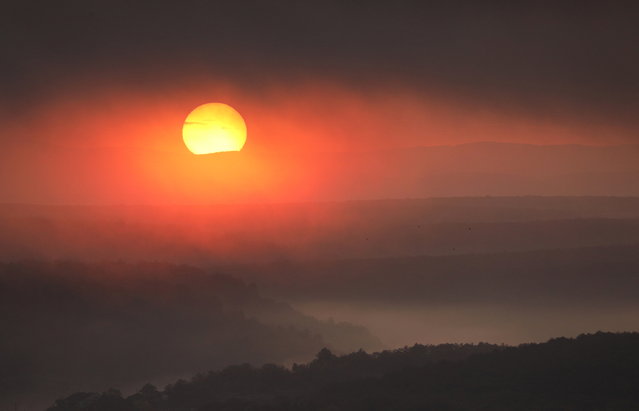 The rising sun is pictured outside Sevastopol, Crimea on October 29, 2020. (Photo by Alexey Pavlishak/Reuters) A small dog crosses subway rails in the outskirts of Frankfurt, Germany, before the sun sets on Thursday, November 5, 2020. (Photo by Michael Probst/AP Photo) 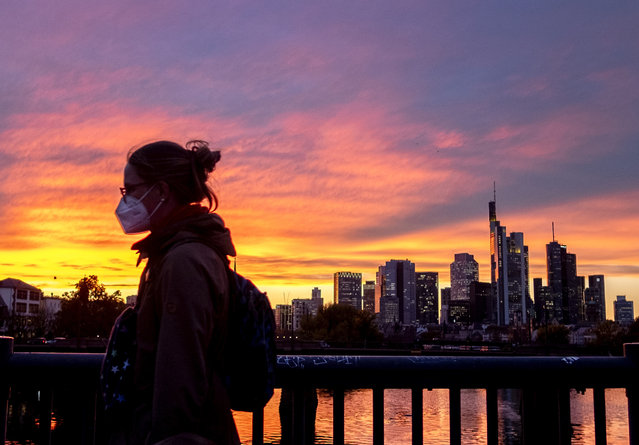 A woman wearing a face mask walks over a bridge with the buildings of the banking district in background in Frankfurt, Germany, Monday, October 26, 2020. (Photo by Michael Probst/AP Photo) 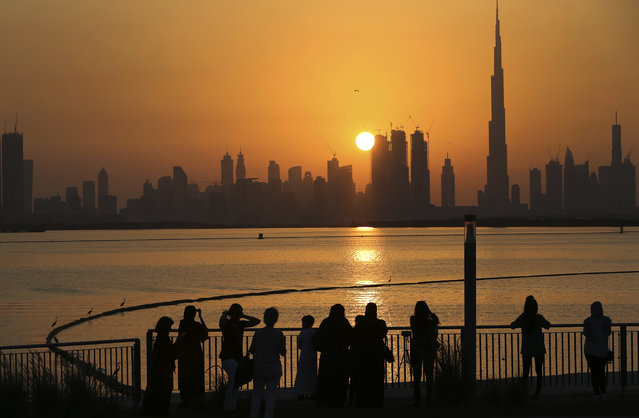 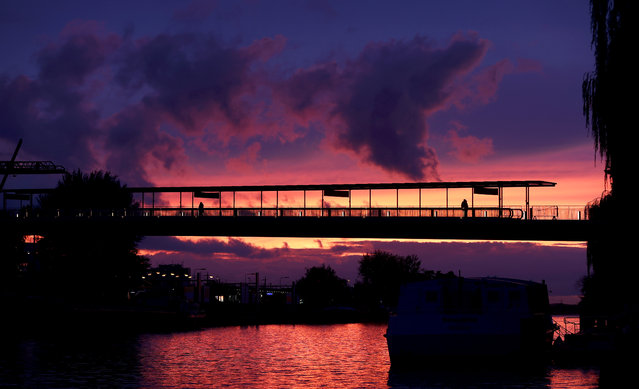 A pedestrian bridge is pictured at the headquarters of German car maker Volkswagen (VW) are pictured in Wolfsburg on October 26, 2020. (Photo by Ronny Hartmann/AFP Photo) 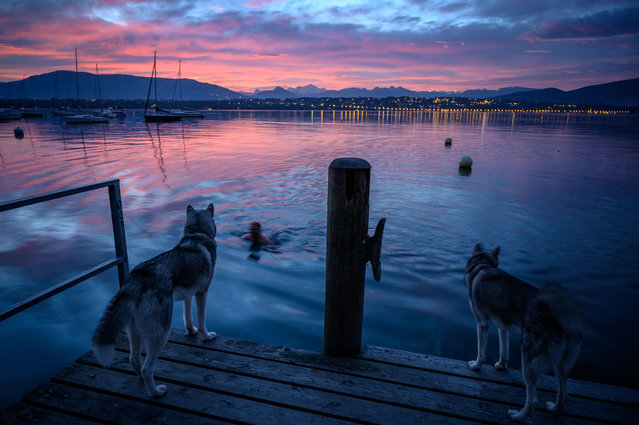 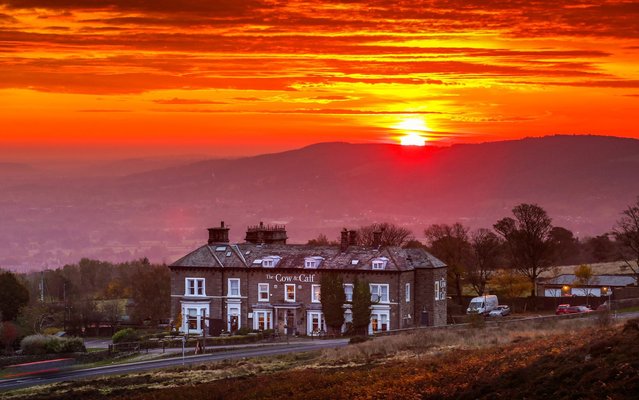 The sky glows red as the sun rises this morning over the Cow & Calf pub on Ilkley moor in Yorkshire, United Kingdom on October 19, 2020 as the UK expects heavy rain and gales this week. (Photo by Andrew McCaren/LNP) 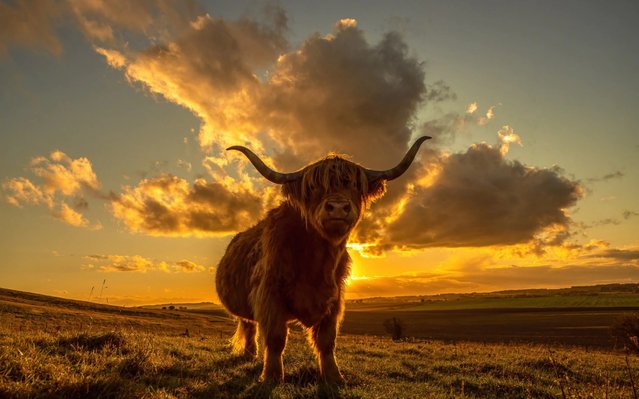