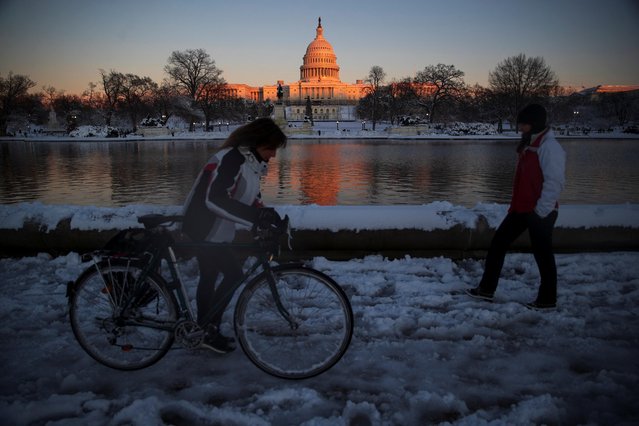 The U.S. Capitol is seen at sunset following a winter storm along the National Mall in Washington, U.S., January 3, 2022. (Photo by Tom Brenner/Reuters) 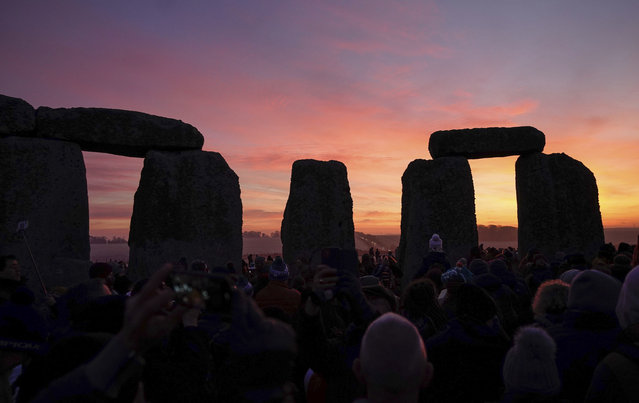 The sun begins to rise behind the stones as people gather to take part in the winter solstice celebrations during sunrise at the Stonehenge prehistoric monument on Salisbury Plain in Wiltshire on Wednesday, December 22, 2021. (Photo by Andrew Matthews/PA Images via Getty Images) 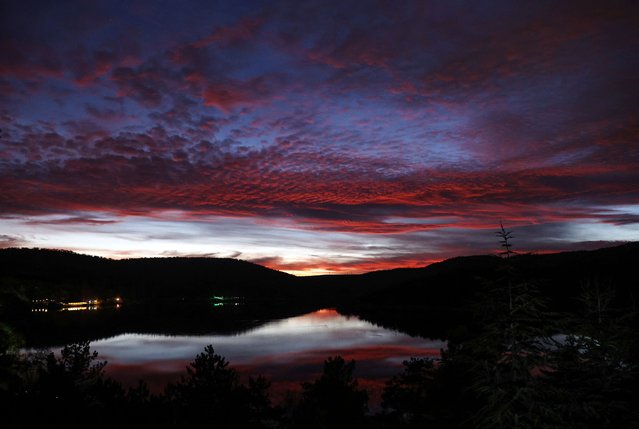 This picture taken on January 3, 2022 at sunset shows a view on Eymir Lake in Ankara Province. (Photo by Adem Altan/AFP Photo) 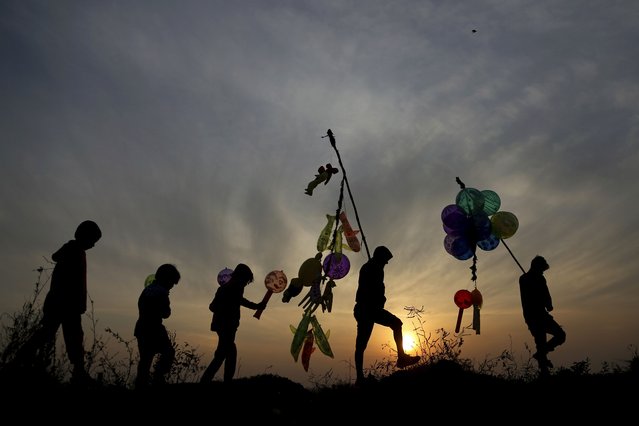 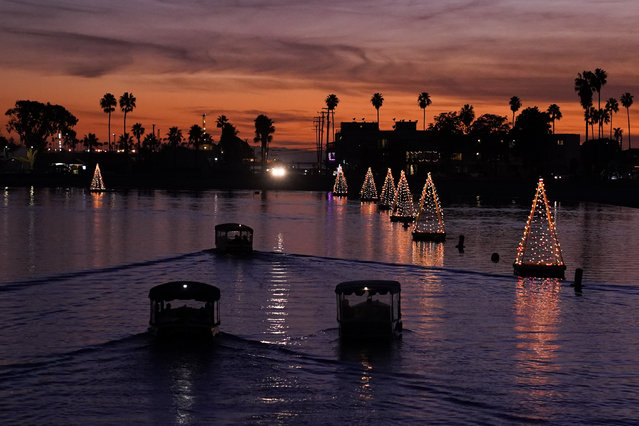 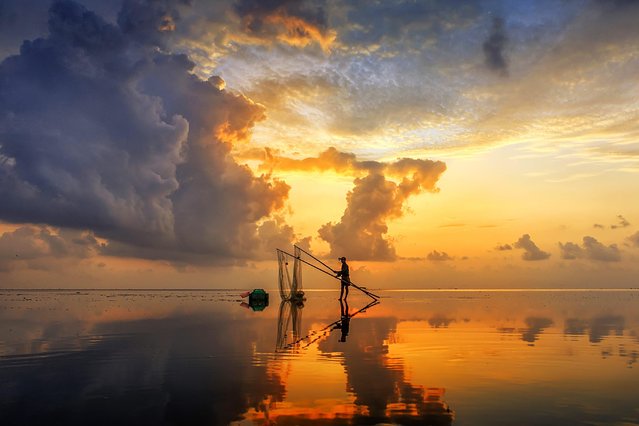 In the mangrove swamps of Quang Lang in Vietnam fishermen use stilts to take them into the deeper water on December 18, 2021. (Photo by Bang Nguyen Trong/Solent News) 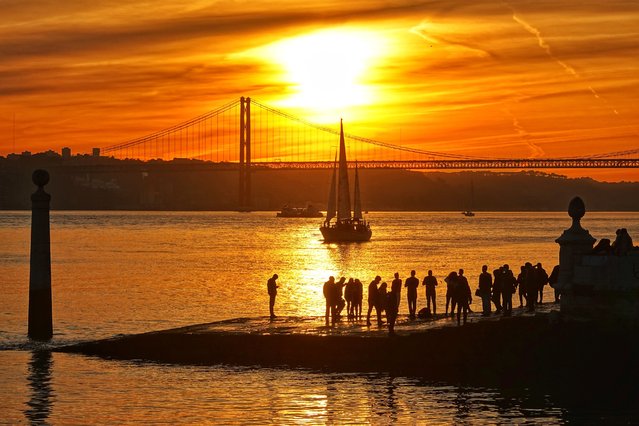 Locals and tourists alike stand on the banks of the Tagus River during sunset against the backdrop of the Ponte 25 de Abril (25th of April Bridge) suspension bridge at the Cais de Colunas, Portugal on January 1, 2022. (Photo by Soeren Stache/dpa-Zentralbild/dpa) 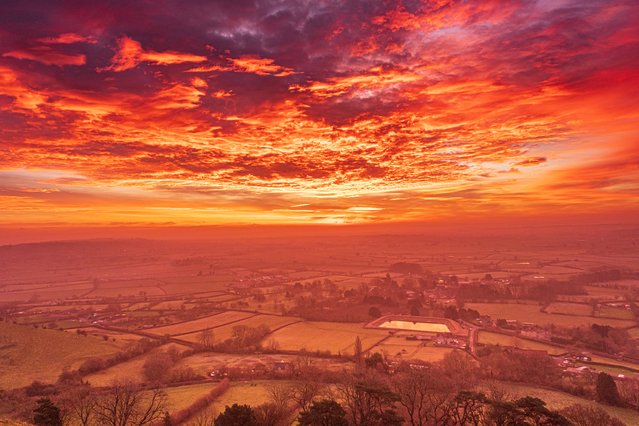 Visitors who pick the right morning to climb the 158m Glastonbury Tor are rewarded with 360-degree views of the sun rising over Somerset on December 21, 2021. The Tor has long been a spiritual magnet and, according to Celtic myth, there is a cave hidden under the hill that leads to the fairy realm of Annwn. (Photo by Annwn Michelle Cowbourne/South West News Service) 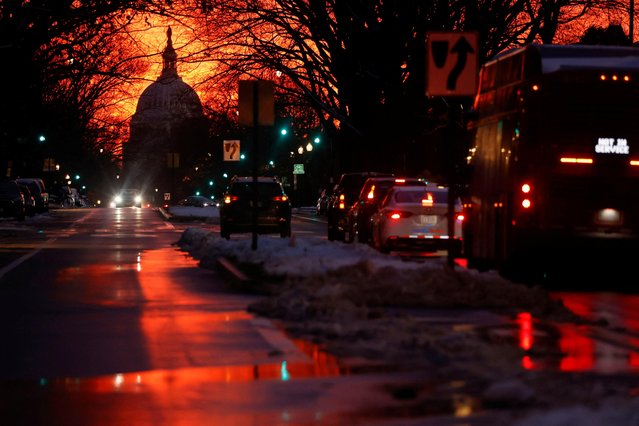 The sunset lights up the sky behind the U.S. Capitol dome on the eve of the first anniversary of the January 6th attack on the Capitol, in Washington, U.S. January 5, 2022. (Photo by Jonathan Ernst/Reuters) 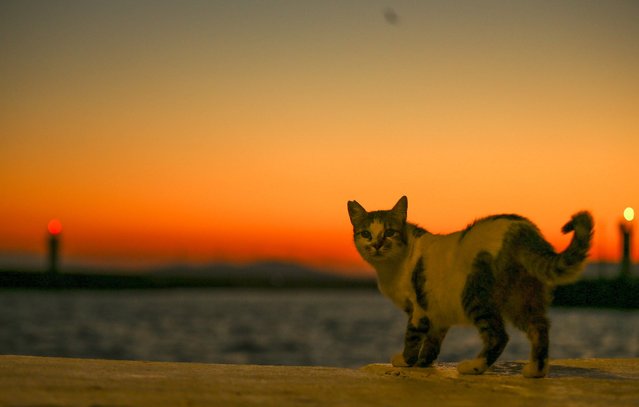 A cat is seen near a coastline during sunrise in Foca district of Izmir, Turkey on July 14, 2021. (Photo by Ismail Duru/Anadolu Agency via Getty Images) 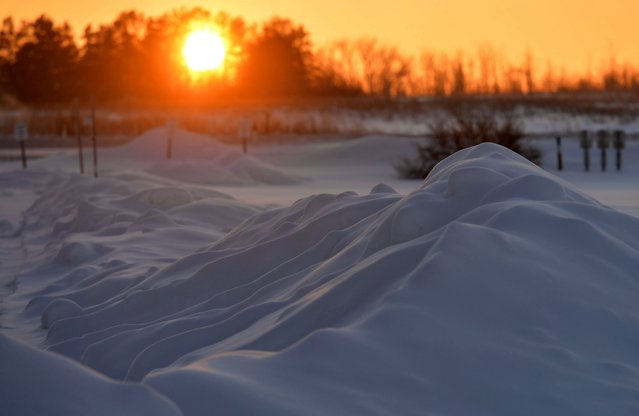 Snowdrifts seen on the roadside on Ellerslie Road in the southwestern part of Edmonton at sunset. The Edmonton and northern Alberta areas are experiencing a prolonged period of extreme cold conditions. Extreme frost warnings have been issued as cold wind temperatures between –40 and –55 remain this evening, posing increased health risks such as frostbite and hypothermia. On Monday, December 27, 2021, in Edmonton, Alberta, Canada. (Photo by Artur Widak/NurPhoto via Getty Images) 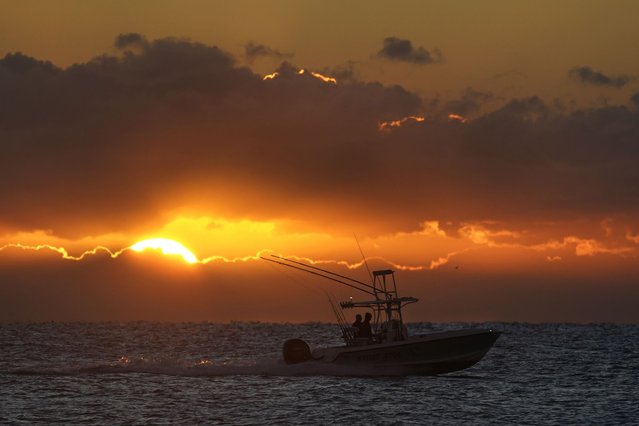 A fishing boat heads out to sea as the sun rises above the Atlantic Ocean, Thursday, December 23, 2021, in Surfside, Fla. (Photo by Wilfredo Lee/AP Photo) 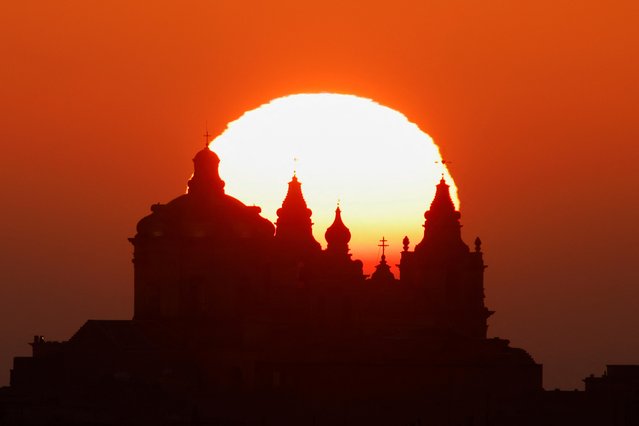 The sun rises behind the Metropolitan Cathedral of Saint Paul in the medieval fortified city of Mdina, Malta, January 2, 2022. (Photo by Darrin Zammit Lupi/Reuters) 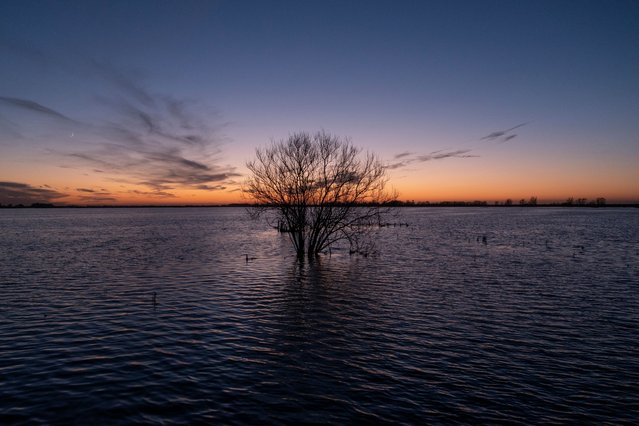 Trees stand in flood water at the Ouse Washes on January 04, 2022 in Welney, England. Unseasonably warm weather over the festive break is to be replaced by rain and freezing temperatures moving in from the north over the coming days. (Photo by Dan Kitwood/Getty Images) 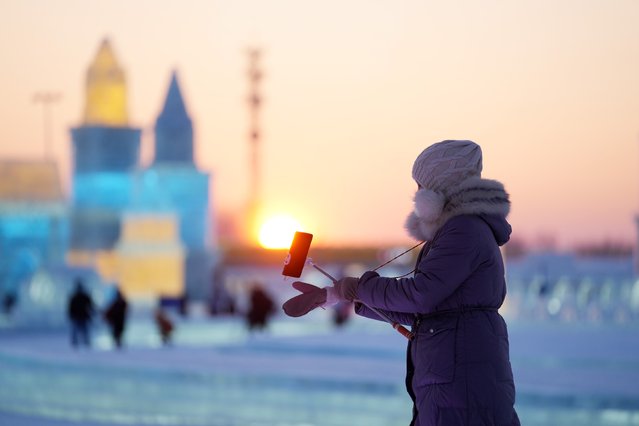