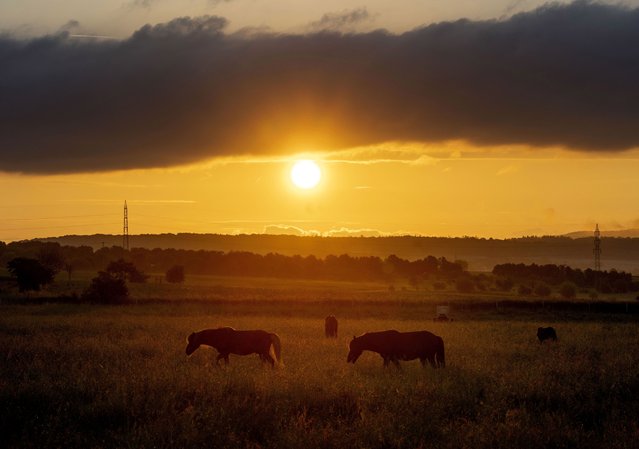 Icelandic horses graze on a meadow in Wehrheim near Frankfurt, Germany, as the sun rises on Monday, May 6, 2022. (Photo by Michael Probst/AP Photo) 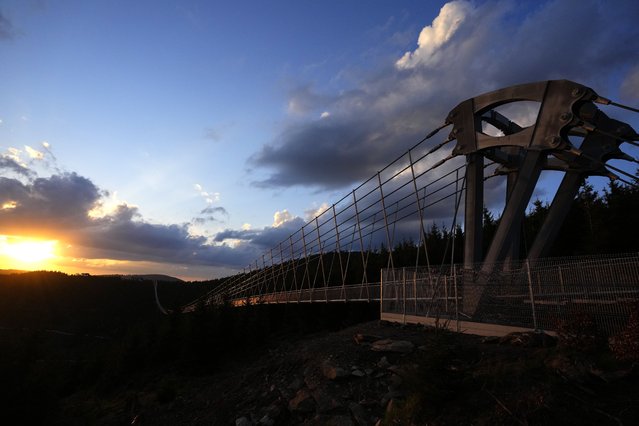 View of a suspension bridge for the pedestrians that is the longest such construction in the world a day before its official opening at a mountain resort in Dolni Morava, Czech Republic, Thursday, May 12, 2022. The 721-meter (2,365 feet) long bridge is built at the altitude of more than 1,100 meters above the sea level. It connects two ridges of the mountains up to 95 meters above a valley between them. (Photo by Petr David Josek/AP Photo) 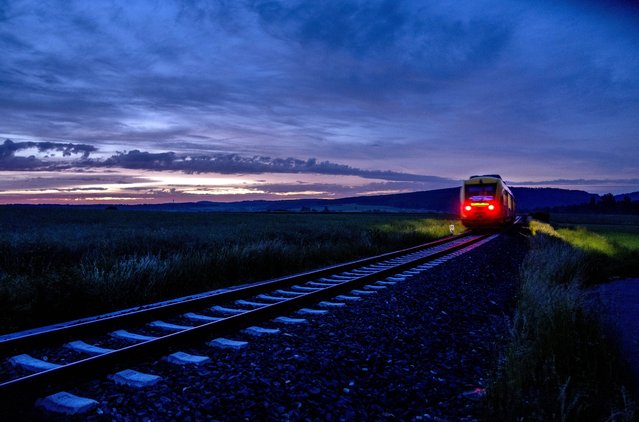 A regional train approaches the city of Wehrheim near Frankfurt, Germany, Monday, May. 23, 2022. With special 9-euro monthly tickets that are available from Monday on, people will be able to board buses and trains all over the country in June, July and August in Germany. (Photo by Michael Probst/AP Photo) 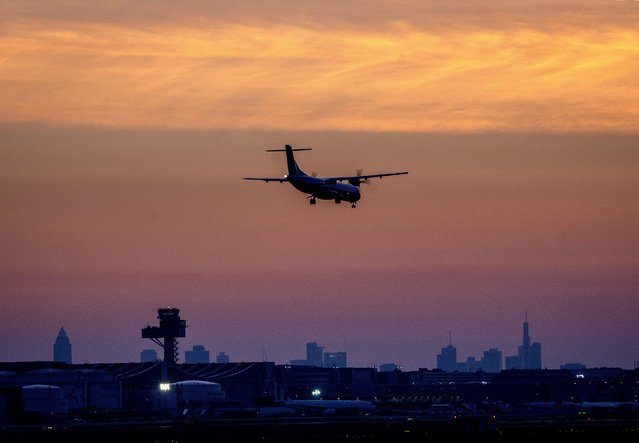 An aircraft lands at the international airport in Frankfurt, Germany, before sunrise on Tuesday, June 21, 2022. After two years of pandemic restrictions, travel demand is back with a vengeance but airlines and airports that slashed jobs during the depths of the COVID-19 crisis are struggling to keep up. With the busy summer tourism season underway in Europe, passengers are encountering chaotic scenes at airports, including lengthy delays, canceled flights and headaches over lost luggage. (Photo by Michael Probst/AP Photo) 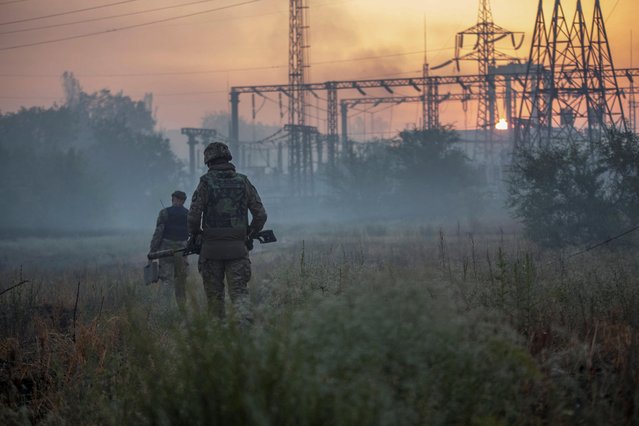 Ukrainian service members patrol an area in the city of Sievierodonetsk, as Russia's attack on Ukraine continues, Ukraine on June 20, 2022. (Photo by Oleksandr Ratushniak/Reuters) 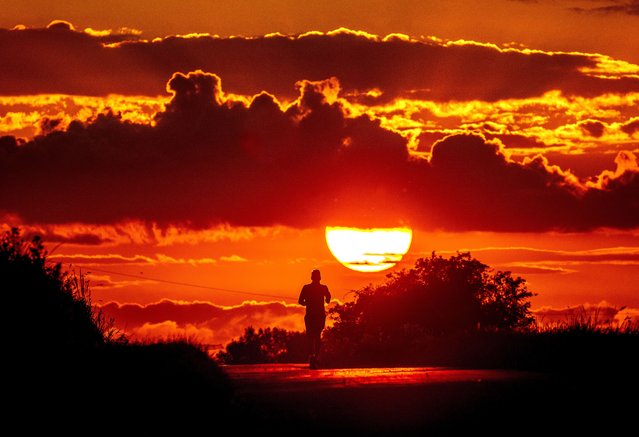 A man runs along a small road as the sun rises on the outskirts of Frankfurt, Germany, Wednesday, May 8, 2022. (Photo by Michael Probst/AP Photo) 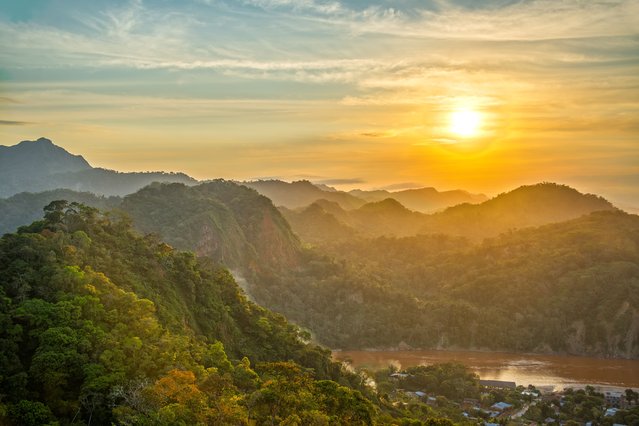 Sunset over lush green jungle covered hills with the Beni River visible in Rurrenabaque, Bolivia on May 25, 2022. (Photo by Getty Images/iStockphoto) 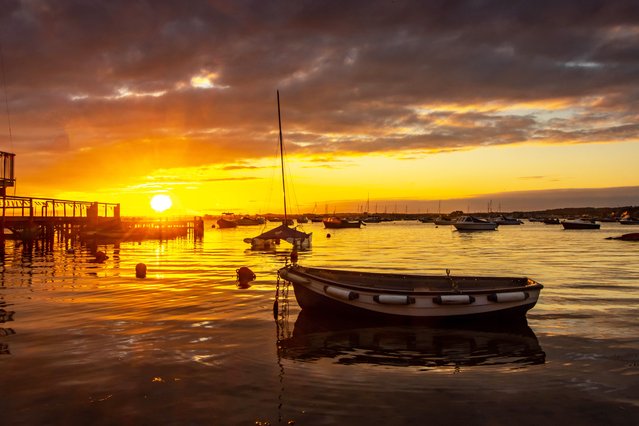 A golden sunset over Poole Harbour in Dorset on June 6, 2022, captured from Sandbanks by photographer Rachel Baker. (Photo by RachelBaker/Bournemouth News) 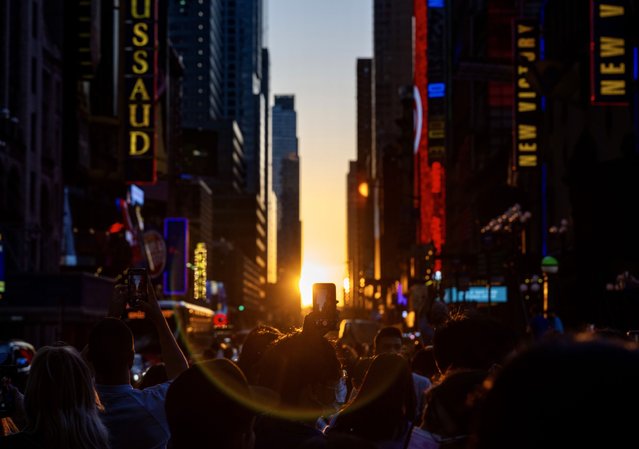 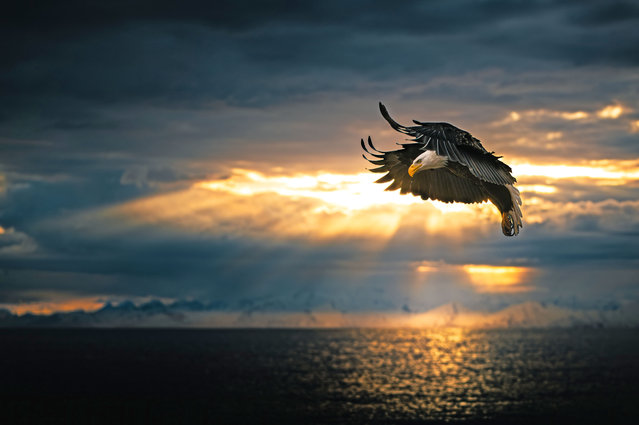 Dramatic rays of light pierce through the clouds making an atmospheric backdrop for the majestic bald eagle in Homer, Alaska on June 7, 2022. (Photo by Sergius Hannan/Media Drum Images) 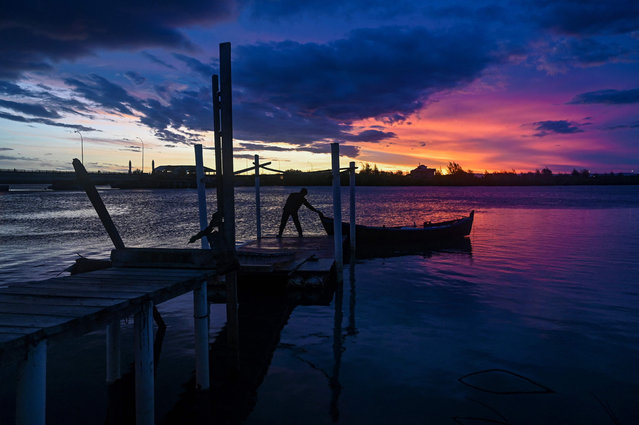 A man checks his wooden boat during a sunrise along a beach in Banda Aceh on May 25, 2022. (Photo by Chaideer Mahyuddin/AFP Photo) 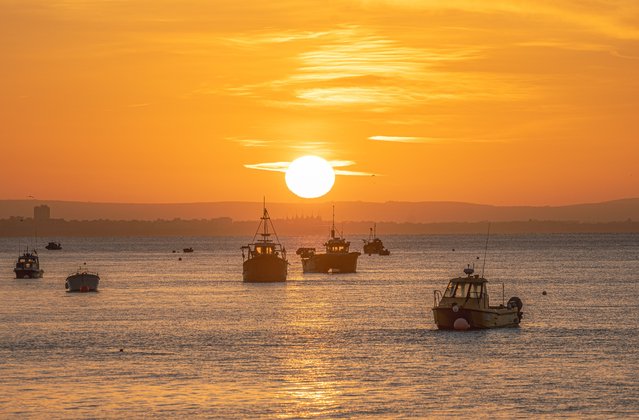 Picture dated June 12th, 2022 shows the sunrise over the English Channel seen from the beach in Selsey, West Sussex, on a sunny Sunday morning with a heatwave forecast for later in the week. (Photo by Coastal JJ/Bav Media) 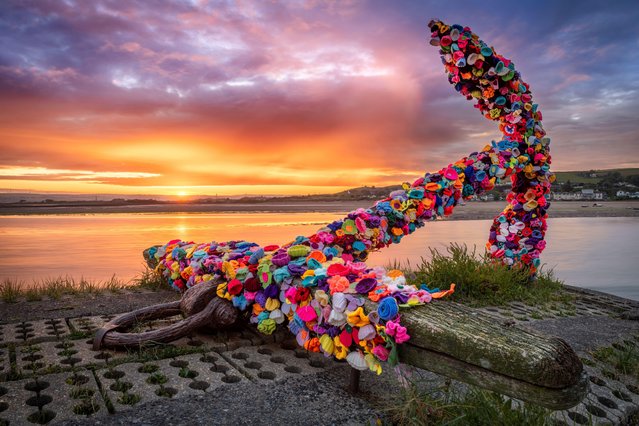 The sun rises behind the landmark Anchor on the quay in Appledore, North Devon, United Kingdom on June 7, 2022. The anchor has been decorated with hundreds of colourful crocheted flowers by the residents of the North Devon coastal village. (Photo by Terry Mathews/Alamy Live News) 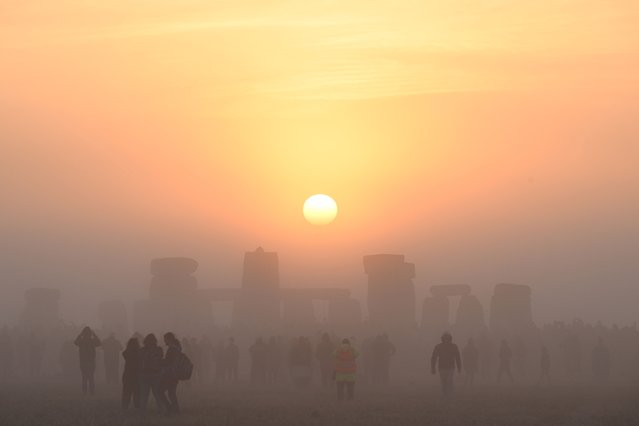 Revellers celebrate the Summer Solstice as the sun rises at Stonehenge, near Amesbury, in Wiltshire, southern England on June 21, 2022, in a festival, which dates back thousands of years, celebrating the longest day of the year when the sun is at its maximum elevation. The stone monument – carved and constructed at a time when there were no metal tools – symbolises Britain's semi-mythical pre-historic period, and has spawned countless legends. (Photo by Justin Tallis/AFP Photo) 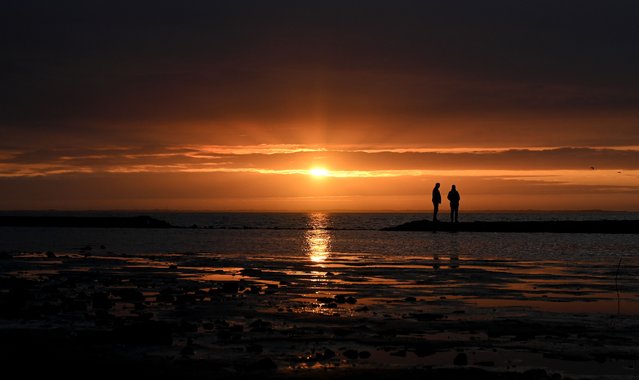