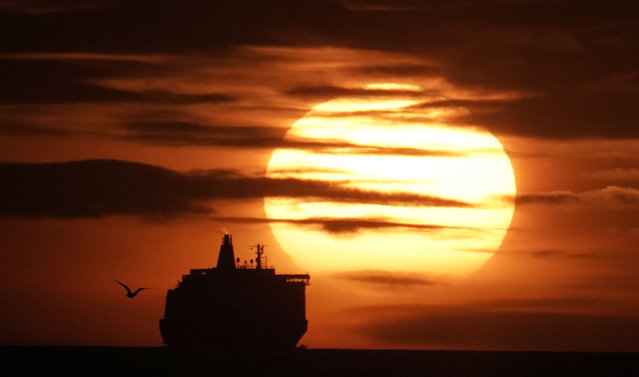 The DFDS Princess Seaways arrives at the mouth of the Tyne from the North Sea in the early morning December 23, 2019. (Photo by Owen Humphreys/PA Images via Getty Images) 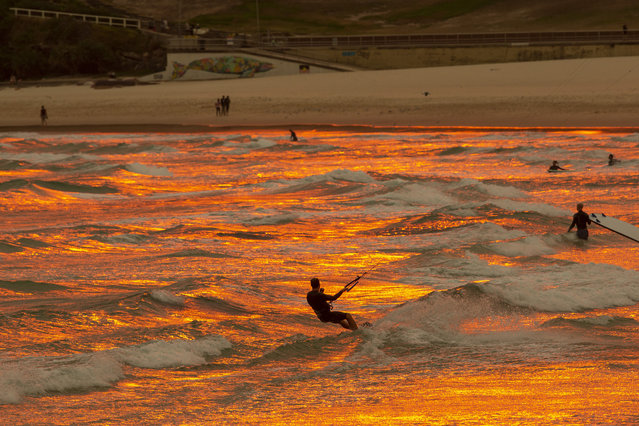 A hazy red sun sets over Bondi Beach on December 19, 2019 in Sydney, Australia. NSW Premier Gladys Berejiklian has declared a state of emergency for the next seven days with ongoing dangerous fire conditions and almost 100 bushfires burning across the state. It's the second state of emergency declared in NSW since the start of the bushfire season. (Photo by Jenny Evans/Getty Images) 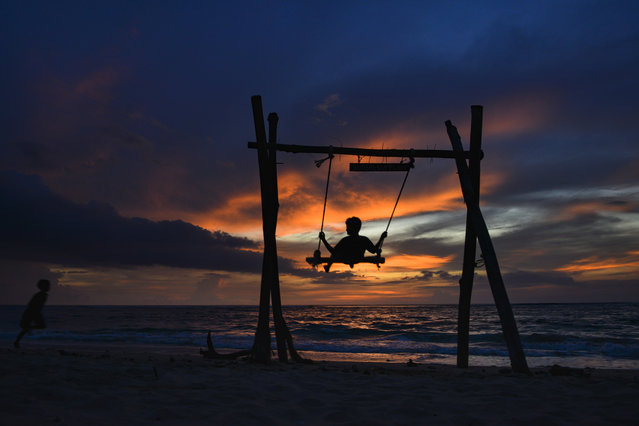 A child plays in a swing as the sun sets at Lhoknga beach in Aceh province, Indonesia on December 9, 2019. (Photo by Chaideer Mahyuddin/AFP Photo) 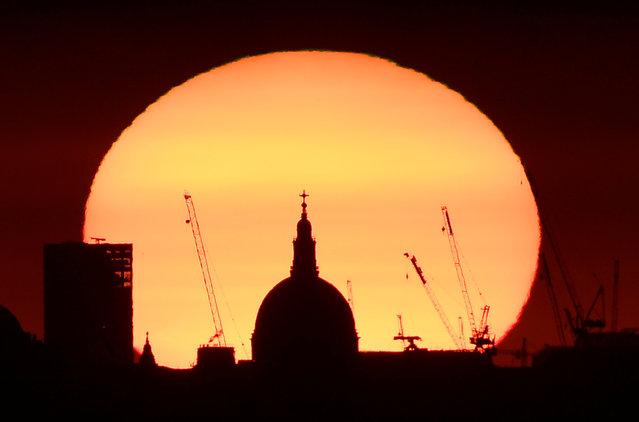 The dome of St Paul's Cathedral and construction cranes are silhouetted by the rising sun at dawn in London, Britain, August 5, 2018. (Photo by Toby Melville/Reuters) 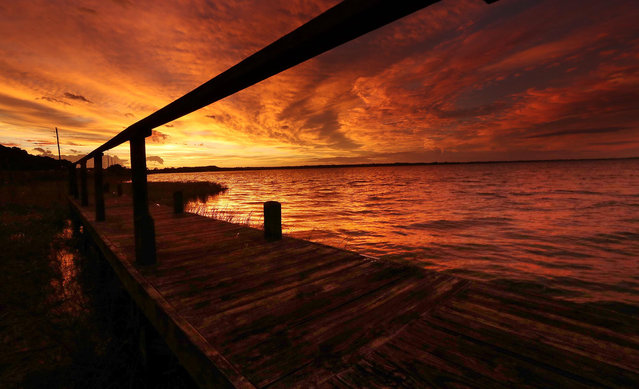 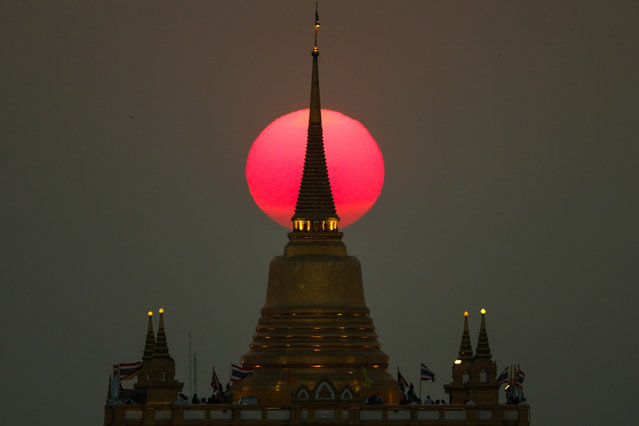 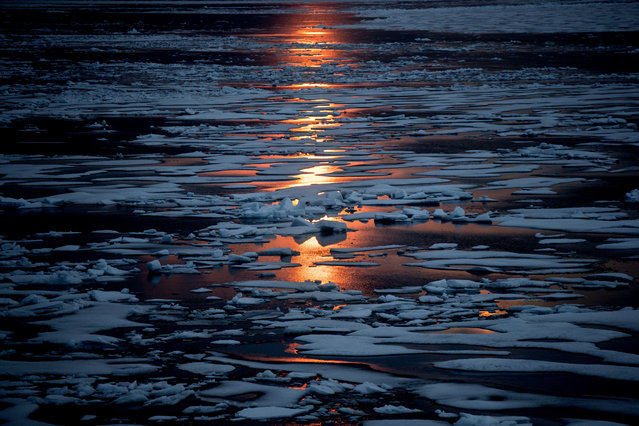 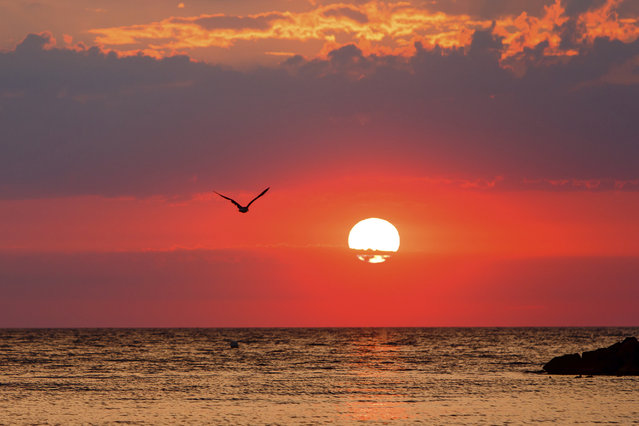 The sun sets over the Baltic Sea in Heidekate, northern Germany, Monday, July 31, 2018. (Photo by Frank Molter/DPA via AP Photo) 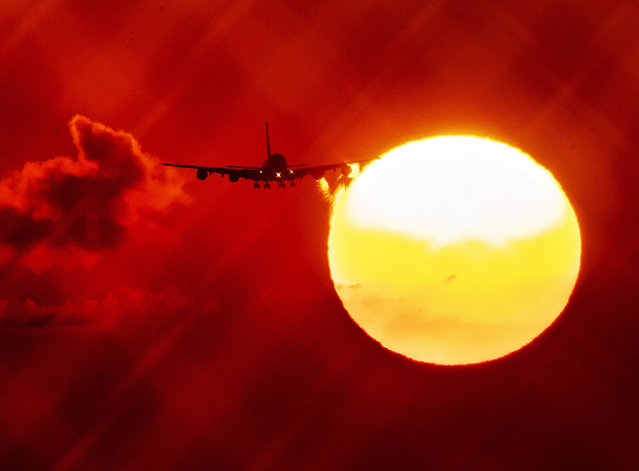 In this Wednesday, August 21, 2019 file photo, an aircraft passes the rising sun as it approaches the airport in Frankfurt, Germany. The European Union says it will miss its targets for reducing planet-warming greenhouse gases by 2030 unless member states make a greater effort than they have so far. (Photo by Michael Probst/AP Photo/File) 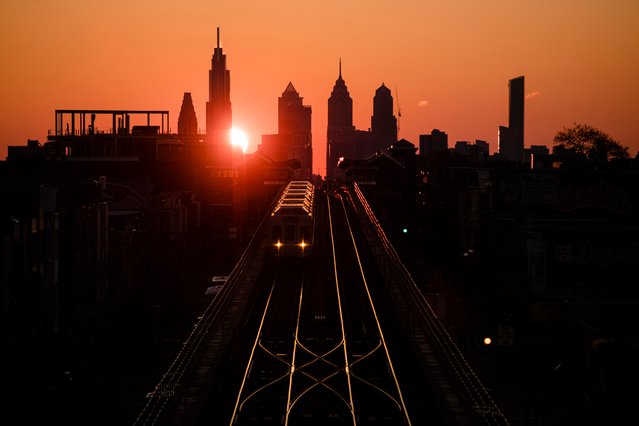 A train heads west as the sun rises from behind the city skyline in Philadelphia, Wednesday, March 6, 2019. The Southeastern Pennsylvania Transportation Authority said members of the Fraternal Order of Transit Police Lodge 109 walked off the job Wednesday. (Photo by Matt Rourke/AP Photo) 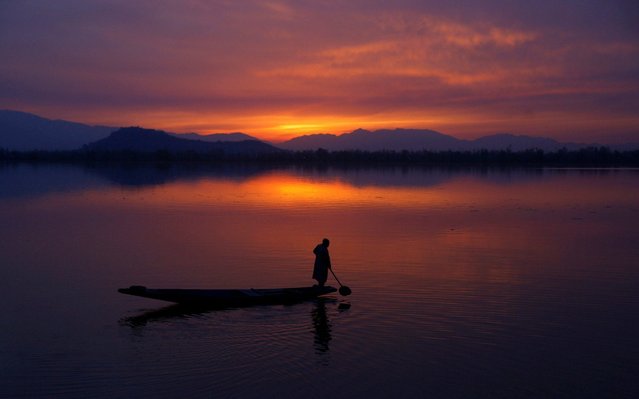 A Kashmiri boatman rows a boat inside Dal Lake while sun sets in Srinagar, the summer capital of Indian Kashmir, 03 April 2018. The weather in Indian Kashmir improved with the maximum temperature of 20 degree Celsius. (Photo by Farooq Khan/EPA/EFE) 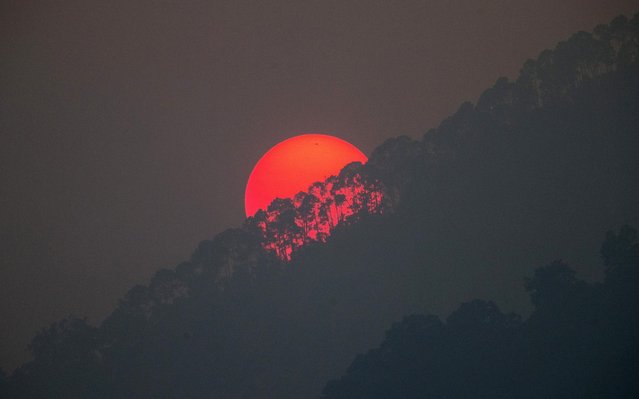 The sun is setting behind lines of trees as seen from Kathmandu, Nepal on May 8, 2019. (Photo by Narendra Shrestha/EPA/EFE/Rex Features/Shutterstock) 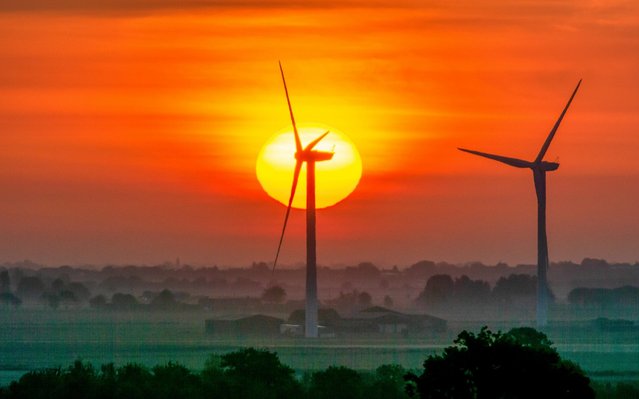 Sunrise over a wind farm at Tick Fen, Cambridgeshire, England yesterday, May 20, 2019. It will be sunny and dry across large parts of the UK today. (Photo by Andrew Sharpe/Geoff Robinson Photography) 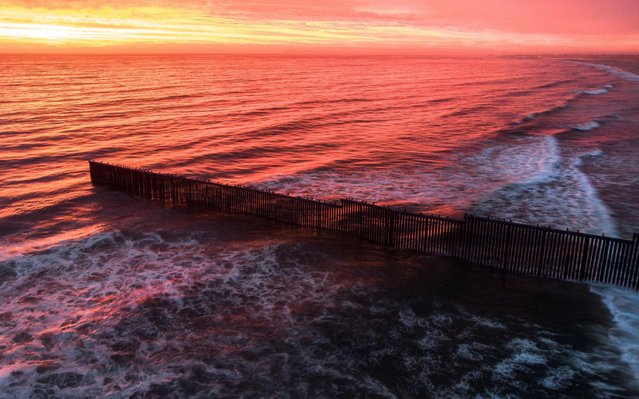 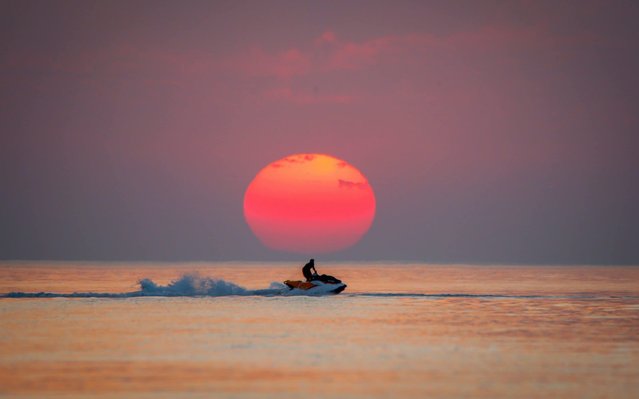 A man rides a jet ski during sunset on Lake Van in Edremit district of Van, Turkey on July 23, 2019. (Photo by Ozkan Bilgin/Anadolu Agency via Getty Images) 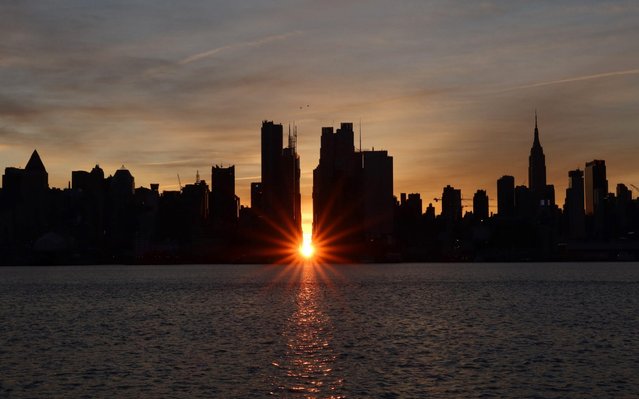 The sun rises during a Manhattanhenge sunrise along 42nd Street behind the skyline of midtown Manhattan and the Empire State Building in New York City on November 30, 2019 as seen from Weehawken, New Jersey. (Photo by Gary Hershorn/Getty Images) 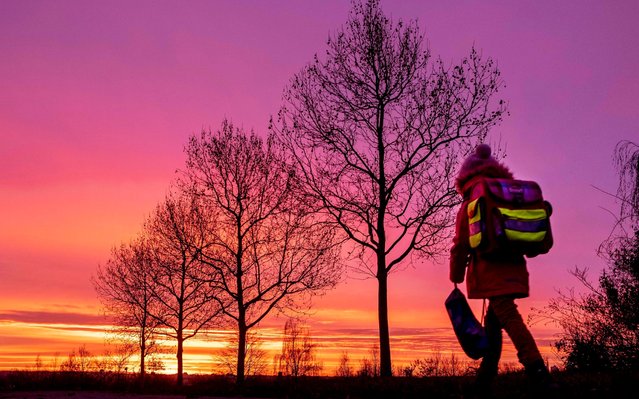 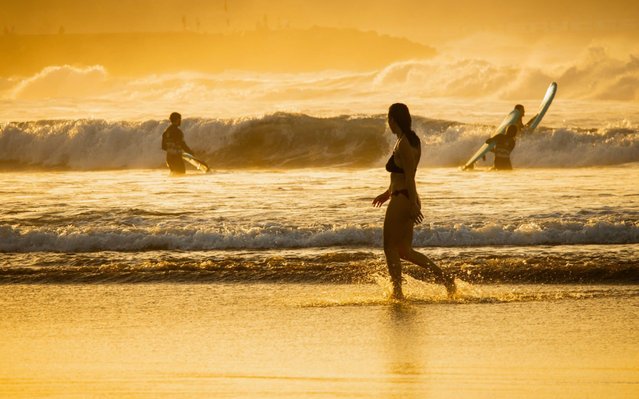 Locals and tourists enjoying the last rays of sunshine at the end of a glorious day on the city beach in Las Palmas, the capital of Gran Canaria on December 23, 2019. (Photo by Alan Dawson/Alamy Live News)
Edit Del
25 Dec 2019 00:01:00, post received 0 comments
Publication archive:
←   →
Popular tags:
All tags
Last searches: