Touching The New MacBook Pro
The new MacBook Pro is shown during the keynote address at the Apple 2012 World Wide Developers Conference (WWDC) at Moscone West on June 11, 2012 in San Francisco, California.

“This is Apple’s latest flagship laptop featuring an updated processor and a super high resolution screen that features 5.1 million pixels – 3 million more than a typical high-definition television. This makes the display extremely sharp and photos and videos should look great, plus the display is also matte so it won’t suffer from reflections.

As well as improvements to the hardware Apple has also redesigned the laptop making it thinner and lighter than previous versions – although this has come at the expense of removing the DVD drive. As usual with Apple, it has redesigned the product and made it thinner and lighter. The MacBook Pro is now just 1.8cm thick and 2.02kg. It’s not quite as thin and light as the MacBook Air or some ultrabooks, but it is still very impressive.

With a 2.3 or 2.6GHz third generation Intel Core i7 Ivy Bridge quad-core processor, the new MacBook Pro is one of the fastest laptops available. The chip also has the ability to ‘turbo boost’ its speed up to 3.7GHz. In plan English, this means that this MacBook will cope with even the most demanding tasks, such as editing HD video footage. It’s not a laptop for just browsing the web on, as the price suggests.

Rather than a traditional hard drive with moving parts, the new MacBook Pro uses only flash memory, or solid-state drives. Apple claims that this will make some tasks up to four times faster than with a normal hard drive, as well as being more durable and quieter thanks to a lack of moving parts.

Apple claims the 95-watt-hour battery gives the new laptop 7 hours of battery life and the ability to stay on standby for 30 days.

As well as updating the headline specs, Apple has made some tweaks to improve the performance in other areas. One little internal tweak is the use of an asymmetric fan to cool the laptop. According to Apple, this makes the laptop quieter as the uneven shape produces sound at a variety of frequencies rather than a louder sound at a single frequency.

Graphics have received a boost with a NVIDIA GeForce GT 650M graphics processor said to provide a 60% improvement on previous Apple laptops”. – Blogs.which.co.uk 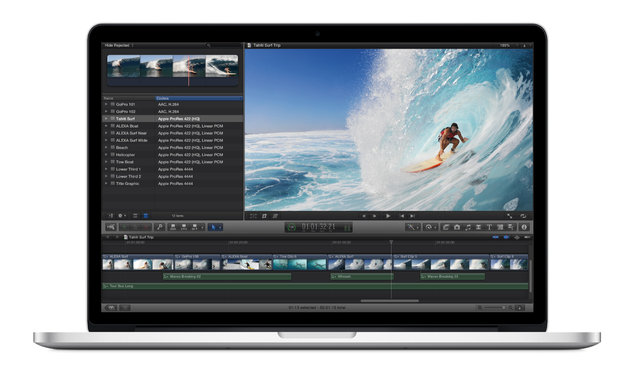 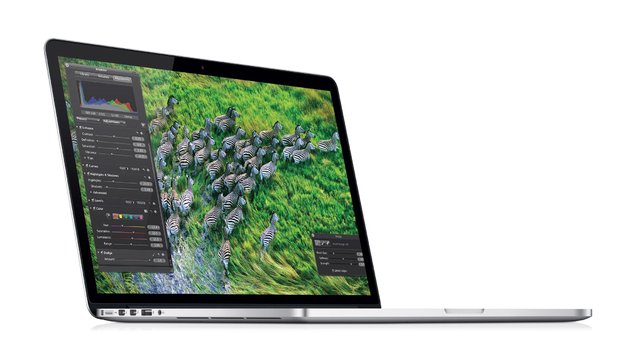 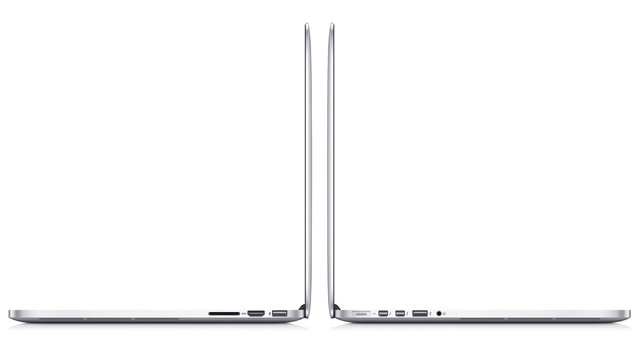 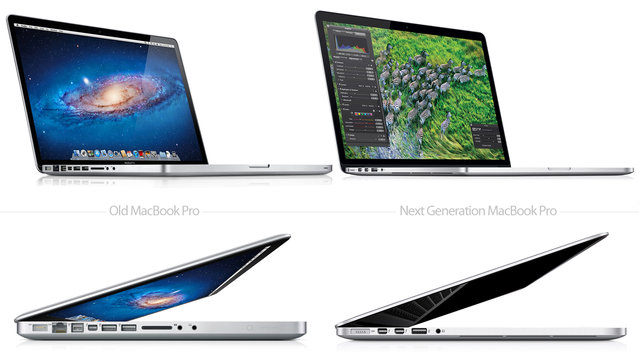 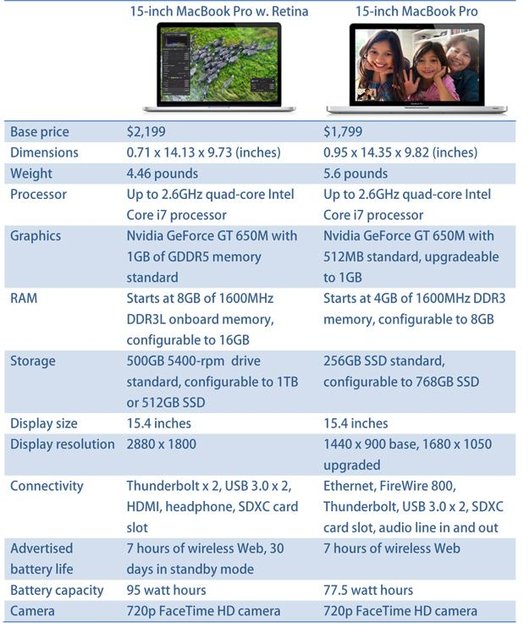