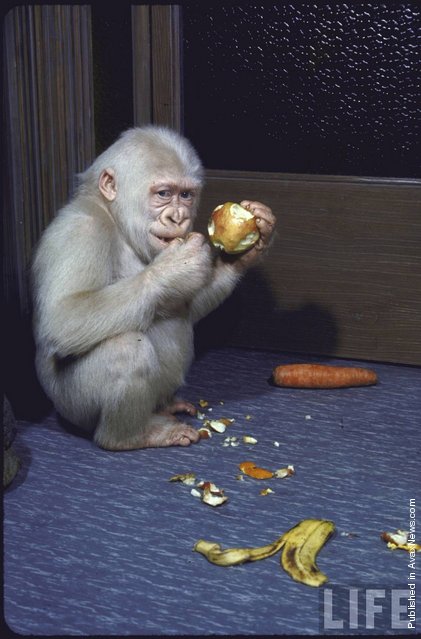 “Snowflake (c. 1964 – November 24, 2003) was an albino gorilla. He was the only known albino gorilla so far, and the most popular resident of the Barcelona Zoo in Catalonia, Spain. Originally named Nfumu Ngui in Fang language ("white gorilla") by his captor, he was then nicknamed Floquet de Neu (Catalan for little snowflake) by his keeper Jordi Sabater Pi. On his arrival to Barcelona where he was given an official reception by the then Mayor of Barcelona, Josep Maria de Porcioles, in November 1966, he was called Blancanieves (“Snow White”) in the newspaper Tele/Exprés. But he became famous with the name given to him by Sabater when National Geographic Magazine featured him on the main page in March 1967, with the English name Snowflake. This name spread among the press (Stern, Life, Paris-Match) and was later translated to Spanish as Copito de Nieve. Sabater himself called the gorilla Floquet or Copi, and in the later years Nfumu. The asteroid 95962 Copito, discovered by Catalan astronomer J. Manteca, is named in his honour”. 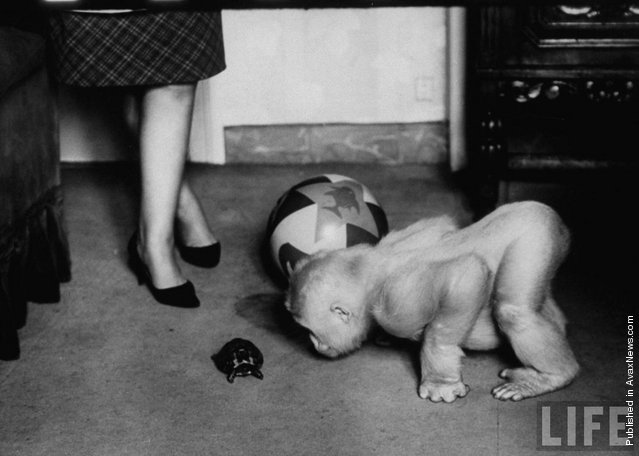 “The official story is that an ape specialist, Jordi Sabater Pi, found the animal in 1966 in Ikunde, in the then Spanish colony of Spanish Guinea, modern-day Equatorial Guinea. The only albino gorilla known to man, he was captured outside Nko, in the Equatorial forest of Nko, near Rio Campo, in the Rio Muni region, on October 1, 1966, by Benito Mañé, an ethnic Fang farmer, who had killed the rest of his group (all charcoal black in color) in order to obtain this unusual albino specimen. During the massacre, his mother was shot by Mañé whilst she tore a banana stem apart in his banana plantation. The small creature was found clinging to his mother's neck, his head buried deep in her black fur. Benito kept him at his own home for four days and then transported him to Bata, where he was purchased by Sabater Pi, who worked for the Barcelona Zoo's Ikunde Center, in Spanish Guinea, and paid 10,500 pesetas for the gorilla. A National Geographic-funded study of gorillas in the region was underway at the time of Snowflake's discovery.

Snowflake was a Western Lowland Gorilla. He spent most of his life at the Barcelona Zoo in the Parc de la Ciutadella. He was known worldwide, mentioned in tourist guides and put on postcards, becoming the unofficial mascot for the city. Barcelona Zoo director Antonio Jonch in wrote in 1967:

«The gorilla was a male about two years of age. Morphologically it was normal except that it was white, skin and hair being completely devoid of pigmentation. The eye had a blueish sclera, a normal cornea, and a light blue iris which was very transparent to transillumination. Accommodation and refraction were normal. The media were transparent and the fundus of the eye normal and totally depigmented. The choroidal vessels were perfectly visible and the pupil was normal. The animal displayed marked photophobia which caused it to close its eyes repeatedly when exposed to bright light. In diffuse light similar to that in its biotope, we calculated that it blinked on an average of 20 times a minute».” 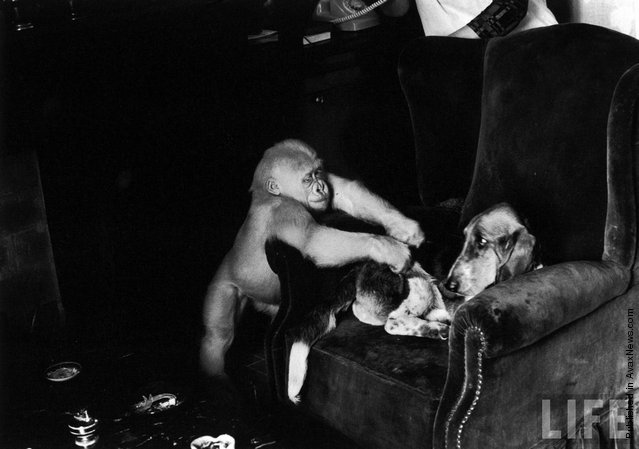 “During his life at the zoo, he fathered 22 offspring (of whom six survived to adulthood) with three females and lived to see his grandchildren. None of his offspring were albino. His last son, Urko, died in August 2003. At first, the Barcelona Zoo was not aware just how unique a specimen Snowflake was. They sent a message to Sabater Pi saying, “Please send more white gorillas.” The zoo later hoped to produce an entire family group of white gorillas through selective breeding”. 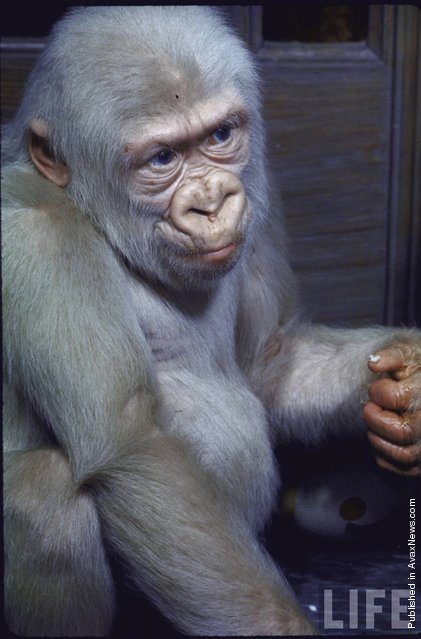 “He was thought to be between 38 and 40 years old; the average lifespan of a gorilla in the wild is 25. Since 2001, he had suffered from an unusual form of skin cancer, almost certainly related to his albinism condition, known as oculocutaneous albinism type 1 or OCA1. In September 2003, it was publicly announced that he was dying. Thousands visited the zoo to say goodbye before he was euthanized in November 2003”. 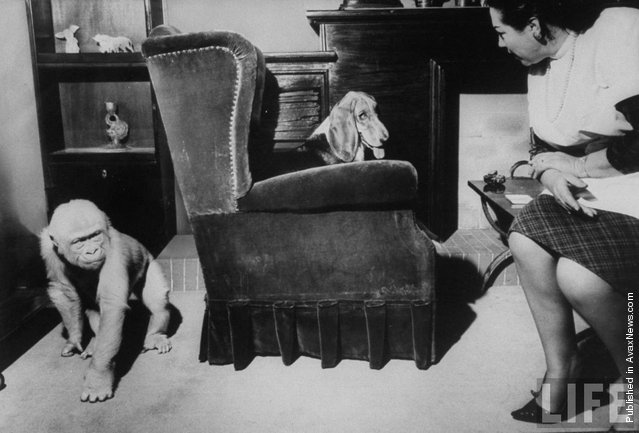 “A scholarship for research on primatology was created in memory of and homage to the albino gorilla. Snowflake's fame also helped to promote awareness of the endangered gorilla species. “If we do nothing there will be no more gorillas in 30 years,” Sabater Pi said at the presentation of his book”. 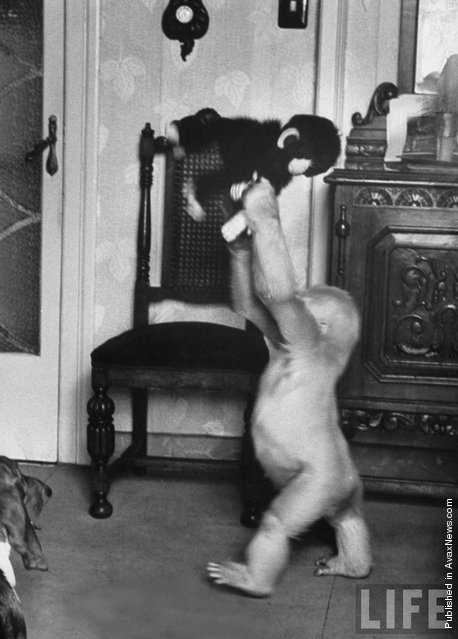 “The gorilla became a main character in the novel Memòries d'en Floquet de Neu (Mr. Snowflake's Memories) by the Catalan writer Toni Sala. Sabater Pi also dedicated a book to the gorilla, under the title Floquet per sempre (Snowflake Forever). He also makes a brief appearance in Italo Calvino's novel Mr. Palomar. Nature on PBS devoted an episode to him”. 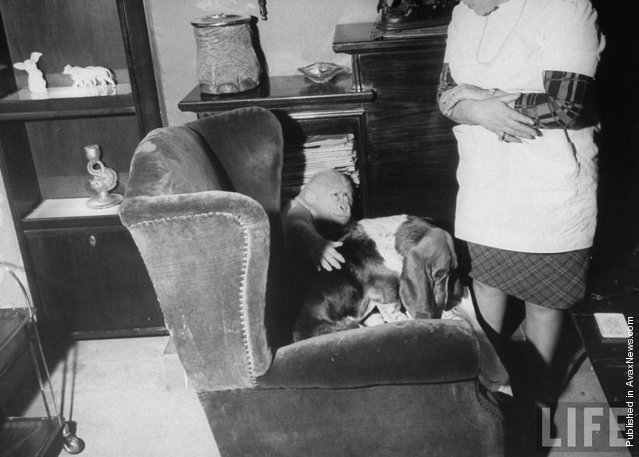