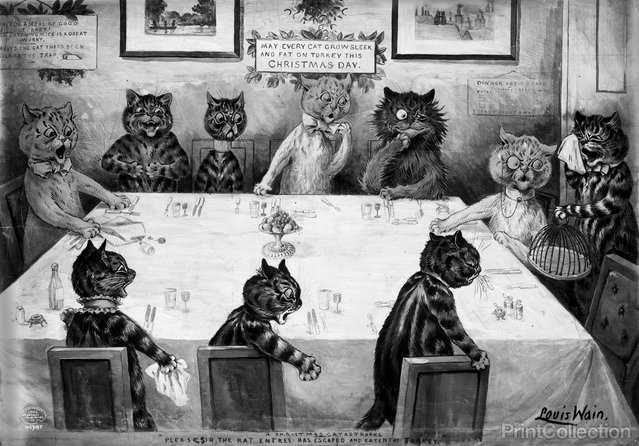 A Christmas catastrophe: please, sir, the rat entree has escaped and eaten the turkey. Drawing created by Louis Wain in 1906. Photographed by the Detroit Publishing Company in 1906. 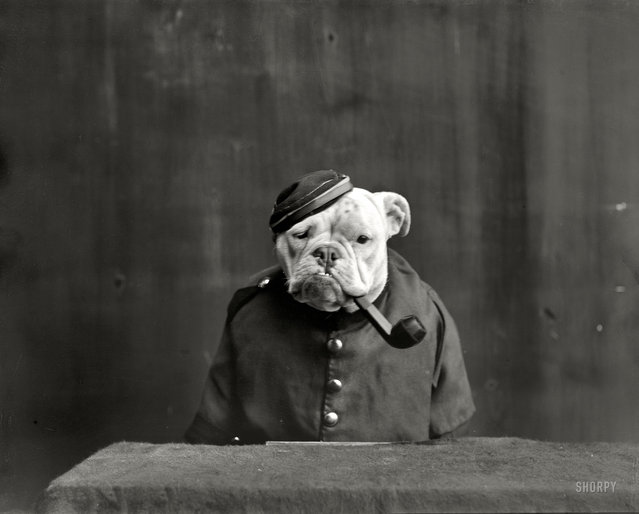 Tommy Atkins (the name being a sort of generic, John-Doe-type moniker for a British soldier), 1905. (Photo by Detroit Publishing Company) 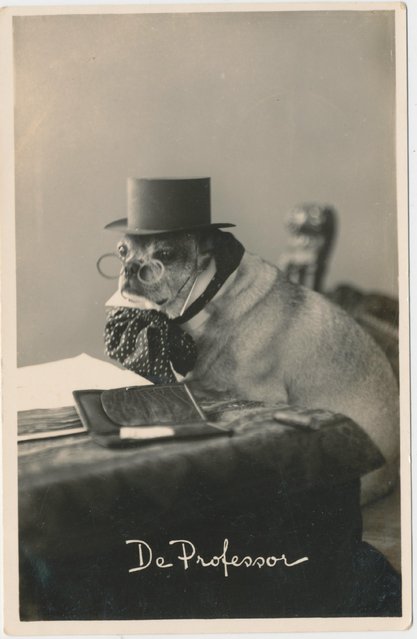 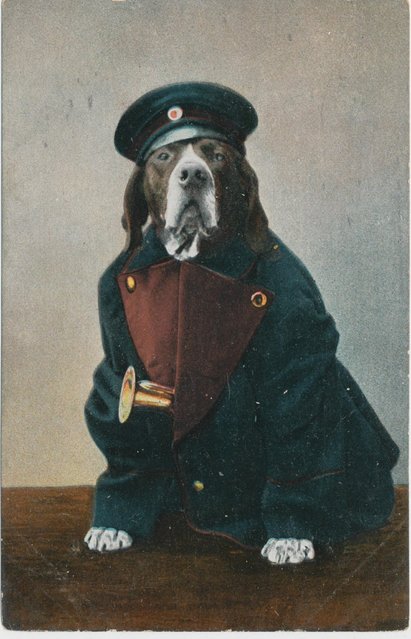 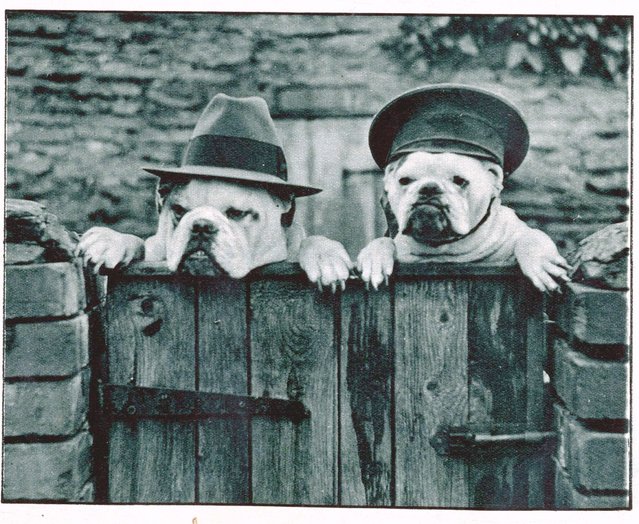 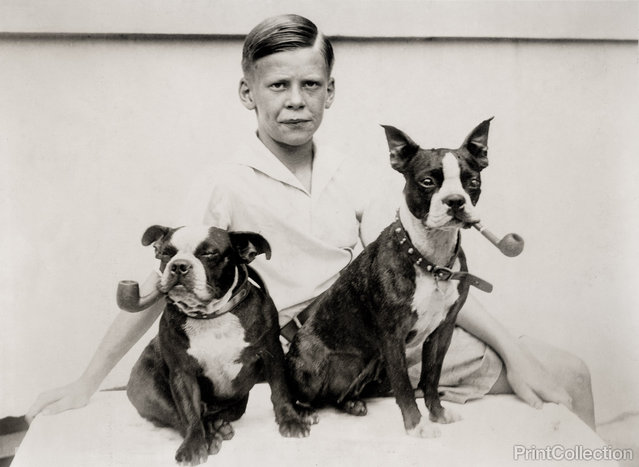 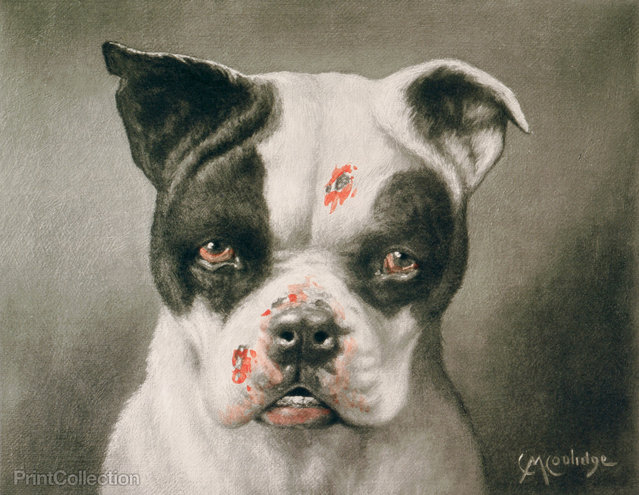 “I'm a bad dog! What kind of a dog are you”? (this is the actual title of the work) By C. M. Coolidge, created in 1885 as a hand-colored photogravure. Head-and-shoulders of a Boston terrier (?) with a bloody face. I guess there was a different view of cruelty to animals back in the 19th century. 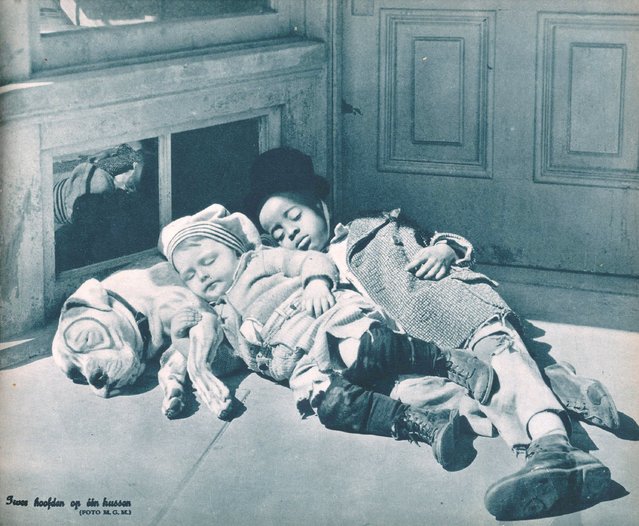 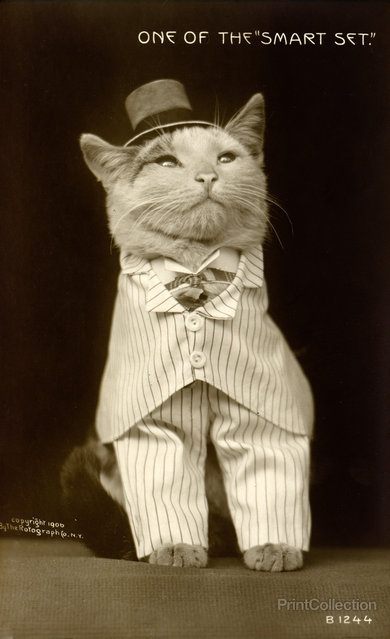 Cat Dressed to the Nines. One of the “smart set”. Published in 1906 as a gelatin silver print. Postcard showing cat wearing suit and hat. This cat is not a dunce! Cats never answer wrong; cats just fail to answer. This postcard was taken by The Rotograph Co., in New York City, 1905. 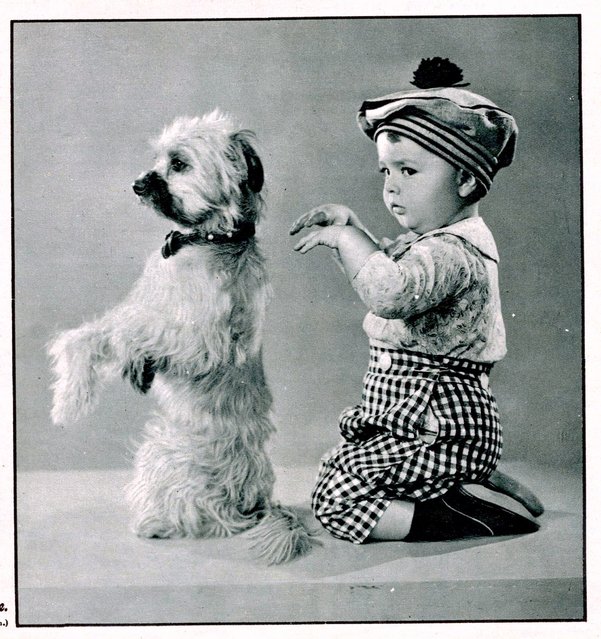 Cats Make Marriage go to the Dogs, Almost! Photographed in 1951 by Fred Palumo for the New York World Telegram and Sun. Former model Mrs. William Black feeding some of her 47 cats. 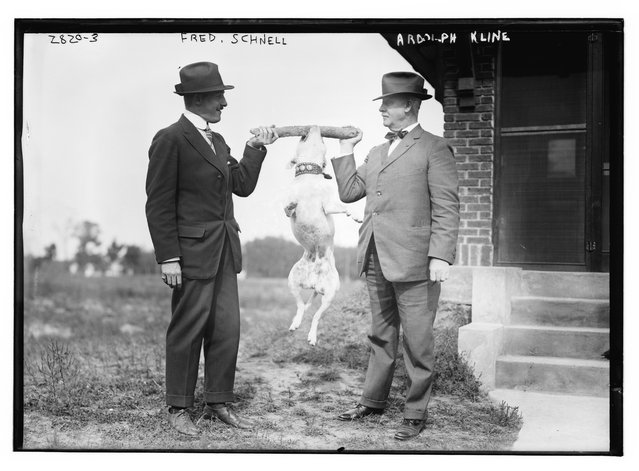 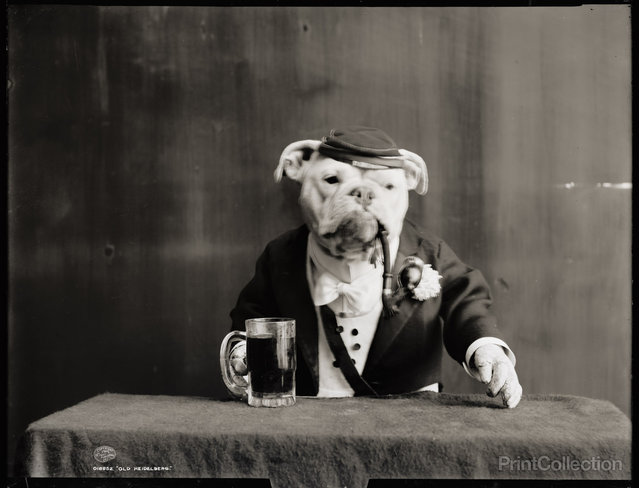 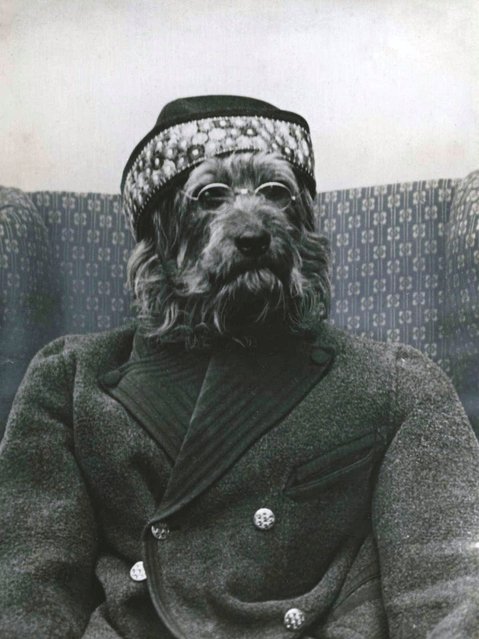 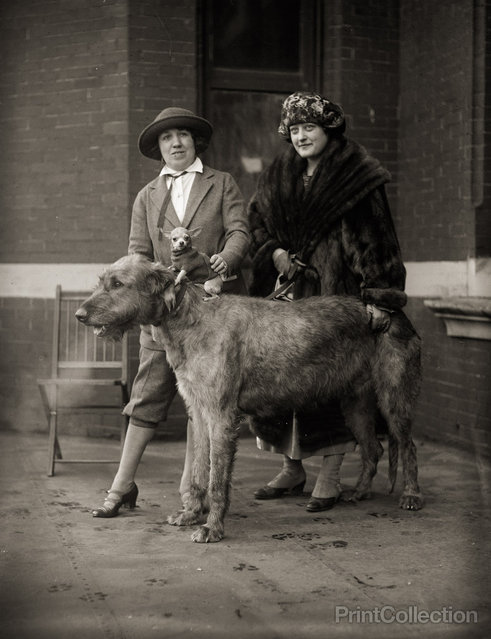 All Creatures LARGE and small. Dog show, photographed by the USA National Photo Compnay in 1923 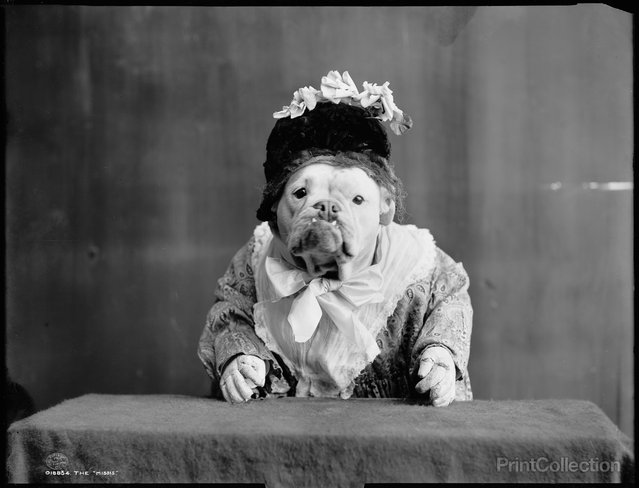 The Missis Must be a b*tch, 1905. (Photo by Detroit Publishing Company) 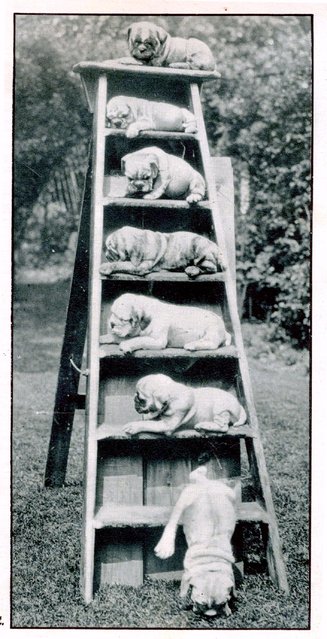 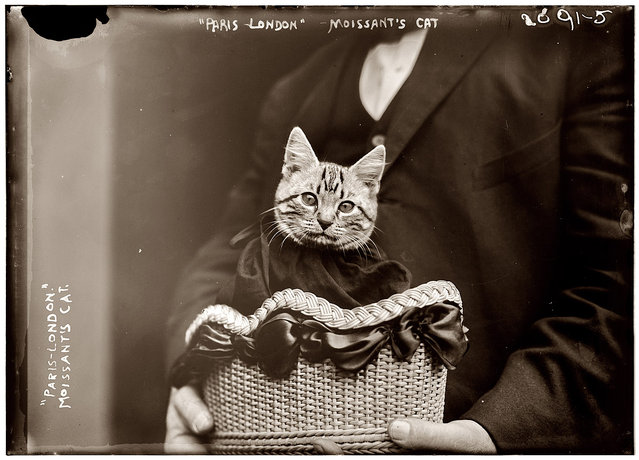 Paree the Flying Cat: 1910. In 1910, on the first airplane flight across the English Channel to carry a passenger, American aviator John Moissant flew from Paris to London accompanied by both his mechanic and his cat, named either Mademoiselle Fifi or Paree, depending on which newspaper you believe. Later that year Moisant died in a crash near New Orleans. 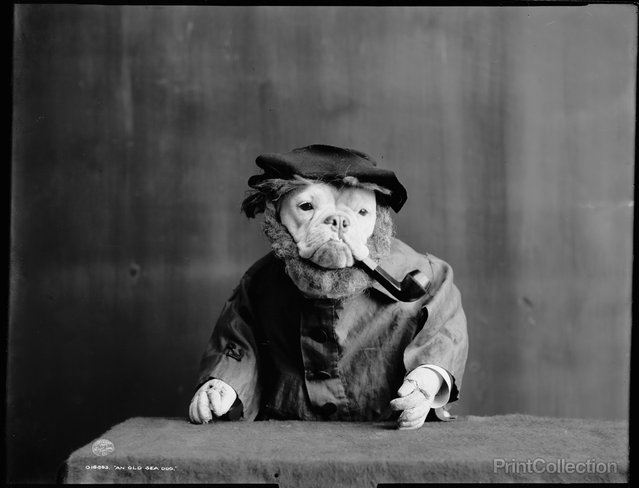 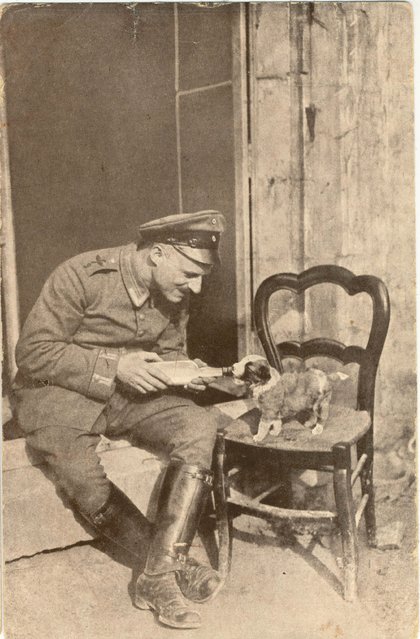 A german sergeant (unteroffizier) from Flieger-Abteilung 9, something for the fellows from the Flying Circus, feeding a puppy during WWI. Circa 1915 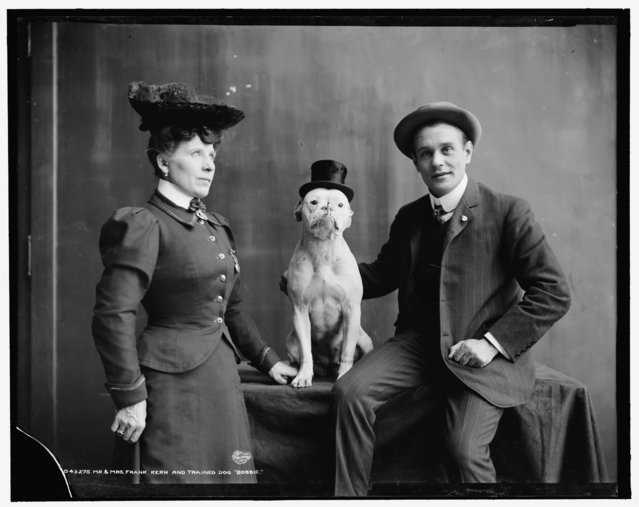 Mr. and Mrs. Frank Kern and their trained dog Bobbie, ca. 1905. (Photo by Detroit Publishing Co. Collection at the Library of Congress) 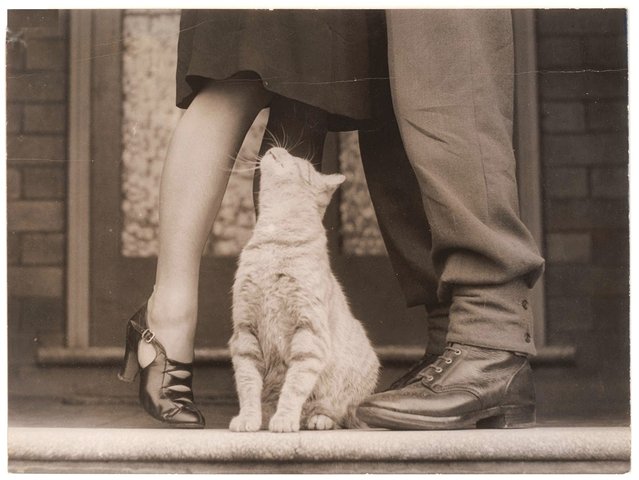