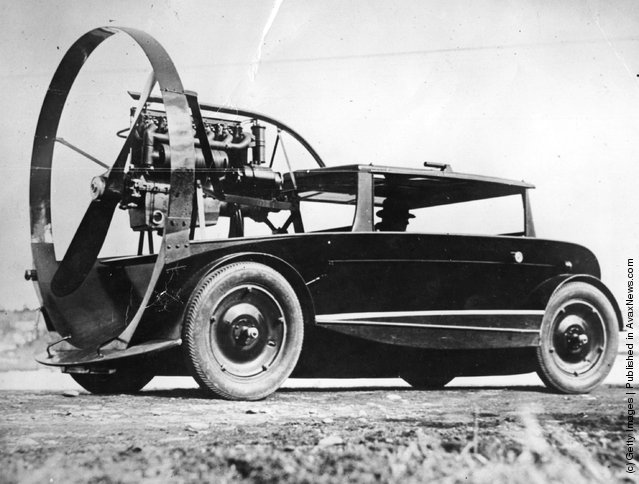 A vehicle invented by George McLaughlin which was designed to travel on ice and snow. (Photo by Topical Press Agency/Getty Images). 1926 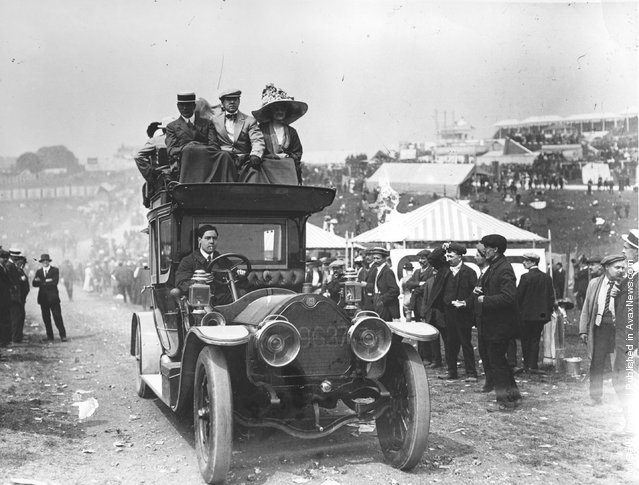 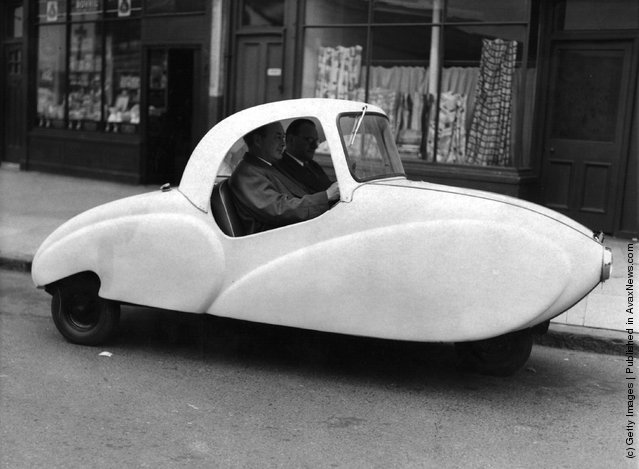 A new “People's Car”, with an entirely plastic body, designed to seat three adults and two children and marketed as the cheapest car on the road. (Photo by Express/Express/Getty Images). Circa 1954 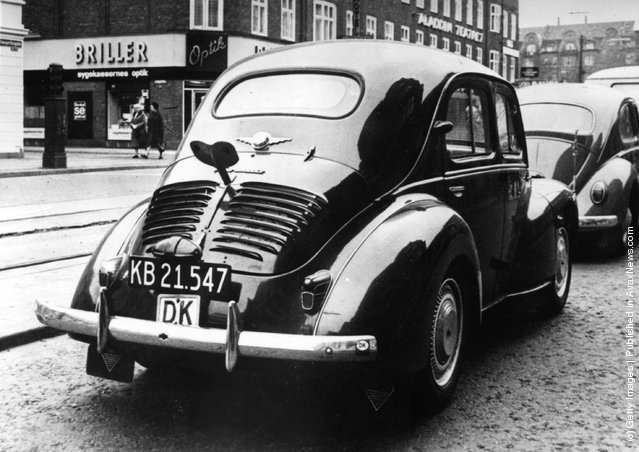 The back view of a Renault 4 CV car, parked in the centre of Copenhagen with a large key fitted to the boot giving passers-by the impression of a life-size clockwork car. (Photo by Keystone/Getty Images). Circa 1964 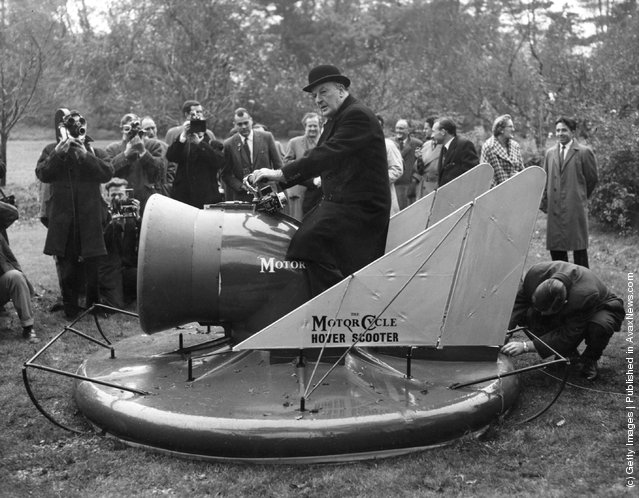 Lord Brabazon, the pioneer British aviator, demonstrates the hover scooter at Long Ditton in Surrey. The machine has been developed by American engineer Charles Rhoades, and combines the hovercraft with a scooter powered by a 250cc twin cylinder 2-stroke motorcycle engine. (Photo by Fox Photos/Getty Images). 9th November 1960 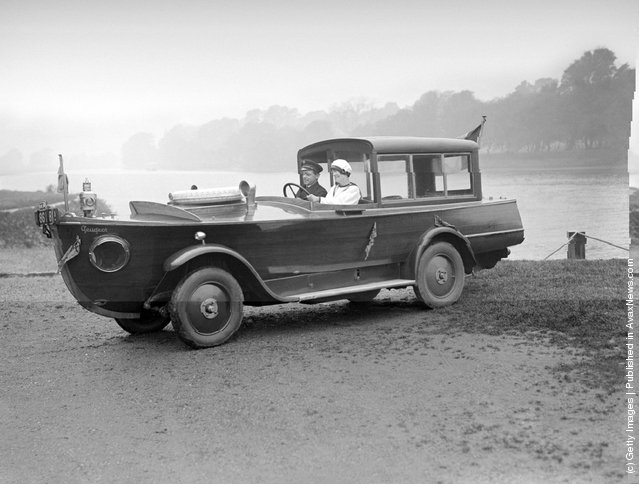 The Peugeot motor-boat car, on a river bank. The front end is shaped like the bow of a boat, the middle part like a car and it has wheels. (Photo by Fox Photos/Getty Images). October 1926 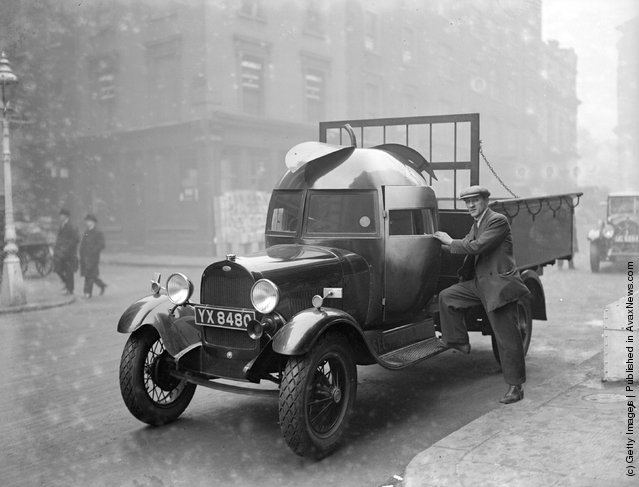 A fruit importer's lorry at Covent Garden, London, with its driver's cabin in the shape of an apple. (Photo by Harold Clements/London Express/Getty Images). October 1928 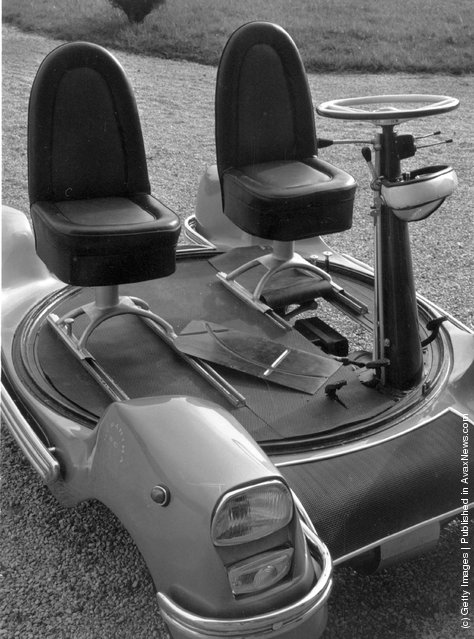 The “Urbania”, the world's smallest working car, invented by Marquis Piero Bargagli of Poggio Adorno to solve the problem of limited parking space. The engine is situated in the centre of the chassis and the seats rotate on a circular rail, enabling the passengers to descend from any side. (Photo by Franco Sestili/BIPs/Getty Images). December 1964 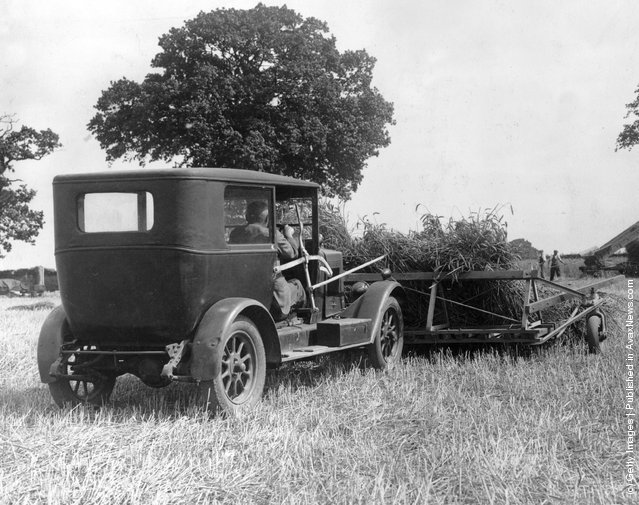 An old car is used to harvest a field at Sprowston, Norfolk. (Photo by Fox Photos/Getty Images). 24th August 1937 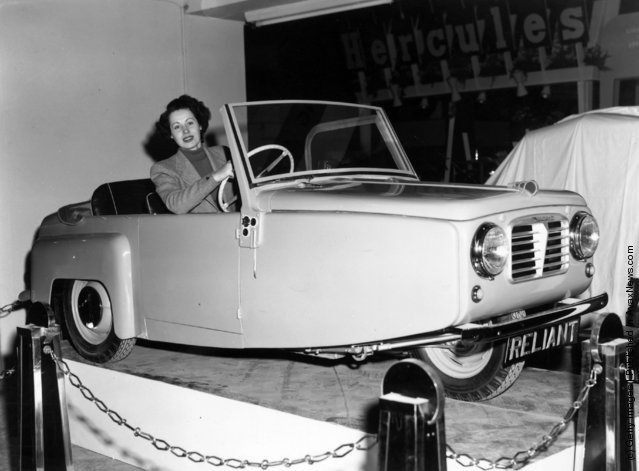 The Regal four-seater coupe, produced by the Reliant Engineering Co., Tamworth, Staffordshire, on show at the Cycle and Motor Cycle Show at Wasrl's Court in London. (Photo by Ron Case/Keystone/Getty Images). 14th November 1952 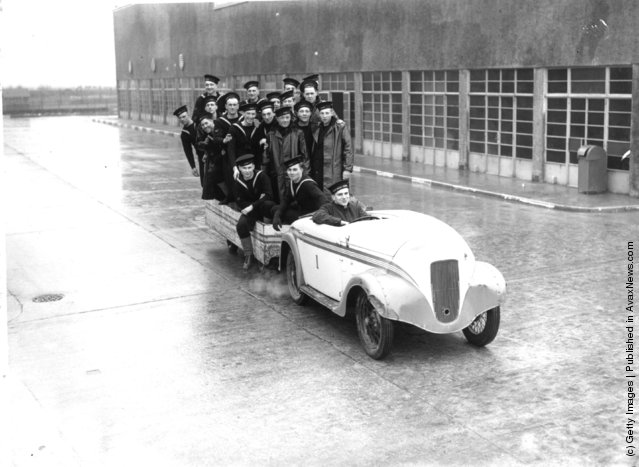