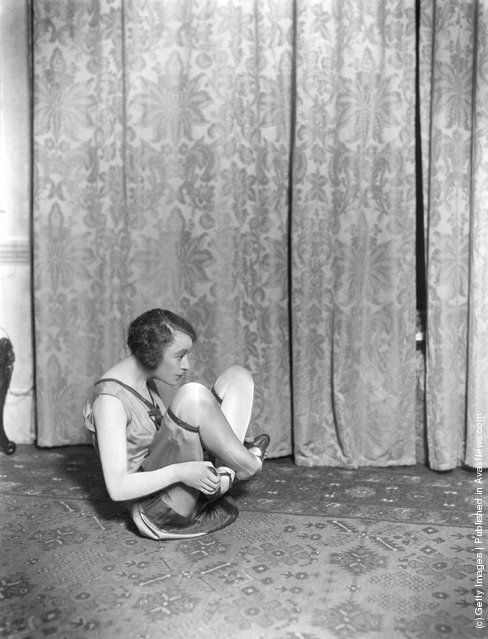 Actress Athene Seyler attempts to contort her body, in a scene from the show, “Skin Deep”. (Photo by Sasha/Getty Images). Circa 1928 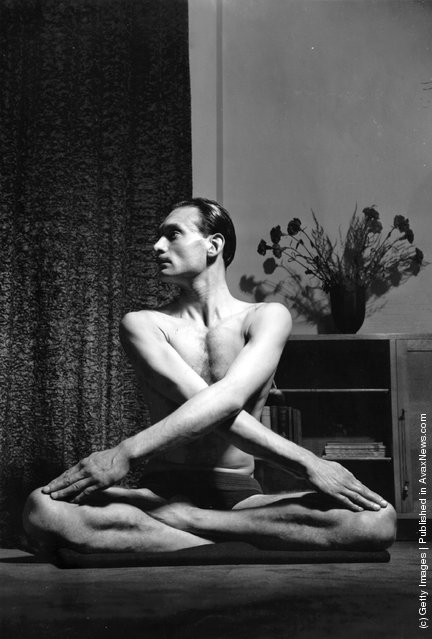 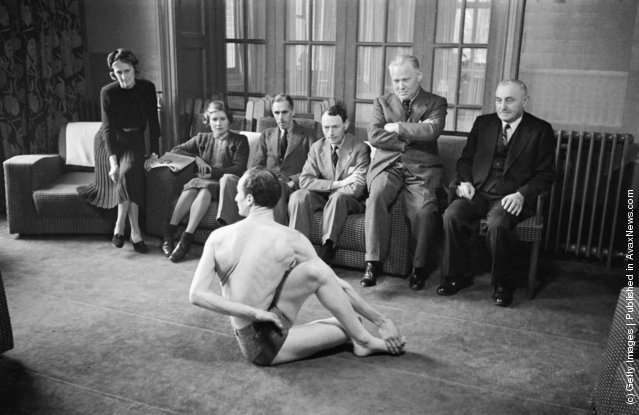 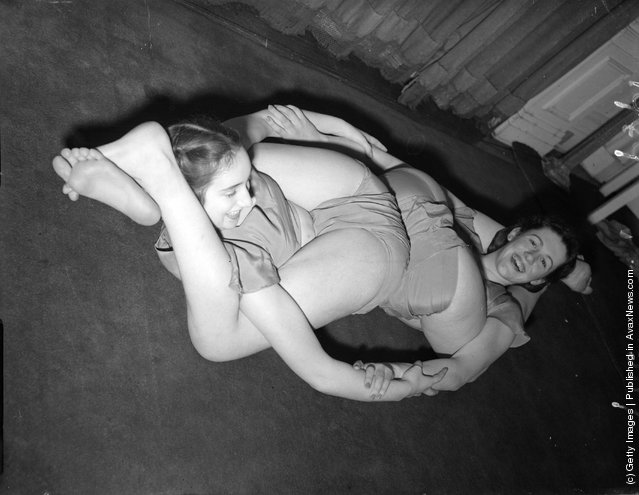 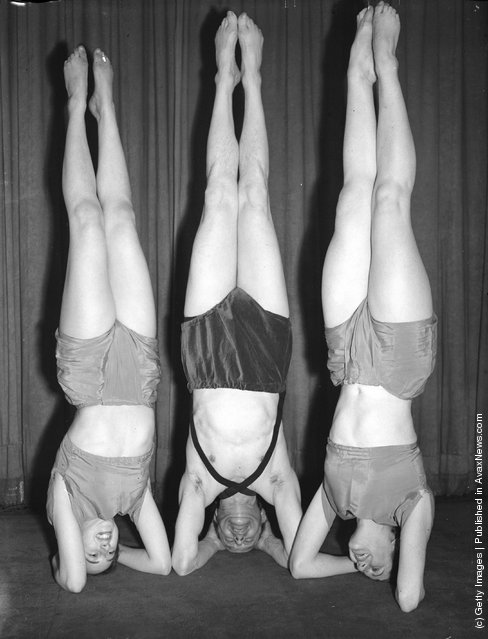 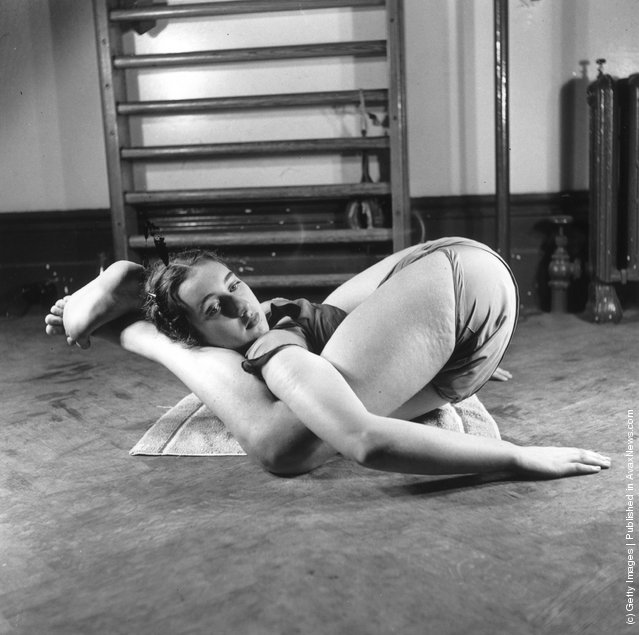 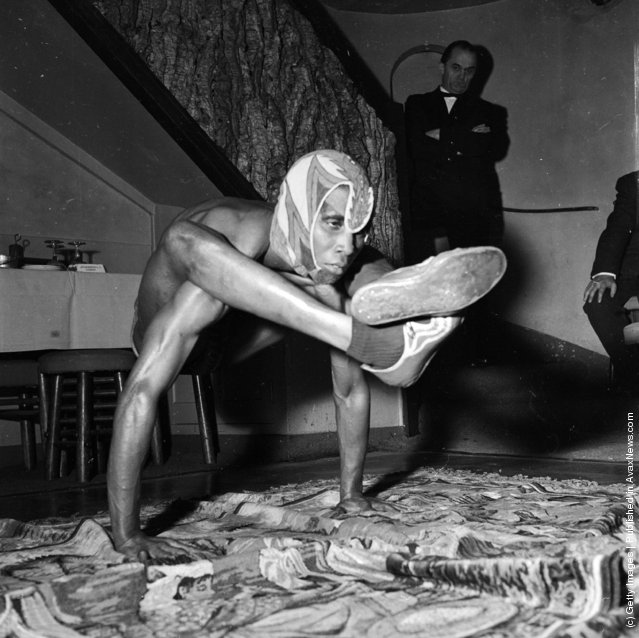 Contortionist Joe Clemendor impresses the audience at a Paris nightclub with his amazing feats of bodily distortion, made possible by his mastery of Yoga technique. (Photo by John Sadovy/BIPs/Getty Images). 21st June 1956 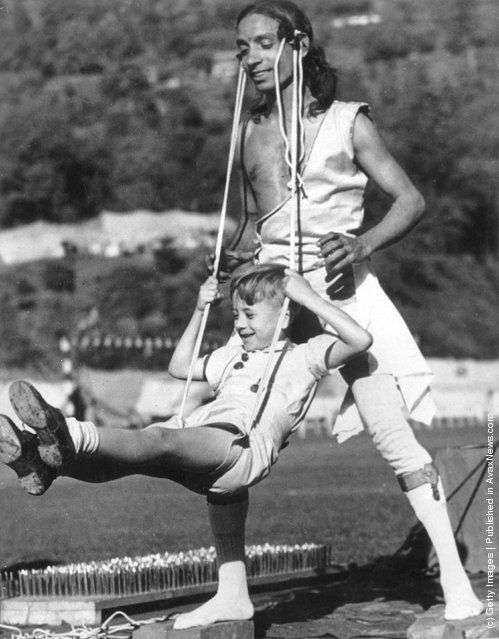 A child swings suspended in a sling attached to the hair of a yogi practitioner; they both appear to be enjoying the experience. The occasion is a yoga demonstration at Simla in northern India. There is a bed of nails by the yogi's feet. (Photo by Fox Photos/Getty Images). Circa 1960 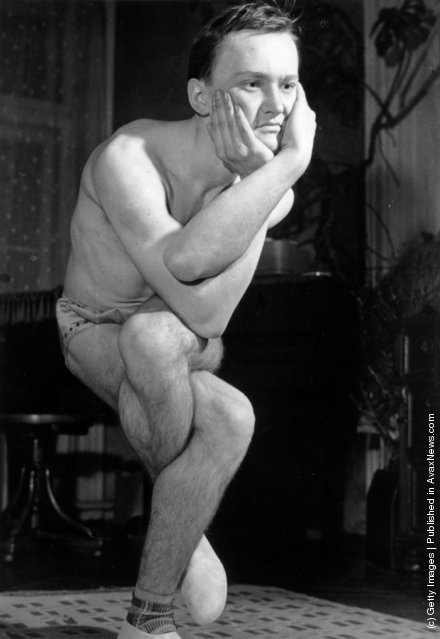 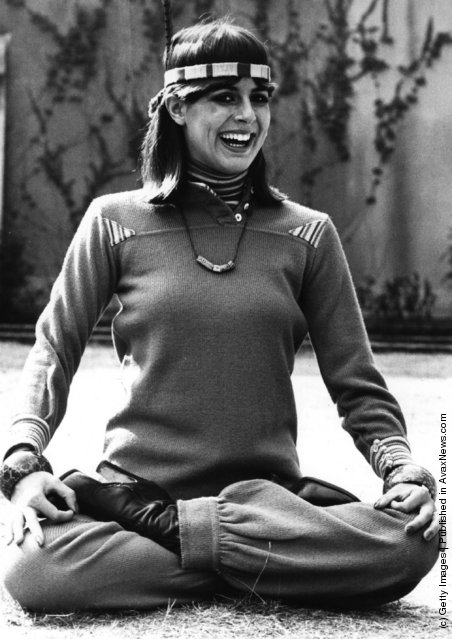 Kahti sits in the yoga position, wearing a knitted pant suit from the Autumn and Winter collection by C & A. (Photo by Evening Standard/Getty Images). 8th September 1976 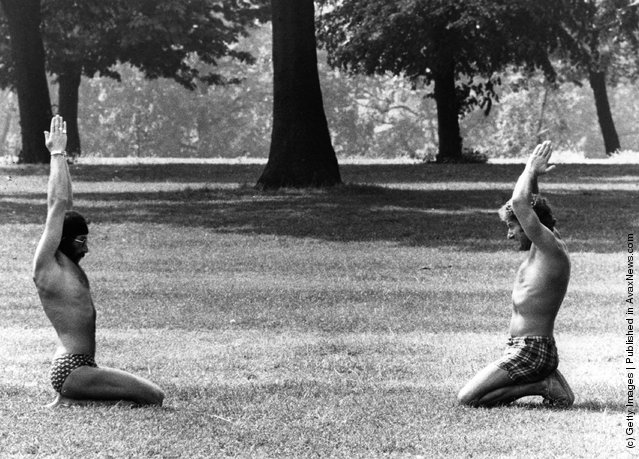