Touching White Lion Cubs Photo Call
“The white lion is not a distinct subspecies, but a special morph with a genetic condition, leucism, that causes paler colouration akin to that of the white tiger; the condition is similar to melanism, which causes black panthers.

They are not albinos, having normal pigmentation in the eyes and skin. White Transvaal lion (Panthera leo krugeri) individuals occasionally have been encountered in and around Kruger National Park and the adjacent Timbavati Private Game Reserve in eastern South Africa, but are more commonly found in captivity, where breeders deliberately select them.

The unusual cream colour of their coats is due to a recessive gene. Reportedly, they have been bred in camps in South Africa for use as trophies to be killed during canned hunts”. – Wikipedia

Photos: One of two rare white lion cubs from Mogo Zoo on New South Wales South Coast is seen at a photo call at Lavender Green, Luna Park on November 23, 2006 in Sydney, Australia. Mogo Zoo's breeding of two litters of white lion cubs in the space of just three months brings their pride of white lions to 7. The 8-week old twins are white in colour due to a recessive gene, the chinchilla mutation, and have been extinct in the wild for over 12 years. (Photo by Matt King/Getty Images) 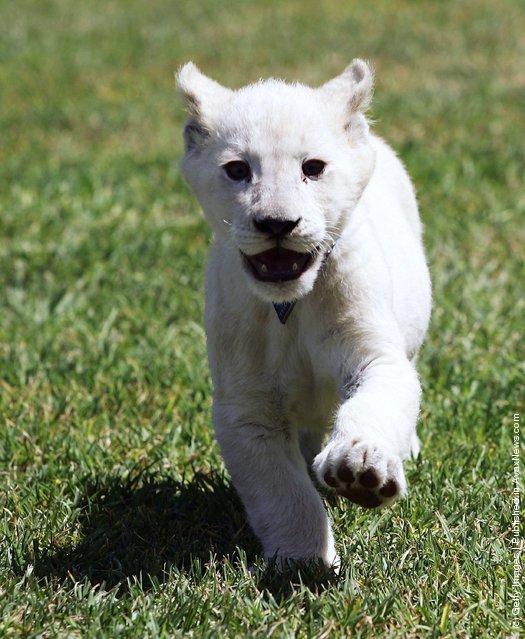 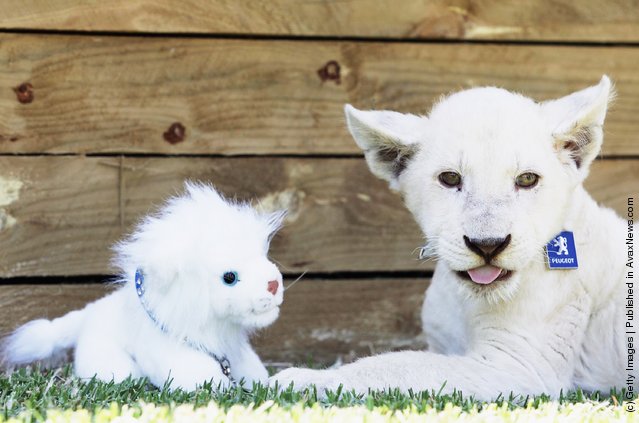 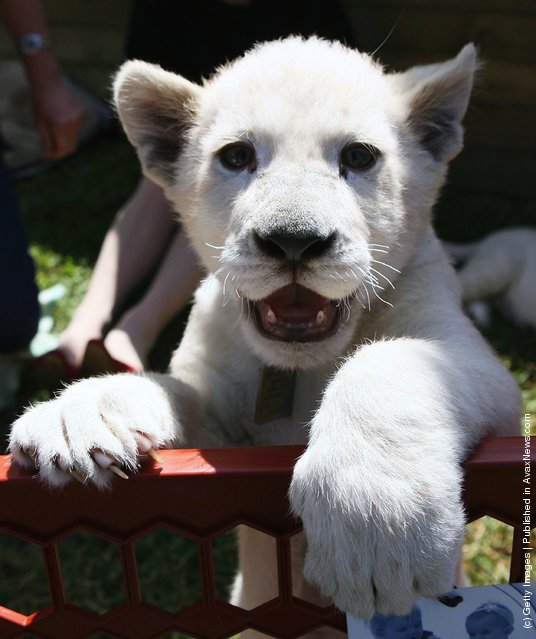 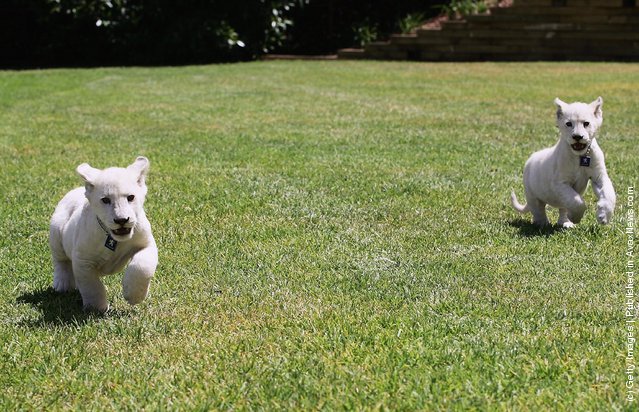 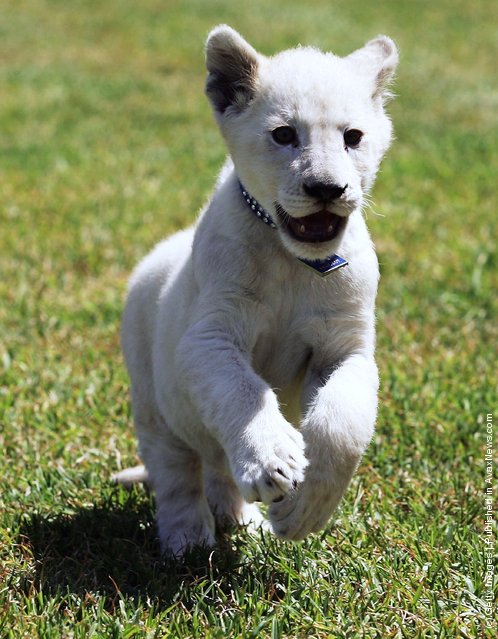 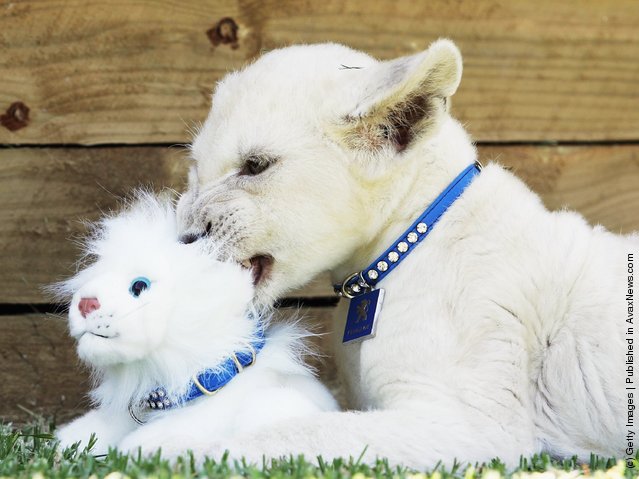 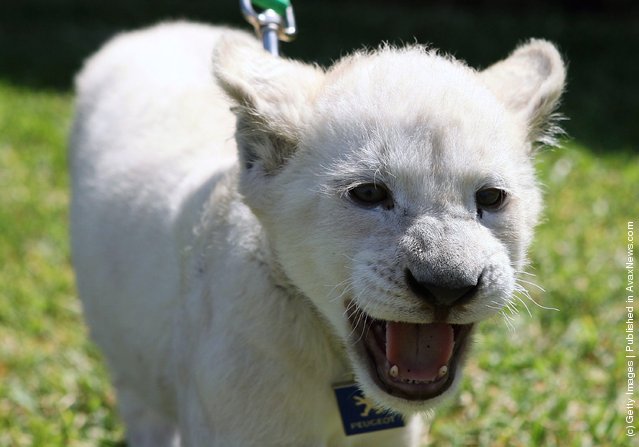