Touching Wild World of “Weird Sports”
Since 2005, photographer Sol Neelman, has photographed people having fun. More specifically, Neelman has documented the wacky and wildly diverse world of “weird sports”. Neelman published a book of his best shots, titled “Weird Sports”, in 2011. Since then, he has continued to photograph events from Chessboxing to Lingerie Basketball and is currently working on a second book. Learn more about the project on Neelman's Kickstarter page. Breanna Ziehlke encourages her frog to get on with it at the Calaveras County Fair & Jumping Frog Jubilee. (Photo by Sol Neelman) 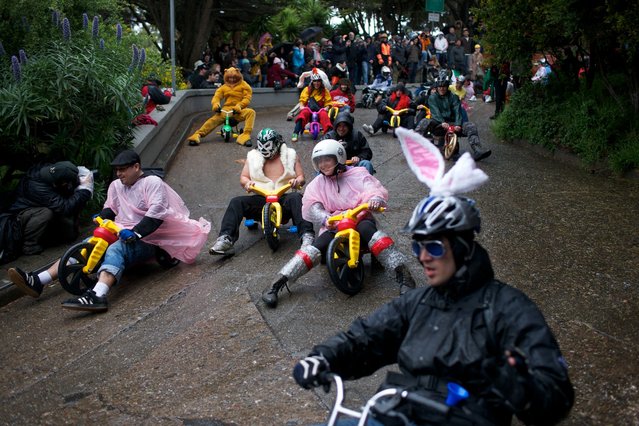 Despite severe congestion and slick road conditions, weaving through San Francisco traffic has never been more fun than at the annual Bring Your Own Big Wheel race. (Photo by Sol Neelman) One thing not in short supply for fans and athletes at the annual Outhouse Races in rural Washington state: Porta Potties. (Photo by Sol Neelman) Riders racing ostriches is a common sport in Africa. It's still not exactly clear how it arrived in Virginia City, Nevada – famed home of TV western Bonanza. (Photo by Sol Neelman) The home of bog snorkeling is Llanwrtyd Wells, the smallest and weirdest town in Great Britain. Competitors must wear snorkels and flippers and complete the course without using conventional swimming strokes. Wet suits are not mandatory, but the smarter swimmers sport them. (Photo by Sol Neelman) 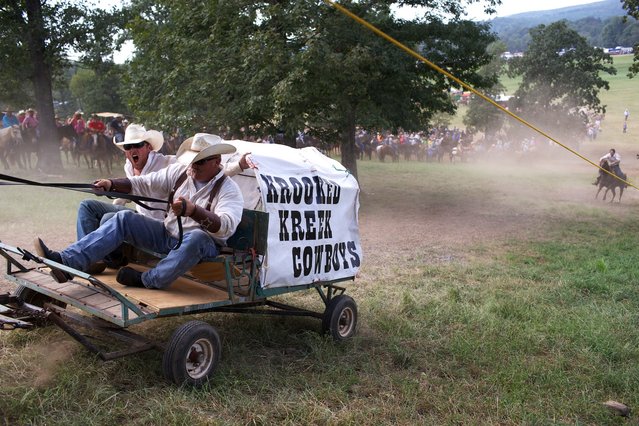 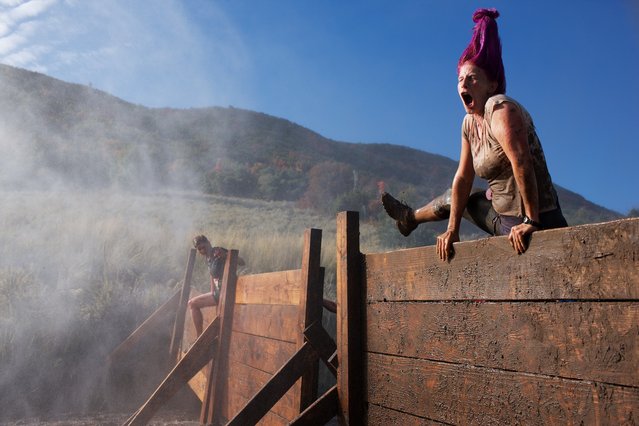 The Dirty Dash is a new kind of race, a mud run obstacle course where “a military boot camp meets your inner five-year-old’s fantasy”. One of the first tricky hurdles to overcome is a series of super slick six-foot walls. (Photo by Sol Neelman) 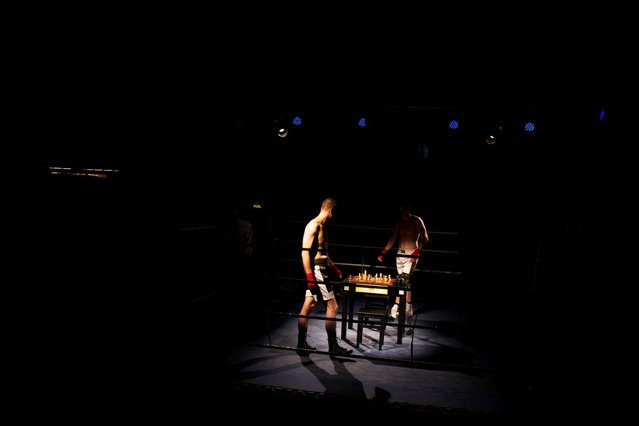 The format of chessboxing is pretty simple: a round of chess followed by a round of boxing. That repeats until an opponent wins either by checkmate or knockout. (Photo by Sol Neelman) Originally called “octopush,” underwater hockey was invented back in 1954 by four English divers looking to stay fit during the winter months, when it was too cold to dive the North Sea. The goal is similar to traditional hockey: score by pushing the puck into the other team’s net. (Photo by Sol Neelman) Dog surfing is pretty much what it sounds like. There are four heats. The first is for dogs less than 40 pounds. The second is for larger dogs. Then there's a tandem competition, where dogs surf with their human companions. The final heat brings the winners of those three rounds together to determine the “Ultimate Champion”. Dogs and teams have 10 minutes to catch their top two waves. They're scored on confidence, length of ride and overall ability to grip it and rip it. (Photo by Sol Neelman)
Edit Del
07 Apr 2014 09:17:00, post received 0 comments
Publication archive:
←   →
Popular tags:
All tags
Last searches: