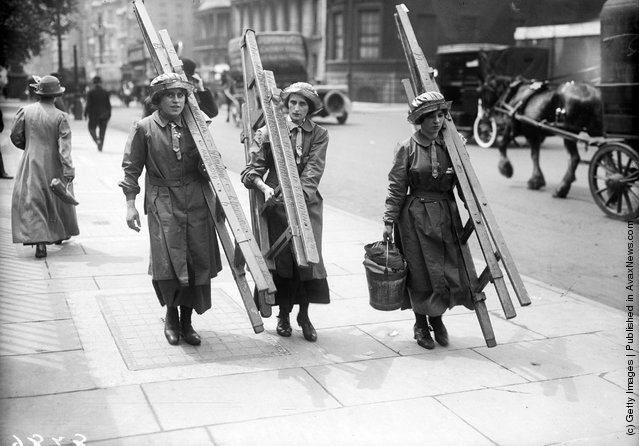 Window cleaners set off to work in Piccadilly during World War I. (Photo by W. G. Phillips/Phillips/Getty Images). 1916 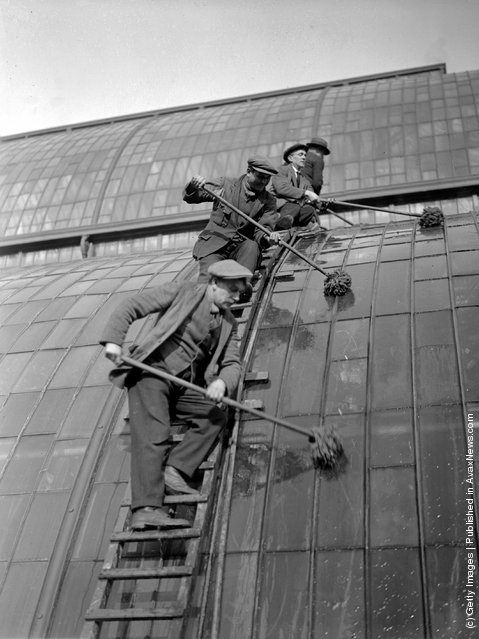 Perched on a ladder workmen are cleaning the glass roof of the Observatory in Kew Gardens, London. (Photo by Fox Photos/Getty Images). 18th March 1930 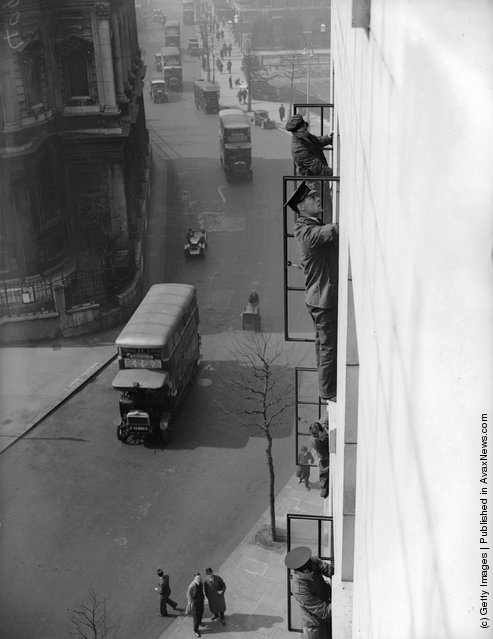 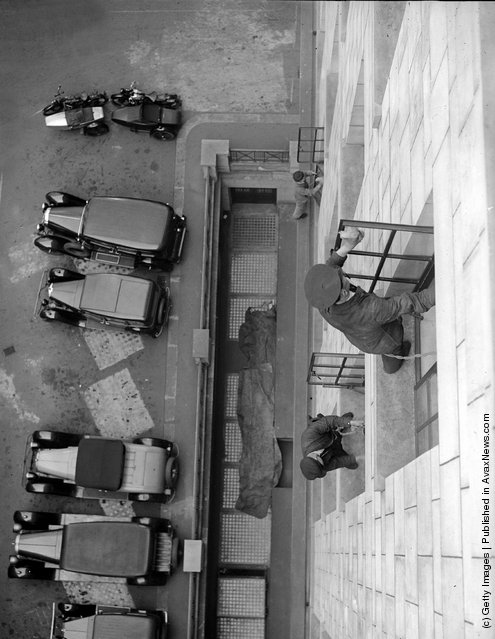 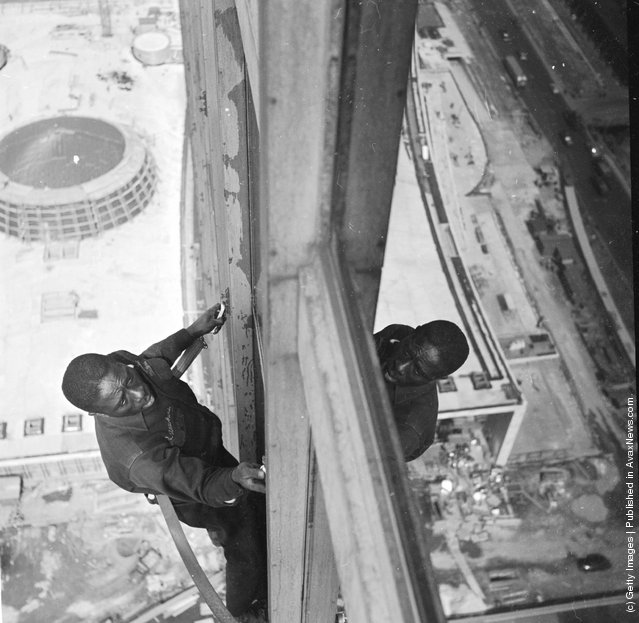 The 6000 windows of the United Nations Secretariat building in mid-town Manhattan, New York, are cleaned monthly by seven men. (Photo by Douglas Grundy/Three Lions/Getty Images). Circa 1950 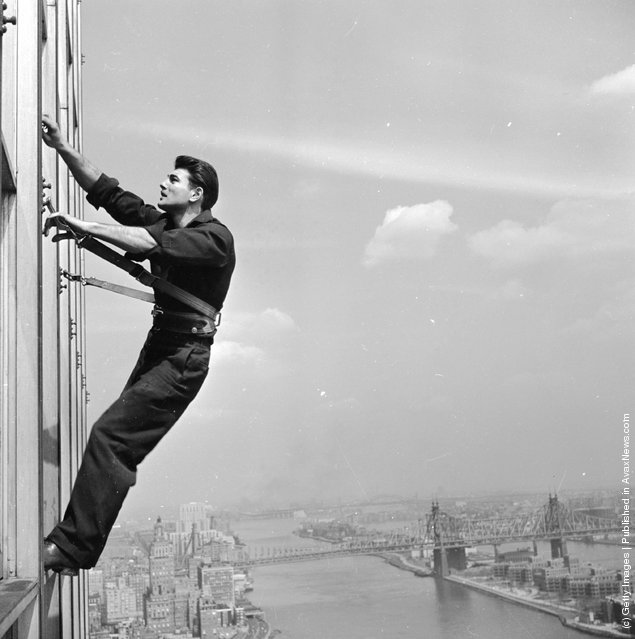 A window cleaner at work at the United Nations Secretariat building in mid-town Manhattan, overlooking the East River, New York. The building has 6,000 panes of glass in its two transparent facades, and the 7 cleaners take a month to complete the job. (Photo by Douglas Grundy/Three Lions/Getty Images). Circa 1955 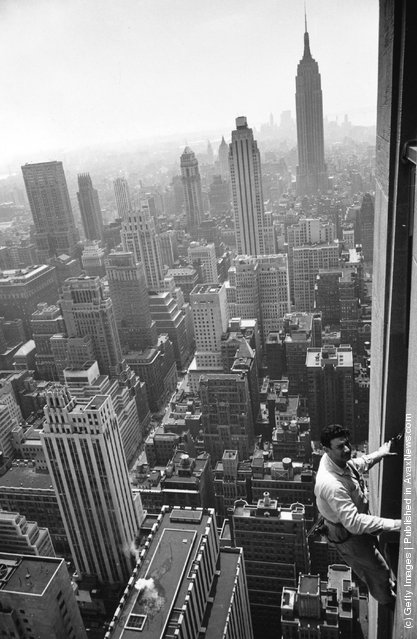 A window cleaner clings to the side of one of the skyscrapers in the Rockefeller Centre, protected by a safety harness. The Empire State building towers in the background. (Photo by William Lovelace/Express/Getty Images). 2nd May 1961 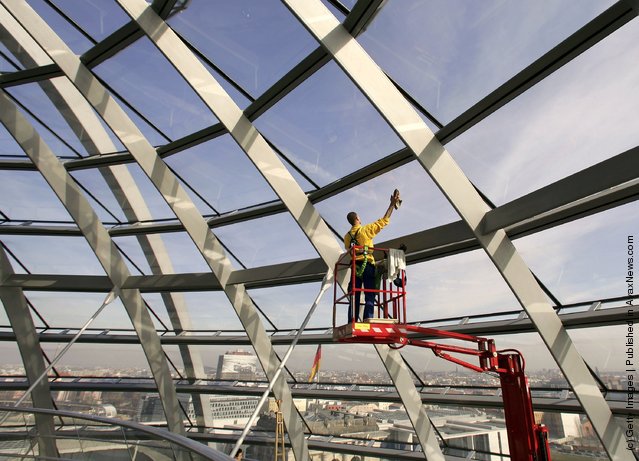 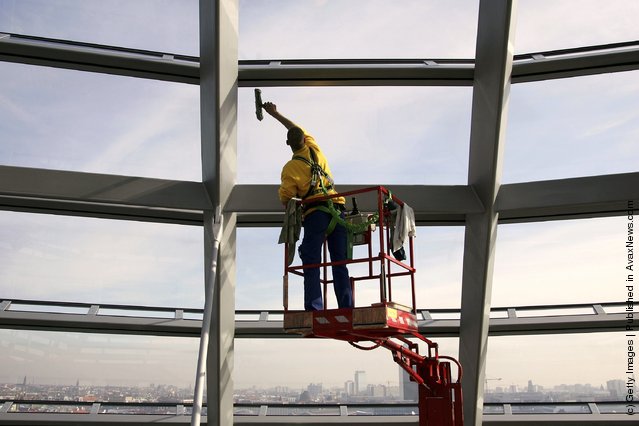 A window cleaner works on the Reichstag Dome on March 13, 2007 in Berlin, Germany. (Photo by Andreas Rentz/Getty Images) 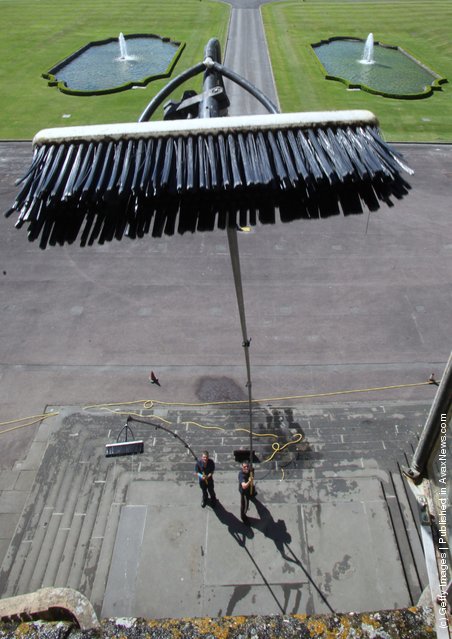 Professional window cleaners Nick Walker and Daniel Barr clean one of the windows at the front of Longleat House, ahead of the summer season on June 2, 2009 in Longleat, United Kingdom. The cleaning of the Elizabethan 16th century stately home's 365 windows generally takes 4 days to complete and needs specialised equipment to do so. (Photo by Matt Cardy/Getty Images) 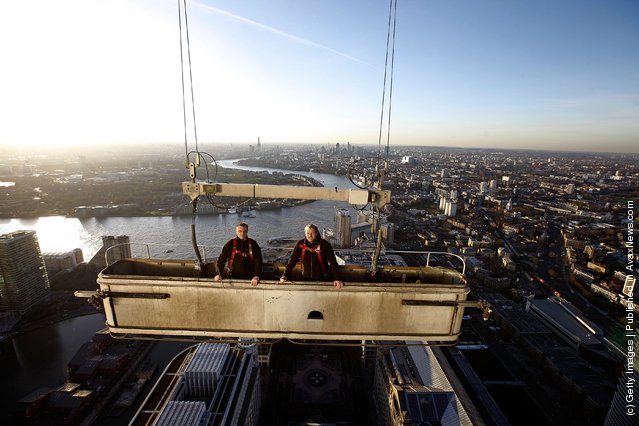 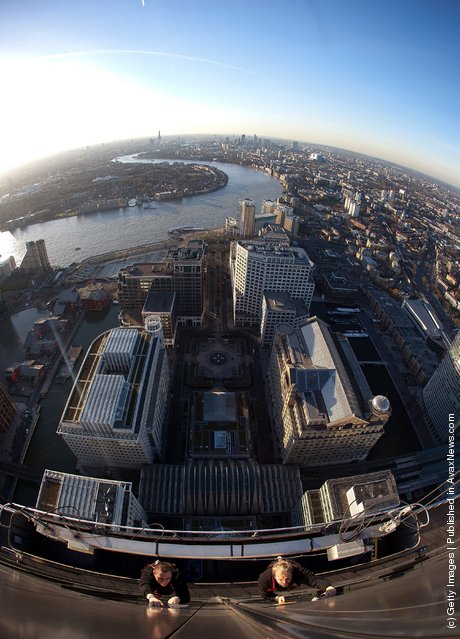 Window cleaners Lee Mason (left) and Paul Wright (right) at work on the 50th floor of the One Canada Square skyscraper on February 8, 2011 in London, England. Currently the tallest building in Britain, it lies at the heart of Canary Wharf, the business and shopping district on the River Thames. To clean all the windows of the building takes a month, with the cleaners suspended up to 190m from the ground. (Photo by Matthew Lloyd/Getty Images)
Edit Del
20 Jul 2011 12:43:00, post received 0 comments
Publication archive:
←   →
Popular tags:
All tags
Last searches: