Touching The World Famous Rosslyn Chapel
“Rosslyn Chapel, properly named the Collegiate Chapel of St. Matthew, was founded on a small hill above Roslin Glen as a Roman Catholic collegiate church (with between four and six ordained canons and two boy choristers) in the mid-15th century. Rosslyn Chapel and the nearby Roslin Castle are located at the village of Roslin, Midlothian, Scotland.

The chapel was founded by William Sinclair, 1st Earl of Caithness (also spelled “Sainteclaire/Saintclair/Sinclair/St. Clair”) of the Sinclair family, a noble family descended from Norman knights from the commune of Saint-Clair-sur-Epte in northern France, using the standard designs the medieval architects made available to him. Rosslyn Chapel is the third Sinclair place of worship at Roslin – the first being in Roslin Castle and the second (whose crumbling buttresses can still be seen today) in what is now Roslin Cemetery.

The purpose of the college was to celebrate the Divine Office throughout the day and night and also to celebrate Holy Mass for all the faithful departed, including the deceased members of the Sinclair family. During this period the rich heritage of plainsong (a single melodic line) or polyphony (vocal harmony) would be used to enrich the singing of the liturgy. An endowment was made that would pay for the upkeep of the priests and choristers in perpetuity and they also had parochial responsibilities.

In later years the Chapel has featured in speculative theories regarding Freemasonry and the Knights Templar. An extensive programme of conservation is currently underway”. – Wikipedia

Photos: Tourists view the interior of Rosslyn Chapel on February 9, 2012 in Roslin, Scotland. Built between 1446 and 1484 it is a category A listed building, covered in ornate stonework and carvings of individual figures and scenes. People travel from all over the world to visit the chapel which many have described as an architectural wonder and a library in stone. Many theories, myths and legends associated with the Chapel have given it a unique sense of mystery and wonder. (Photo by Jeff J. Mitchell/Getty Images) 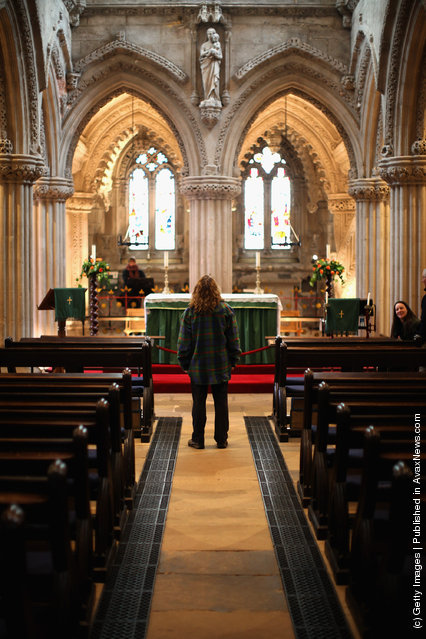 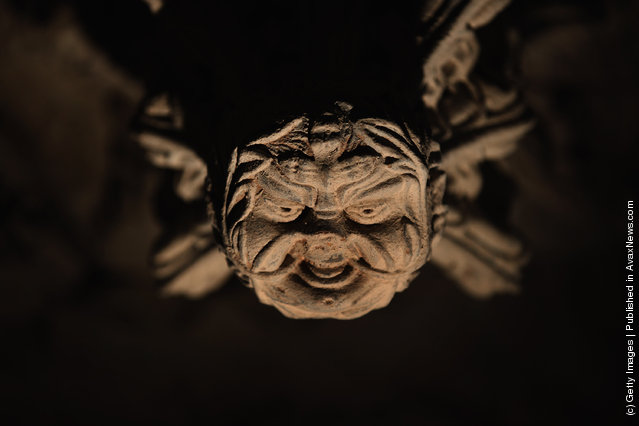 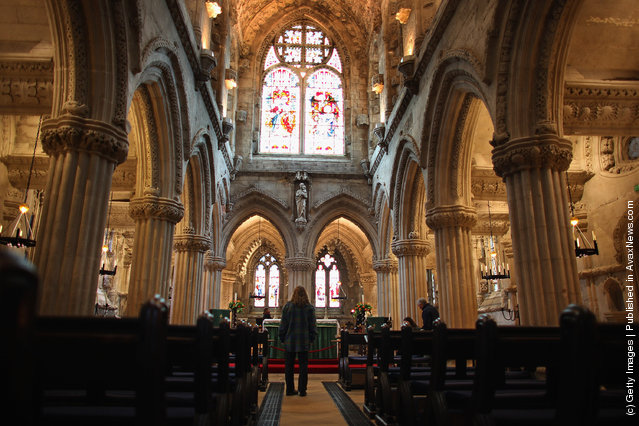 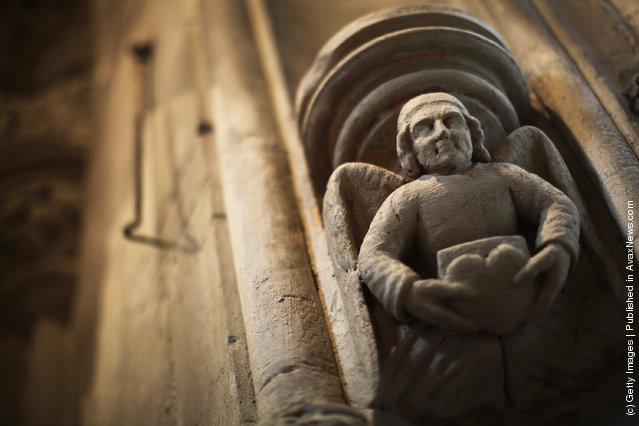 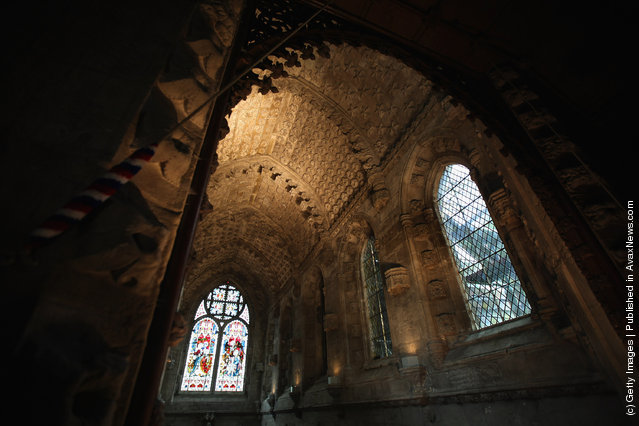 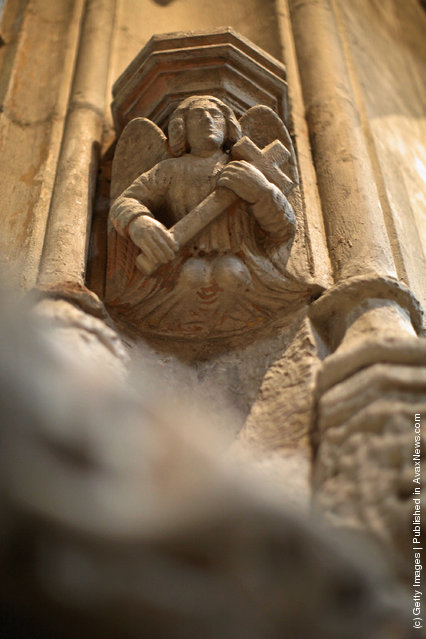 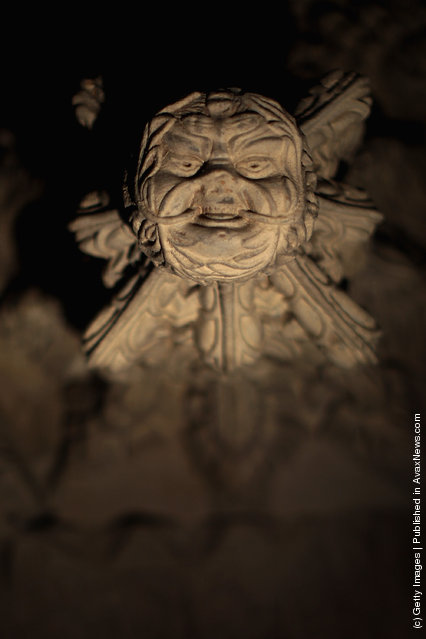 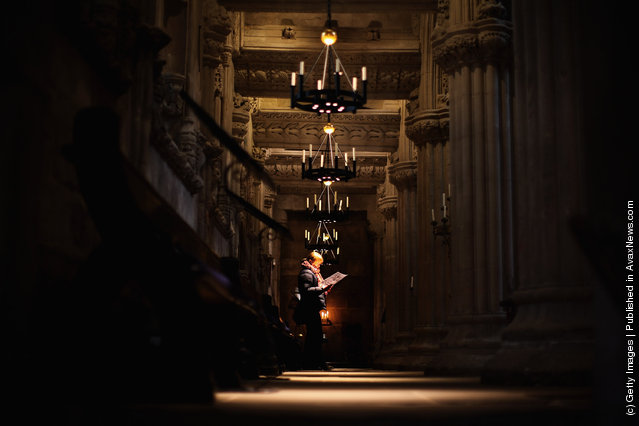 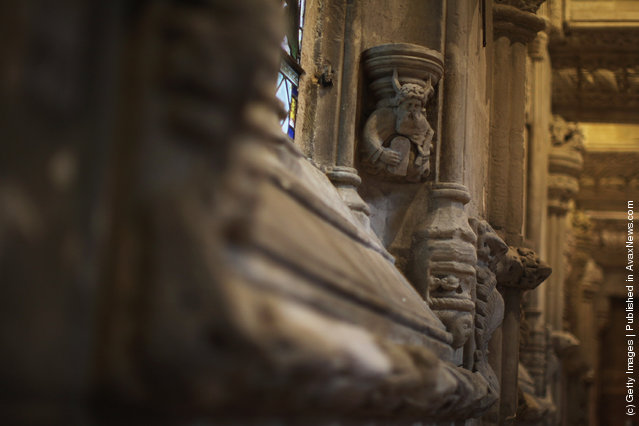 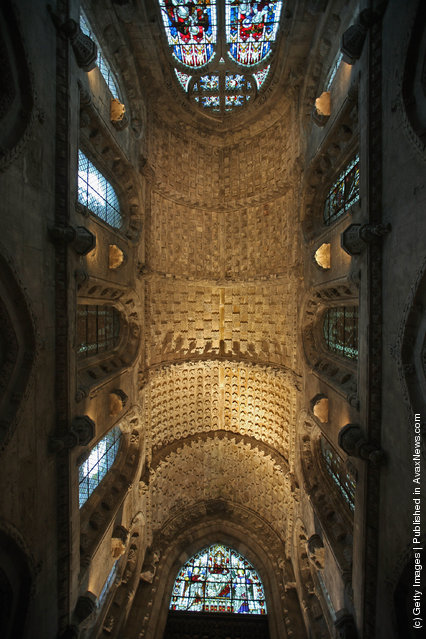 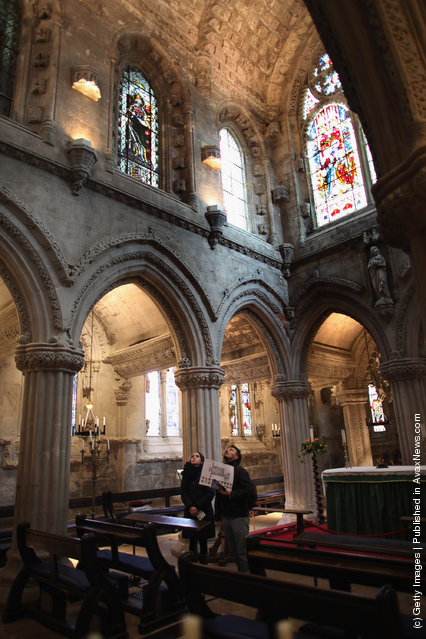 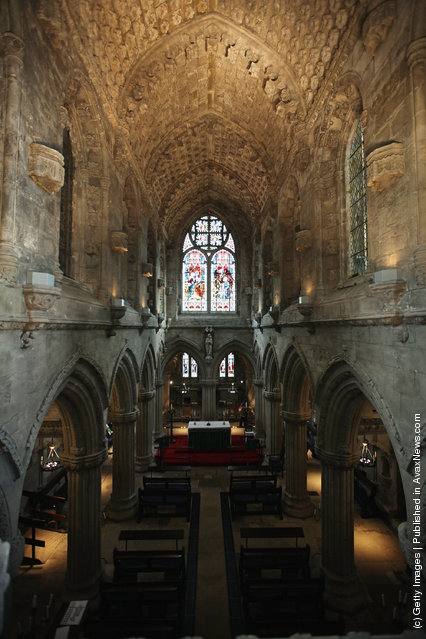 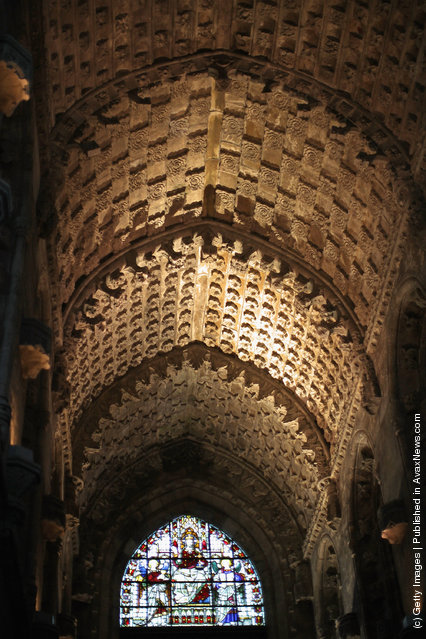 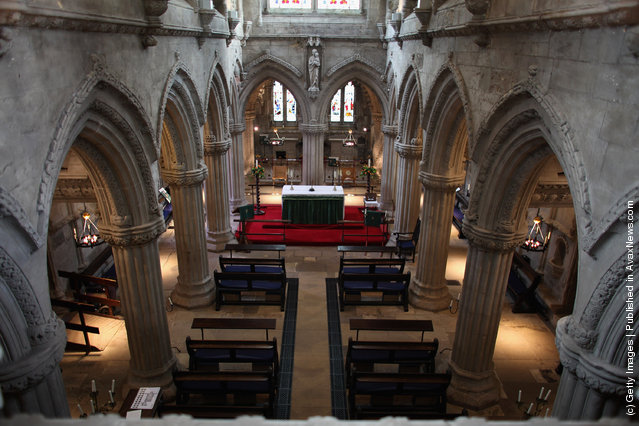 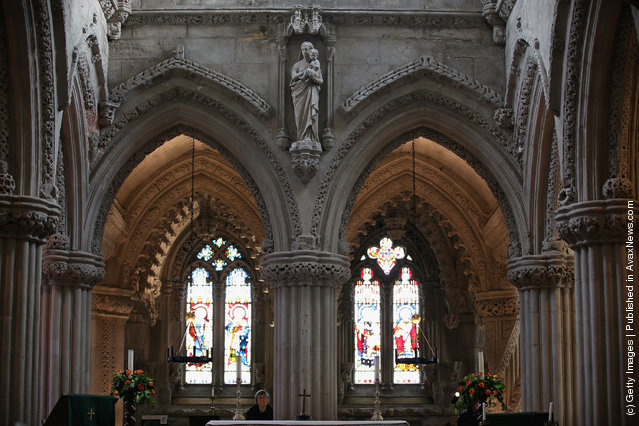 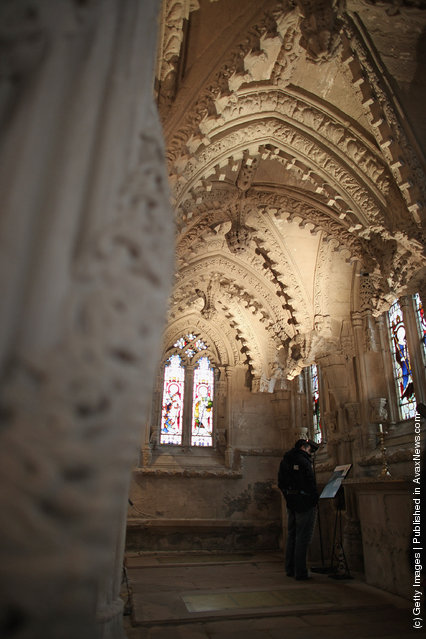 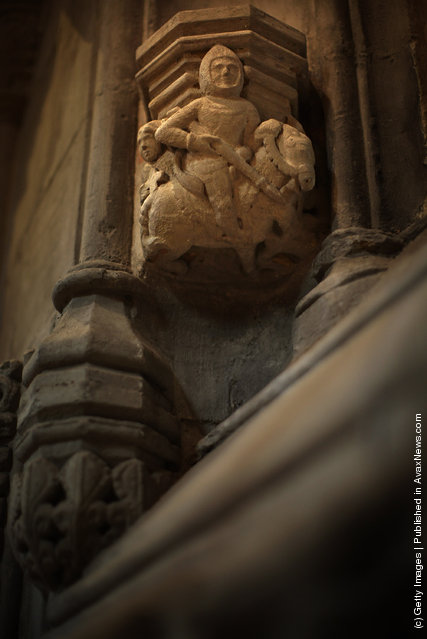 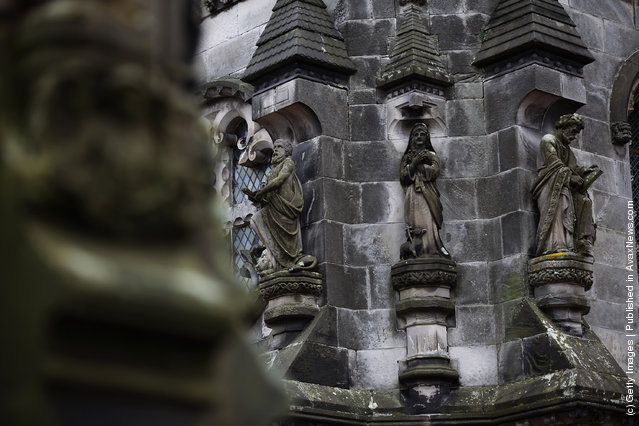 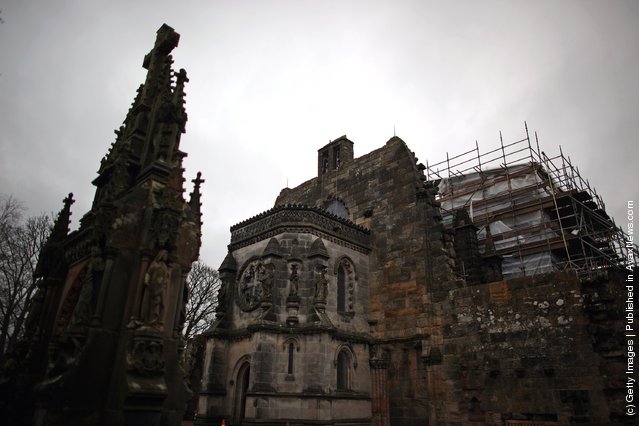 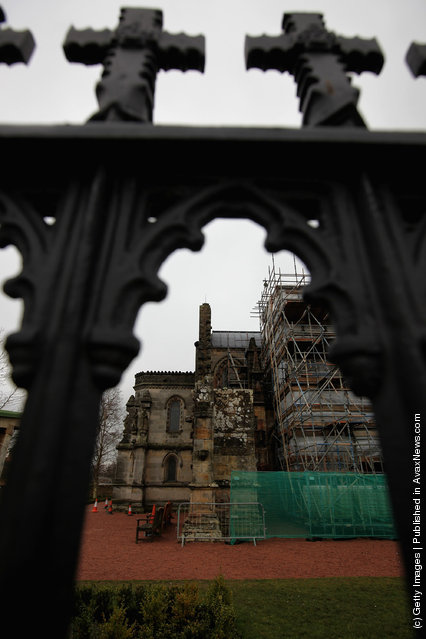