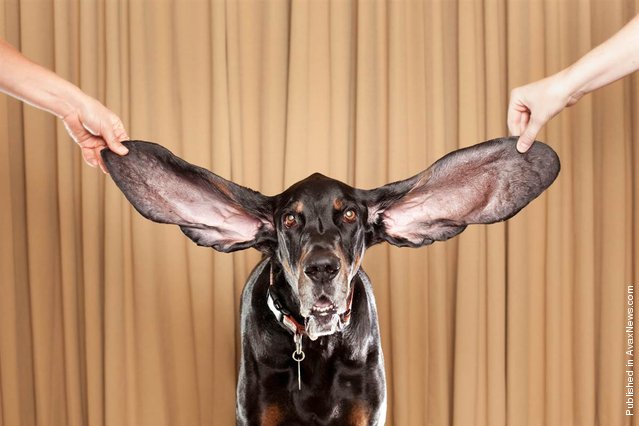 A Black and Tan Coonhound named Harbor has the longest ears of any living dog, with measurements of 12.25 (31,12 cm) inches for the left ear and 13.5 (34,29 cm) inches for the right. (Photo by Ryan Schude/Guinness World Records via AP) 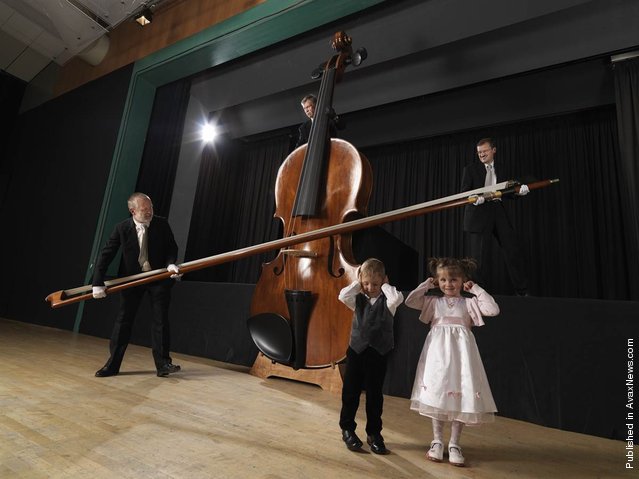 The Vogtland masters of violin- and bow-making in Germany created a violin that is 14 feet (4,26 m) long and 4 feet 6 inches (1,37 m) at its widest. This fantastic fiddle – plus its 17 feet (5,18 m) bow – is seven times larger than the real thing. It takes three people to play a tune on it – one to press the strings and two to move the bow. (Photo by Ranald Mackechnie/Guinness World Records) 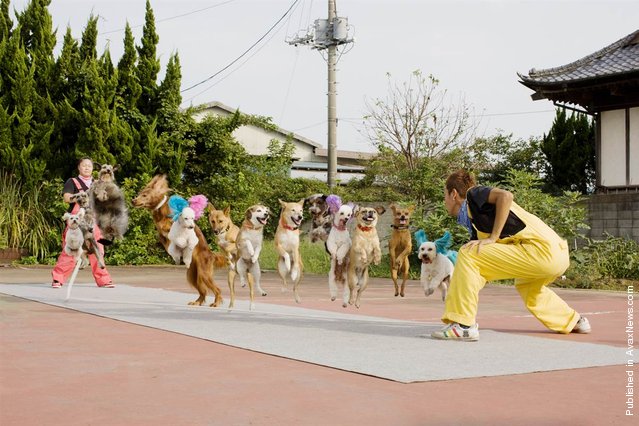 Who knew dogs could skip rope – much less 13 of them at the same time. The record was achieved by Uchida Geinousha's “Super Wan Wan Circus” in Japan. (Photo by Shinsuke Kamioka/Guinness World Records) 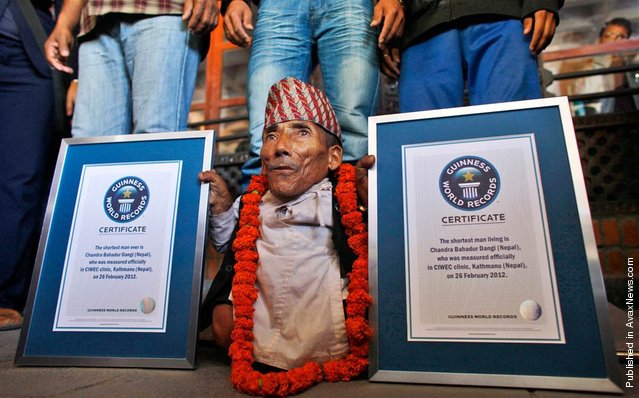 Nepal's Chandra Bahadur Dangi poses with his certificates after being declared the world's shortest living man and shortest man ever by the Guinness Book of Records at a ceremony in Katmandu, Nepal, on Feb. 26, 2012. The 72-year-old man was measured at just 21.5 (54,61 cm) tall, snatching the title from Junrey Balawing of the Philippines, who is 23.5 inches (59,69 cm). (Photo by Niranjan Shrestha/AP) 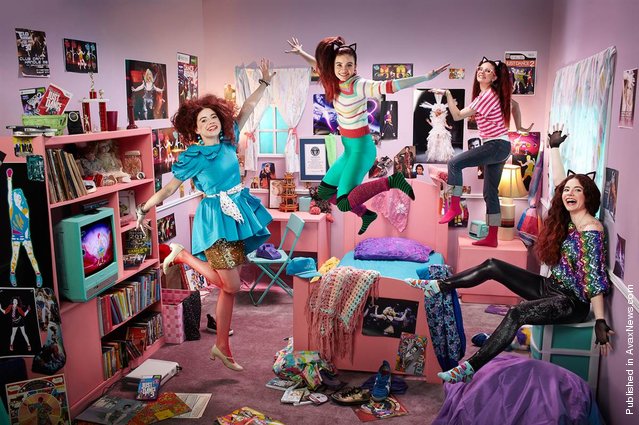 Iowa's Elizabeth Bolinger, AKA Kitty Mc Scratch, dances her way into history, earning her the record as the “Most Prolific Dancing Game High Scorer” with top scores in over 100 songs spanning across “Just Dance” and “Dance Central”. She's featured in the Guinness World Records 2012 Gamers Edition out now. (Photo by Ryan Schude/Guinness World Records) 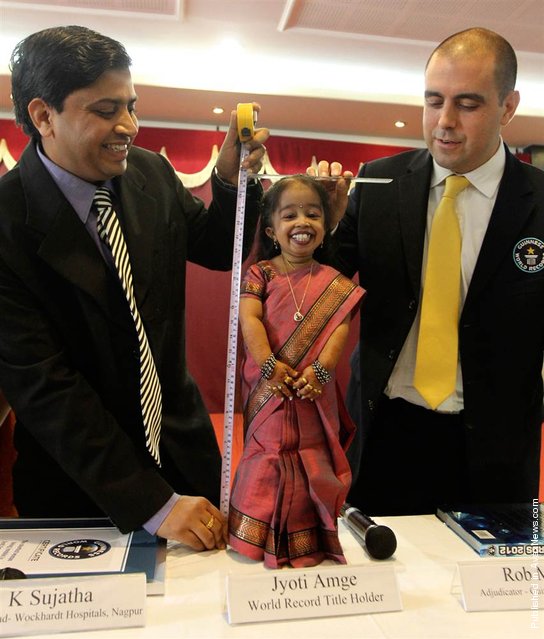 Guinness World Records adjudicator Rob Molloy (R) and Indian doctor K. Sujatha (L) measure the height of Jyoti Amge, the world's shortest living woman, on her 18th birthday in the central Indian city of Nagpur on December 16, 2011. Amge was certified by the Guinness World Records as the shortest woman in the world with an average measurement of 24.7 inches (62,74 cm). (Photo by Stringer/india/Reuters) 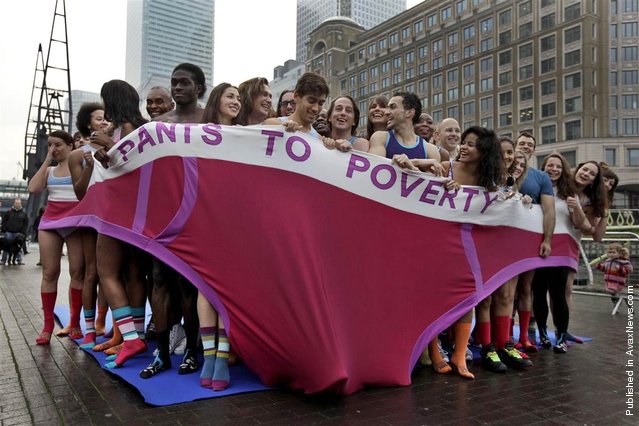 Participants in their underwear break a world record for the most number of people, 57, to fit into an oversized pair of underpants. They look like they're freezing standing in the Canary Wharf district of London, on November 17, 2011. (Photo by Matt Dunham/AP) 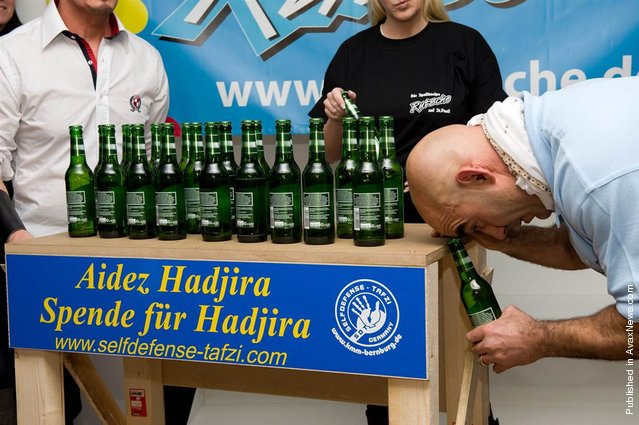 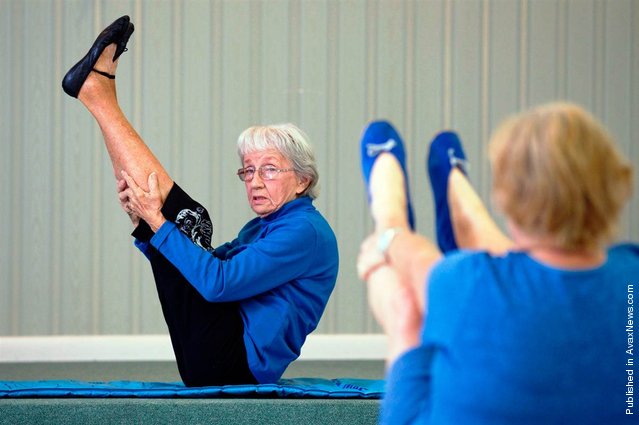 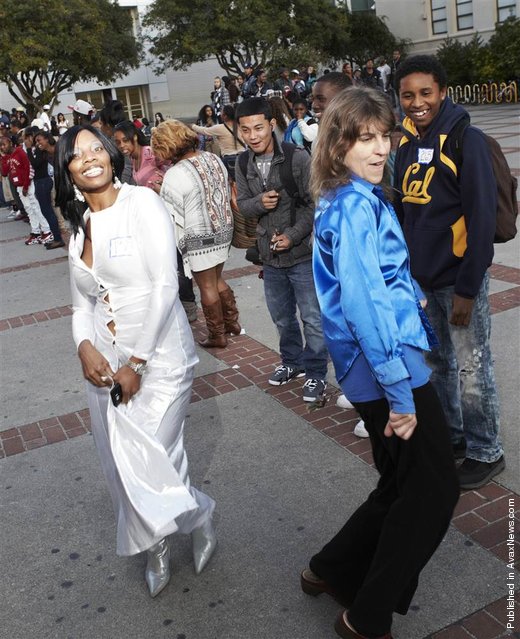 The largest Soul Train dance consisted of 211 Berkeley High School students, staff and alumni in Berkeley, California, who all shook their groove thing down a dance line. (Photo by RC Rivera/Guinness World Records) 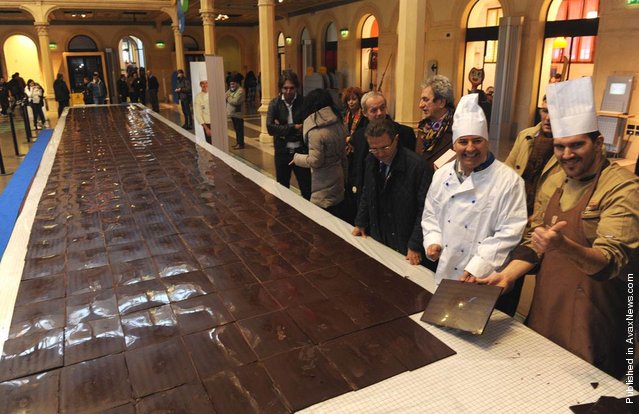 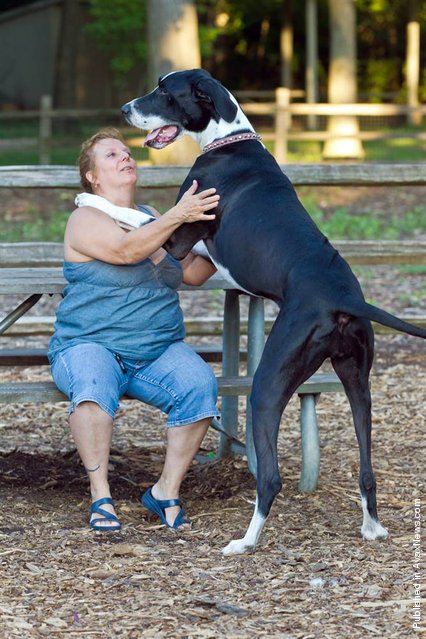 “Nova”, an Illinois Great Dane, reaches the record height of 2 feet, 11.51 inches tall when standing, and weighs in at 160 pounds. She is seen here with her owner, Ann Suplee. (Photo by Jeffery R. Werner/IncredibleFeatures.com) 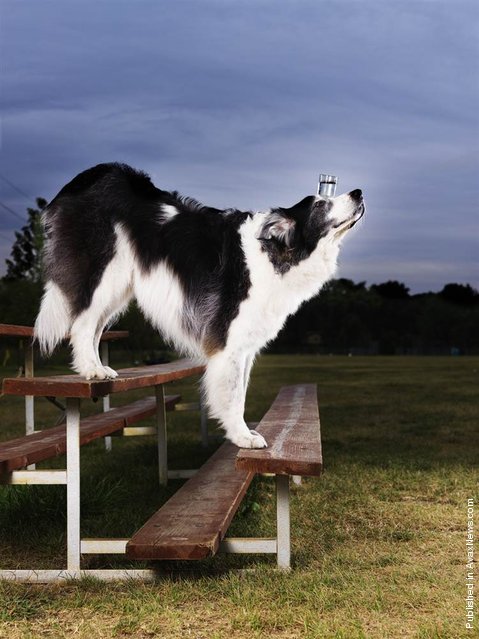 The most steps walked down by a dog facing forwards while balancing a 5 oz glass of water is 10, achieved by Sweet Pea, an Australian Shepherd/Border Collie owned by Alex Rothacker from the U.S., at the Sport und Schau Show, Verden, Germany, on January 5, 2008. (Photo by Ranald Mackechnie/Guinness World Records) 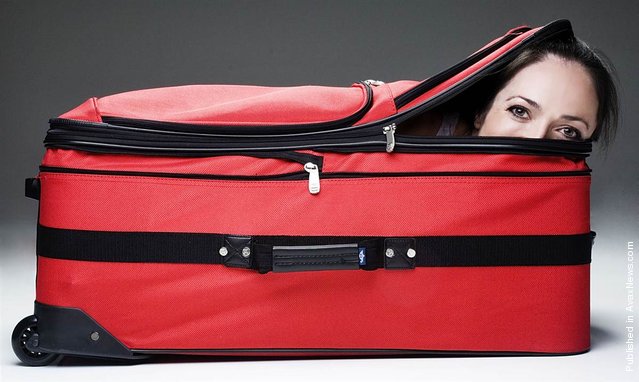 The fastest time to enter a zipped suitcase is 5.43 seconds achieved by Leslie Tipton on September 14, 2009 in New York on the “LIVE! with Regis & Kelly” show. (Photo by John Wright/Guinness World Records) 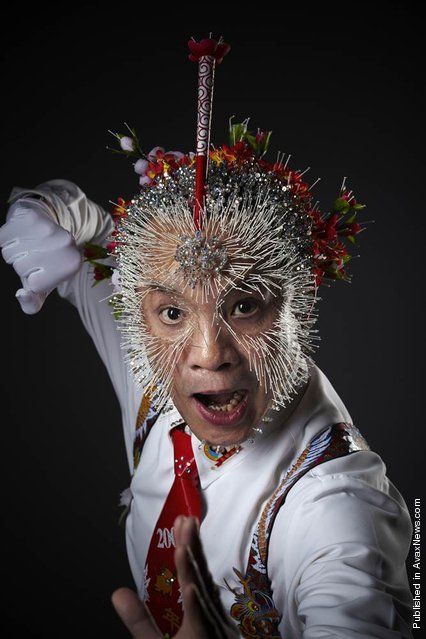 The most needles on the head is 2,009 and was achieved by Wei Shengchu of China on the set of “Lo Show dei Record”, in Milan, Italy, on April 11th, 2009. (Photo by Paul Michael Hughes/Guinness World Records) 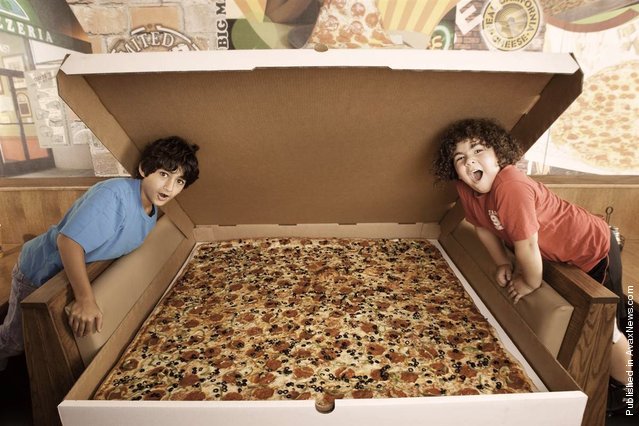 Available on the menu at Big Mama's and Papa's Pizzeria in Los Angeles, California, is an enormous four foot, six inch square pizza. Retailing at $199.99 plus tax, this mammoth meal can feed up to 100 people and can be ordered for delivery as long as you give the pizzeria 24 hours' notice. (Photo by Ryan Schude/Guinness World Records) 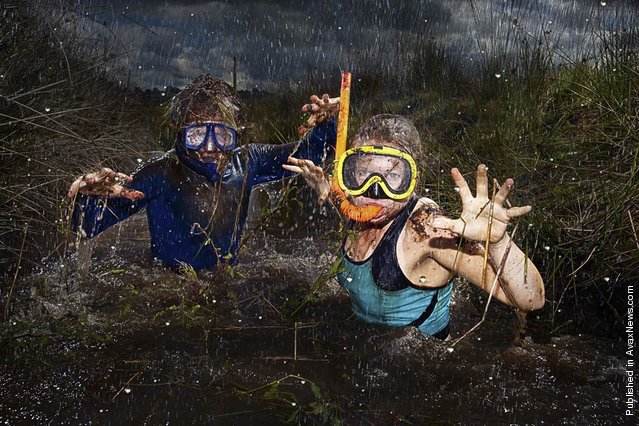