Wow “Devil's Pool”
“The Victoria Falls or Mosi-oa-Tunya is a waterfall located in southern Africa on the Zambezi River between the countries of Zambia and Zimbabwe. A famous feature is a naturally formed pool known as the Devil's Pool, near the edge of the falls, accessed via Livingstone Island in Zambia. When the river flow is at a certain level, usually during the months of September to December, a rock barrier forms a pool with little current; some people swim in the pool. Occasional deaths have been reported when people slip over the edge of the rock barrier”. – Wikipedia 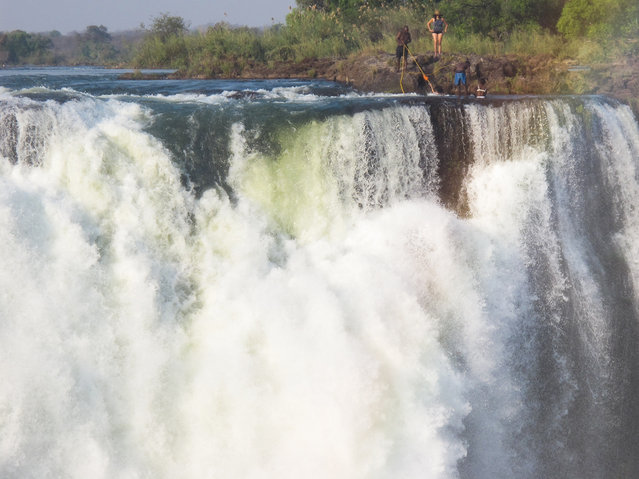 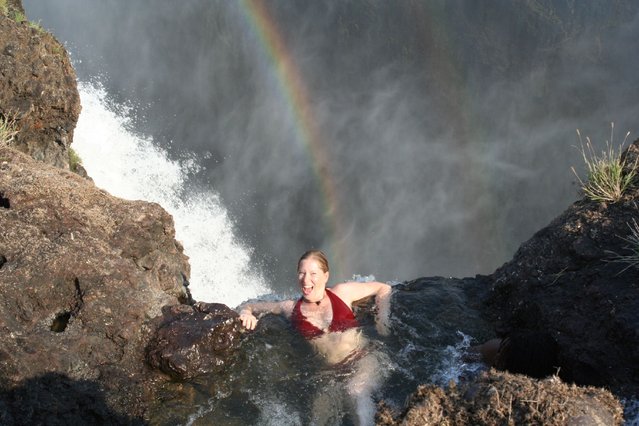 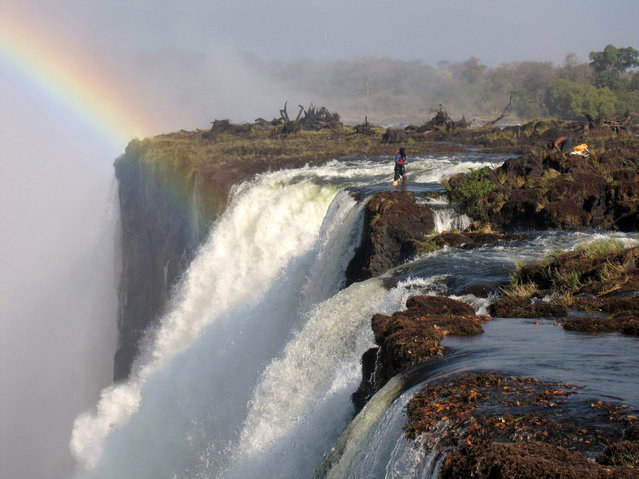 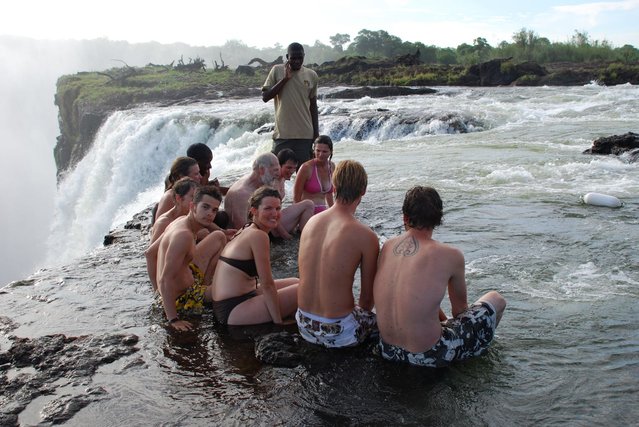 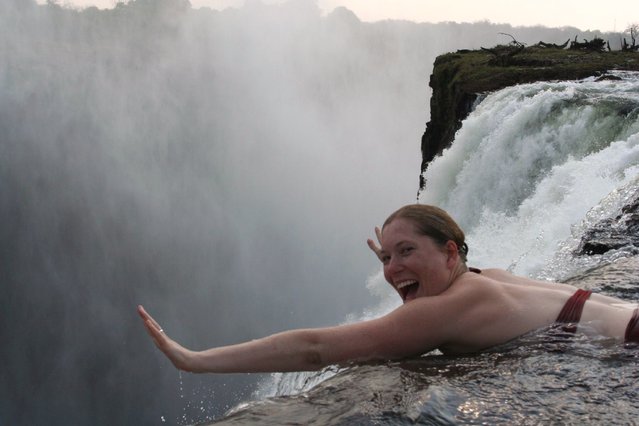 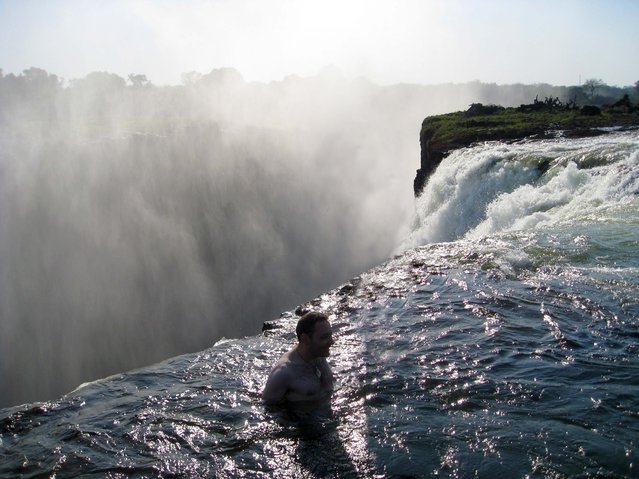 Me on the Edge of the Victoria Falls. (Photo by Jason Shallcross) 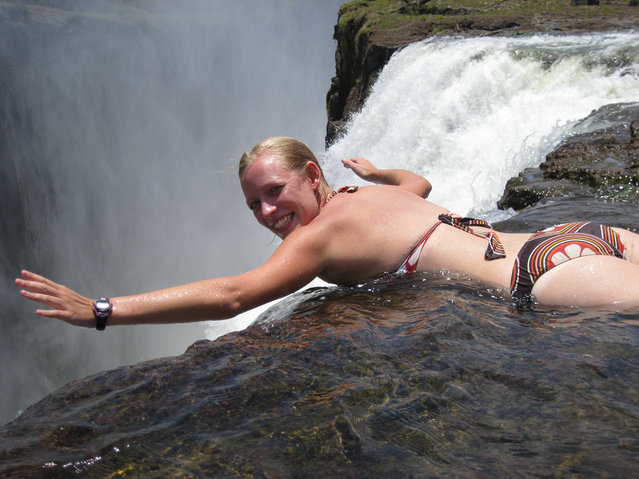 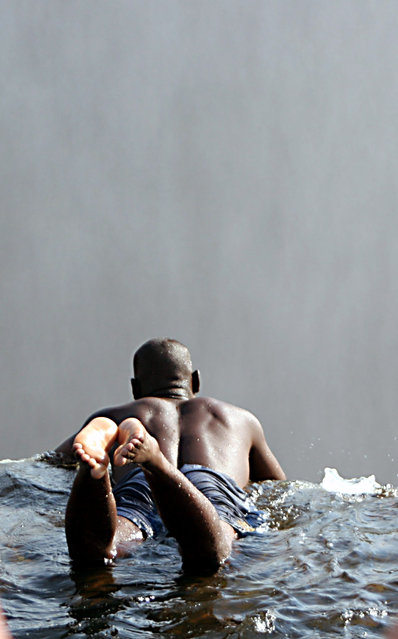 Over The Edge of the Falls. (Photo by Hobo Suze) 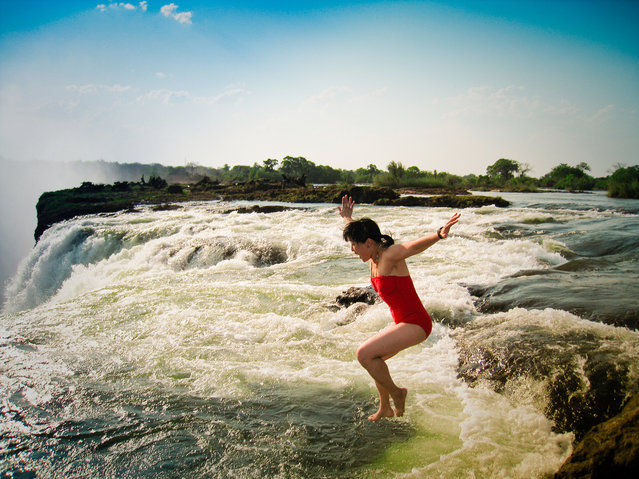 Devil's Pool. One of biggest islands on the crest of the Falls is Livingstone Island, where the explorer David Livingstone first saw the falls in Zambia (he was the one who named the falls after Queen Victoria). After our morning hike in Victoria Falls National Park on the Zimbabwe side, we crossed the border to the Zambia side to take a trip out to Livingstone Island and swim in the Devil's Pool, a pool formed by a natural rock outcropping at the very edge of the falls. It was freaking amazing! We had to give up an aerial view of the falls for this, but it was worth it. How often do you get to jump into a waterfall (well ok, a pool in a waterfall), and then hang out right at the edge of it? If you ever go during low water season to Vic Falls, I highly recommend doing this, as long as you are comfortable with swimming. (Photo by Mikomiao) 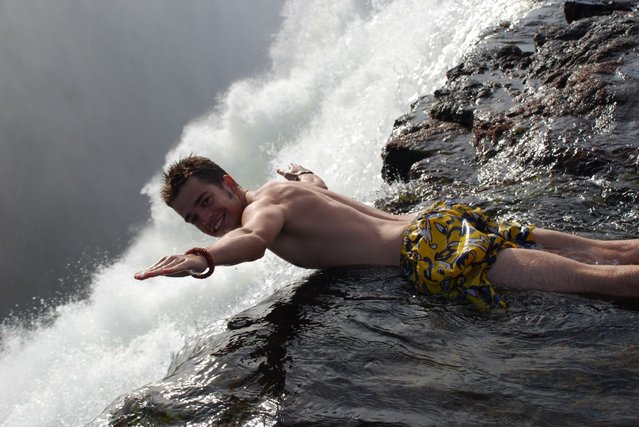 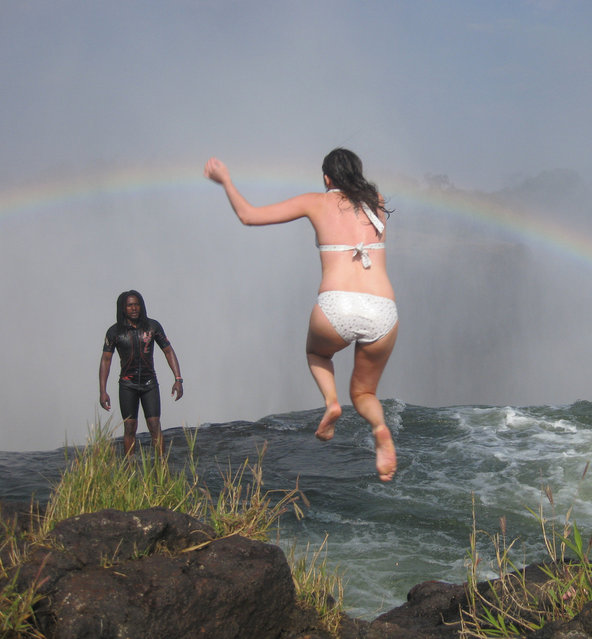 Me bombing into the Devil's Pool. (Photo by Jo Donaldson) 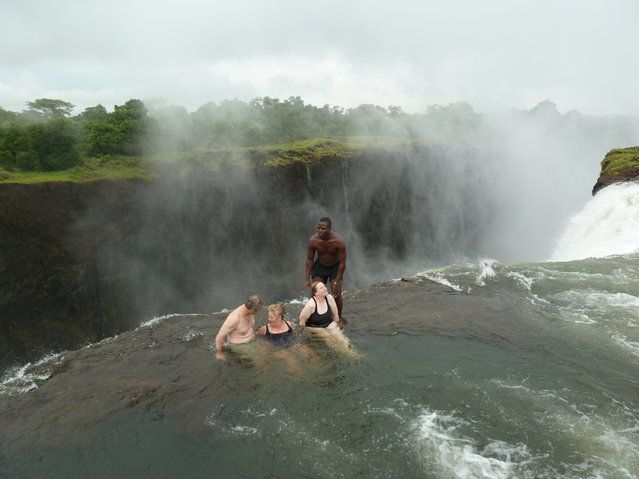 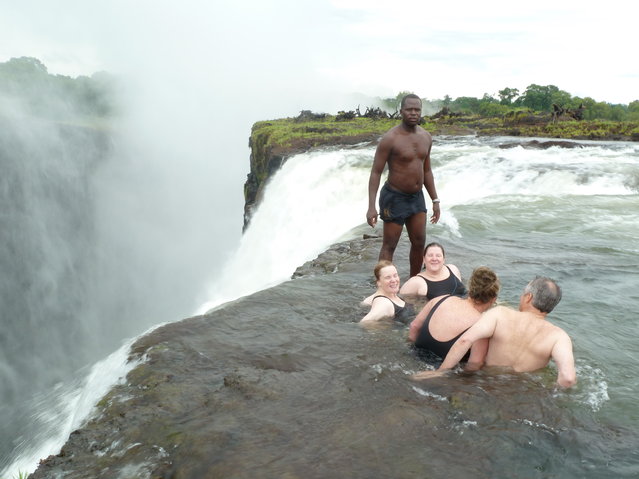 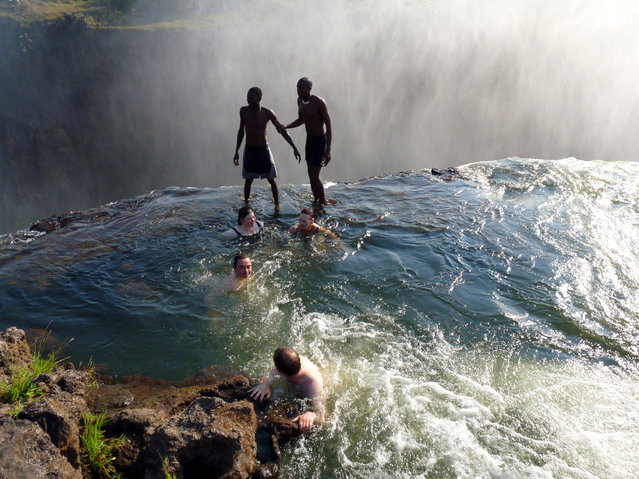 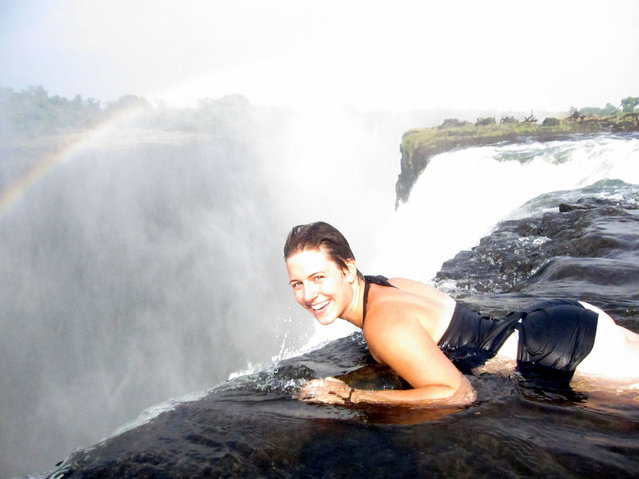 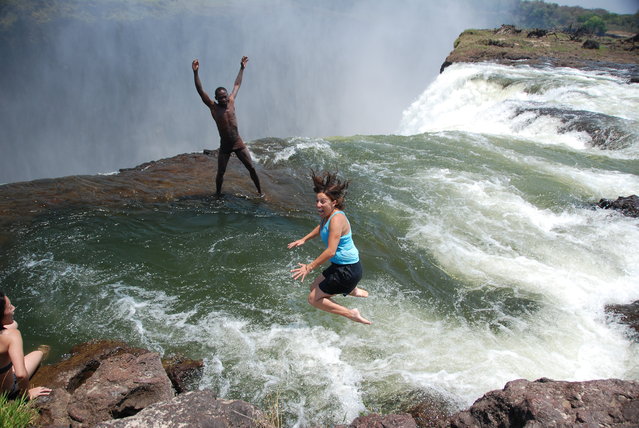