Maria Jose Cristerna is a mother of four, tattoo artist and former lawyer. 90 percent of Maria’s body is tattooed and modified with subcutaneous implants and therefor she is also called Vampire Woman. Her tattooed skin, body piercings and transformations make her look stunning, even to persons who are familiar with extreme body modifications. She is famous and a regular on television shows and events. 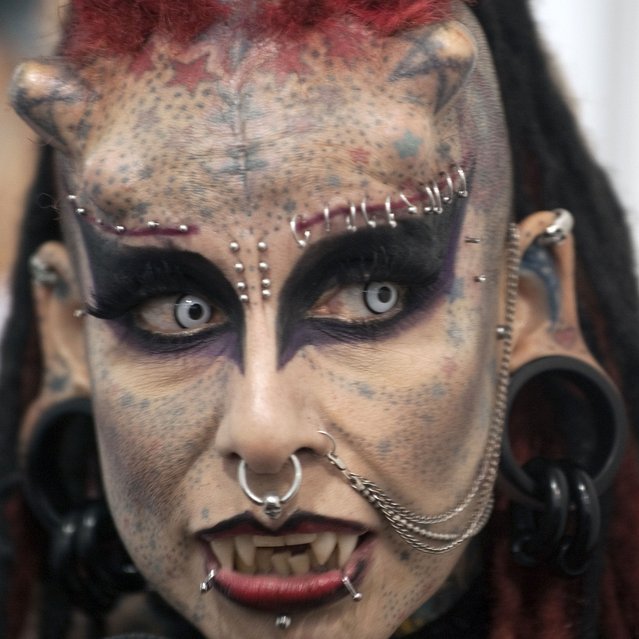 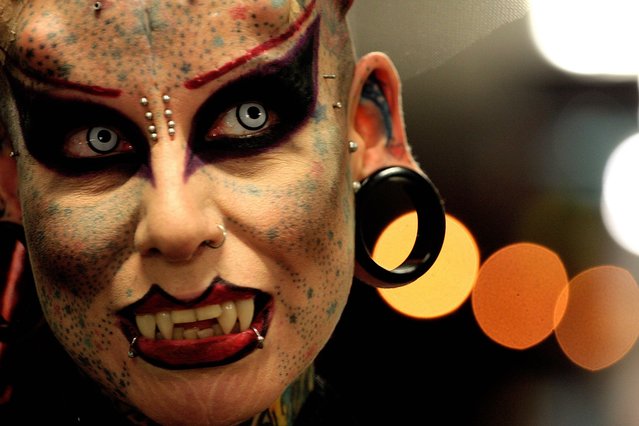 Mexican Maria Jose Cristerna, known as "Vampire Woman", poses for pictures during the opening ceremony of an exhibition of her paints in Guadalajara, on August 5, 2011. Cristerna recently showed off a new set of titanium horn implants, along with dental fangs and multiple facial piercings. 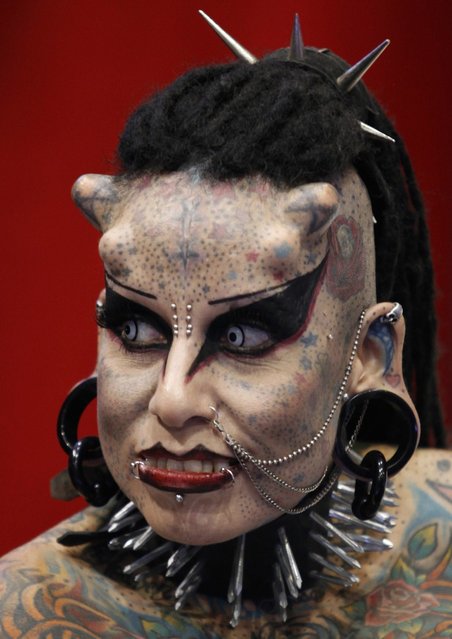 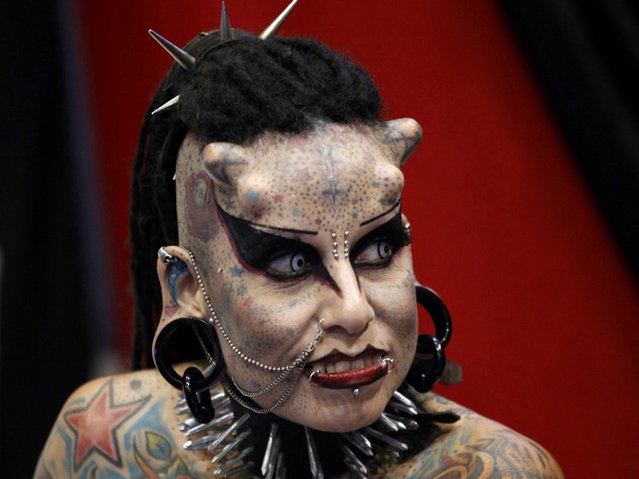 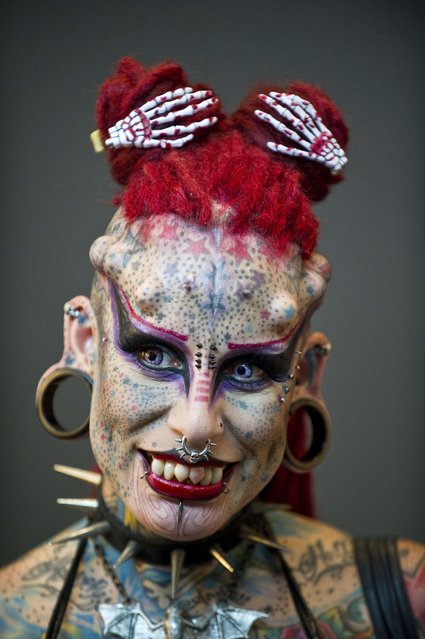 Mexican Maria Jose Cristerna, known as "Vampire Woman", Guinness World Record for being the woman with more changes in her body in America, poses for visitors and photographers, during the "Expo Tatoo Art Mex" convention at the World Trade Center in Mexico City 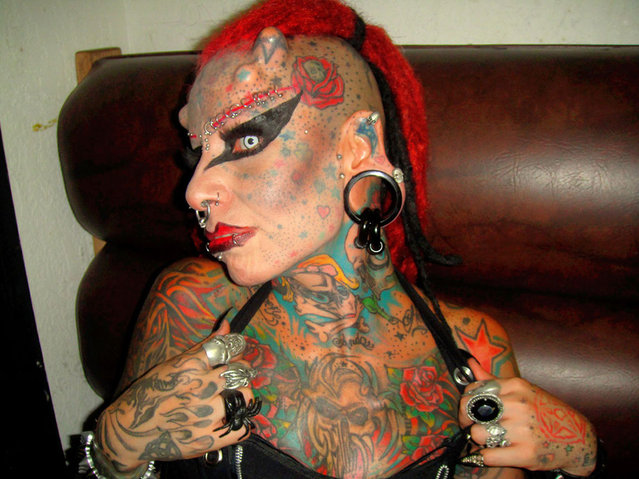 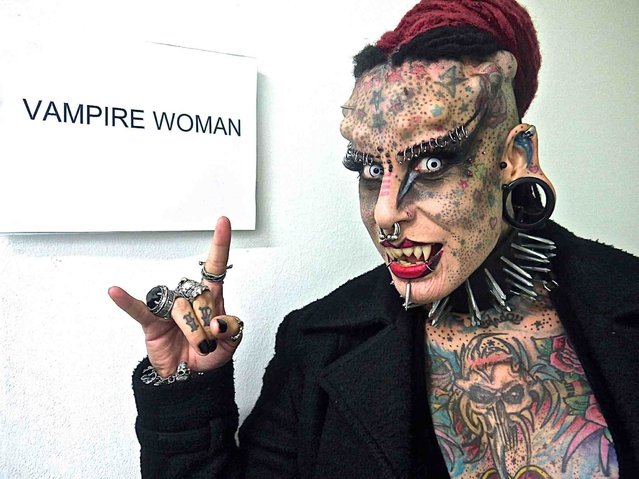 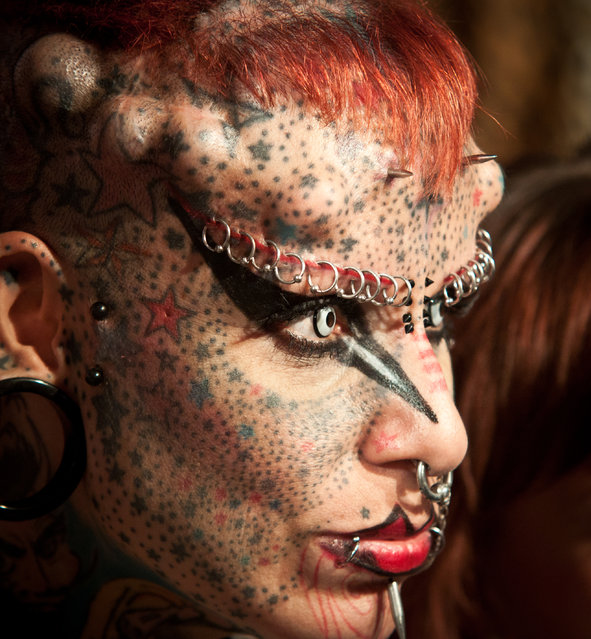 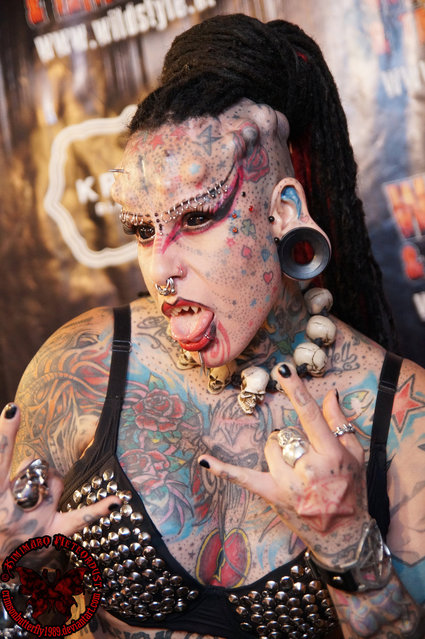 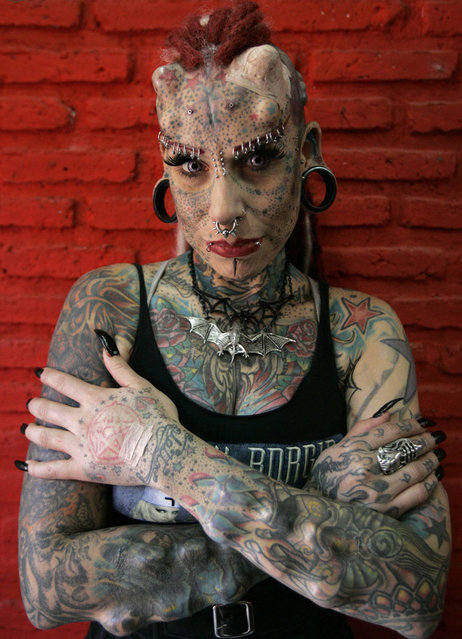 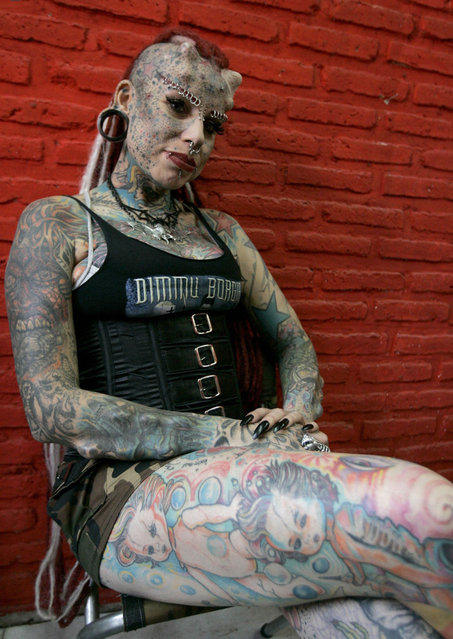 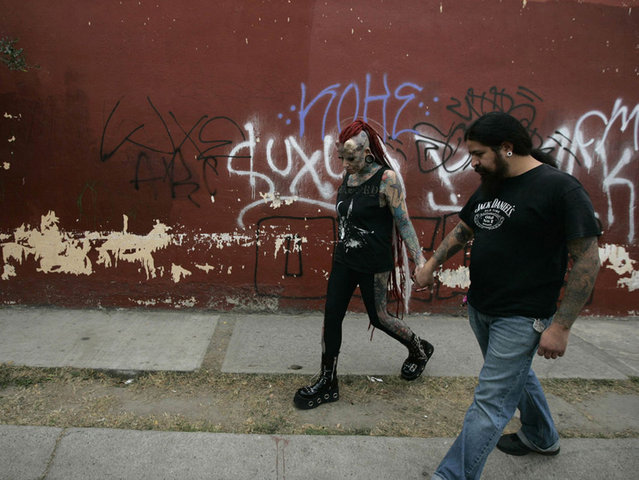 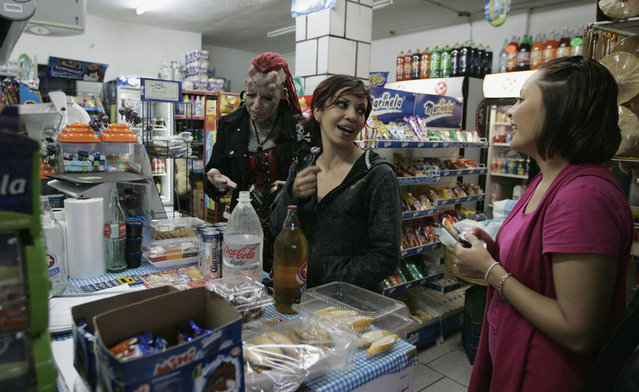 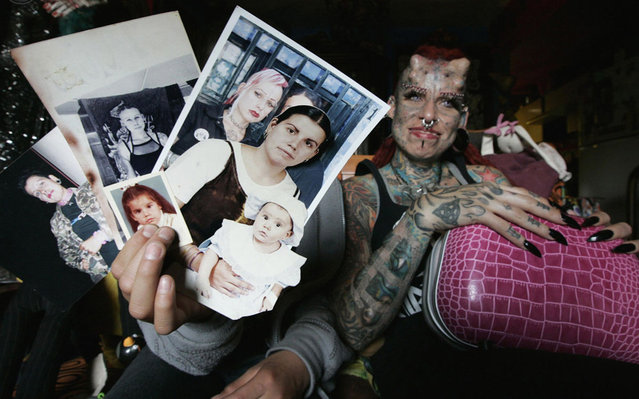 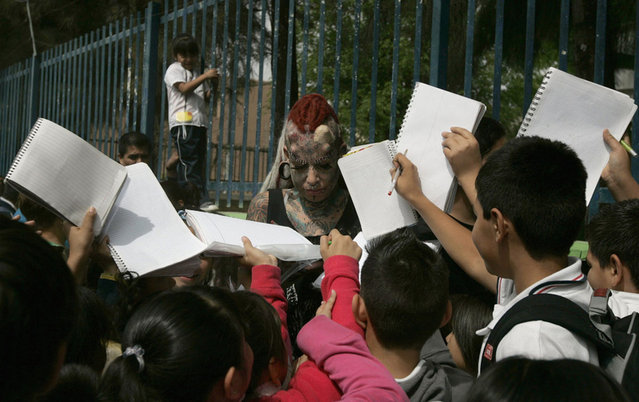 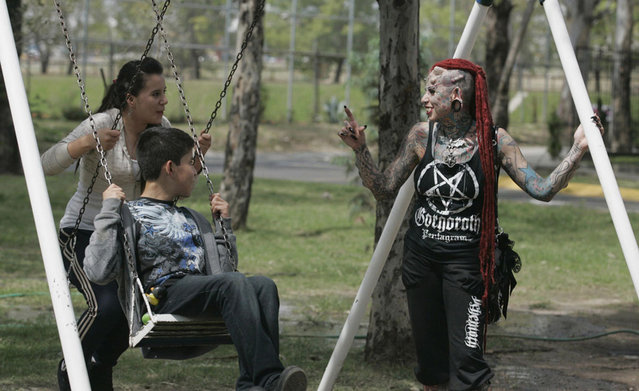