Educative A. A. Milne And Winnie-The-Pooh
“Alan Alexander “A. A.” Milne (18 January 1882 – 31 January 1956) was an English author. Milne is most famous for his two Pooh books about a boy named Christopher Robin after his son, and various characters inspired by his son's stuffed animals, most notably the bear named Winnie-the-Pooh. Christopher Robin Milne's stuffed bear, originally named “Edward”, was renamed “Winnie-the-Pooh” after a Canadian black bear named Winnie (after Winnipeg), which was used as a military mascot in World War I, and left to London Zoo during the war. “The pooh” comes from a swan called “Pooh”. E. H. Shepard illustrated the original Pooh books, using his own son's teddy, Growler (“a magnificent bear”), as the model. Christopher Robin Milne's own toys are now under glass in New York.

Winnie-the-Pooh was published in 1926, followed by The House at Pooh Corner in 1928. A second collection of nursery rhymes, Now We Are Six, was published in 1927. All three books were illustrated by E. H. Shepard. Milne also published four plays in this period. He also “gallantly stepped forward” to contribute a quarter of the costs of dramatising P. G. Wodehouse's A Damsel in Distress. His book The World of Pooh won the Lewis Carroll Shelf Award in 1958”. – Wikipedia 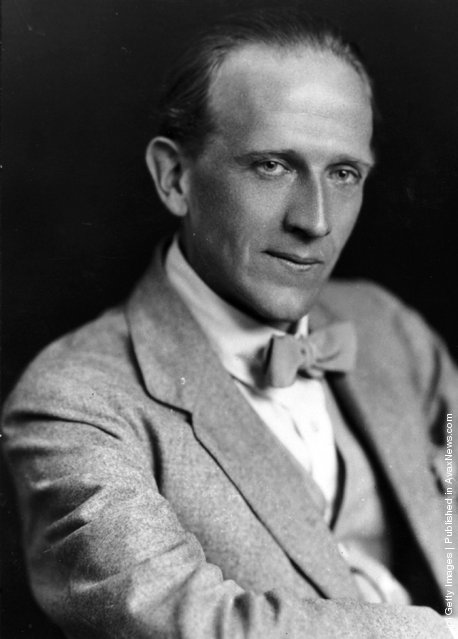 Alan Alexander Milne, author of the famous “Winnie the Pooh” books for children. (Photo by Hulton Archive/Getty Images). Circa 1920 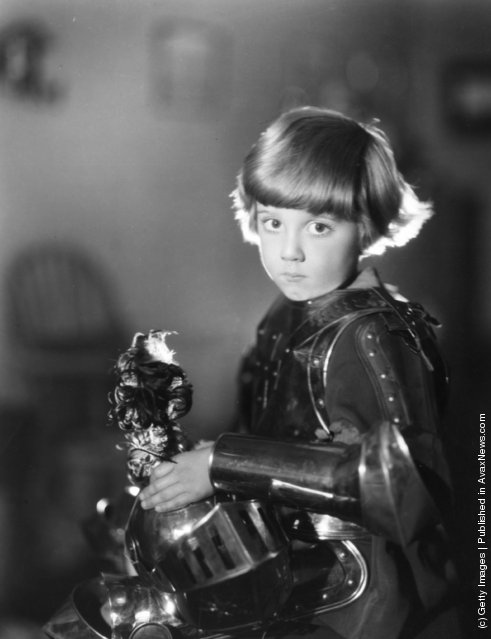 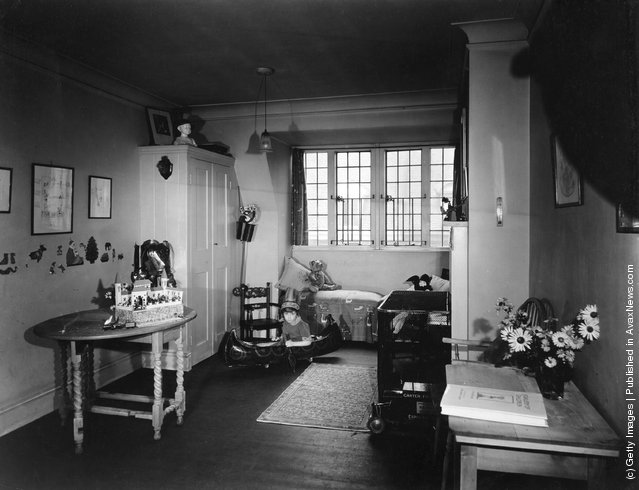 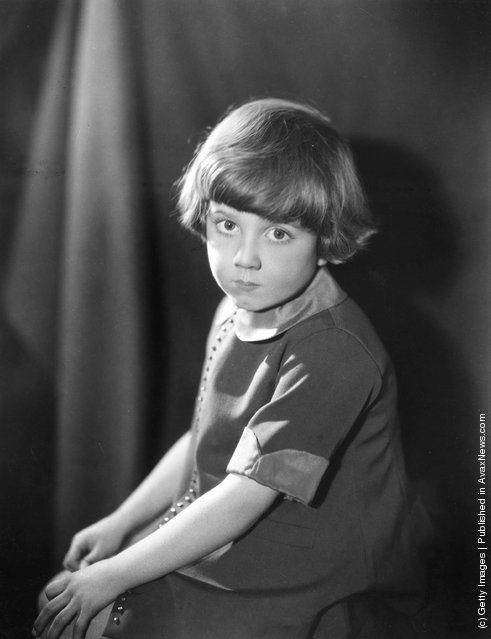 Christopher Robin Milne, immortalized with his toy bear Winnie-the-Pooh in his father A A Milne's children's classics. (Photo by Sasha/Getty Images). Circa 1925 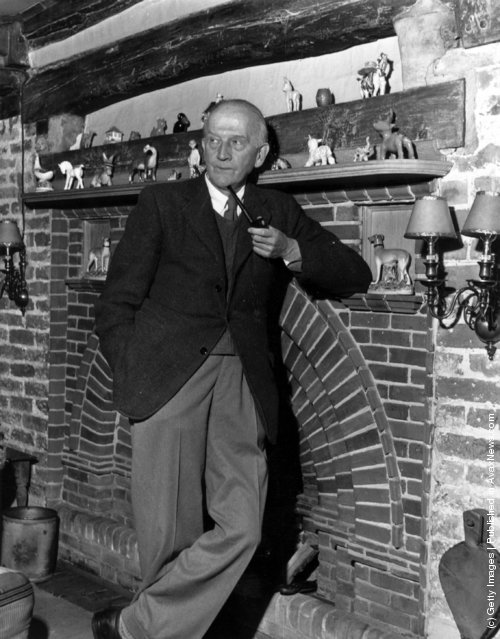 Alan Alexander Milne. He went to Westminster school and then on to Trinity College in Cambridge. (Photo by Keystone/Getty Images). 1948 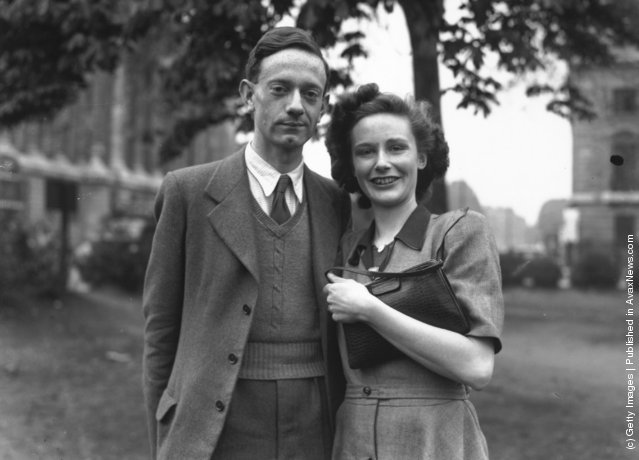 Christopher Robin Milne, immortalized with his toy bear Winnie-the-Pooh in his father A A Milne's children's classics, and his fiancee Lesley de Selincourt. (Photo by J. Wilds/Keystone/Getty Images). 21st April 1948 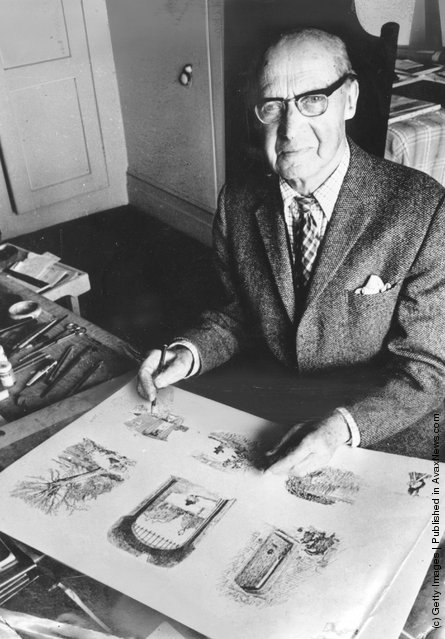 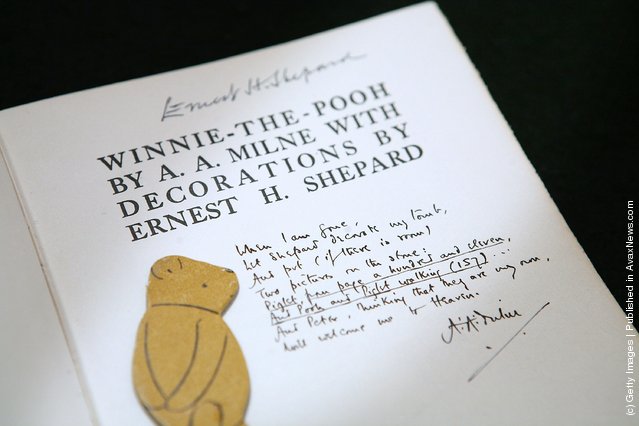 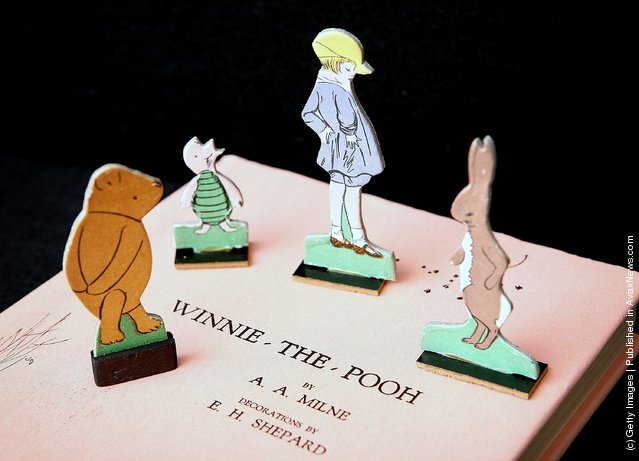 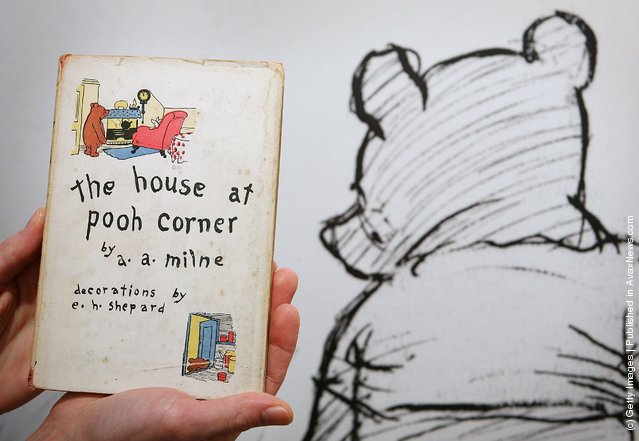 A rare American first edition of a Winnie-the-Pooh book signed by the author A.A. Milne and illustrator E. H. Shephard is displayed with Pooh characters form a 1930's game at a press preview at Sotheby's Auctioneers on December 15, 2008 in London. (Photo by Peter Macdiarmid/Getty Images) 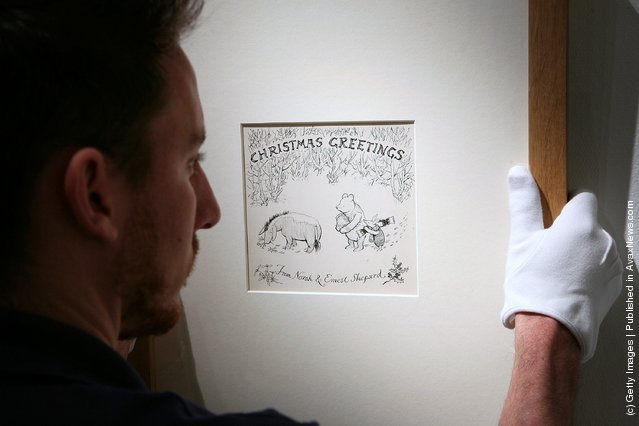 An original Christmas Card drawing by Winnie-the-Pooh illustrator E. H. Shephard is displayed at a press preview at Sotheby's Auctioneers on December 15, 2008 in London. (Photo by Peter Macdiarmid/Getty Images) 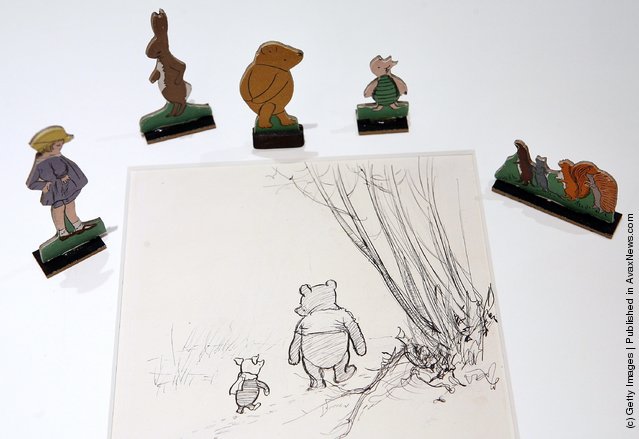 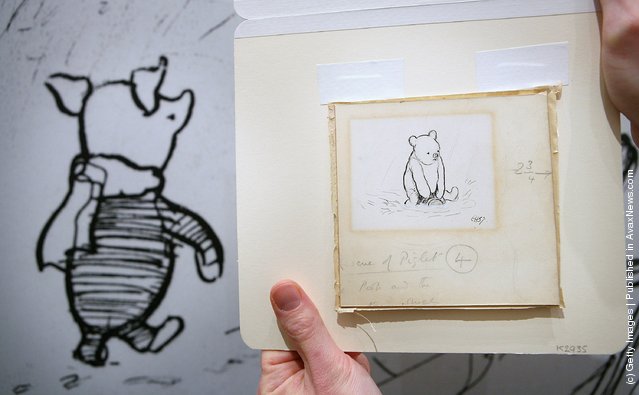 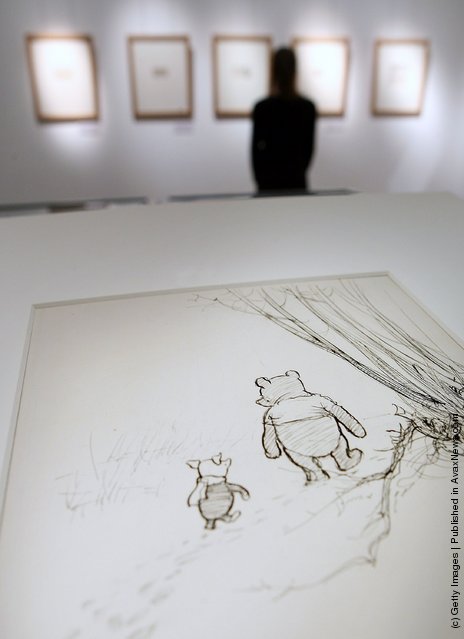 An original E. H. Shephard drawing entitled “He went on tracking, and Piglet... ran after him”, for a Winnie-the-Pooh book is displayed at a press preview at Sotheby's Auctioneers on December 15, 2008 in London. This drawing is estimated at ВЈ40,000-60,000. (Photo by Peter Macdiarmid/Getty Images)
Edit Del
28 Aug 2011 13:34:00, post received 0 comments
Publication archive:
←   →
Popular tags:
All tags
Last searches: