The Potala Palace in Lhasa, Tibet Autonomous Region, China, was the chief residence of the Dalai Lama until the 14th Dalai Lama fled to India during the 1959 Tibetan uprising. It is now a museum and UNESCO World Heritage Site. 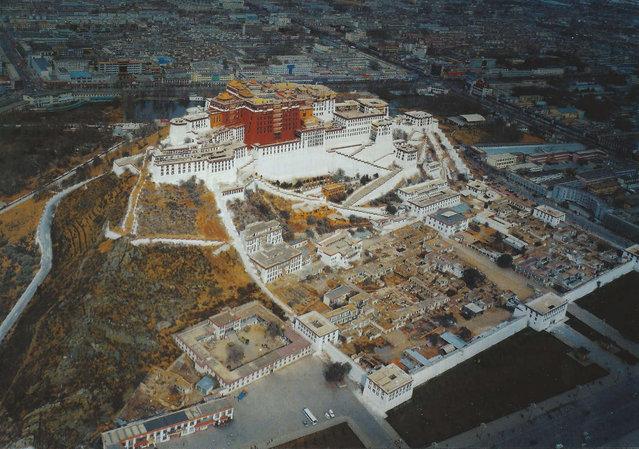 The palace is named after Mount Potalaka, the mythical abode of Chenresig or Avalokitesvara. Lozang Gyatso, the Great Fifth Dalai Lama, started its construction in 1645 after one of his spiritual advisers, Konchog Chophel (died 1646), pointed out that the site was ideal as a seat of government, situated as it is between Drepung and Sera monasteries and the old city of Lhasa. It may overlay the remains of an earlier fortress, called the White or Red Palace, on the site built by Songtsen Gampo in 637. 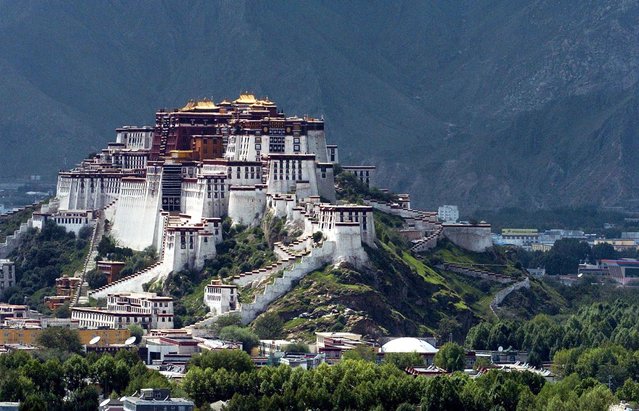 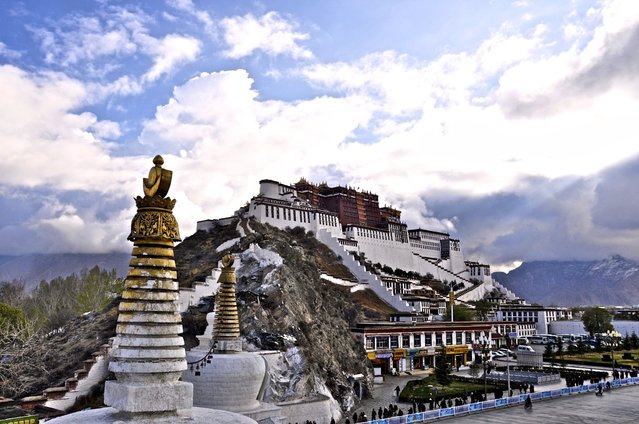 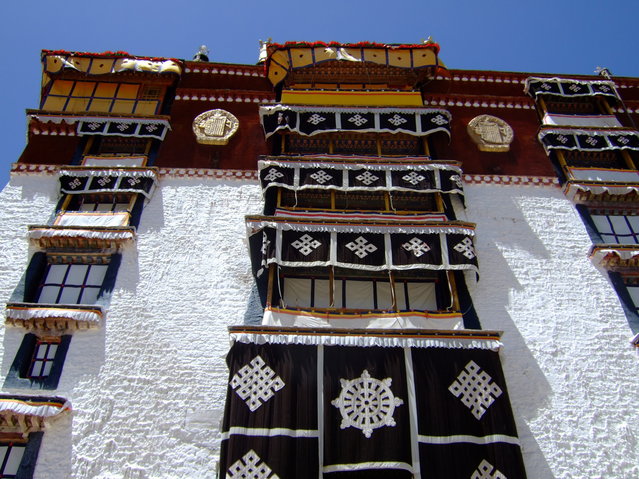 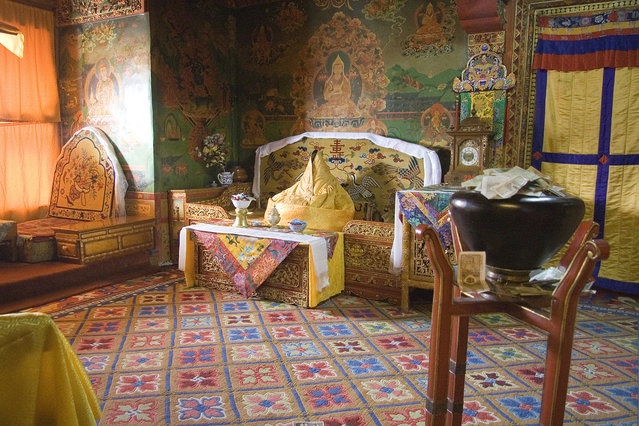 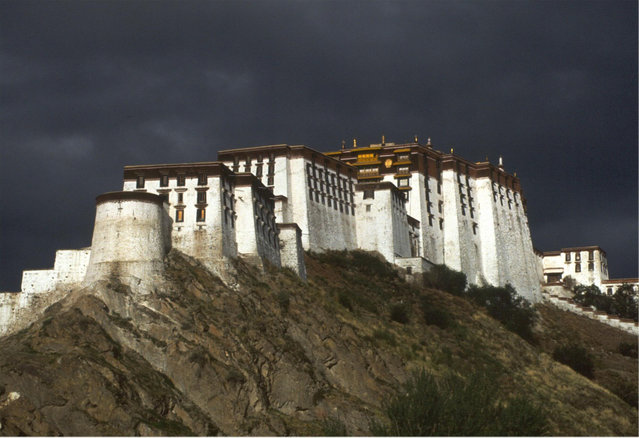 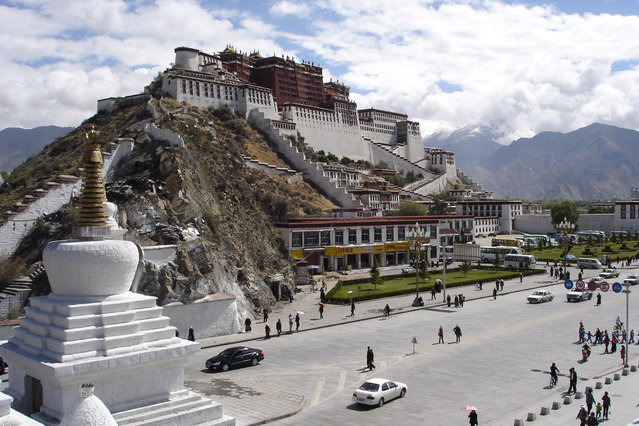 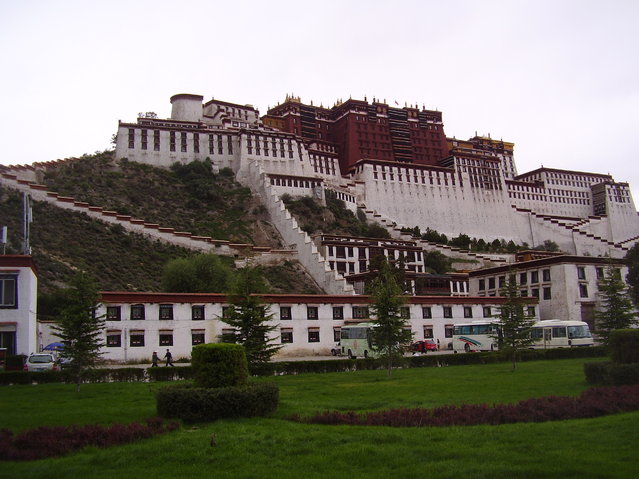 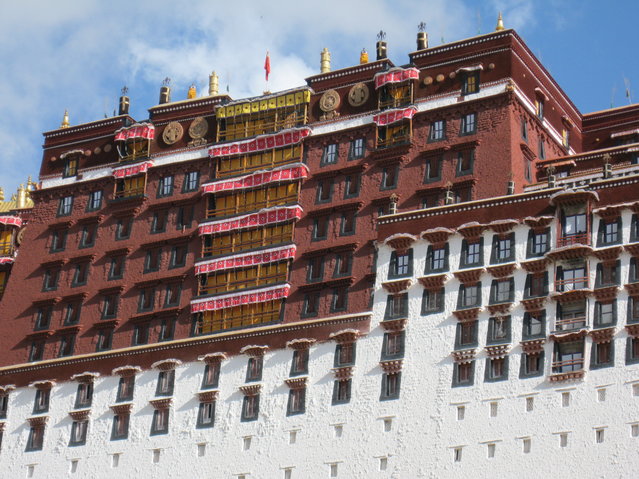 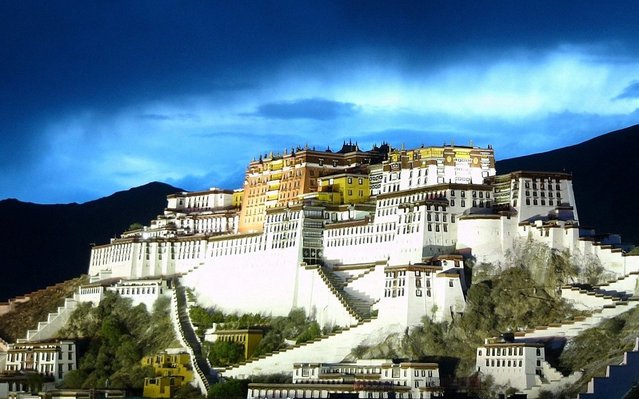 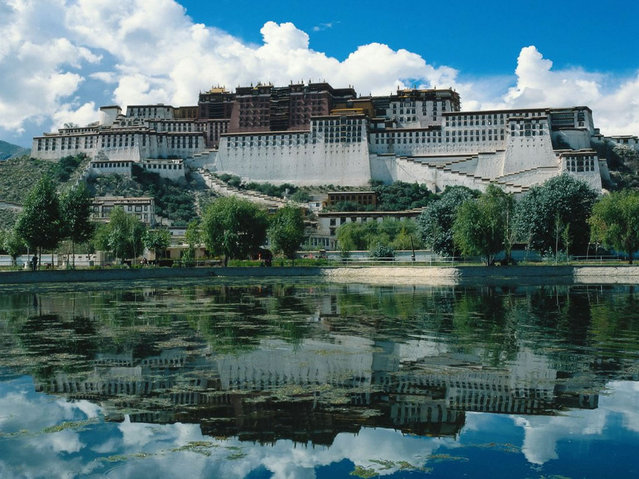 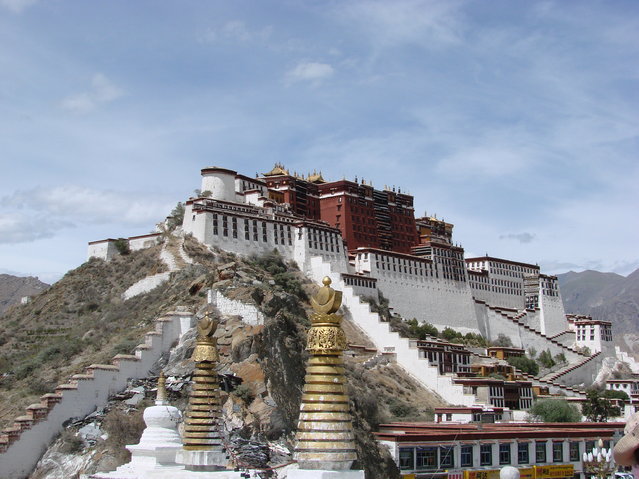 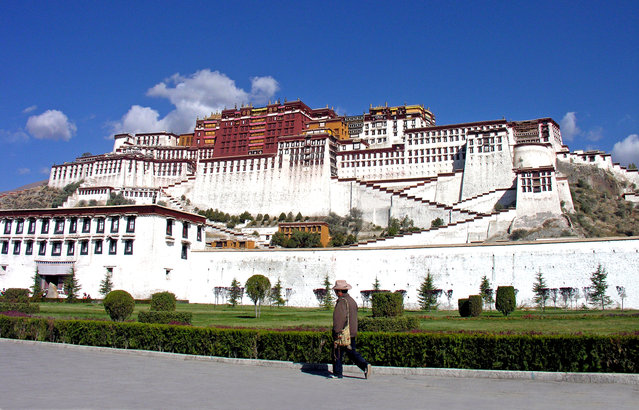 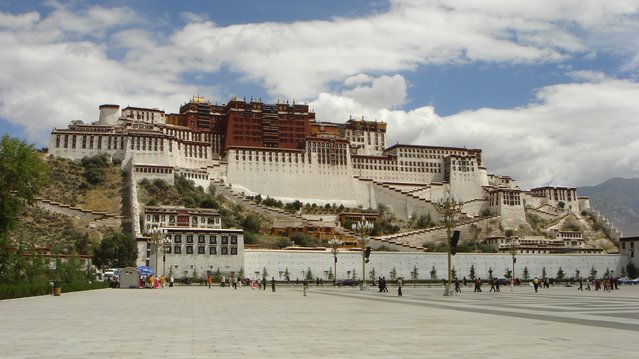 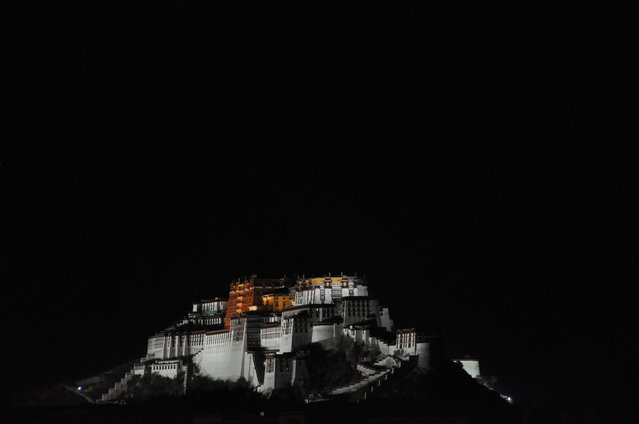 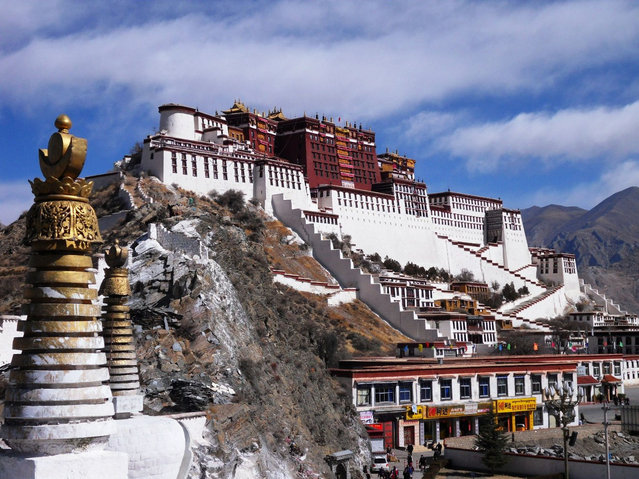