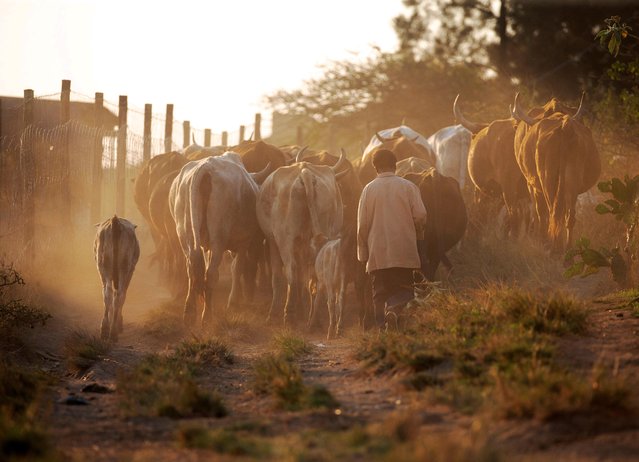 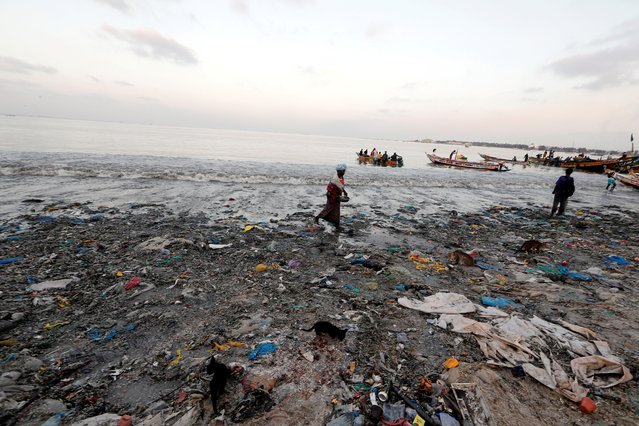 A woman is pictured at a fishermen port on the outskirts of Dakar, Senegal on July 26, 2019. (Photo by Zohra Bensemra/Reuters) 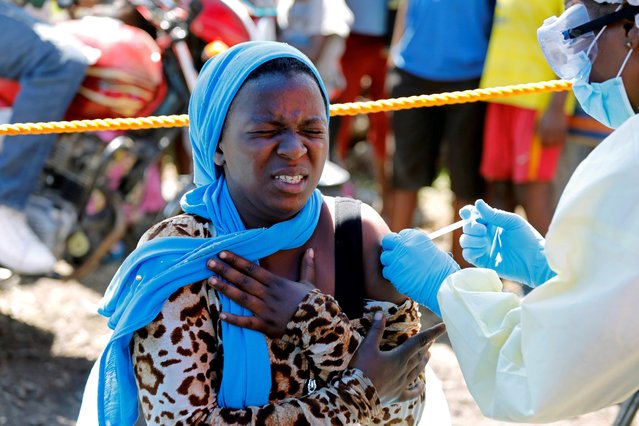 A young woman reacts as a health worker injects her with the Ebola vaccine, in Goma, Democratic Republic of Congo, August 5, 2019. Congolese authorities are racing to contain the epidemic after a gold miner with a large family spread Ebola in the east's main city of Goma. (Photo by Baz Ratner/Reuters) 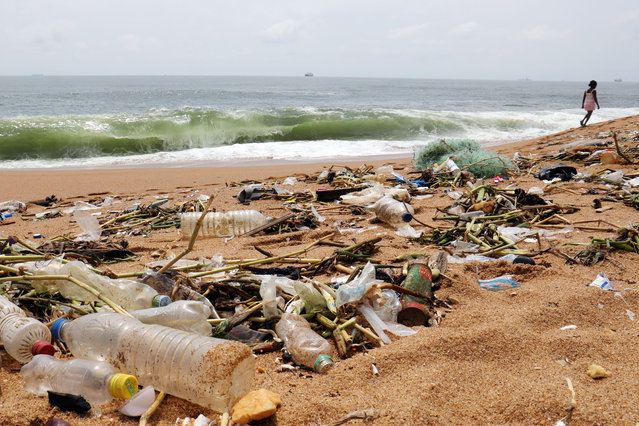 Plastic items and other debris are seen on Vridi beach in Abidjan, Ivory Coast on November 21, 2018. (Photo by Thierry Gouegnon/Reuters) 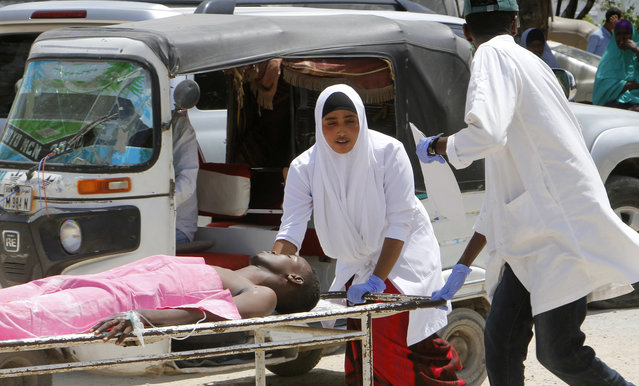 Medical workers help a man who was wounded in a car bomb attack, at Medina hospital, in Mogadishu, Somalia, Monday, July 22, 2019. A Somali police officer says a car bomb in the Somali capital has killed at least 10 people. Capt. Mohamed Hussein said at least 15 others were injured when the car bomb parked near a busy security checkpoint on the city's airport was detonated by remote control. (Photo by Farah Abdi Warsameh/AP Photo) 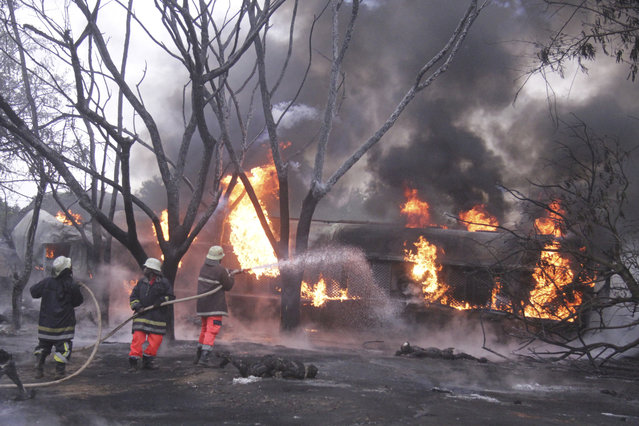 Fire fighters try to extinguish a Patrol Tanker blaze, Saturday, August 10 2019, in Morogoro, Tanzania. A damaged tanker truck exploded in eastern Tanzania Saturday as people were trying to siphon fuel out of it, killing at least 62, in one of the worst incidents of its kind in the East African country. (Photo by AP Photo) 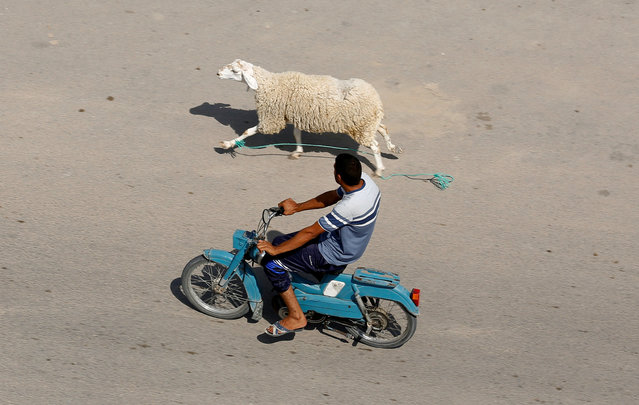 A man rides a motorcycle as he chases down a sheep that has run away in Mdhilla, southwestern Tunisia on August 11, 2018. (Photo by Zoubeir Souissi/Reuters) 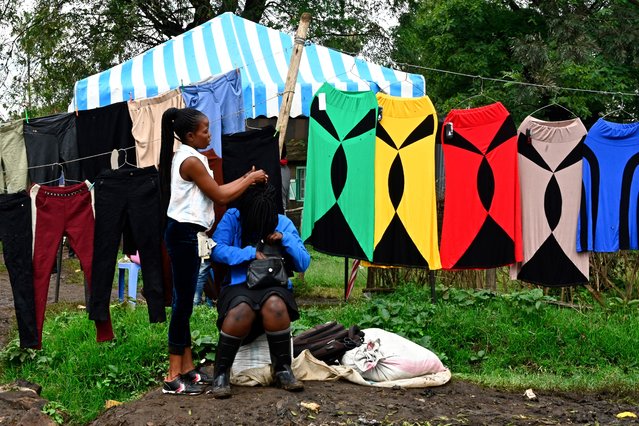 A woman plaits her friend's hair as they sell second-hand clothes in Nairobi's Makadara district, Kenya on June 06, 2019. (Photo by Simon Maina/AFP Photo) 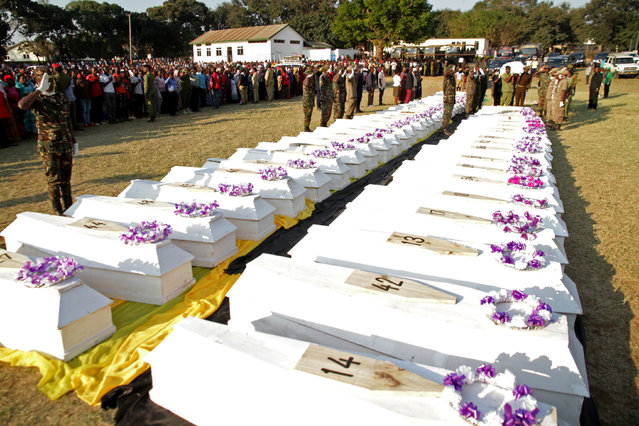 Members of military prepare to bury the bodies of people killed after a fuel tanker exploded killing a crowd of people collecting liquid from puddles in jerry cans in Morogoro, eastern Tanzania on August 11, 2019. (Photo by Emmanuel Herman/Reuters) 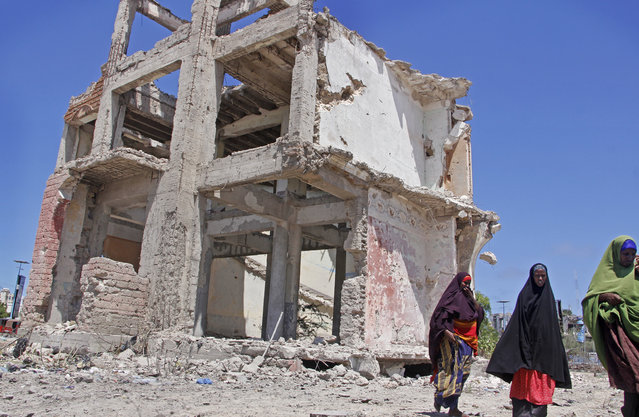 Somali women walk past a destroyed building after a suicide car bomb attack in the capital Mogadishu, Somalia Wednesday, May 22, 2019. A police spokesman said the attack killed at least six people and injured more than a dozen, while Islamic extremist group al-Shabab claimed responsibility for the blast, saying it targeted vehicles carrying government officials. (Photo by Farah Abdi Warsameh/AP Photo) 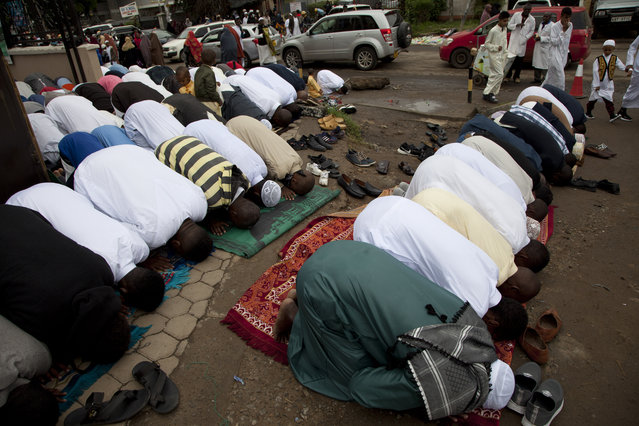 Kenyan Muslims pray outside Masjid As Salaam during the Eid al-Fitr prayers in Nairobi, Kenya, Tuesday, June 4, 2019. Muslims around the world celebrate the end of the holy month of Ramadan. (Photo by Sayyid Abdul Azim/AP Photo) 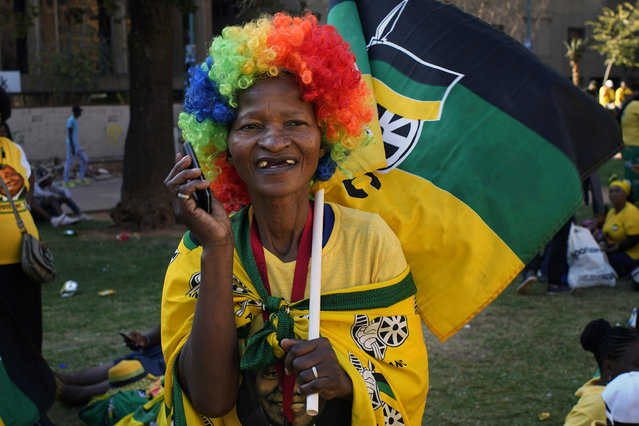 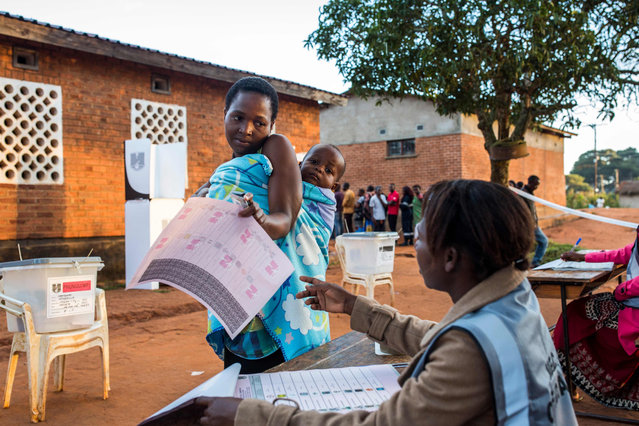 A woman receives a ballot paper at Masasa Primary School polling station in Mzuzu on May 21, 2019. (Photo by Patrick Meinhardt/AFP) 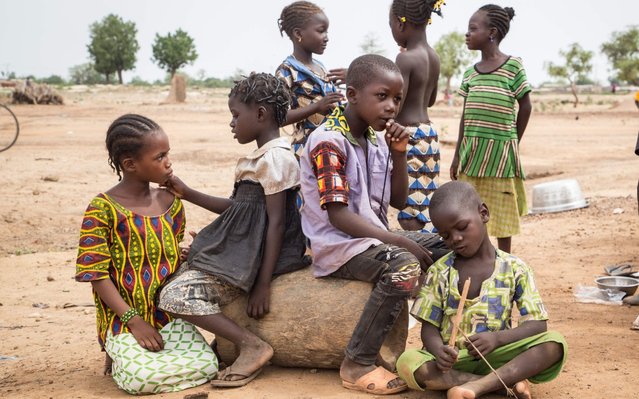 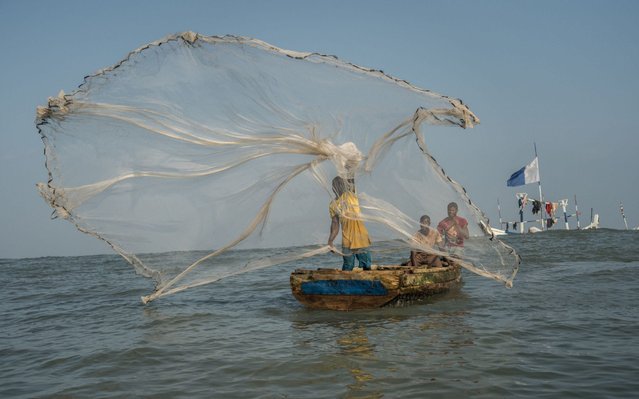 A fisherman casts his net in the waters of the Gulf of Guinea, outside Jamestown, the oldest fishing community in Accra on July 21, 2019. The fishing sector is crucially important to this West African nation. It provides support for more than two million people, up to 10 percent of the population, and the produce it generates accounts for about 60 percent of the protein in the diet of Ghanaians. But the figures are startling. United Nations data shows that production fell from almost 420,000 tonnes in 1999 to 202,000 tonnes in 2014. (Photo by Natalija Gormalova/AFP Photo) 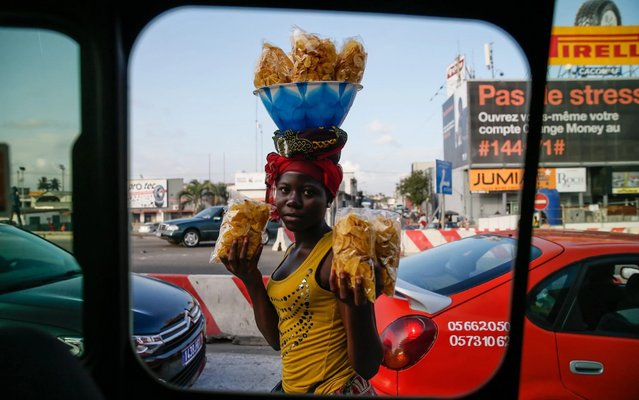