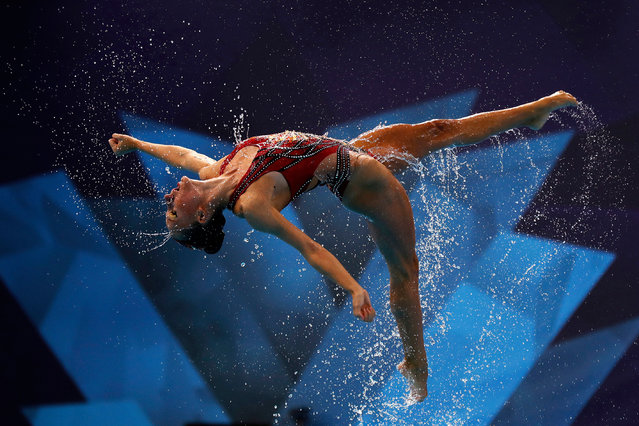 Team Israel competes in the synchronised swimming at the 2018 European Aquatics Championships in Glasgow on 4 August 2018. (Photo by Stefan Wermuth/Reuters) 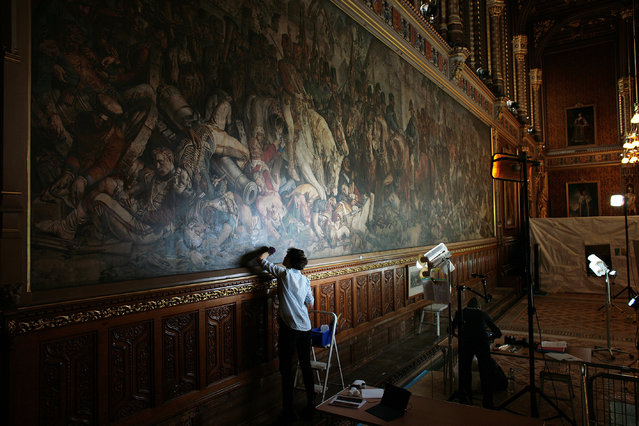 Conservators working on Daniel Maclise’s murals The Meeting of Wellington and Blücher after the Battle of Waterloo and The Death of Nelson, in the Royal Gallery of the House of Lords on 19 April 2018. (Photo by Martin Godwin/The Guardian) 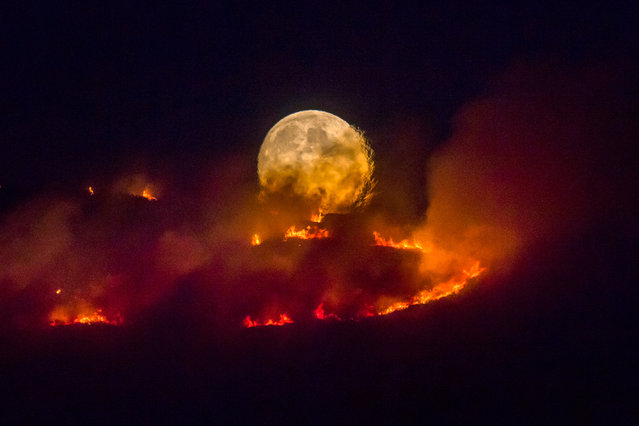 A full moon rises behind burning moorland as a large wildfire sweeps across the moors between Dovestone and Buckton Vale in Stalybridge, Greater Manchester on 26 June 2018. (Photo by Anthony Devlin/Getty Images) 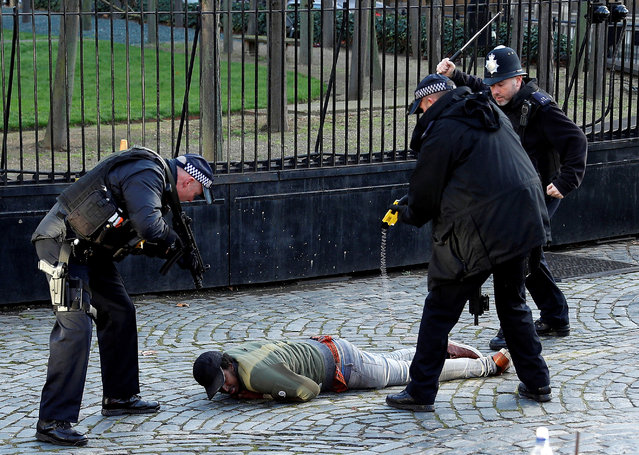 Armed police Taser a man inside the grounds of the Houses of Parliament on 11 December 2018. (Photo by Peter Nicholls/Reuters) 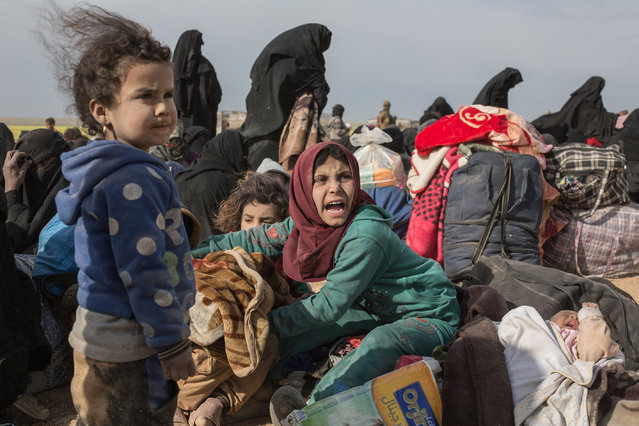 Civilians fleeing from Islamic State’s last remaining territory in Syria after two days of heavy fighting wait to be taken to an internment camp on 5 March 2019. (Photo by Sam Tarling/Daily Telegraph) 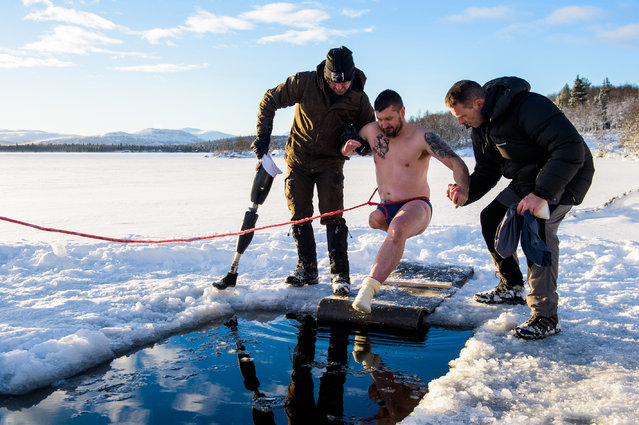 Baz Barratt enters an ice hole during a respite holiday in Norway organised by the Royal Marines Club on 4 December 2018. He lost his leg and suffered severe damage to his hands in an IED explosion in Afghanistan in 2008. (Photo by Anthony Upton/PA Wire) 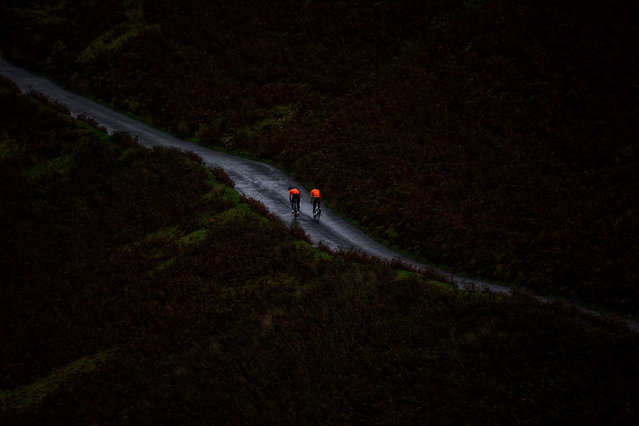 Two cyclists in the Lake District on 7 October 2017. (Photo by Rupert Hartley/Rex Features/Shutterstock) 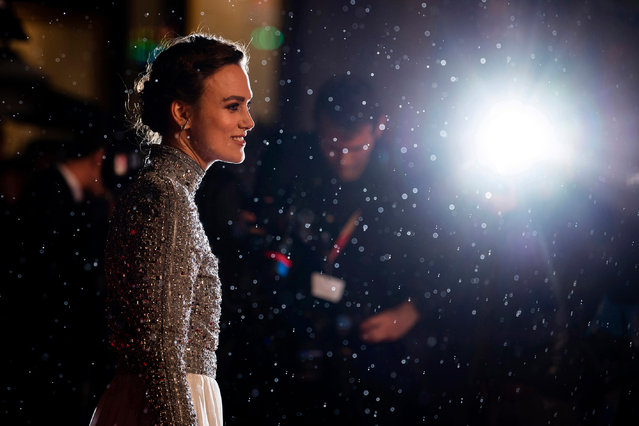 Keira Knightley arrives at the premiere of Colette at the BFI London film festival on 11 October 2018. (Photo by Will Oliver/EPA) 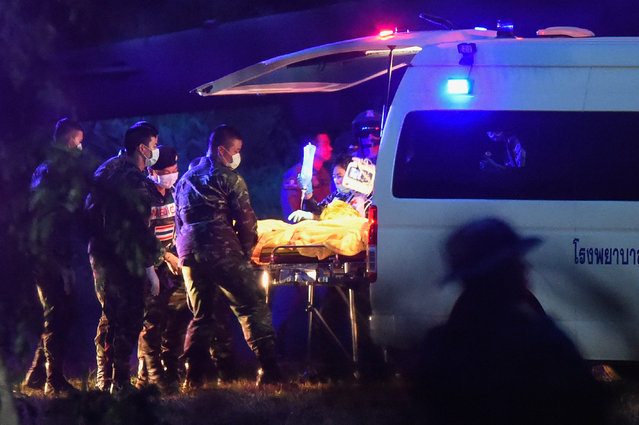 One of the 12 schoolboys rescued from the Tham Luang cave in Thailand, along with their football coach, on 9 July 2018. (Photo by Peter Summers/Getty Images) 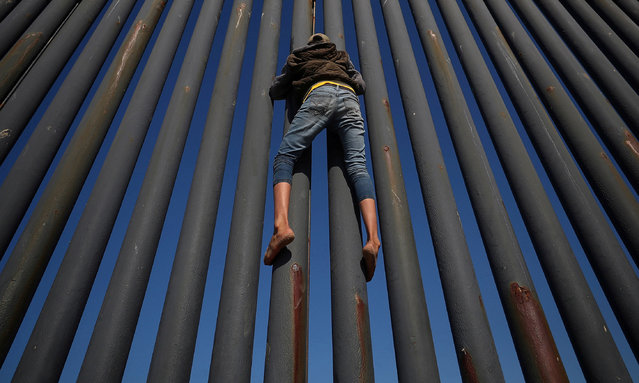 A migrant, part of a caravan of thousands from Central America, climbs the border fence between Mexico and the US in Tijuana on 18 November 2018. (Photo by Hannah McKay/Reuters) 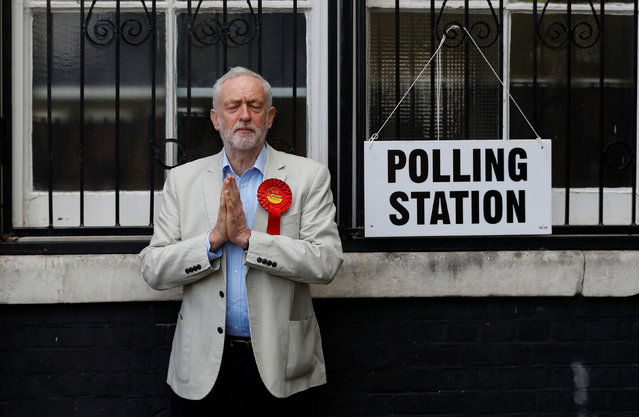 Jeremy Corbyn gestures after voting in local government elections in London on 3 May 2018. (Photo by Peter Nicholls/Reuters) 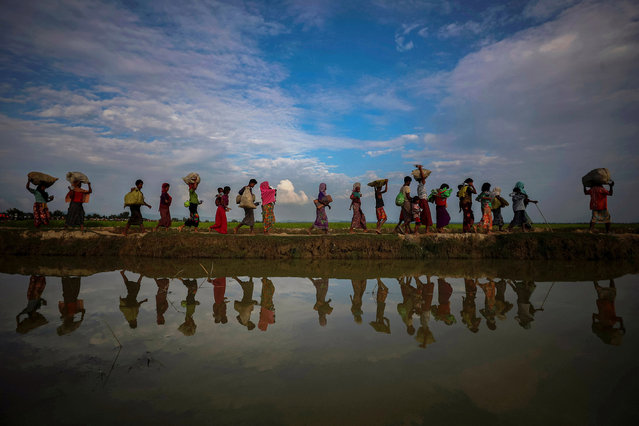 Rohingya refugees along an embankment next to paddy fields after fleeing from Myanmar into Bangladesh on 2 November 2017. (Photo by Hannah McKay/Reuters) 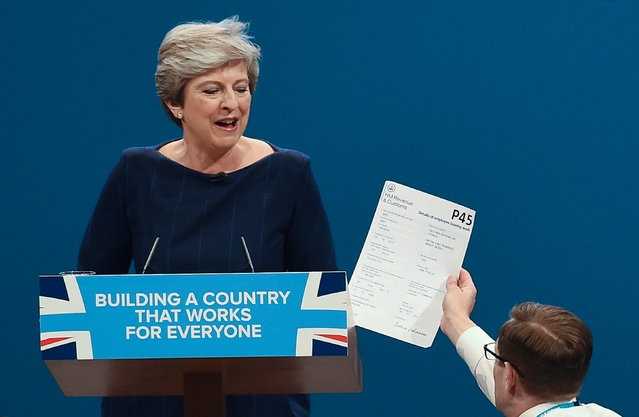 Protester Simon Brodkin gives a mock P45 to Theresa May as she delivers her speech on the final day of the Conservative conference in Manchester on 4 October 2017. (Photo by Paul Ellis/AFP Photo) 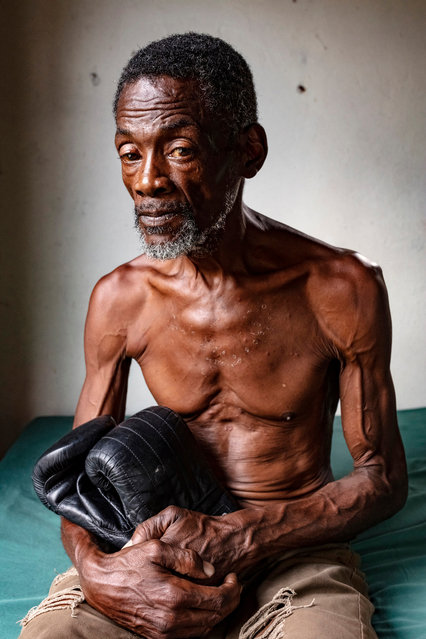 Vernon Vanriel, a successful London boxer in the 1980s, has been stuck in Jamaica for the past 13 years, a victim of the Windrush scandal. He lives in a shack in Savanna-La-Mar, ill and destitute. (Photo by David Levene/The Guardian) 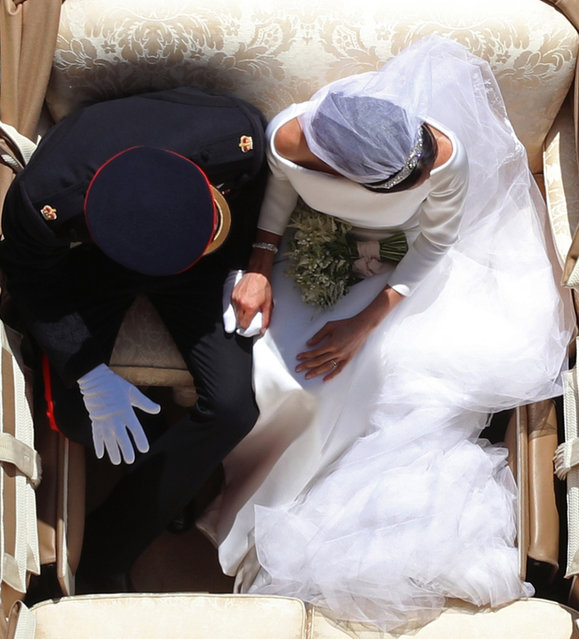 The Duke and Duchess of Sussex ride in a carriage after their wedding in St George’s chapel in Windsor Castle, 19 May 2018. (Photo by Yui Mok/PA Wire) 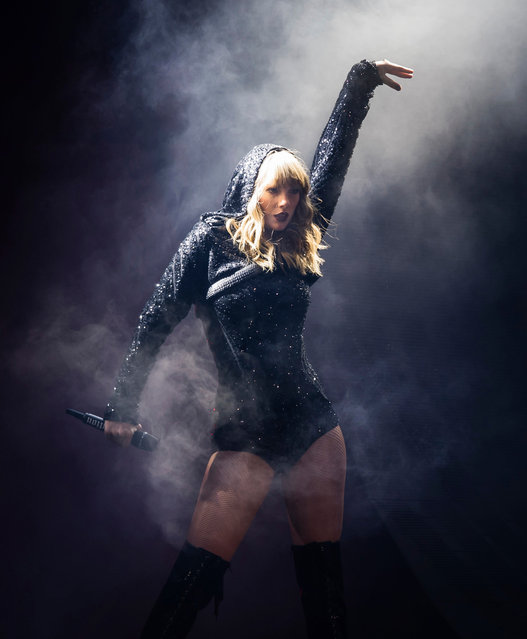 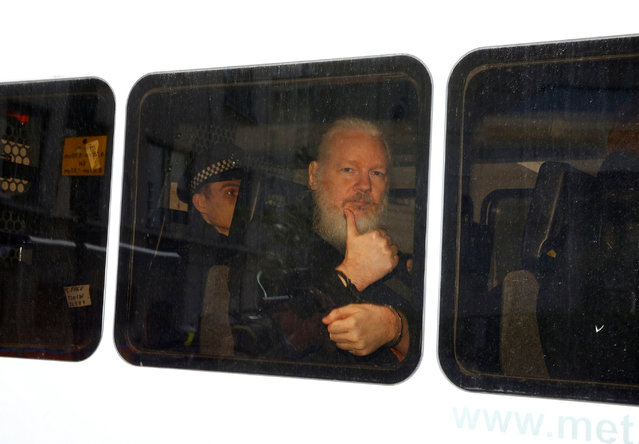 WikiLeaks founder Julian Assange in a police van after being arrested by British police outside the Ecuadorian embassy in London on 11 April 2019. (Photo by Henry Nicholls/Reuters)
Edit Del
17 May 2019 00:05:00, post received 0 comments
Publication archive:
←   →
Popular tags:
All tags
Last searches: