Fact Exhibition of Ancient Torture Instruments in China
Organizers of an exhibition of ancient instruments of torture in Huai'an, Jiangsu province, have suggested that children, heart disease patients and people with high blood pressure stay away because of the vivid depictions of shocking cruelty. The exhibition has more than 200 instruments of torture on display in the 50,000-square-meter exhibition halls of a restored ancient building. Wax figures, along with sound and light techniques, are incorporated for scary effect. The local government said the exhibition is for tourists and historians to research ancient torture practices. 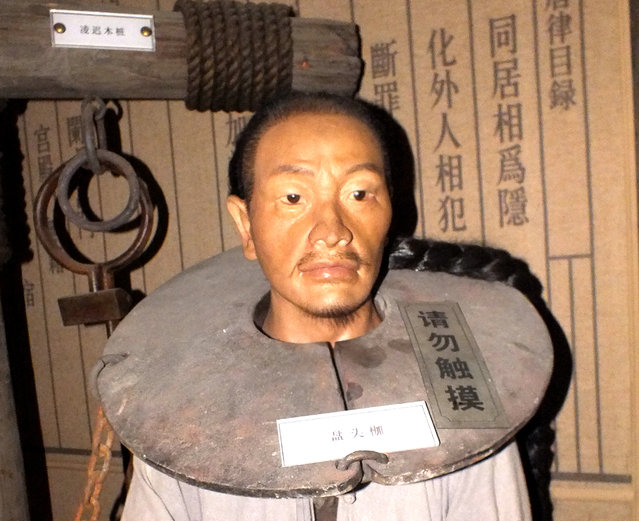 Wax figure with torture instrument is seen on October 25, 2014 in Huai'an, Jiangsu province of China. Exhibition of torture instruments was held by Huai'an government agency in Huai'an on Saturday to help people understand and study the history of ancient times. Almost 200 methods of Chinese torture are depicted in a ghoulish exhibition that sparked intense interest on social media in the country Tuesday. Pictures from the Chinese Ancient Instruments of Torture Exhibition spread like wildfire online after state media published photos from the show at the weekend. (Photo by ChinaFotoPress) 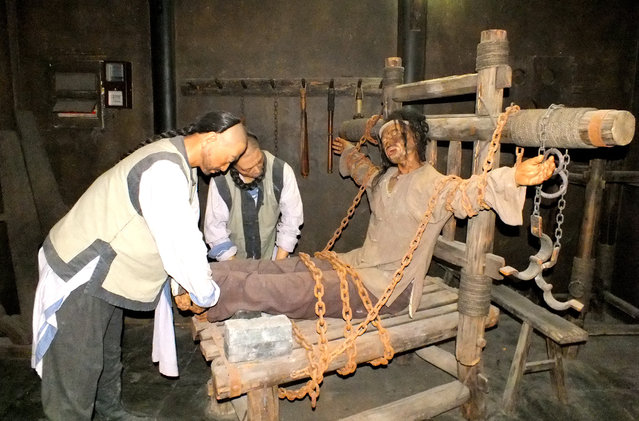 Wax figures with torture instrument named “torture-rack” are seen on October 25, 2014 in Huai'an, Jiangsu province of China. The exhibition, which opened last year at an educational center in the eastern city of Huai'an, includes reenactments of prisoners being hung over a fire, flayed and being tortured on what is known as a “Tiger Bench” – pictured above – a Qing dynasty (1644-1912) device that contorted victims' legs and arms in high pressure positions that could break bones or tear apart joints. (Photo by ChinaFotoPress) 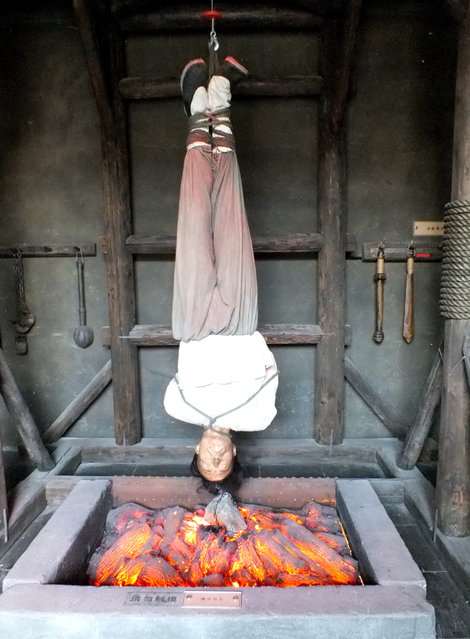 Wax figure with torture instrument is seen on October 25, 2014 in Huai'an, Jiangsu province of China. Chinese social media users have speculated that the exhibition is a veiled threat to officials in the midst of a widely publicized anti-corruption crackdown by the ruling Communist Party. “If we use these instruments on corrupt officials, 90 percent of us will support it”, declared one user on China’s Twitter-like service, Weibo. (Photo by ChinaFotoPress) 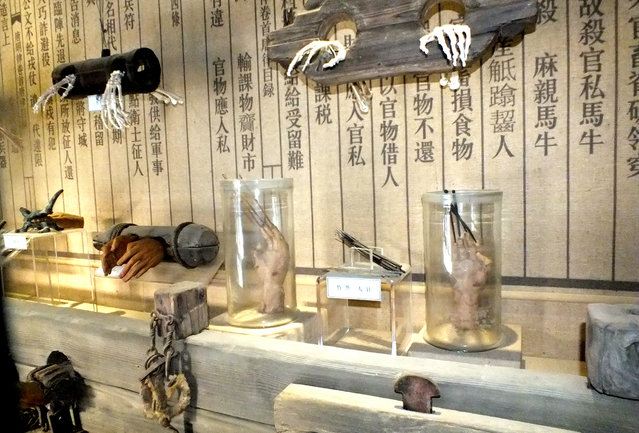 Torture instruments are seen on October 25, 2014 in Huai'an, Jiangsu province of China. “These torture instruments were for normal people in the past, but now they should be used as a warning for corrupt officials today”, another social media user wrote. Another intoned: “Communist Party members are not afraid of death!” (Photo by ChinaFotoPress) 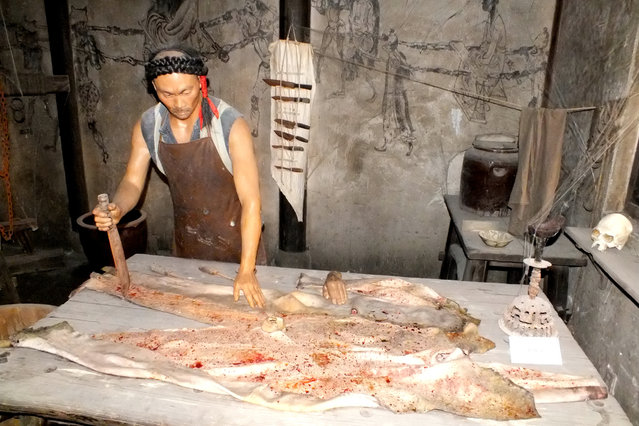 Wax figure with torture instrument is seen on October 25, 2014 in Huai'an, Jiangsu province of China. A woman who answered the phone at the center’s corporate owner, Huai'an ChuZhou Cultural Development Corporation Ltd., said: “There is no political meaning to the exhibit”. She told that the exhibition was meant to show “what life was like in an ancient court” and that for corrupt officials who were caught in imperial China, “life back then was just like this”. (Photo by ChinaFotoPress)
Edit Del
29 Oct 2014 12:22:00, post received 0 comments
Publication archive:
←   →
Popular tags:
All tags
Last searches: