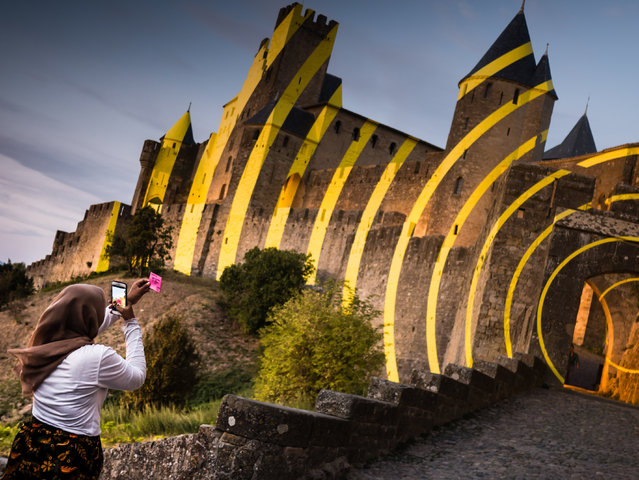 “Art installation by Felice Varini on the medieval walls of Carcassonne, France. At sunset there was a crowd of people where the concentric circles aligned. I was intrigued by this lady sending a hand-written message on a pink Post-it note”. (Photo by Katy Bridgestock/The Guardian) 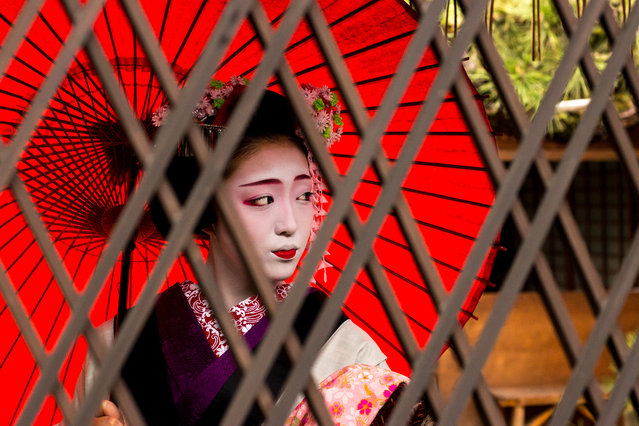 “An apprentice geisha. The half-painted lips indicates to others that she is in training, and to forgive her for any mistakes she makes. This girl is in her second year, aged 17”. (Photo by Sharon Kynaston/The Guardian) 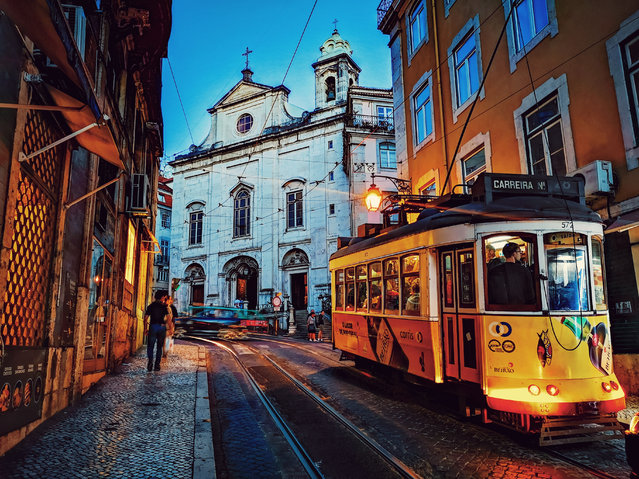 “I took this photo on Lisbon’s Rua da Conceição. In the background is Igreja da Madalena”. (Photo by Amy Coyle/The Guardian) 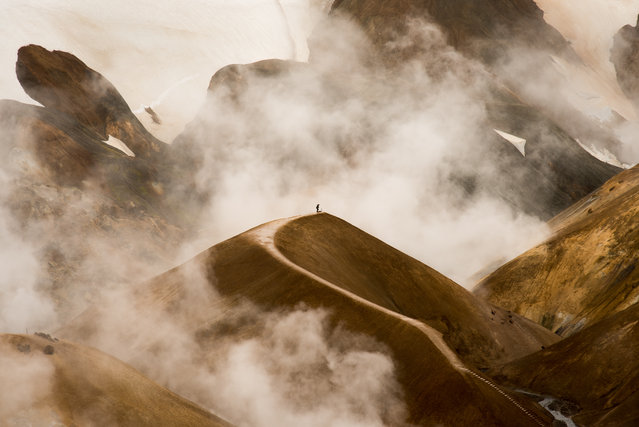 “I drove into the interior of Iceland heading for Kerlingarfjöll, a volcanic mountain range. It was like walking onto a film set for the apocalypse”. (Photo by Oliver Chambers/The Guardian) 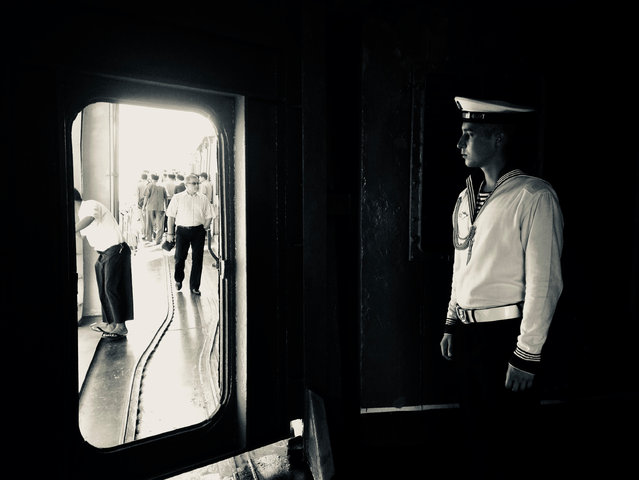 “This image was taken on board a Russian naval destroyer when it docked temporarily in Yangon, Myanmar. We managed to join a party of people being given a tour of the ship”. (Photo by Katherine East/The Guardian) 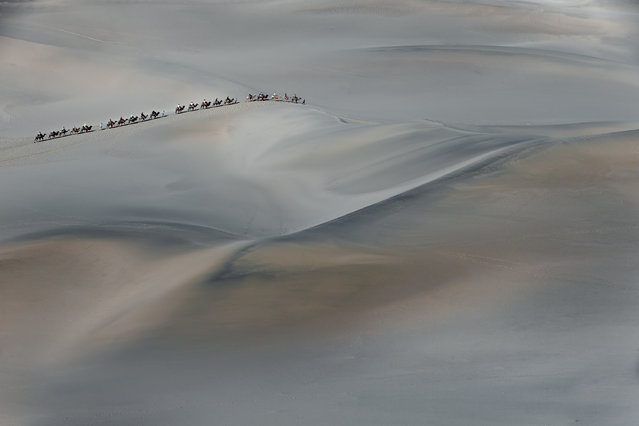 “A camel train taking tourists on a trip into the sand dunes of the Gobi desert”. (Photo by Ian Webb/The Guardian) 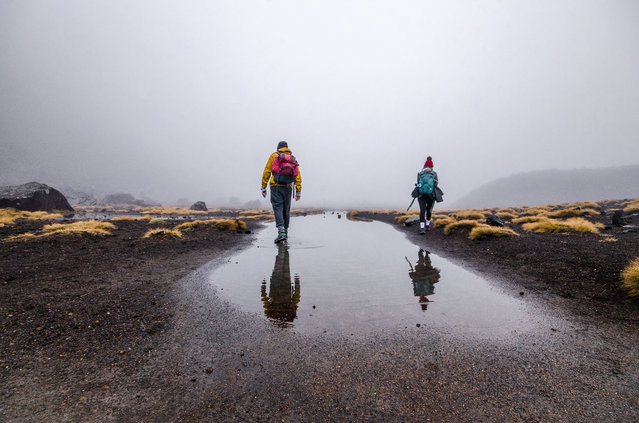 “Tongariro Alpine Crossing, North Island, New Zealand. Two determined backpackers make the most of a day with bad weather. My eye was caught by the reflections of the colourful clothing against the misty background”. (Photo by Cat Vezmar/The Guardian) 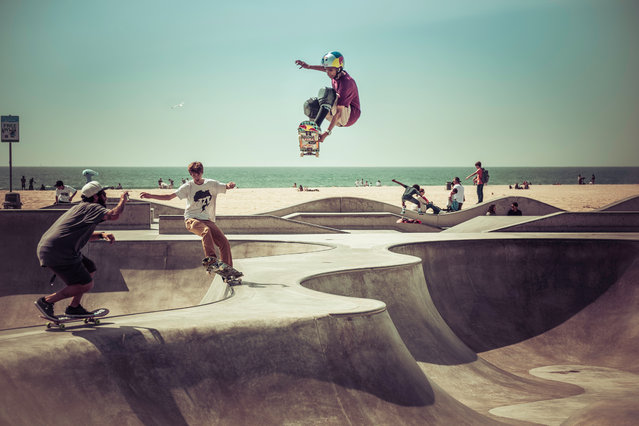 “Venice Beach, Los Angeles, is as much a photographer’s paradise as a skateboarder’s. At this oceanfront skatepark the action rarely stops”. (Photo by Nick Jackson/The Guardian) 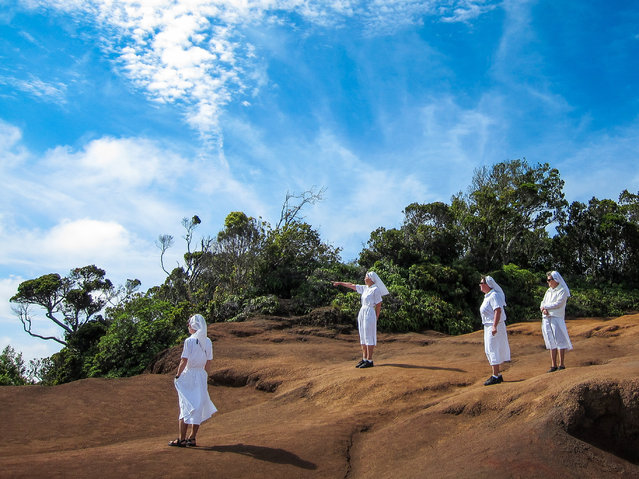 “While exploring Kauai in the Hawaiian archipelago we kept crossing paths with a group of nuns who were also visiting. For me, the scene has a surreal/biblical feel”. (Photo by Stephane Hebet/The Guardian) 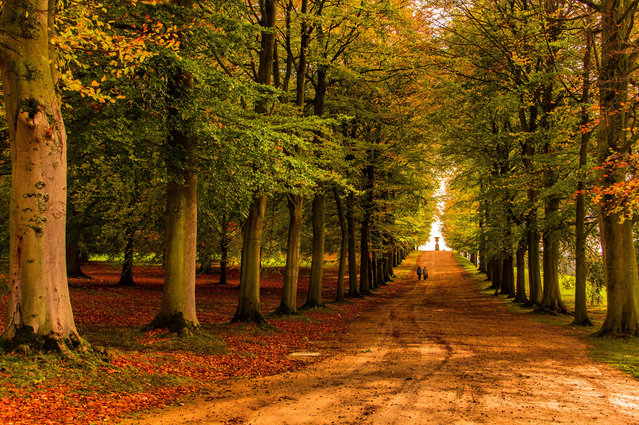 Runner-up. “Autumn is a cold season, but when I see how colourful leaves sparkle in the sunlight, as in this scene in Chatsworth Garden, Derbyshire, I feel warm inside and happy”. MICK RYAN, JUDGE: “As it is peak autumn a beech photograph is a must, and this is a classic. The strong lead in of the carriageway culminating in two strong focal points of the people and the fountain, all framed by the repeating lines of the beech trees. Wonderful”. (Photo by Goran Erfani/The Guardian) 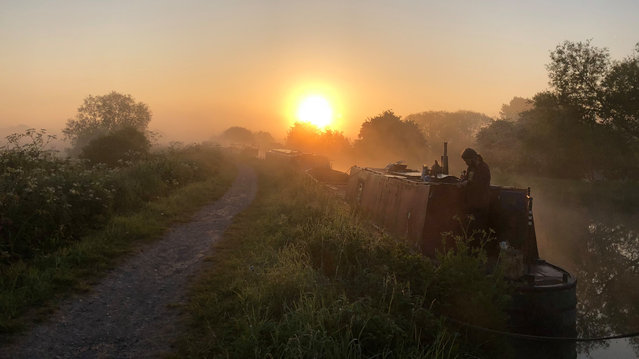 Runner-up. “Taken on the Kennet and Avon canal at Semington, Wiltshire, the sunrise was spectacular as I stepped out of the boat. I travel and live on this canal but this scene really took my breath away”. MICK RYAN, JUDGE: “Nothing can be beat a sunrise walk down a canal with mist rising off the water, and dew heavy on the foliage – as this well-taken photograph demonstrates”. (Photo by Tiffany Gorman/The Guardian) 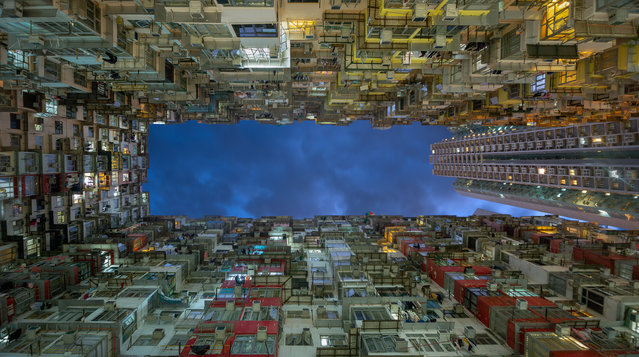 Winner. “I took this vertical image in the Quarry Bay district of Hong Kong during the dusk ‘blue hour’, when there was a perfect balance between the ambient light in the sky and the artificial lights of the high-rise residential buildings”. MICK RYAN, JUDGE: “Quarry Bay is a rich area for great shots and this is a particularly striking image of these old apartments, a unique perspective that was wisely taken as the light fades and the apartment lights come on”. (Photo by Jatinder Heer/The Guardian)
Edit Del
02 Nov 2018 00:05:00, post received 0 comments
Publication archive:
←   →
Popular tags:
All tags
Last searches: