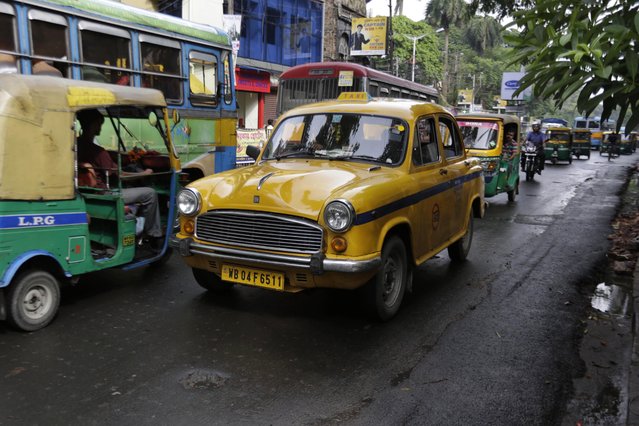 An Ambassador car, licensed as taxi rolls past other vehicles through a busy road in Kolkata, india, Monday, May 26, 2014. India's oldest car factory has abruptly suspended production of the hulking Ambassador sedan that has a nearly seven-decade history as the car of the Indian elite. (Photo by Bikas Das/AP Photo) 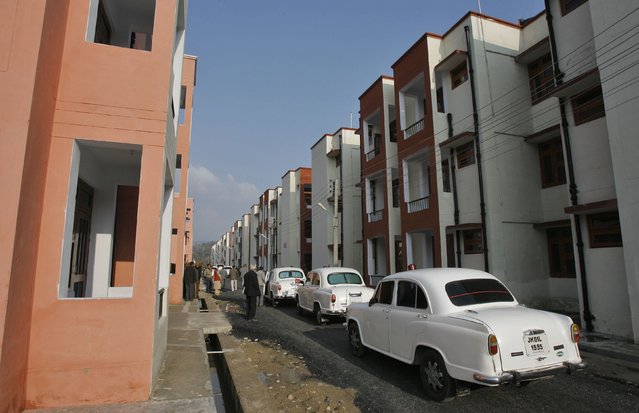 Bullet-proof Ambassador cars, manufactured by Hindustan Motors, which are used by the government officials, are parked beside newly constructed flats built for Kashmiri Hindu or Pandit migrants during the inauguration ceremony of the Jagti Township on the outskirts of Jammu March 4, 2011. (Photo by Mukesh Gupta/Reuters) 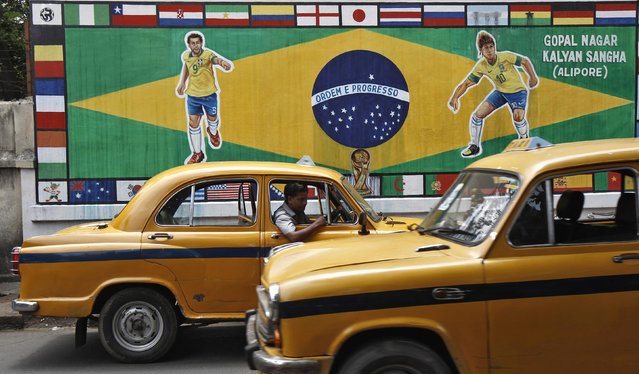 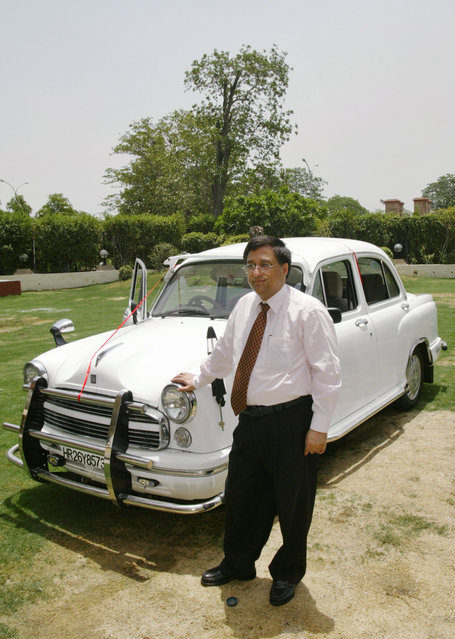 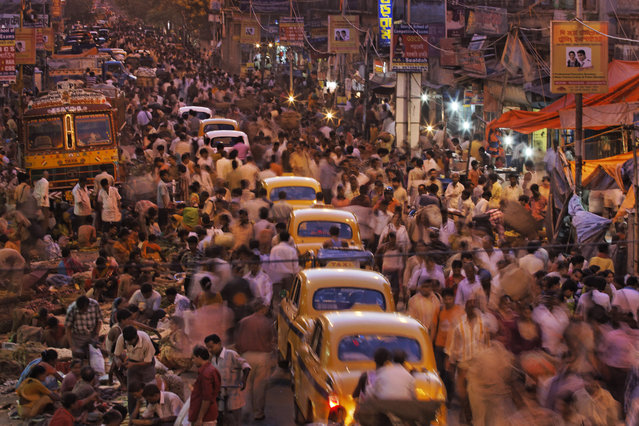 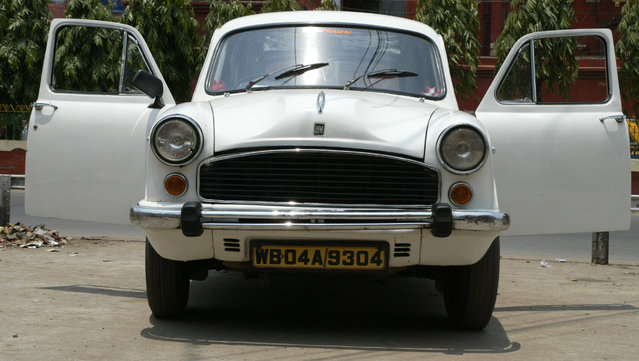 A driver, unseen, takes rest inside an Ambassador car in Calcutta, India, Wednesday, May 2, 2007. Striking workers have forced India's Hindustan Motors to temporarily shutter the factory that produces the Ambassador, an icon of the Indian roads. The closure of the plant is another blow to the venerable Ambassador already under threat from an influx of foreign cars and the proliferation of modern cars made by Indian companies which has ruled Indian roads for nearly five decades. (Photo by Bikas Das/AP Photo) 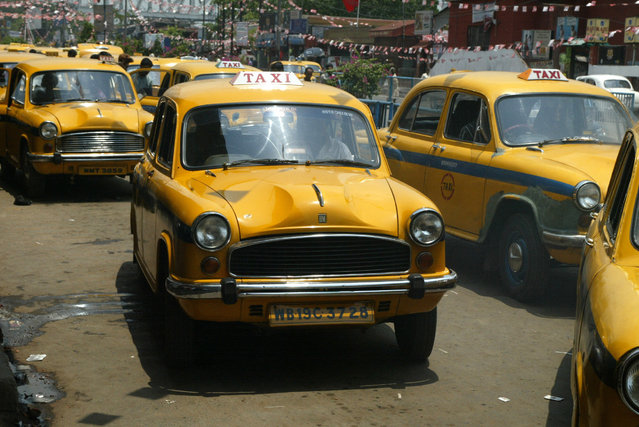 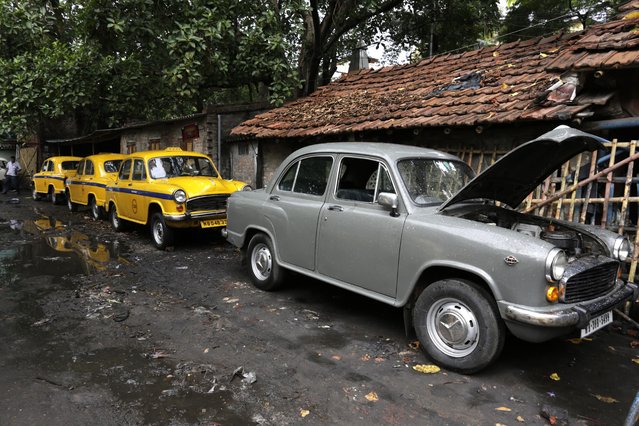 Ambassador cars, both taxis, in yellow and one private, are parked near a workshop for repairs in Kolkata, india, Monday, May 26, 2014. (Photo by Bikas Das/AP Photo) 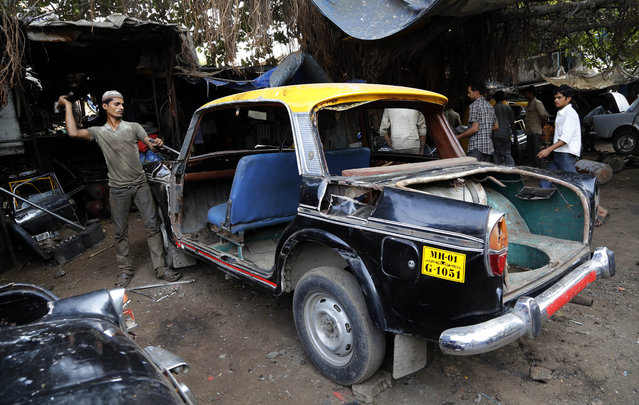 In this Wednesday, March 26, 2014 photo, a worker dismantles a taxi at a junk yard in Mumbai, India. The distinctive black-and-yellow licensed cabs number just 42,000 in Mumbai, inadequate for a city of 22 million. Taxi-hailing smartphone app Uber is making a big push into Asia with the company starting operations in 18 cities in Asia and the South Pacific including Seoul, Shanghai, Bangkok, Hong Kong and five Indian cities in the last year. (Photo by Rajanish Kakade/AP Photo) 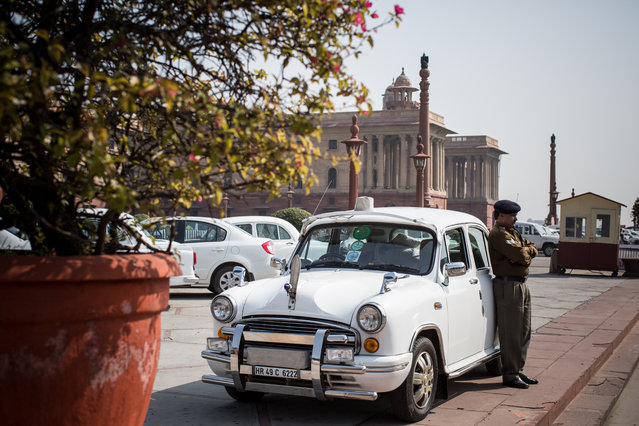 A officer of the Indian CRPF (Central Reserve Police Force) is waiting at his Ambassador car, the beacon covered, which he is driving in service of a government employee working at the offices of Raisina Hill, housing India's most important government buildings, in New Delhi on March 06, 2014. (Photo by Enrico Fabian/The Washington Post)
Edit Del
10 Jul 2014 12:56:00, post received 0 comments
Publication archive:
←   →
Popular tags:
All tags
Last searches: