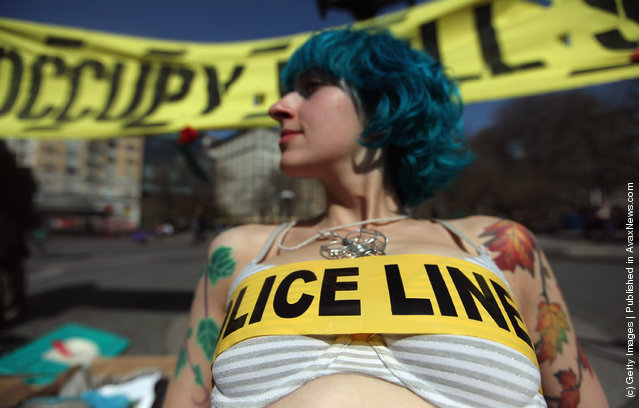 Protester Lauren Digioia wears police tape during an Occupy Wall Street protest in Union Square on March 19, 2012 in New York City. Protesters affiliated with the movement are gathering in Union Square today following 73 arrests at a six-month anniversary rally at Zuccotti Park over the weekend. (Photo by Mario Tama/Getty Images) 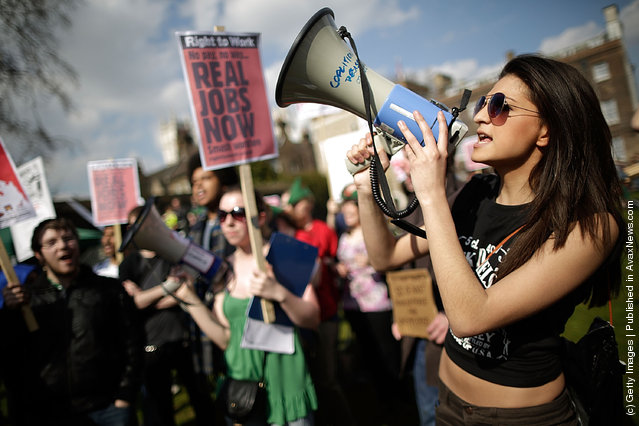 Demonstrators gather on College Green opposite the Houses of Parliament to protest against the Government's austerity measures as the Chancellor of the Exchequer George Osborne presents his annual budget to Parliament on March 21, 2012 in London, England. Despite increasing pressure on the Chancellor to help ease the financial burden on the British public during his address to Parliament, it is likely that Mr Osborne will continue with the stringent measures that he has implemented over the last few years in an attempt to tackle the UK's deficit. (Photo by Matthew Lloyd/Getty Images) 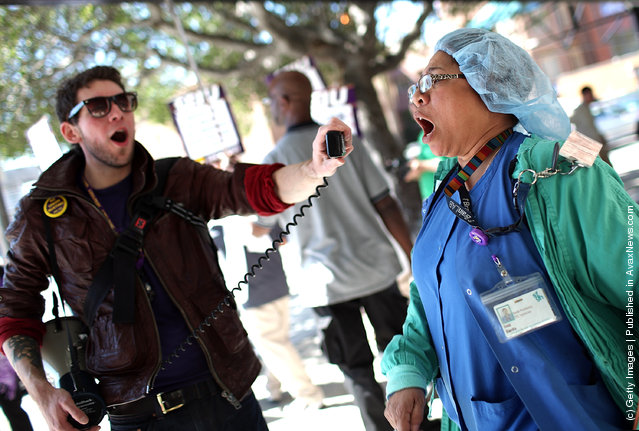 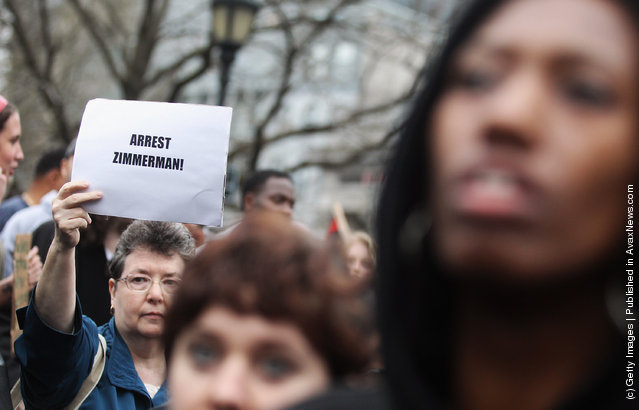 Supporters of Trayvon Martin rally in Union Square during a “Million Hoodie March” in Manhattan on March 21, 2012 in New York City. Thousands of protesters turned out to demonstrate against the killing of the black unarmed teenager by a white neighborhood watch captain. The protesters marched through the streets after holding a large rally in Union Square. (Photo by Mario Tama/Getty Images)
Edit Del
22 Mar 2012 12:23:00, post received 0 comments
Publication archive:
←   →
Popular tags:
All tags
Last searches: