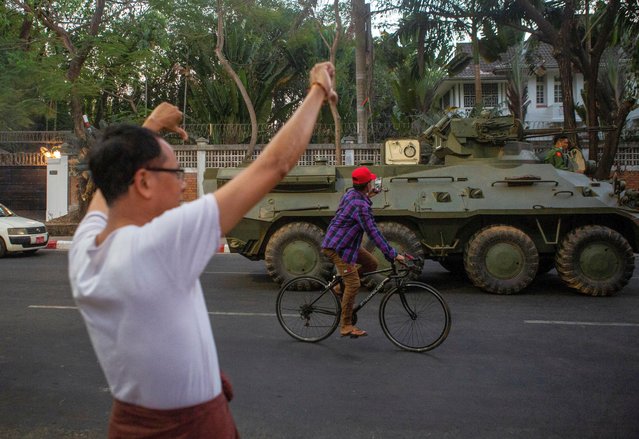 A man on a bike takes a picture of an armoured vehicle riding on a street during a protest against the military coup, in Yangon, Myanmar, February 14, 2021. (Photo by Reuters/Stringer)
Details
03 Mar 2021 10:05:00,post received 0 comments
Fact Daily Life in Myanmar, Part 2/2 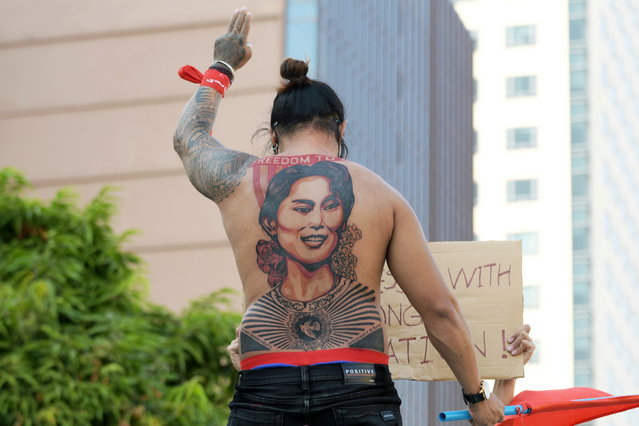 A man with a tattoo of Aung San Suu Kyi takes part in a protest against the military coup and to demand the release of the elected leader in Yangon, Myanmar on February 8, 2021. (Photo by Reuters/Stringer)
Details
12 Feb 2021 09:48:00,post received 0 comments
Fact Daily Life in Myanmar, Part 1/2 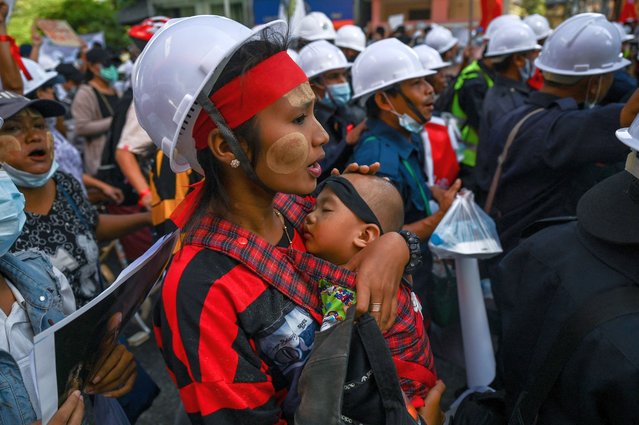 A protester carries a child march during a demonstration against the February 1 military coup in Yangon on February 10, 2021. (Photo by Ye Aung Thu/AFP Photo)
Details
11 Feb 2021 09:39:00,post received 0 comments
Fact A Look at Life in Haiti 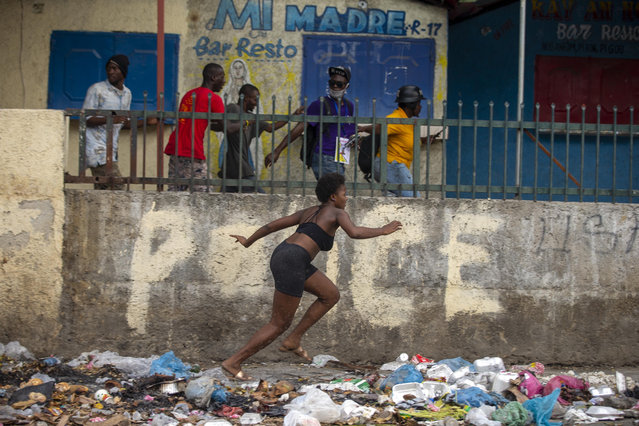 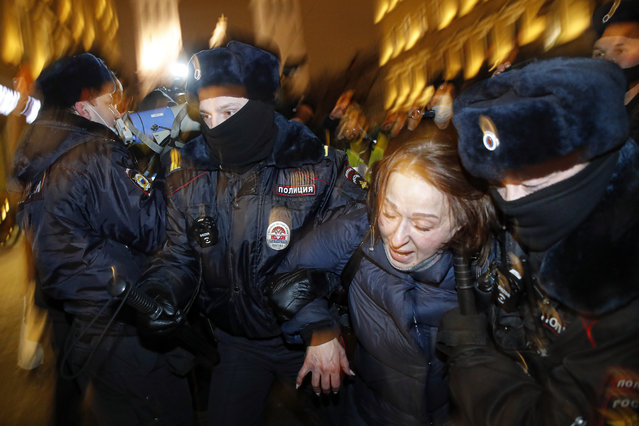 Police officers detain a Navalny supporter during a protest in St. Petersburg, Russia, Tuesday, February 2, 2021. A Moscow court has ordered Russian opposition leader Alexei Navalny to prison for more than 2 1/2 years on charges that he violated the terms of his probation while he was recuperating in Germany from nerve-agent poisoning. Navalny, who is the most prominent critic of President Vladimir Putin, had earlier denounced the proceedings as a vain attempt by the Kremlin to scare millions of Russians into submission. (Photo by Dmitri Lovetsky/AP Photo)
Details
05 Feb 2021 09:38:00,post received 0 comments
Fact Protests in Thailand 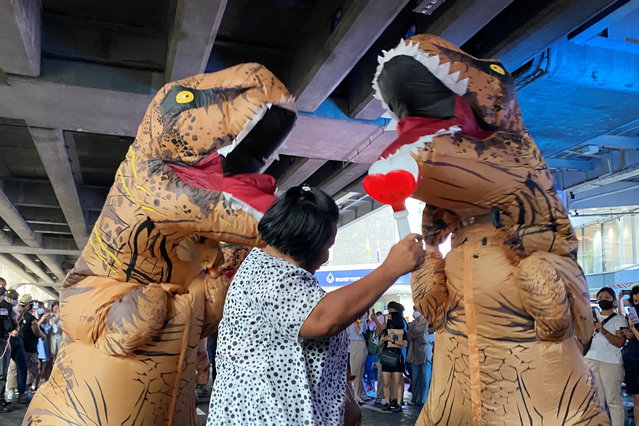 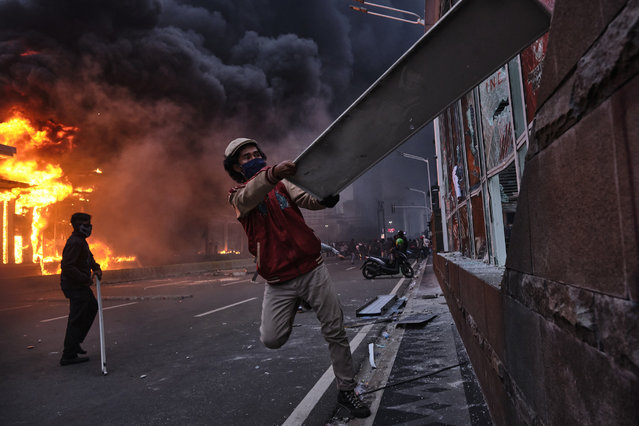 A rioter smashes the window of a building on October 8, 2020 in Jakarta, Indonesia. Protesters have gathered across Indonesia after the government passed a labor law it claims will boost economic recovery needed due to coronavirus. Critics claim the bill will worsen labor conditions and environmental protections. (Photo by Ed Wray/Getty Images)
Details
12 Nov 2020 00:01:00,post received 0 comments
Fact A Look at Life in Belarus 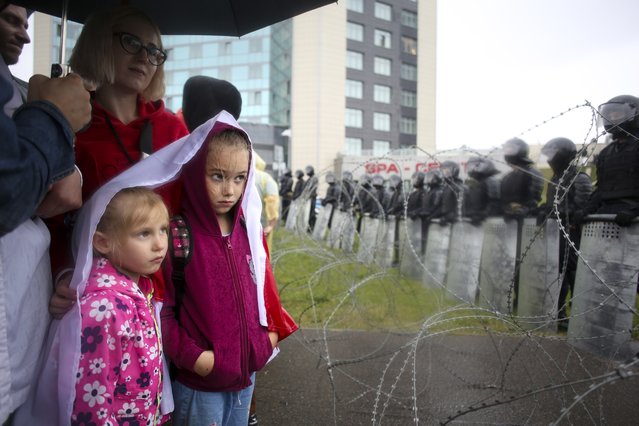 In this Sunday, September 6, 2020 file photo, people with their children stand at a barbed wire fence in front of a police line toward the Independence Palace, residence of the President Alexander Lukashenko, during Belarusian opposition supporters rally in Minsk, Belarus. Belarus President Alexander Lukashenko has relied on massive arrests and intimidation tactics to hold on to power despite nearly three months of protests sparked by his re-election to a sixth term, but continuing protests have cast an unprecedented challenge to his 26-year rule. (Photo by TUT.by via AP Photo)
Details
06 Nov 2020 00:01:00,post received 0 comments
Publication archive:
←   →
Popular tags:
All tags
Last searches: