The Royal Logistics Corps soldier, from Jedburgh in Roxburghshire, captured the stunning images during six months in Afghanistan as photographer for the Army’s Combat Camera Team. His overall winning image, Celtic Warrior, shows a soldier from 1st Battalion Royal Regiment of Scotland cleaning his gun after an early morning patrol to an Afghan National Army checkpoint. Jamie’s work has now been put on show at the National Army Museum in Chelsea alongside the photos taken by other award-winners, who include both professionals and amateurs. 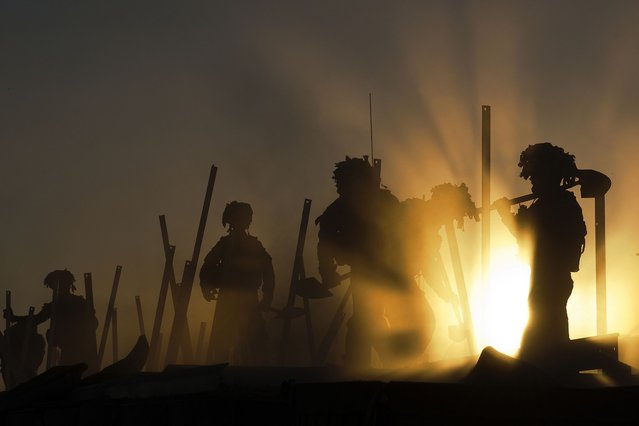 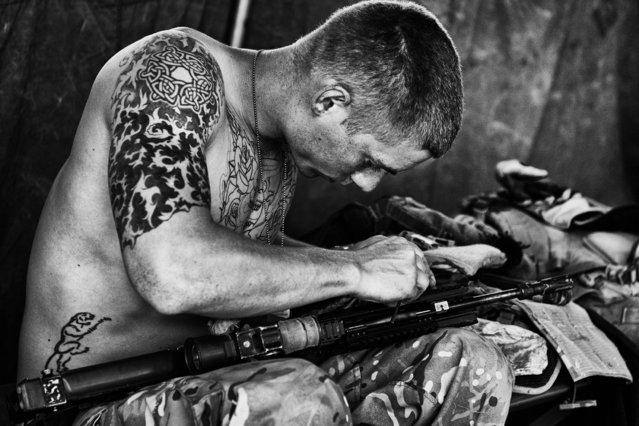 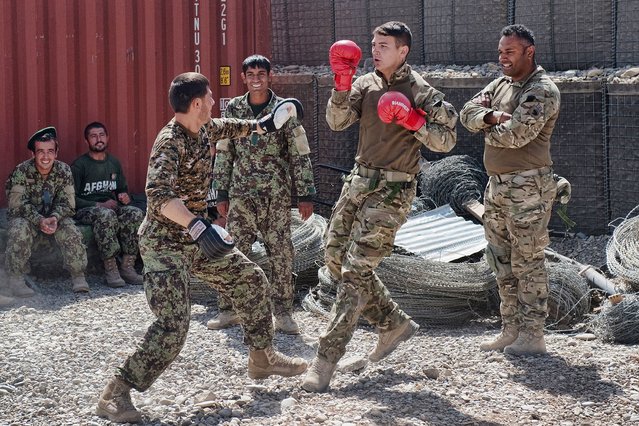 “Breaking Barriers” – Soldiers from 1 Scots are seen bonding with their Afghan colleagues during a checkpoint visits. (Photo by Jamie Peters/PA Wire) 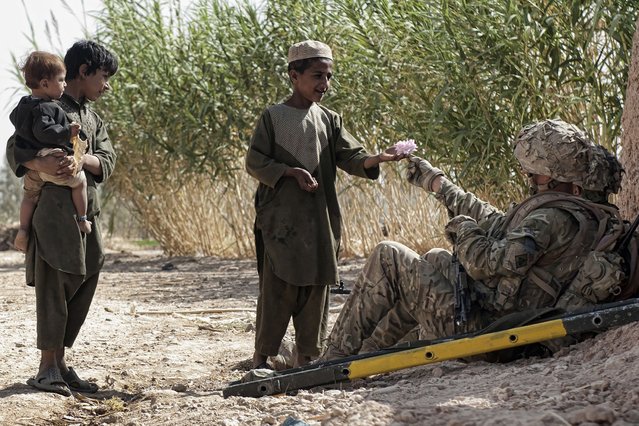 Soldiers chat to Afghan children during a break in Jamie's picture, “Flowers for a Friend”. (Photo by Jamie Peters/PA Wire) 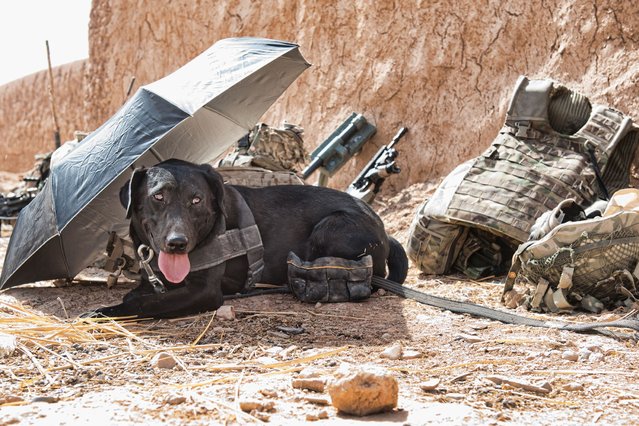 Jamie captures a military working dog taking a rest from the heat in “Hot Under the Collar”. (Photo by Jamie Peters/PA Wire) 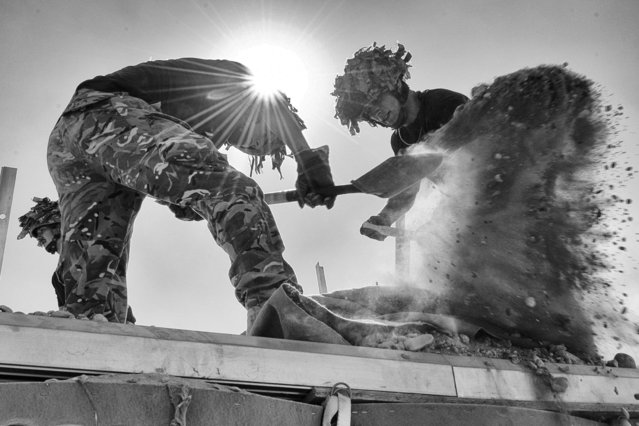