Fact Some Iconic Pictures of Global Unrest from the Last Years 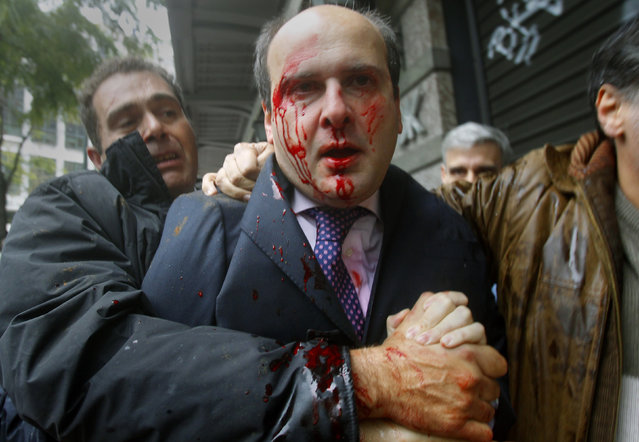 Former conservative minister Kostis Hatzidakis is covered with blood after about 200 leftists attacked him with stones and sticks, shouting: “Thieves! Shame on you!” in central Athens December 15, 2010. (Photo by Yannis Behrakis/Reuters) 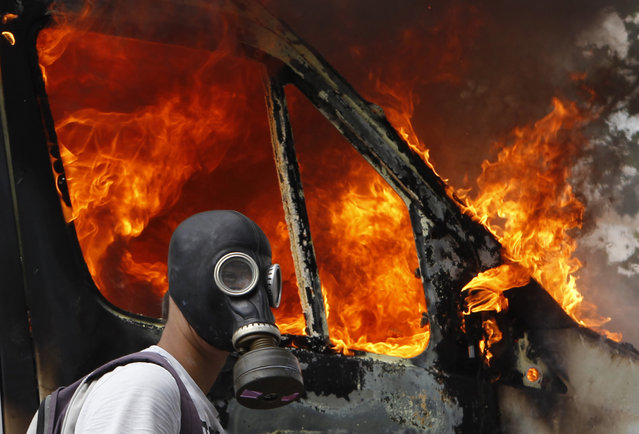 A protester wearing a gas mask walks beside a burning van during violent protests against austerity measures in Athens, June 28, 2011. (Photo by Yannis Behrakis/Reuters) 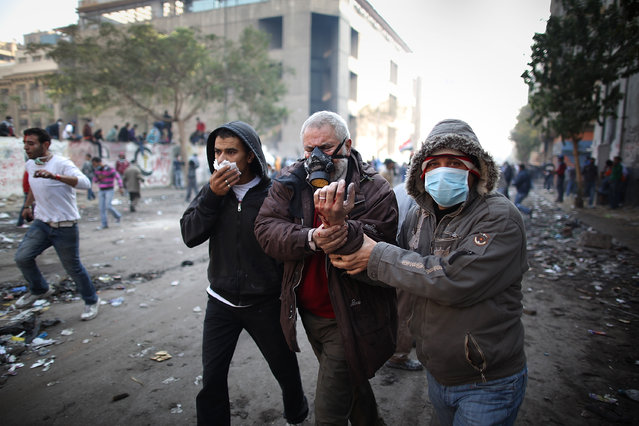 An injured protestor is led away during clashes with police near Tahrir Square on November 23, 2011 in Cairo, Egypt. (Photo by Peter Macdiarmid/Getty Images) 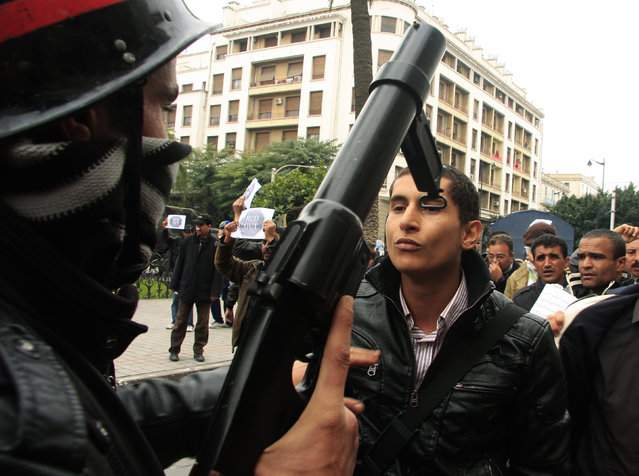 A riot policeman faces off with a protester during a demonstration in downtown Tunis January 18, 2011. (Photo by Zoubeir Souissi/Reuters) 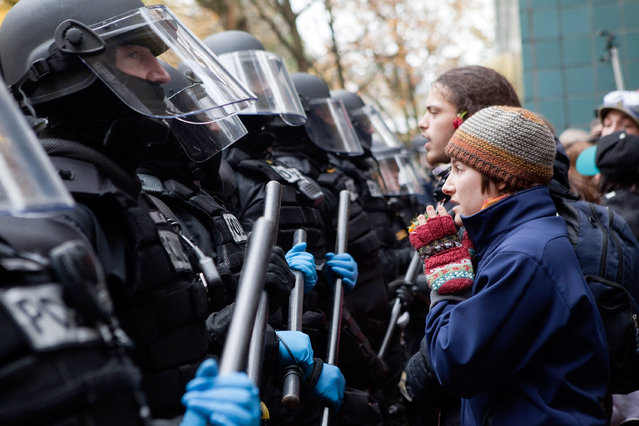 A protester pleads with police during a demonstration near the Occupy Portland encampment November 13, 2011 in Portland, Oregon. (Photo by Natalie Behring/Getty Images) 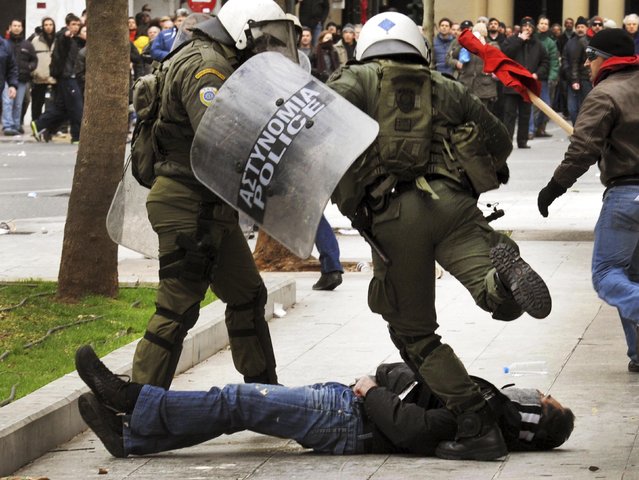 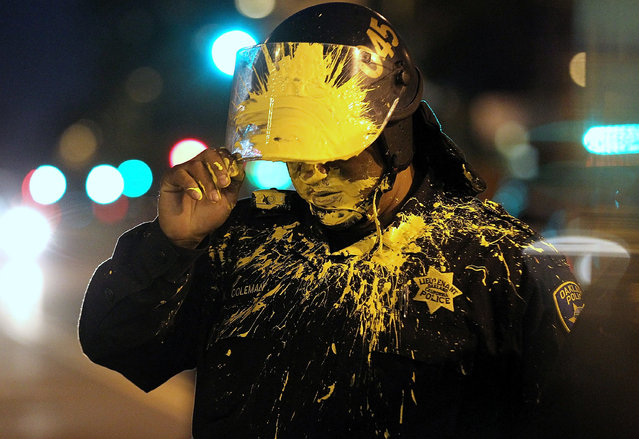 An Oakland police officer pauses after being hit in the face with paint as officers advanced on Occupy protesters blocking an intersection during a May Day demonstration on May 1, 2012 in Oakland, California. (Photo by Justin Sullivan/Getty Images)

A police lieutenant swings his baton at an Occupy Wall Street activists on Tuesday, May 1, 2012 in New York. (Photo by Mary Altaffer/AP Photo) 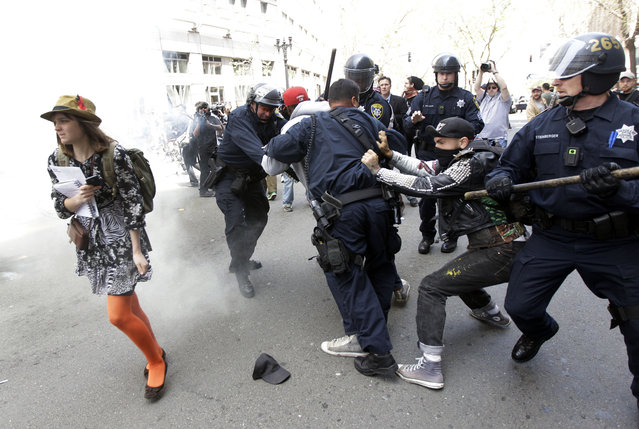 Police confront demonstrators during May Day protests on Tuesday, May 1, 2012 in Oakland, Calif. (Photo by Marcio Jose Sanchez/AP Photo)

Police officers detain an activist from the women's rights group FEMEN during a protest against the arrest of their Tunisian member named Amina, in front of Tunisia's Ministry of Justice in Tunis May 29, 2013. (Photo by Anis Mili/Reuters)
Edit Del
27 Aug 2014 09:44:00, post received 0 comments
Publication archive:
←   →
Popular tags:
All tags
Last searches: