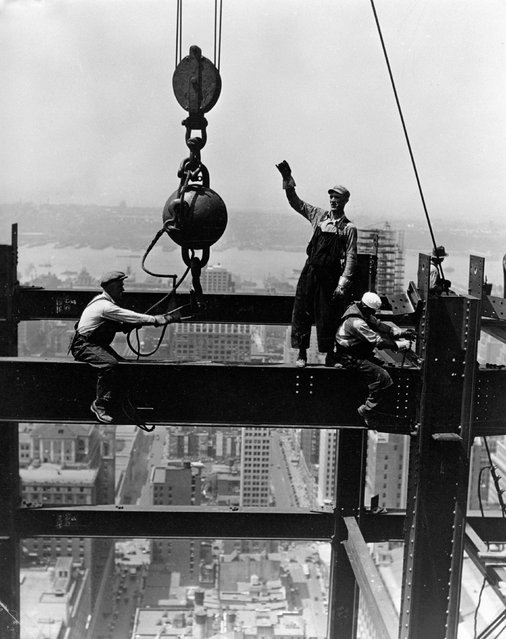 The picture shows members of a derrick gang fixing a beam during the construction of the Empire State Building, showing the streets of New York far below them, 1931. Lewis Wickes Hine (1874-1940) used photography as a documentary tool to inspire social reform: his subjects included child labour, the immigrants of Ellis Island and construction workers in industry, railways and building. They reveal both the horror of exploitation and the dignity of work. (Photo by SSPL/Getty Images) 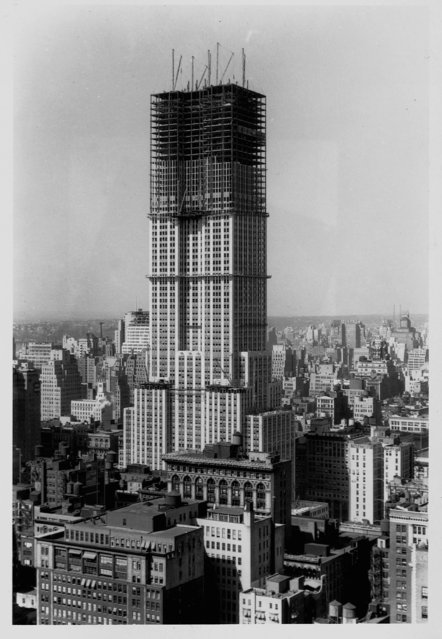 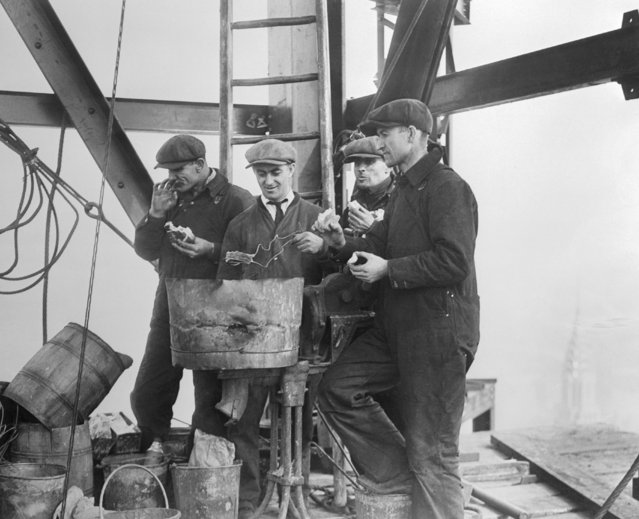 Noon hour on the top of the mooring mast and tower of the gigantic Empire State Building, rising on the site of the old Waldorf on November 05, 1930. Men toasting their bread and heating coffee on the rivet heater, high above all other man made structures in New York – just reaching 100 stories. (Photo by Bettmann/Getty Images) 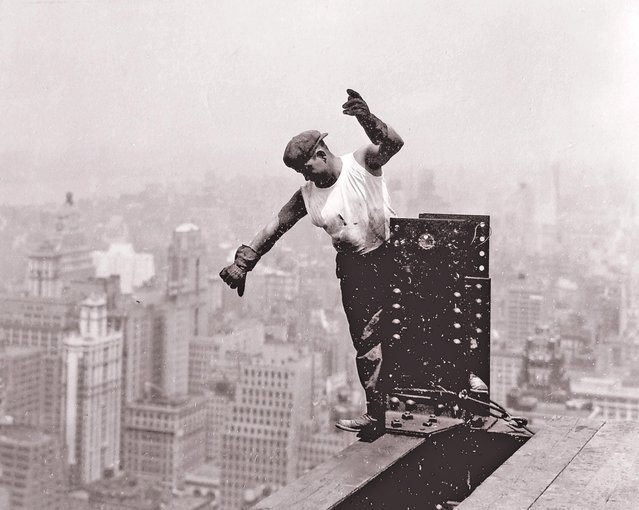 Flirting with danger is just routine work for the steel workers arranging the steel frame for the Empire State Building, which will be the world's tallest structure when completed on September 29, 1930. Erected on the site of the old Waldorf Astoria, this building will rise 1,284 feet into the air. A zeppelin mooring mast with cap this engineering feat. (Photo by Bettmann/Getty Images) 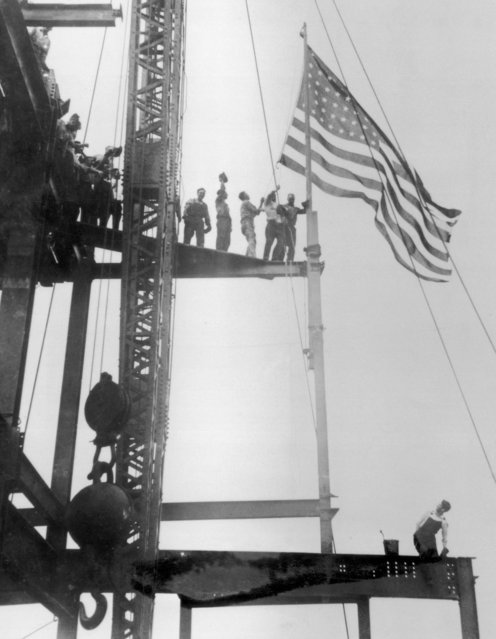 Construction workers celebrate the completion of the iron work on the Empire State Building, Manhattan, circa 1930. The building was constructed between 1930 and 1931. (Photo by FPG/Hulton Archive/Getty Images) 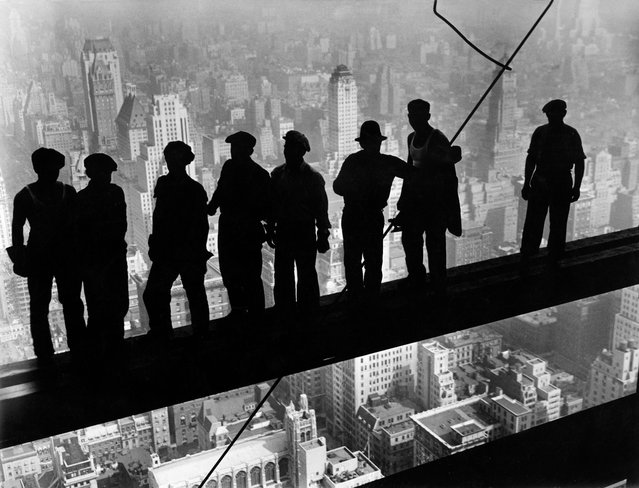 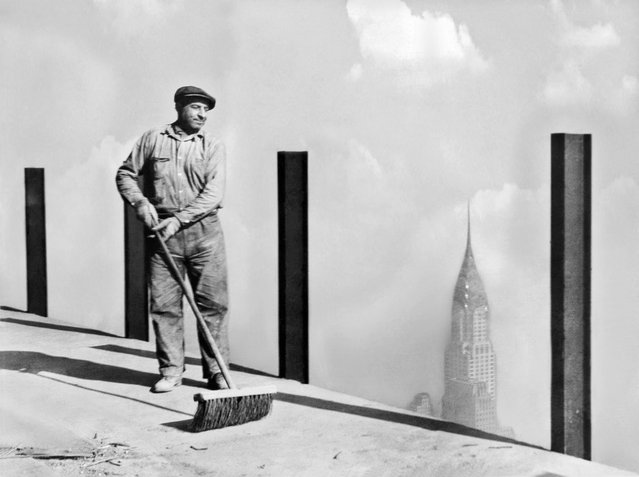 A workman sweeping the highest sidewalk in the world, the 81st story of the Empire State Building, the world's tallest building, to the top of which the greatest dirigible “Los Angeles” will attempt to moor, New York, New York, early 1930s. This photo was made 1,248 feet above street level. (Photo by Adam Glickman/Underwood Archives/Getty Images) 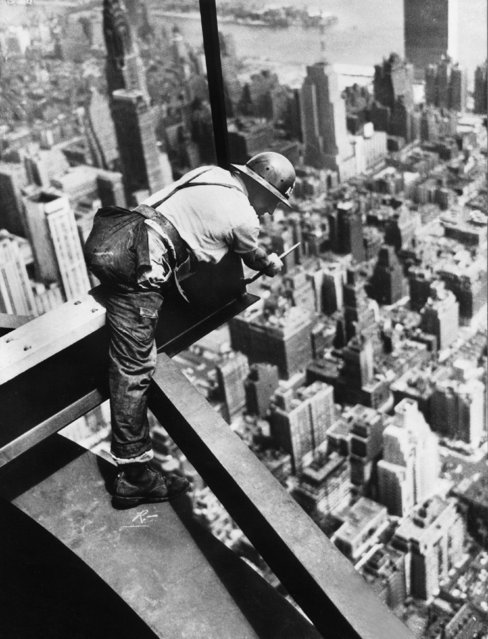 Construction worker Bob Fitzpatrick secures himself to a metal girder on the 102nd floor of the Empire State Building, New York to make some technical checks on July 18, 1950. During this time, other workers are constructing a television antenna on the top of the building. (Photo by Keystone-France/Gamma-Keystone via Getty Images)
Edit Del
06 May 2017 08:33:00, post received 0 comments
Publication archive:
←   →
Popular tags:
All tags
Last searches: