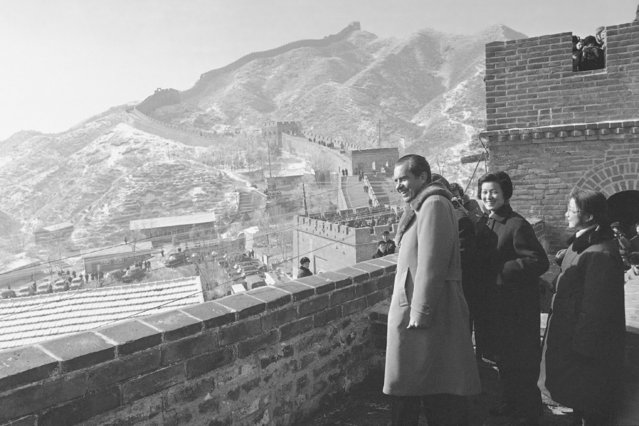 In this February 24, 1972, file photo, U.S. President Richard Nixon with Chinese guides and interpreters stand on the Great Wall of China on the outskirts of Beijing. Four decades after the U.S. established diplomatic ties with communist China, the relationship between the two is at a turning point. (Photo by AP Photo/File) 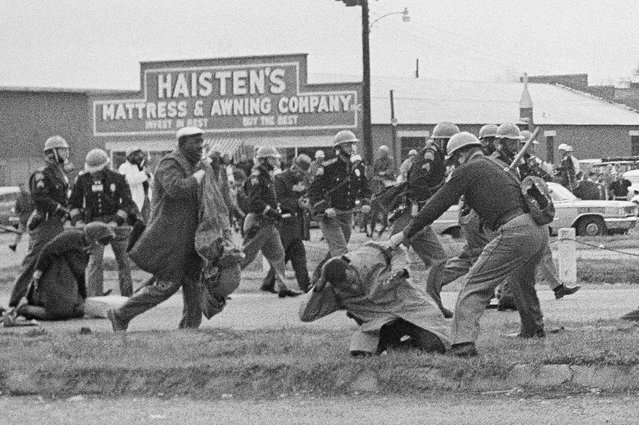 In this March 7, 1965, file photo, a state trooper swings a billy club at John Lewis, right foreground, chairman of the Student Nonviolent Coordinating Committee, to break up a civil rights voting march in Selma, Ala. Lewis sustained a fractured skull. Lewis, who carried the struggle against racial discrimination from Southern battlegrounds of the 1960s to the halls of Congress, died Friday, July 17, 2020. (Photo by AP Photo/File) 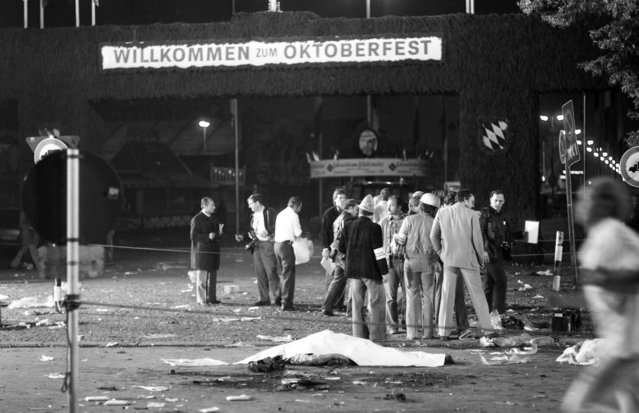 In this September 26, 1980 file photo, with welcoming gate of the main entrance in rear a victim lies in front of a rescue team on the scene of a bombing blast at Munich's “Oktoberfest” beer festival in Munich, Germany. German prosecutors said Wednesday that they have closed their investigation into a deadly far-right attack with thirteen people killed and more than 200 wounded on Munich's Oktoberfest in 1980, more than five years after they revived the probe in hopes that new testimony might point to previously unknown co-conspirators. The dead included the attacker, student Gundolf Koehler, a supporter of a banned far-right group. (Photo by Dieter Endlicher/AP Photo/File) 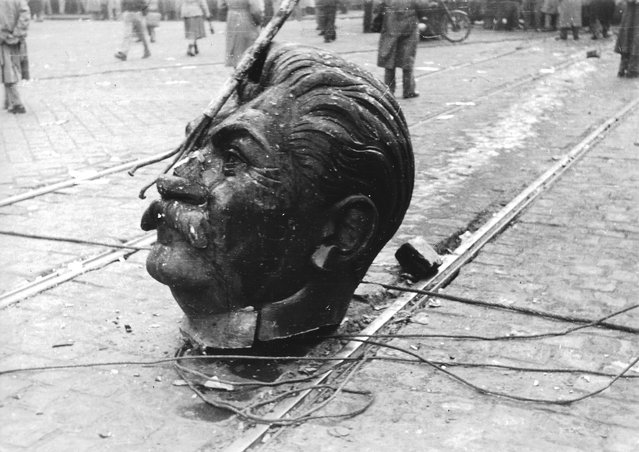 Josef Stalin's head is left in a Budapest street after a statue to the communist dictator was torn from its plinth during the Hungarian Revolution in 1956. (Photo by Robert Hofbauer/Radio Free Europe/Radio Liberty) 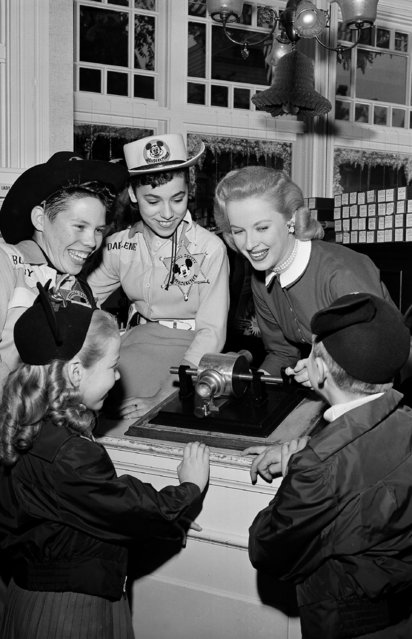 Mary Costa and a group of youngsters play an exact replica of the first phonograph, Thomas A. Edison's famous invention, at Disneyland in Anaheim, Calif., December 14, 1955. (Photo by AP Photo) 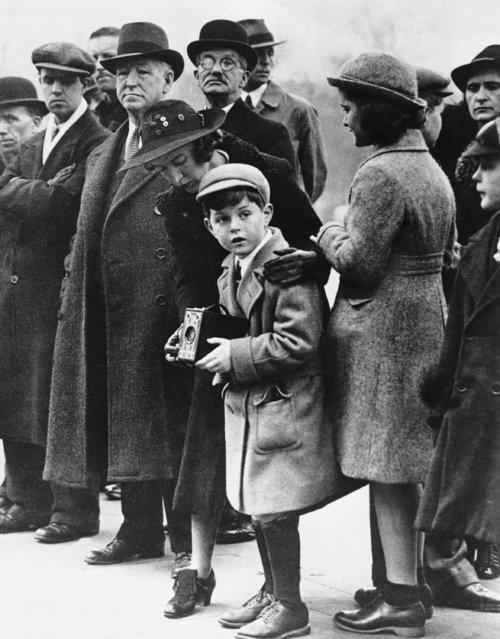 Teddy Kennedy, center, and sister Jean attend the changing of the guard at Buckingham Palace as their father, the new American Ambassador Joseph Kennedy paid a call on the king, April 11, 1938. (Photo by AP Photo) 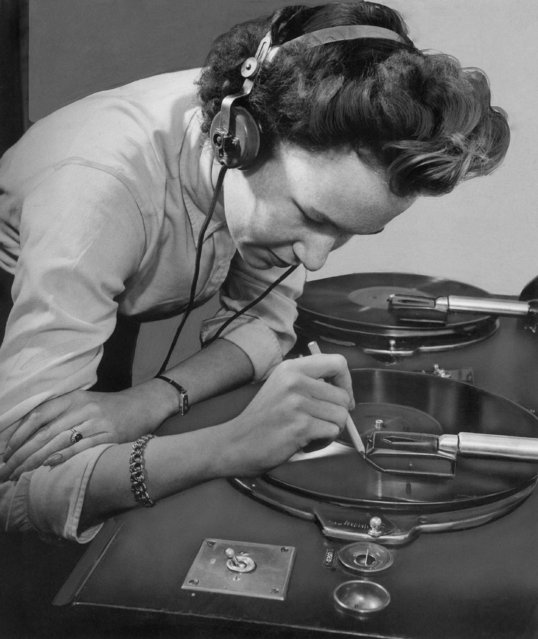 A member of the BBC Recorded Programs Department selects extracts from one of the speeches of American President Roosevelt, January 17, 1943. (Photo by AP Photo) 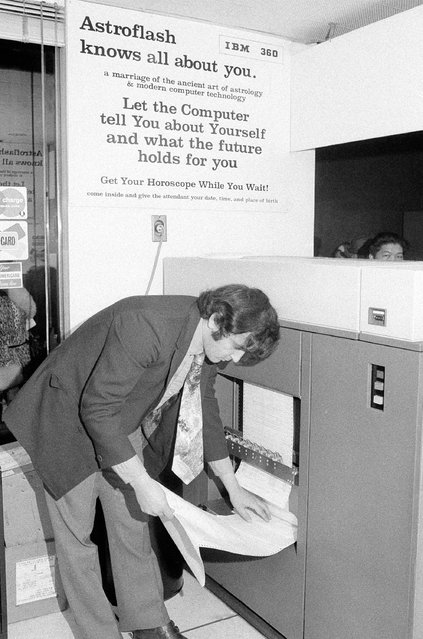 At the “Astroflash” office in Grand Central Terminal in New York January 18, 1971. Your horoscope is computed by IBM machines after you give your day, month, and year of birth, plus city and state, and, if possible, the exact hour. IBM card in punched with this data, and then run through the computer, which spills out your character portrait and a six-month forecast on many sheets of computer copy, costs $10.00. There are other, mote economical readings to be had. The computer operator is Joseph Chillo; the receptionist is Maryliz (cq) Scott. The girl reacting to her horoscope is Elizabeth Speert. (Photo by John Lent/AP Photo) 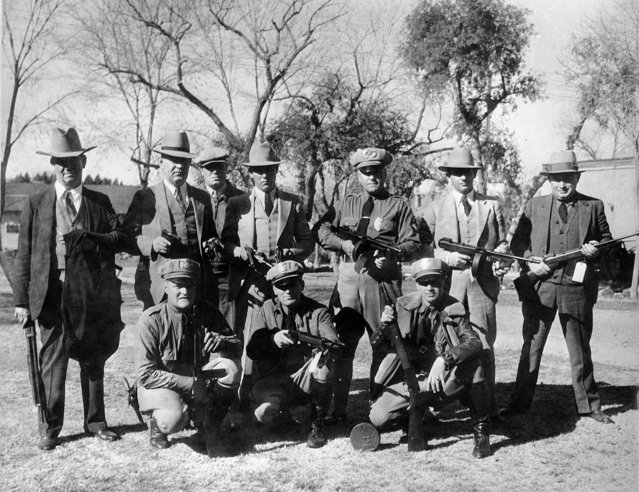 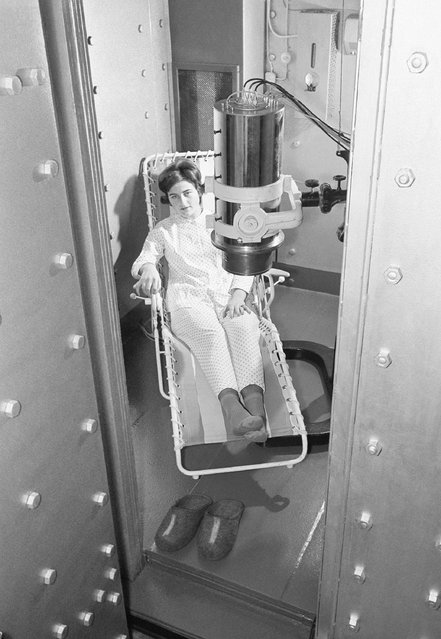 Miss Gisela Kosswig, a technical assistant at the Max-Plank institute for Biophysics in Frankfurt, sits in the patient's chair inside the steel chamber of the new Gamma-Ray spectrometer at the institute in Frankfurt, Germany on January 25, 1961. Over her is the spectrometer's head. The patient wear pyjamas specially made and dry-cleaned by the institute to ensure complete freedom from radioactive materials. The spectrometer measures and analyses the amount, kind and exact location of radio-active substances in the human body. It cost about £31,500 to build. (Photo by AP Photo) 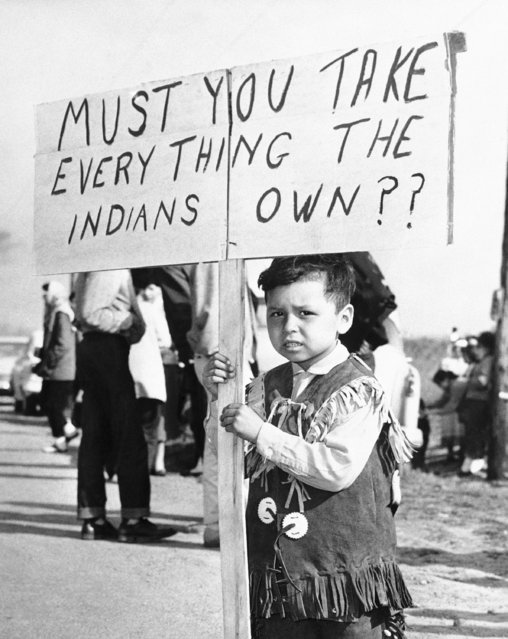 The Niagara, New York, power project was opposed by the Tuscarora Indians January 26, 1961, who didn't want to give up land. More than 500 acres of a 1,880-acre reservoir built back of the power station was owned by the Tuscaroras. The Supreme Court ruled the land was not properly a reservation. (Photo by AP Photo) 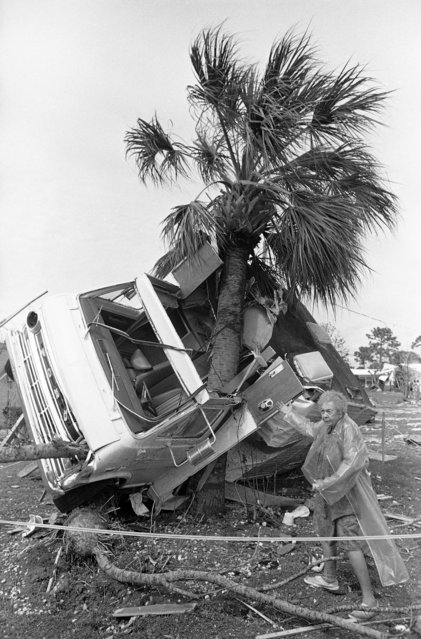 Helen Walz stands next to the family motor home in her side yard in Venice, Florida on Sunday, March 17, 1985, after a tornado swept through the neighborhood damaging homes and business, killing two people and injuring about 40. Walz said her husband was “working on the motor home until 10 at night, but look at it now”. (Photo by Joe Skipper/AP Photo) 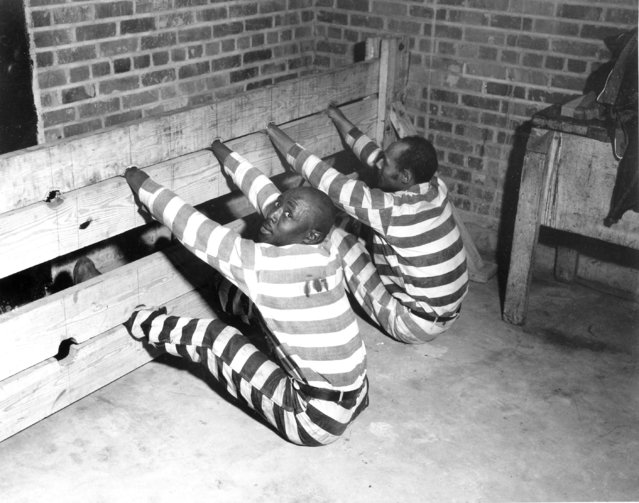 Members of the Bibb County, Ga., chain gang pay a penalty by serving time in the stocks at the convict camp March 8, 1937. (Photo by AP Photo) 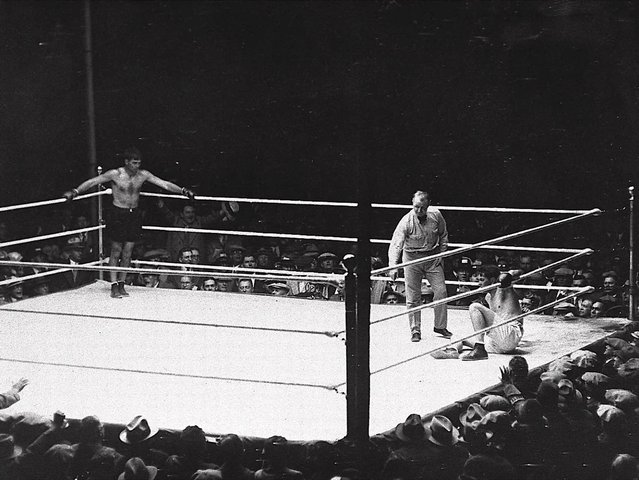 Referee Dave Berry delivers the count over downed champion Gene Tunney September 22, 1927 as challenger Jack Dempsey stands in corner at left during their heavyweight title rematch at Soldier's Field in Chicago, Ill. Tunney got up at nine and went on to win the championship. (Photo by AP Photo) 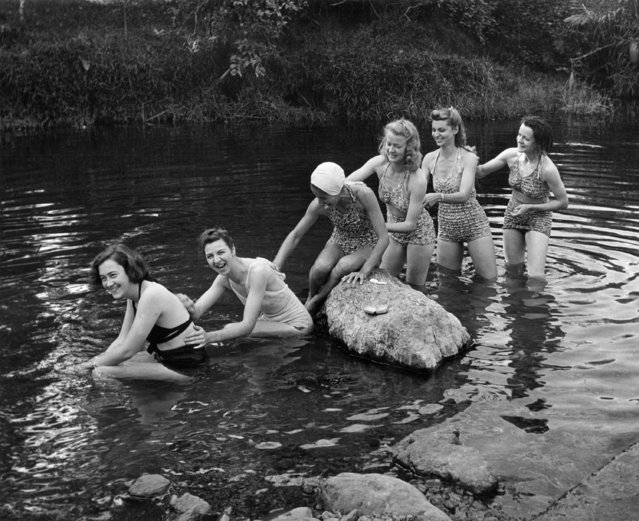 A nearby stream affords this group of U.S. Army nurses stationed in New Caledonia an excellent place to swim and bathe on September 28, 1942. Swimming, hiking and hunting are virtually the only recreations available to the nurses on the island. (Photo by Wallace Kirkland/AP Photo/Life)
Edit Del
01 Aug 2020 00:05:00, post received 0 comments
Publication archive:
←   →
Popular tags:
All tags
Last searches: