They have a point. The Olympic Games are not the United Nations, where every nation is expected to have the opportunity to participate, no matter how horrifying their regimes are. There is precedent for countries boycotting the Olympics, as the Soviet Union and its allies did in 1984, plus Iran and Libya.

Can you imagine the attention that could be paid to the urgent issues of our generation if every nation that wasn't in favor of sharia, mass starvation of political opposition and eviscerating concepts of human rights, simply boycotted the Games? If the only ones left in medal contention were Iran, North Korea, Saudia Arabia and the like?

Of course, Olympics proponents would say that the Games are not about politics – that they are above politics. But that, in itself, is a political statement that is open to rational argument”. – Jonathon Narvey via The Propagandist

Photos: British policemen block a topless activist of Ukraine's prominent feminist rights group FEMEN as she was protesting near the Tower Bridge in Central London on August 2, 2012 on day 6 of the London 2012 Olympic games. FEMEN's activists organised an “islamic maraton” to demonstrate against “islamic regimes” they say being supported by the International Olympic Committee. (Photo by Will Oliver/AP Photo) 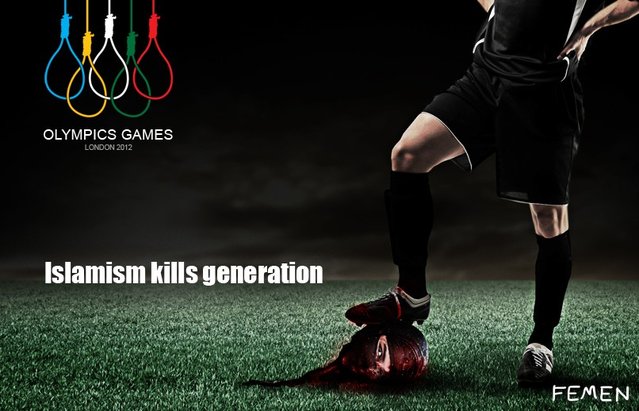 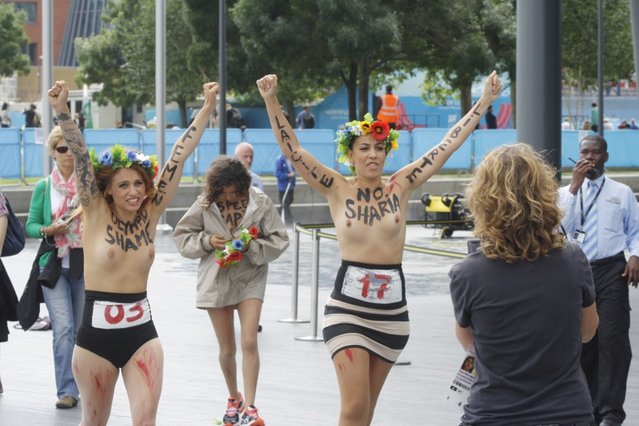 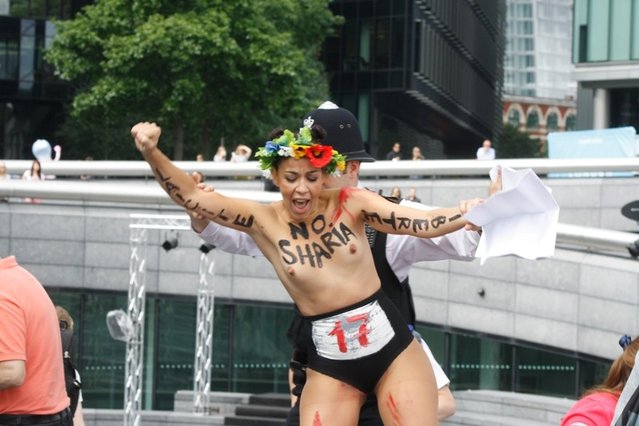 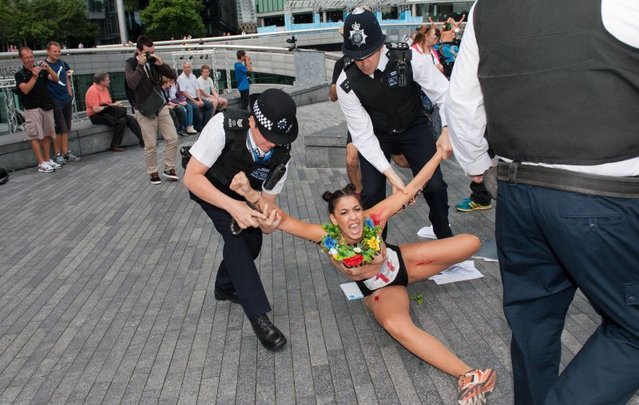 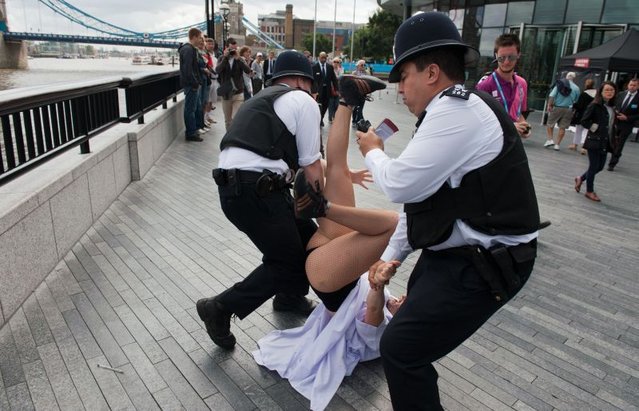 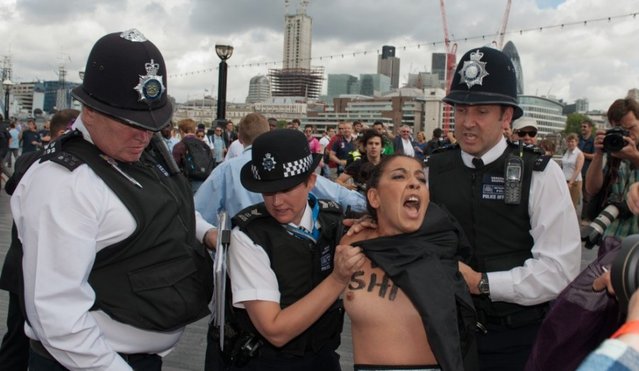 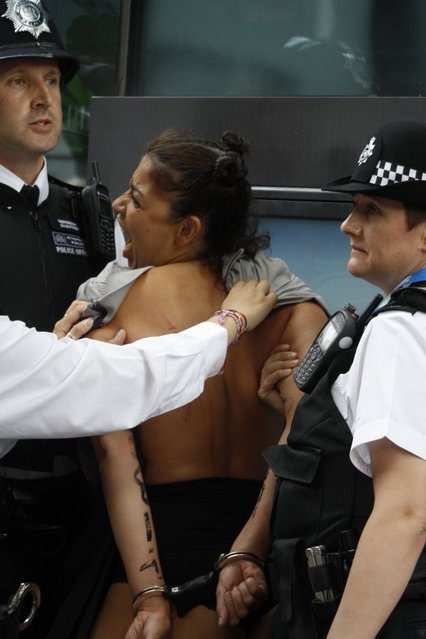 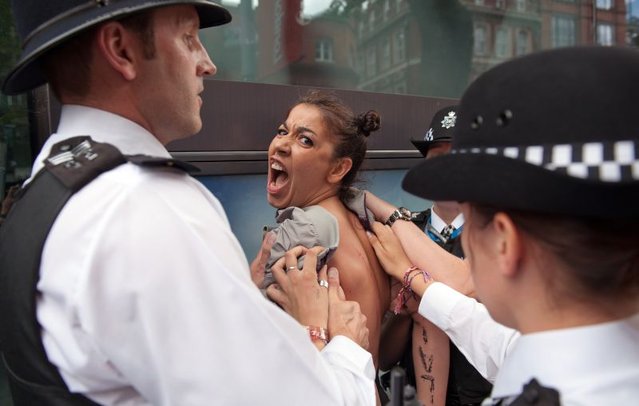 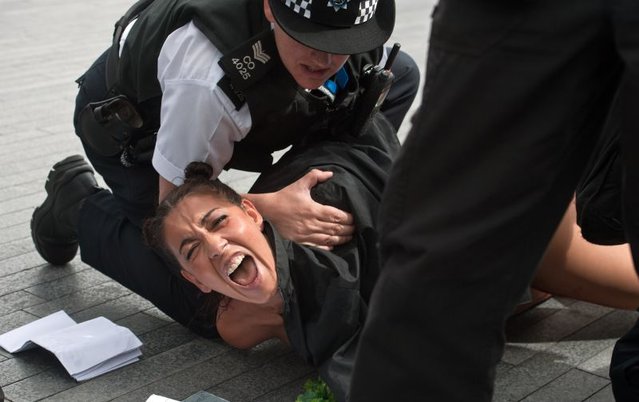 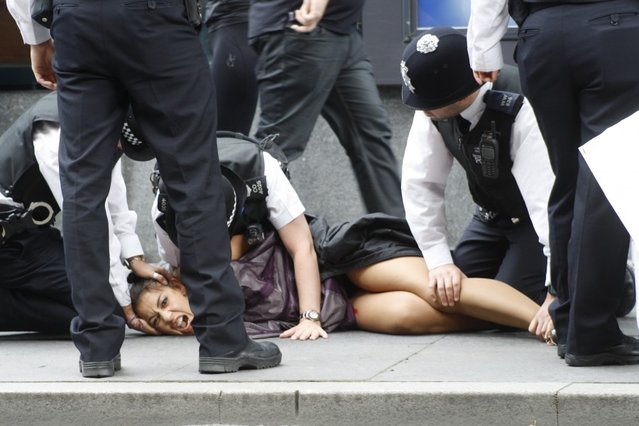 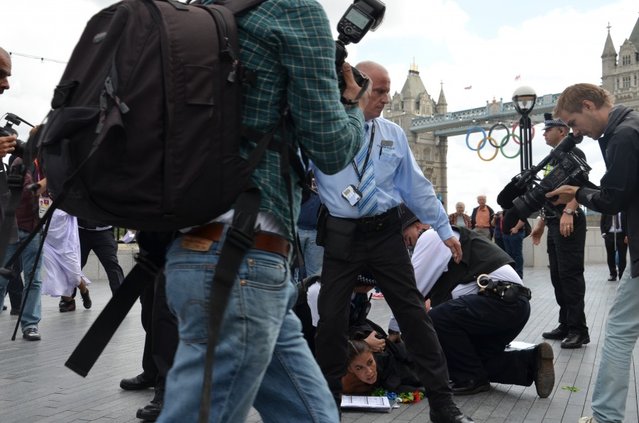 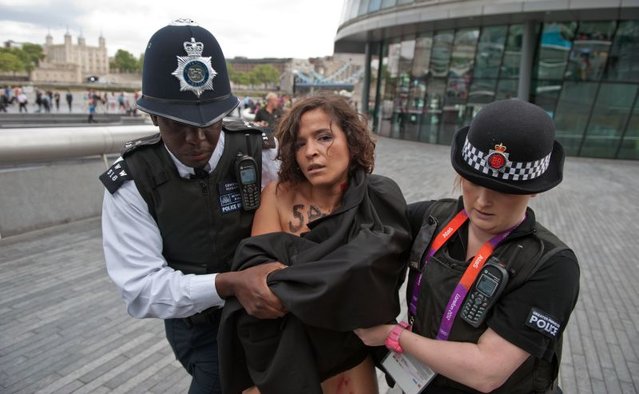 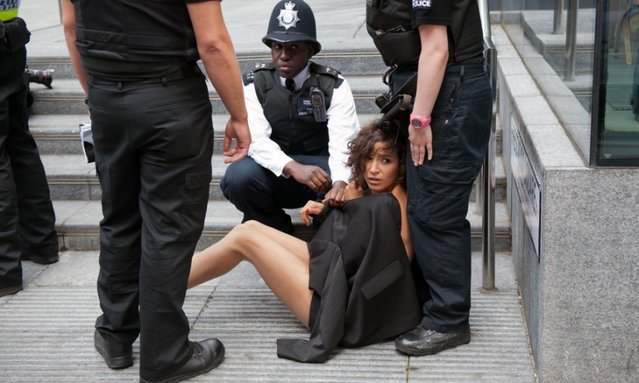