Sad Terrifying Portraits of Indonesia’s Street-Performing Macaques
“Terror often stems not from the unknown, but from something familiar that has been subtly – but unmistakably – transformed. This certainly helps explain why Finnish photographer Perttu Saksa’s series, “A Kind of You”, is so unsettling. Saksa, a portrait photographer by trade, was appalled when, traveling in Jakarta in 2012, he first caught sight of macaque monkeys that had been manacled and forced into roles as “actors” in street performances. In the fall of last year, with the help of an Indonesian journalist, Saksa began investigating people known as “monkey masters” – entrepreneurs who train and rent monkeys to beggars.

Saksa then photographed those monkeys, “in character”, that he found especially chilling; often clad in dolls’ masks and children’s clothes, his subjects convey an eerie, anthropomorphic spirit. Bound by chains and peering from behind masks that, at least ostensibly, evoke playfulness and innocence, the monkeys in Saksa’s portraits are emblems of a primal human fear: the terror of being enslaved, wholly controlled, at the mercy of forces greater than ourselves.

Along with the unease the images provoke, however, most viewers will likely feel another, perhaps deeper response. Namely, anger. How, we ask ourselves, is this sort of abuse allowed to happen, out in the open?

“It’s a matter of empathy”, Saksa once said in an interview with art critic Mika Hannula – an observation that suggests his photographs are more than mere portraits. They are an indictment of our own indifference to the suffering of others.

In early 2013, Jakarta tightened its oversight of the city’s “monkey masters”, making the ownership of monkeys a violation of a criminal code on animal abuse. And two weeks ago, Jakarta’s governor announced a cash incentive for handlers whose monkeys are seized and released from captivity.

Soon, Saksa’s images may serve as spooky vestiges of an archaic tradition. For now, they’re powerful – and eerily beautiful – reminders of a grim reality”. – Vaughn Wallace via The Time. (Photos by Perttu Saksa) 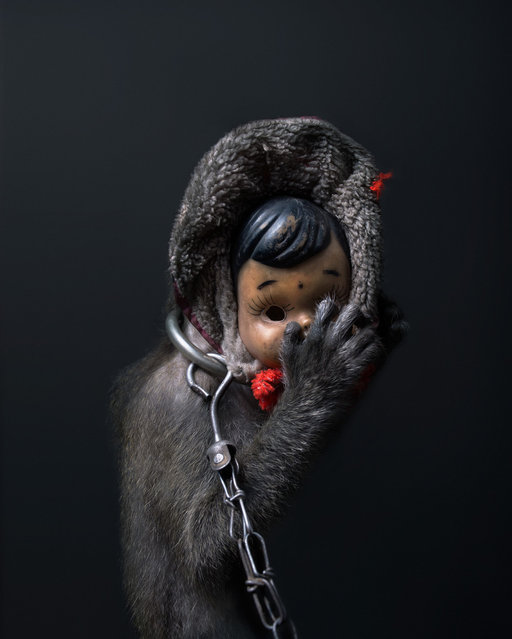 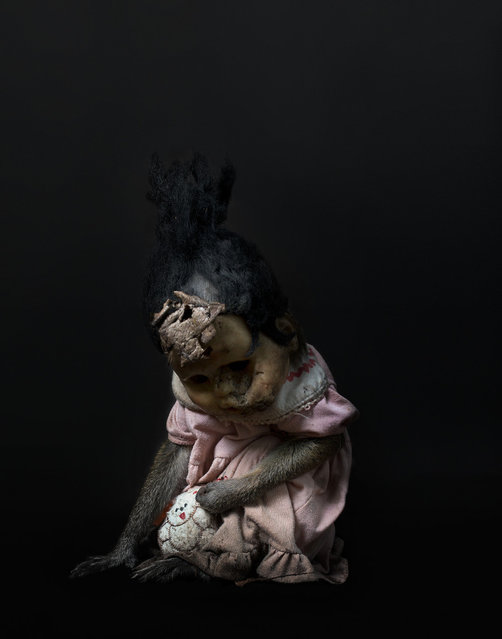 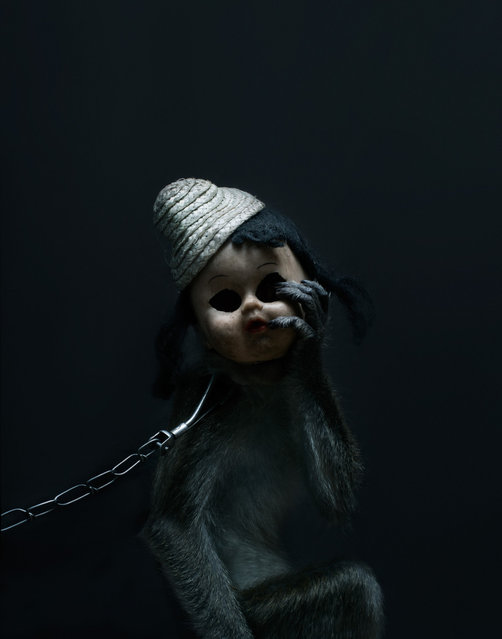 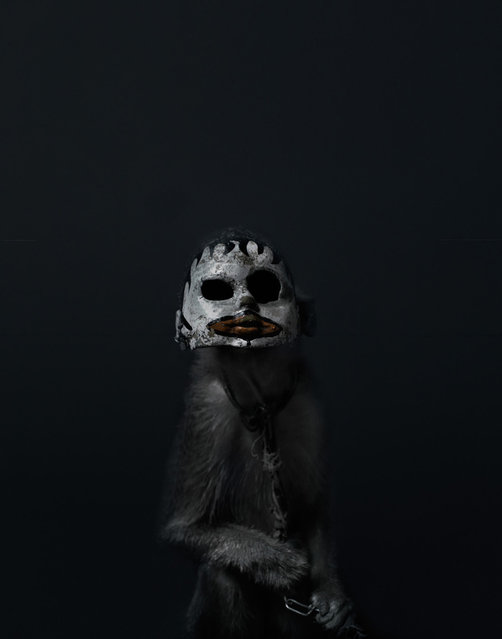 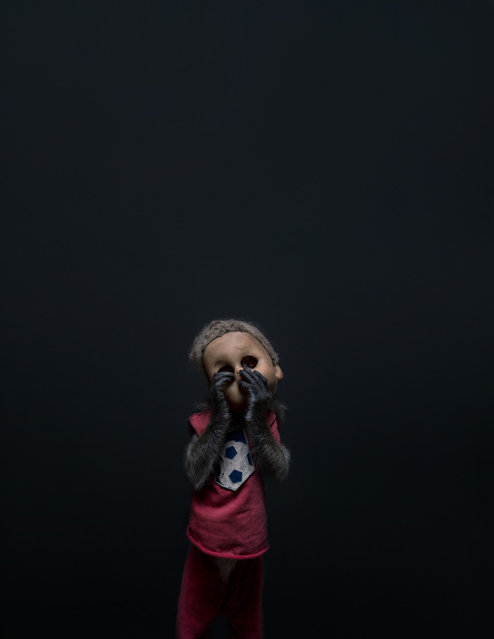 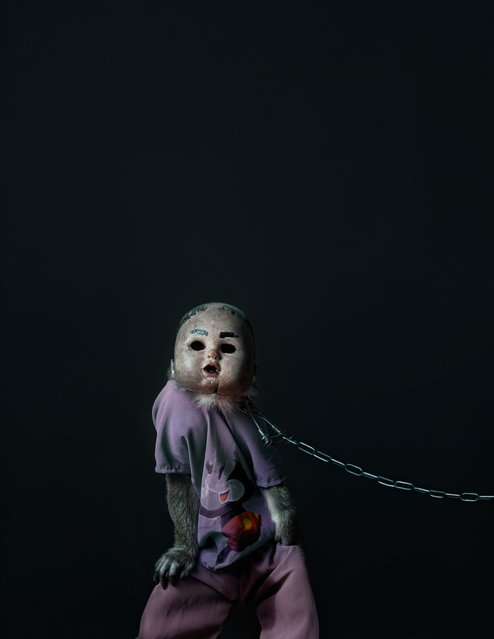 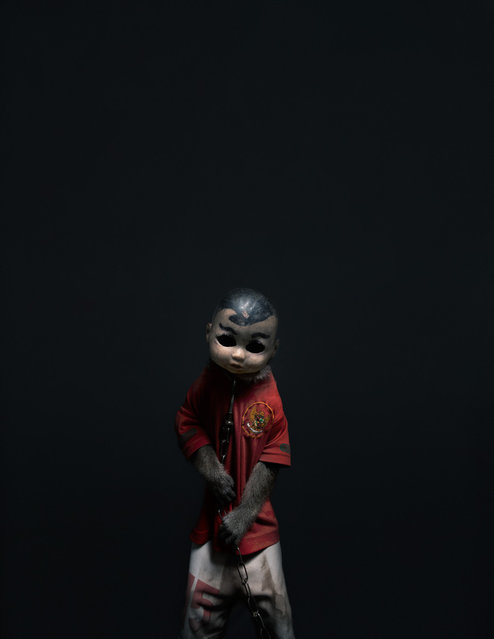 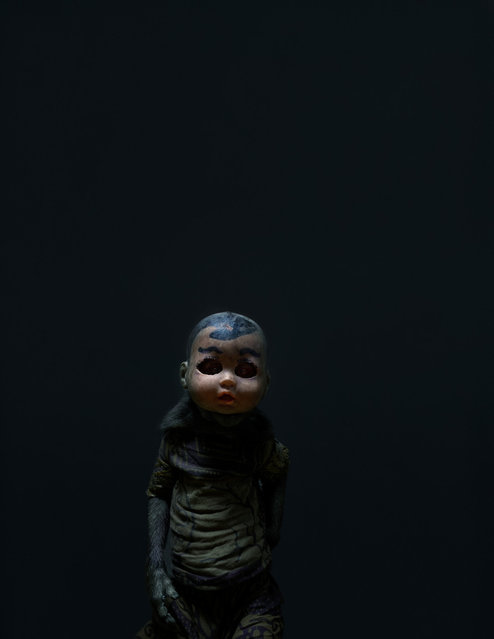 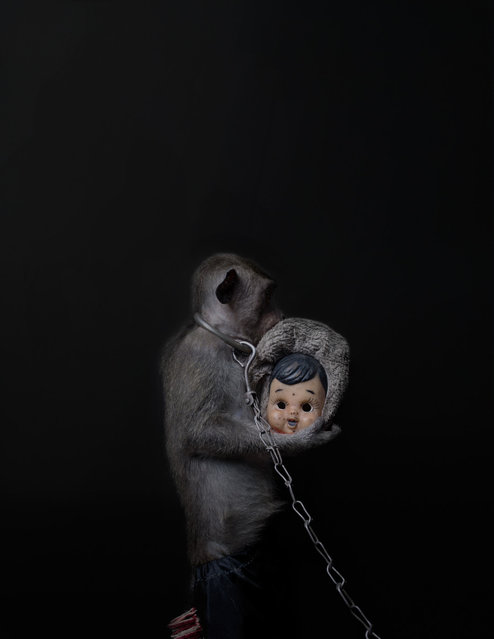 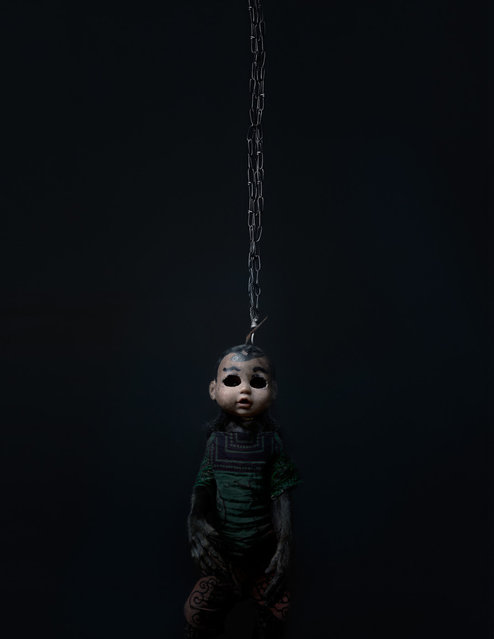 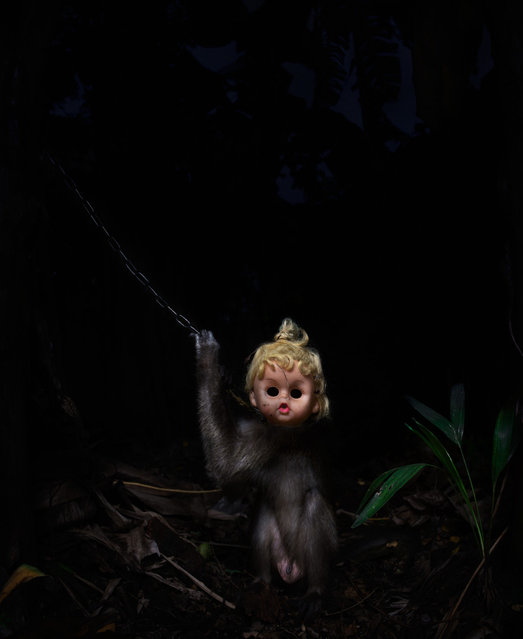 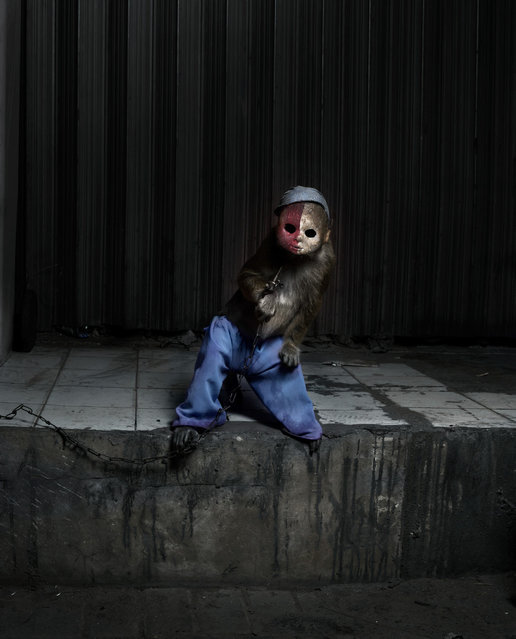 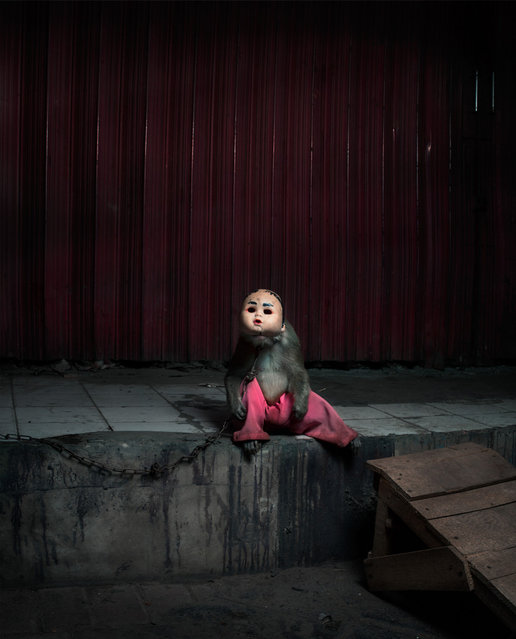 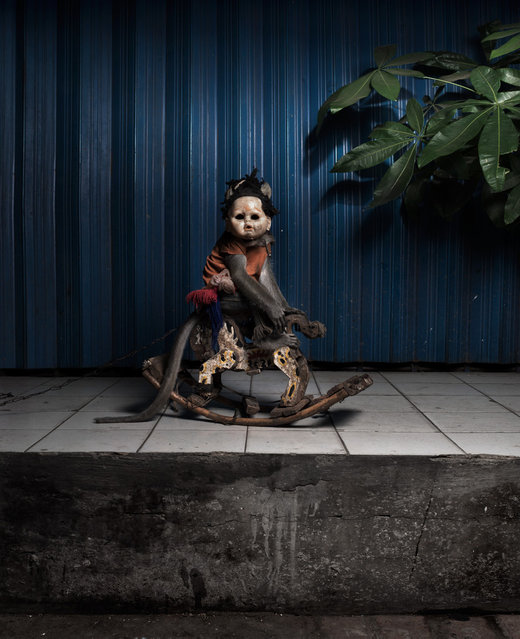 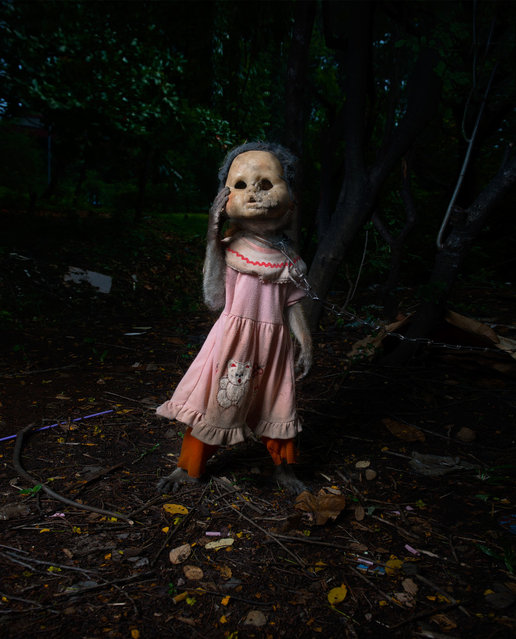 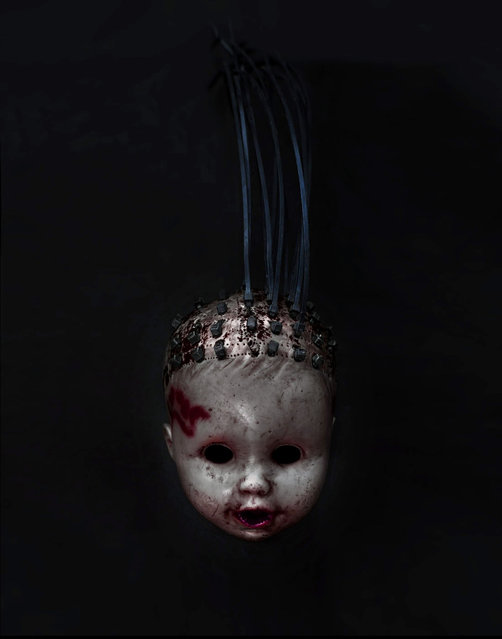 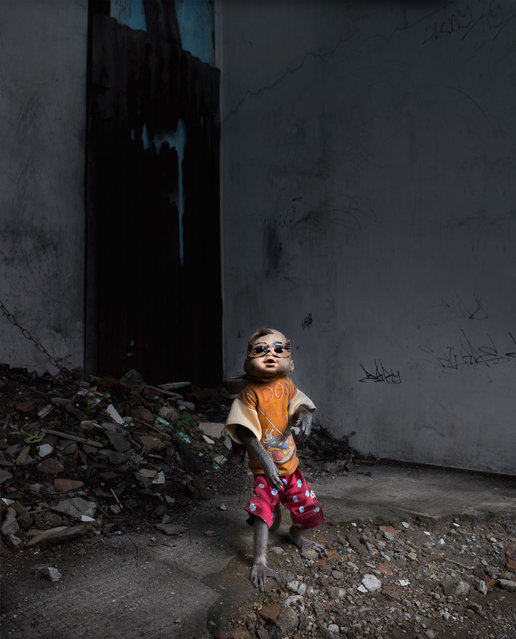 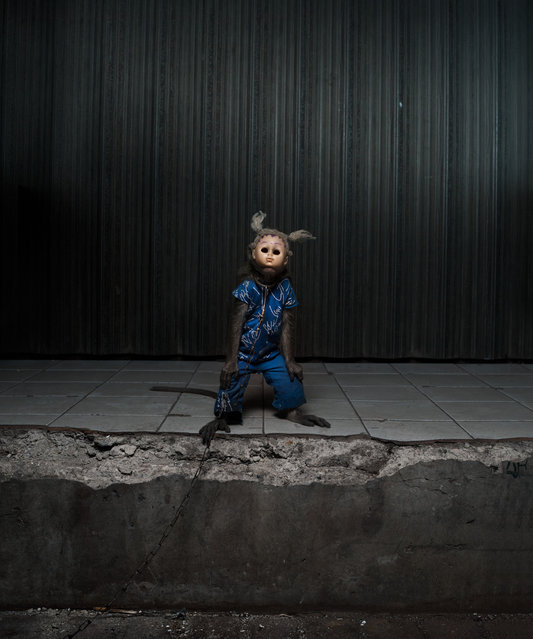 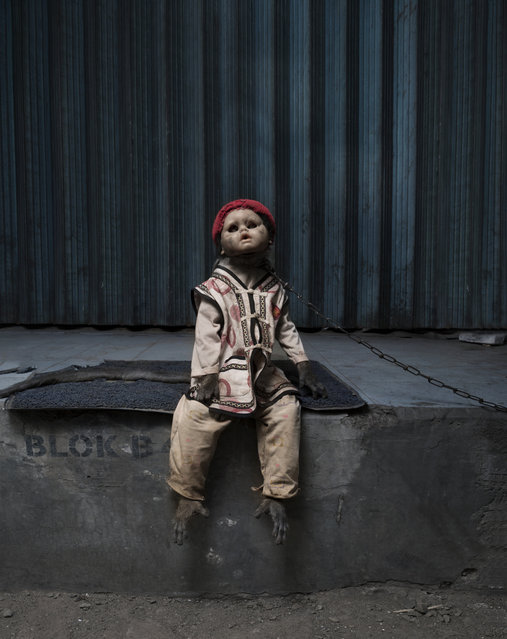