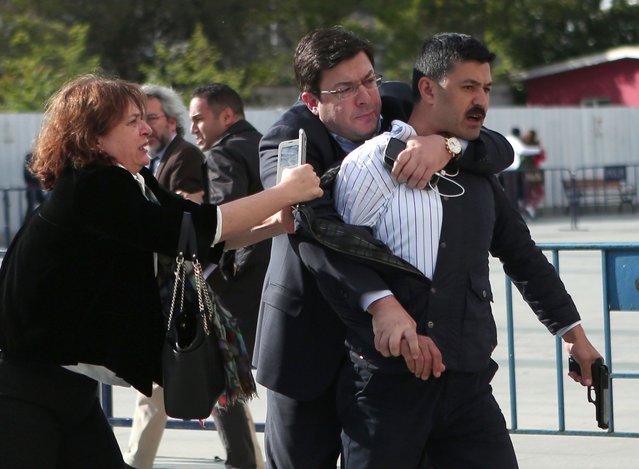 This picture released by Turkish Cumhuriyet Daily newspaper shows Dilek Dundar (L), the wife of editor-in-chief of Turkish newspaper Cumhuriyet daily Can Dundar, trying to stop a gunman who is also being held back by a man on May 6, 2016 in Istanbul. Turkish opposition journalist Can Dundar escaped a shooting on May 5 outside a courthouse in Istanbul where he is on trial, adding police detained the assailant. Dundar, who was unharmed, was outside the courthouse during a break as the court prepared to deliver its verdict in his trial for allegedly revealing state secrets in a newspaper story. (Photo by AFP Photo/Cumhuriyet Daily Newspaper)
Details
07 May 2016 13:30:00,post received 0 comments
Fact Grand National Weekend in Liverpool, Part 1/2 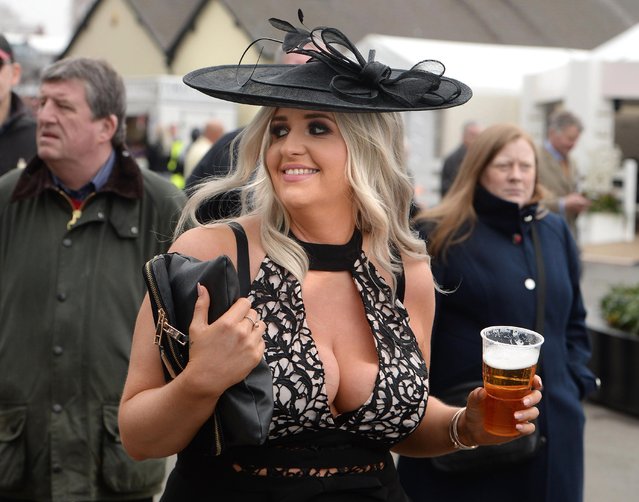 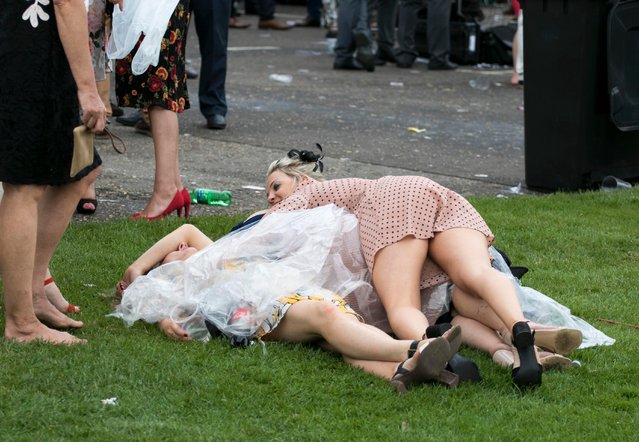 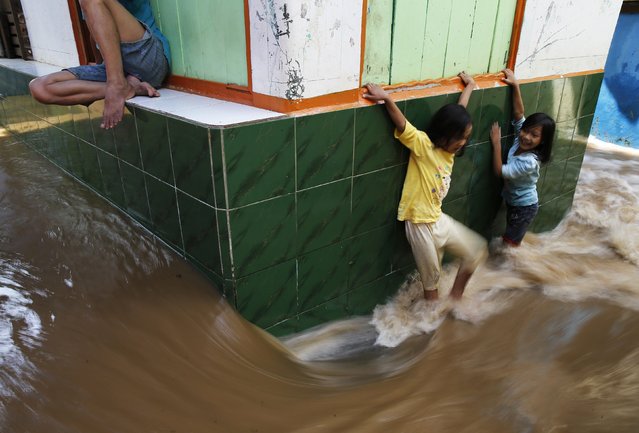 Children try to walk through a flooded street at Kampung Melayu residential area in Jakarta, December 23, 2014. Torrential rains that have continued in Indonesia in recent days have widened the number of flooded areas that include Jakarta and Bandung, a local newspaper said on Tuesday. (Photo by Reuters/Beawiharta)
Details
24 Dec 2014 13:59:00,post received 0 comments
Fact A Look at Life in Cuba 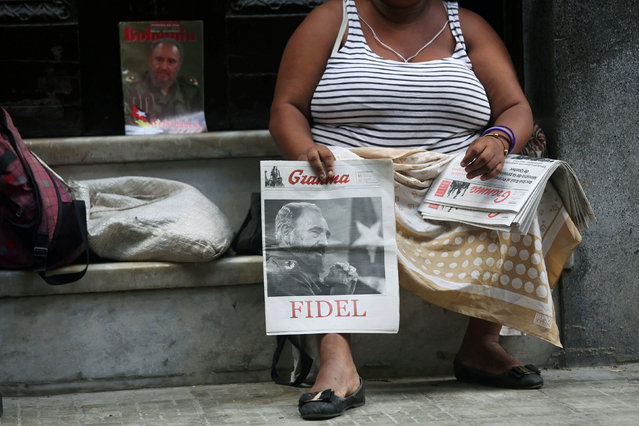 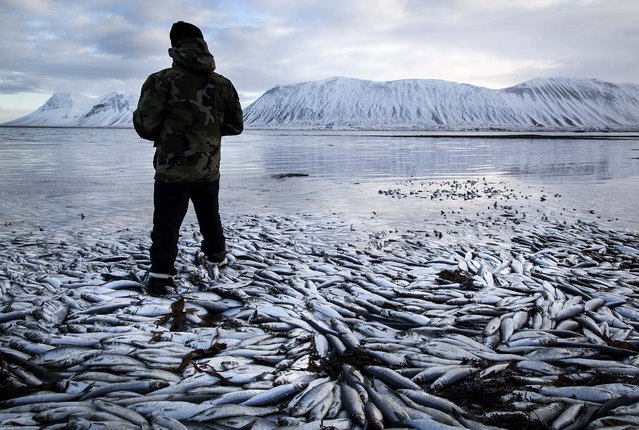 Herring worth millions in exports float dead in Kolgrafafjordur, a small fjord on the northern part of Snaefellsnes peninsula, west Iceland, for the second time in two months. Between 25,000 and 30,000 tons of fish died in December and more now, due to lack of oxygen in the fjord thought to have been caused by a landfill and bridge constructed across the fjord in December 2004. The current export value of the estimated 10,000 tons of herring amounts to $ 9.8 million, according to the newspaper “Morgunbladid”. (Photo by Brynjar Gauti/Associated Press)
Details
06 Feb 2013 09:46:00,post received 0 comments
Fact Animal Photos of 2016 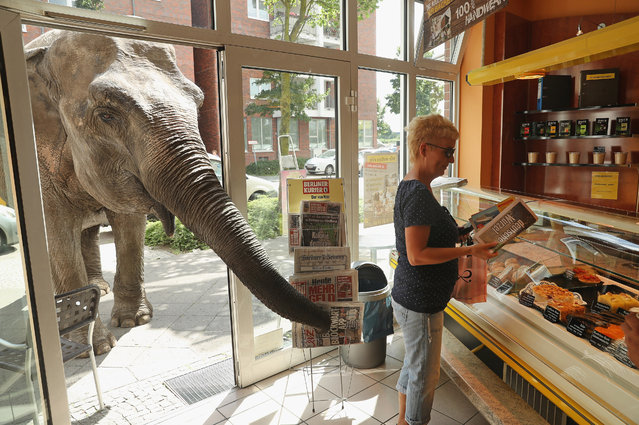 Maja, a 40-year-old elephant, extends her trunk into a bakery as a customer buys a newspaper while Maja took a stroll through the neighborhood with her minders from a nearby circus on July 1, 2016 in Berlin, Germany. (Photo by Sean Gallup/Getty Images)
Details
29 Dec 2016 07:42:00,post received 0 comments
Fact Gravedigger Loses Job After Saluting In Burial Plot 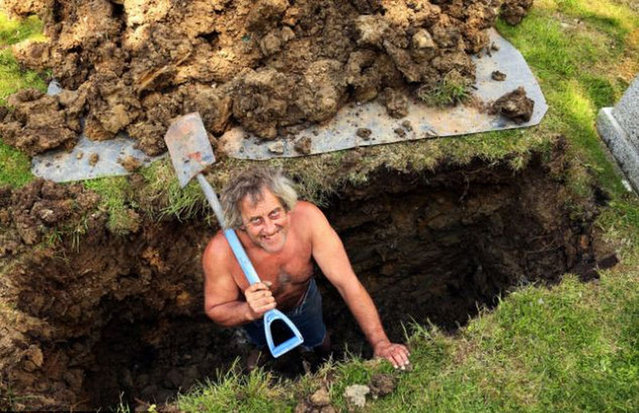 A gravedigger has lost his job of 40 years after a photograph of him standing half-naked in a burial plot was deemed offensive and provoked outcry among local newspaper readers.
Details
28 Aug 2014 11:55:00,post received 0 comments
Popular tags:
All tags
Last searches: